Julie Johnson was astonished as the proud guide pulled the tags from his wallet.

Two of the monarch butterflies she had hatched 1,786 miles away in Oakland, Nebraska, had made it to the Monarch Butterfly Biosphere in Michoacán, Mexico.

It made an intense horseback ride up the mountains to the World Heritage Site last spring worthwhile for her and husband Terry.

“He doesn’t like horses, but he did it anyway,” Julie says. “It was quite a ride.”

Julie, a grocery store owner in Oakland, has been raising and tagging butterflies for six years — 500 of them — since seeing it done on a visit to Hitchcock Nature Center in Honey Creek, Iowa, with her granddaughters. She records her efforts with the Monarch Watch at the University of Kansas.

Each butterfly gets a little white sticky with a number that is recorded along with whether it was raised or wild, and male or female. If the tag is found on a deceased butterfly in Mexico, conservationists report it back to the Monarch Watch.

“I raise and tag monarchs all summer long,” Julie says. This year she has raised the second and third generations, and the fourth generation is laying eggs. That’s the generation that migrates to Mexico.

The day we talked, Julie had 30 eggs growing on milkweed plants in mesh laundry baskets in her former hot tub room. With screened windows, it’s almost like being outdoors.

With a diet of milkweed, the eggs grow into larva and then pupa. In the final step, she never tires of watching the beautiful transformation from chrysalis into butterfly.

“Then you let them go. You open up the door and let them fly. And then they go do their thing again.”

Julie doesn’t just raise them. Last year, the citizen scientist netted hundreds of monarchs in a seven-day stretch as the butterflies migrated through Oakland. She’d catch 30 in her net at a time, tagging and recording each one before letting it go.

Julie works it in around running Nelson’s Food Pride, which has been around for 110 years. She’s a third-generation owner and son Dillon will be the next.

She’s also an avid gardener with beds at her home, the grocery store, the Swedish Heritage Center and the family’s bed-and-breakfast inn, The Bing, on Main Street. It gives her a lot of places to capture monarchs, she says, and lots of areas to grow milkweed.

She’ll head outdoors to prune and weed after a long day at the store.

We’ll take a generous slice, please and thank you.

With regional mini-vacations and plans for next year, people aren't giving up on traveling

Travel most likely will be forever changed as the world reopens for business.

Where in the world is Tobago? Omahans say it's as close to paradise as you'll come

Tobago is totally void of commercialism and crowds, a quality that the islanders work fiercely to maintain.

The plan: Hit the big tourist sites like Grand Canyon, Antelope Canyon and Sedona and see what other gems lie in between.

Only part of the Grand Canyon is open for off-peak travel, but winter may be the best time to visit.

The area is known as Dev Bhoomi, "land of the gods." But the beauty of the mountainous landscape could also be called divine.

After a decade of home updates, mix of traditional and contemporary is finally 'them'

The homeowners have been chipping away at their to-do list since purchasing the 1983 five-bedroom walk-out ranch near Zorinsky Lake 10 years ago.

A stay at the 1910 home provides a break from the hustle and bustle of city living and gives people a glimpse of life on the prairie years ago.

Christen: Confessions of a do-it-yourself tourist on a guided tour of Prague and Budapest

My husband and I pride ourselves on self-guided travel. Being part of a pack of 50, following a guide with a red flag and a strict timeline, is not our idea of fun.

A cooking class was the last thing I wanted to do as a tourist in Budapest. But there I was, preparing paper-thin pastry layers for apple strudel. And loving it.

How to be a temporary local in Prague, one of Europe's most fascinating cities

This 1,000-year-old city, capital of the Czech Republic, is a mind-boggling treasure chest of history, architecture, art, culture and tradition.

We can't spread it on thick enough: 'Foodies' need your help with PB & J Challenge

The 150 women in the group are holding a friendly competition to see how many plastic jars of peanut butter and jelly they can collect through Sept. 30.

Jan Riggenbach made a career of writing about gardening

Although she won't be writing about it in The World-Herald any longer, she'll still be working on her yard.

Don't toss those green tomatoes! Ripen and freeze them instead

Even though he hates to see summer end, Evans is ready to say goodbye to this gardening season.

“I think everything that could go wrong did,” he said.

Nancy Crow fans traveled from as far as Virginia to see her work, on display at the International Quilt Museum

The Omaha Conservatory of Music has commissioned original music from artist-faculty and other area composers that will be played during the narration of several favorite children’s books.

The garden is feeding multiple pantries, with 1,539 pounds of food donated so far, and it’s become a learning center for children, teaching them about sustainable gardening and monarch butterflies.

Times when buying generic or secondhand pays off

Times when buying generic or secondhand pays off

Spruce up your home without spending a lot of money

Spruce up your home without spending a lot of money 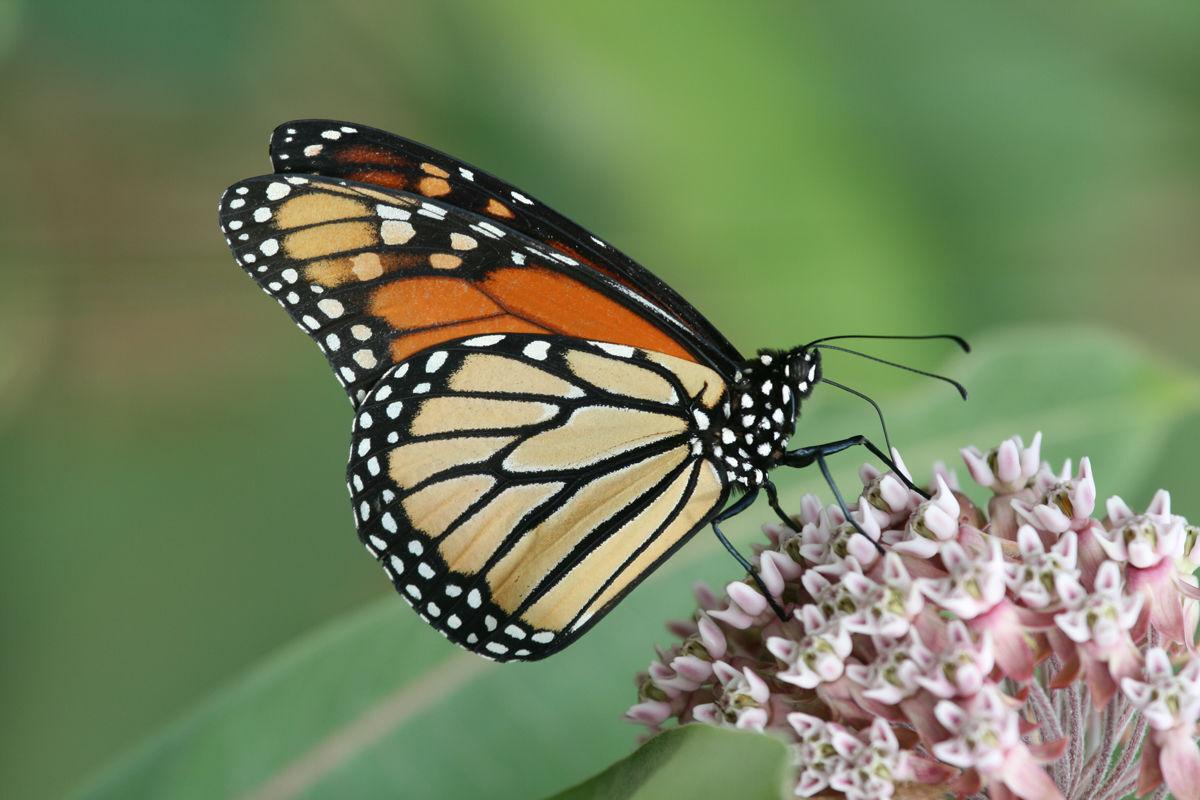 Monarch butterflies lay their eggs on milkweed plants, which the eggs feed on. 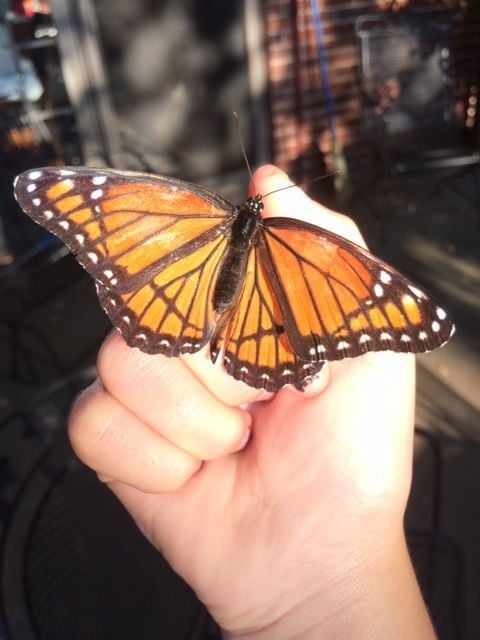 Julie Johnson raises monarch butterflies in her gardens, tags them (and wild specimens that she nets) and tracks their movements with the Monarch Watch at the University of Kansas. 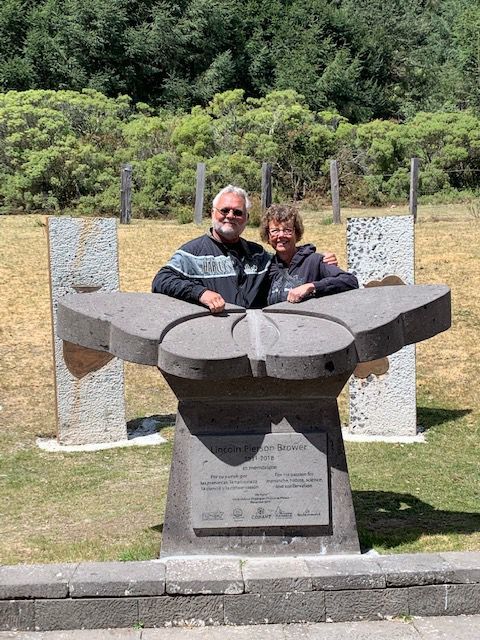 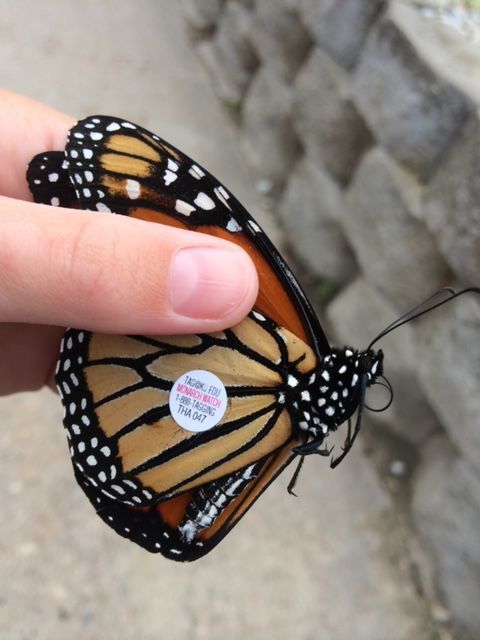 A tag on one of the monarchs Julie either hatches or catches. 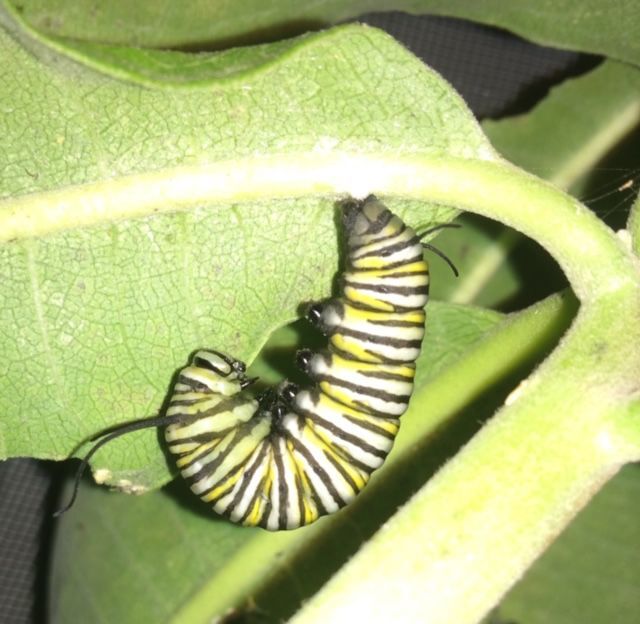