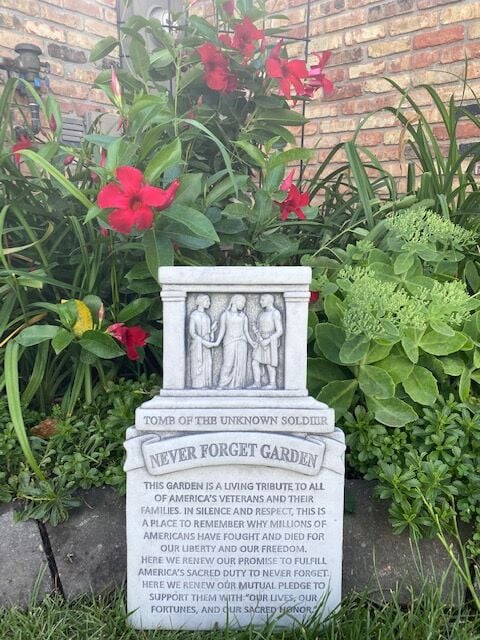 One of the markers for the Never Forget Gardens. 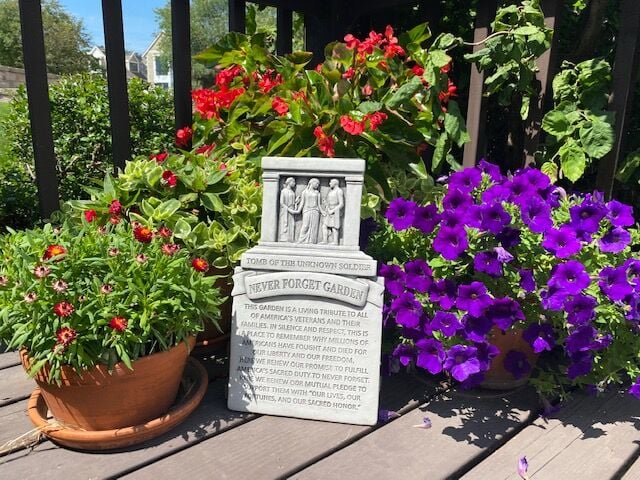 The Never Forget Garden Project is part of the 100th anniversary of the Tomb of the Unknown Soldier.

This Memorial Day weekend, Judy Ekeler is asking homeowners to consider displaying their patriotism in their gardens.

The Fremont resident is an organizer of the Never Forget Garden Project, created for the 100th anniversary of the Tomb of the Unknown Soldier at Arlington National Cemetery.

Ekeler is a national vice chair of the Daughters of the American Revolution, which is working on commemorative events with the Society of Honor Guard at the Tomb of the Unknown Soldier.

With the actual centennial commemoration on Nov. 11, now is the time to plant and mark a Never Forget Garden to encourage passers-by to think about what the tomb means to Americans, Ekeler said.

As you’re considering your plantings, include a white rose. It’s the symbol for the 100th anniversary because the American Rose Society has found that the white rose was used in the arrangement placed on the casket of the American Unknown Soldier from World War I in France. The Rose Society is developing a Never Forget Rose that will be available to nurseries in 2022.

For more information on the project, go to tombguard.org and click on centennial at the very bottom of the page and then centennial projects.

You can make your own sign to mark your garden or order one at tombguard.org/store. The stones are $122 and can withstand extreme weather conditions.

Ekeler has a Never Forget marker at her house, in a garden that is filled with ily of the valley, old-fashioned lilacs, begonias and zinnias, some transplanted from her mother and grandmother’s yards.

The rose garden at the Louis E. May Museum and the Veterans Memorial on Military Avenue in Fremont will both have markers.

“This is a great project because it’s a visible way for all of us to recognize those who are serving and who have served,” Ekeler said. “It is our hope that the Never Forget Garden will open dialogue about the sacrifices of our servicemen and women and their families, as well as the 100th anniversary of the unknown soldier.”

Those same volunteers have already been tending the group’s gardens at 21st and Leavenworth Streets for the past eight years.

The new beds were built by volunteer carpenters from the Knights of Columbus St. Stephen the Martyr with materials donated from several local lumber and hardware stores. The soil used to fill the beds was donated by members of Hillside Solutions’ Compost Club.

“All of this incredible work is happening so that we can provide fresh, nutritious, locally grown produce to members of our community who are struggling. It’s beautiful to see so many people come together to help,” said pantry manager Gillian Cromwell.

This year, the society will also accept produce from home gardeners.

“Everyone knows a gardener who has tomatoes coming out of their ears in August. We want to help connect those gardeners to folks in need,” Cromwell said.

How much will the pandemic impact the social skills of kids

How much will the pandemic impact the social skills of kids

One of the markers for the Never Forget Gardens.

The Never Forget Garden Project is part of the 100th anniversary of the Tomb of the Unknown Soldier. 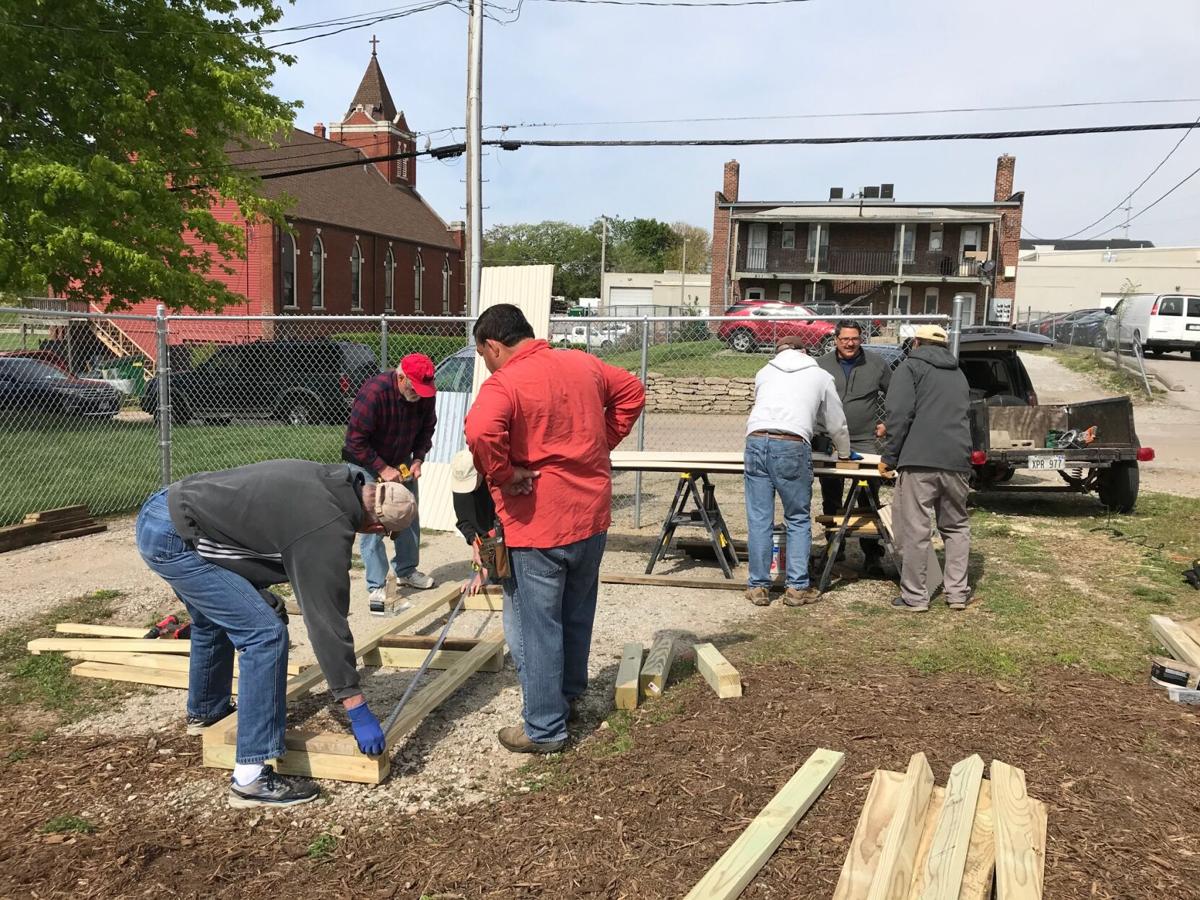 The volunteer carpenters of the Knights of Columbus at St. Stephen the Martyr, under the direction of coordinator Steve Cinnamon, constructed eight new beds for St. Vincent de Paul.