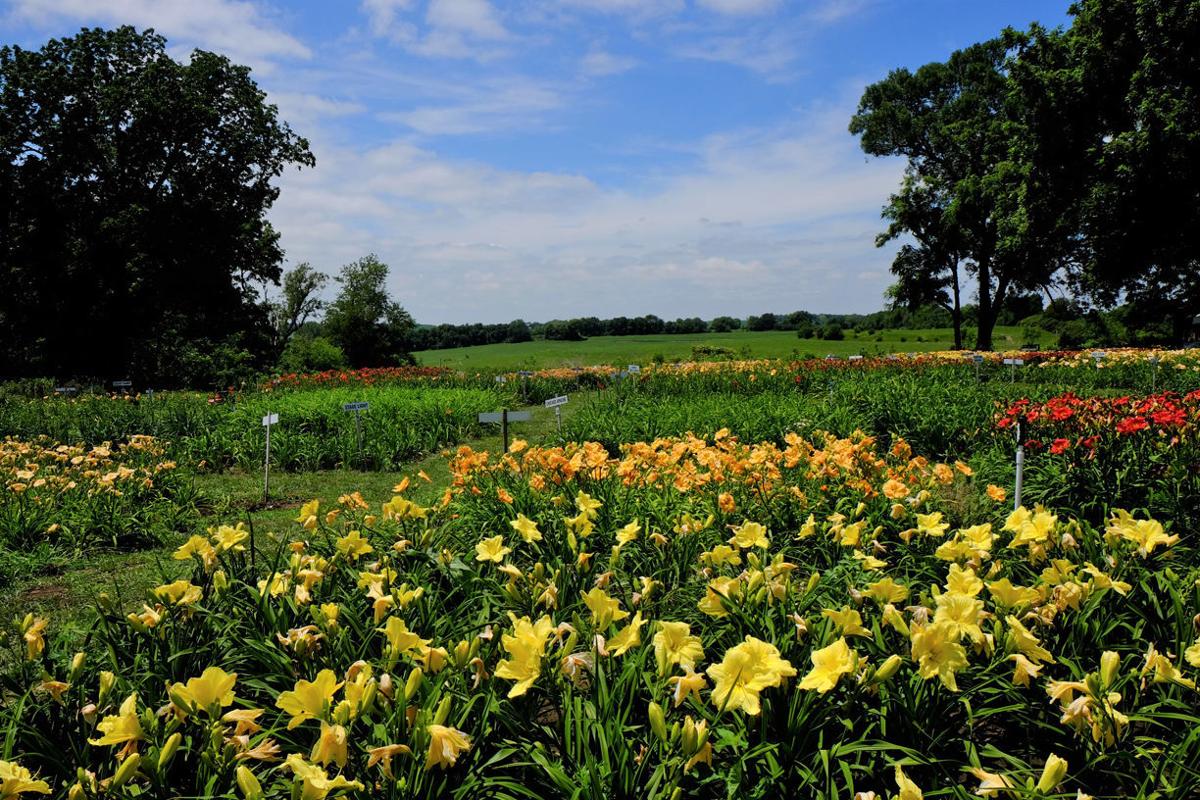 Lu and Todd Peverill established Hillsdale Lily Garden in Glenwood, Iowa, in 2015 with a gift of 12 plants. Today they have 160 varieties. 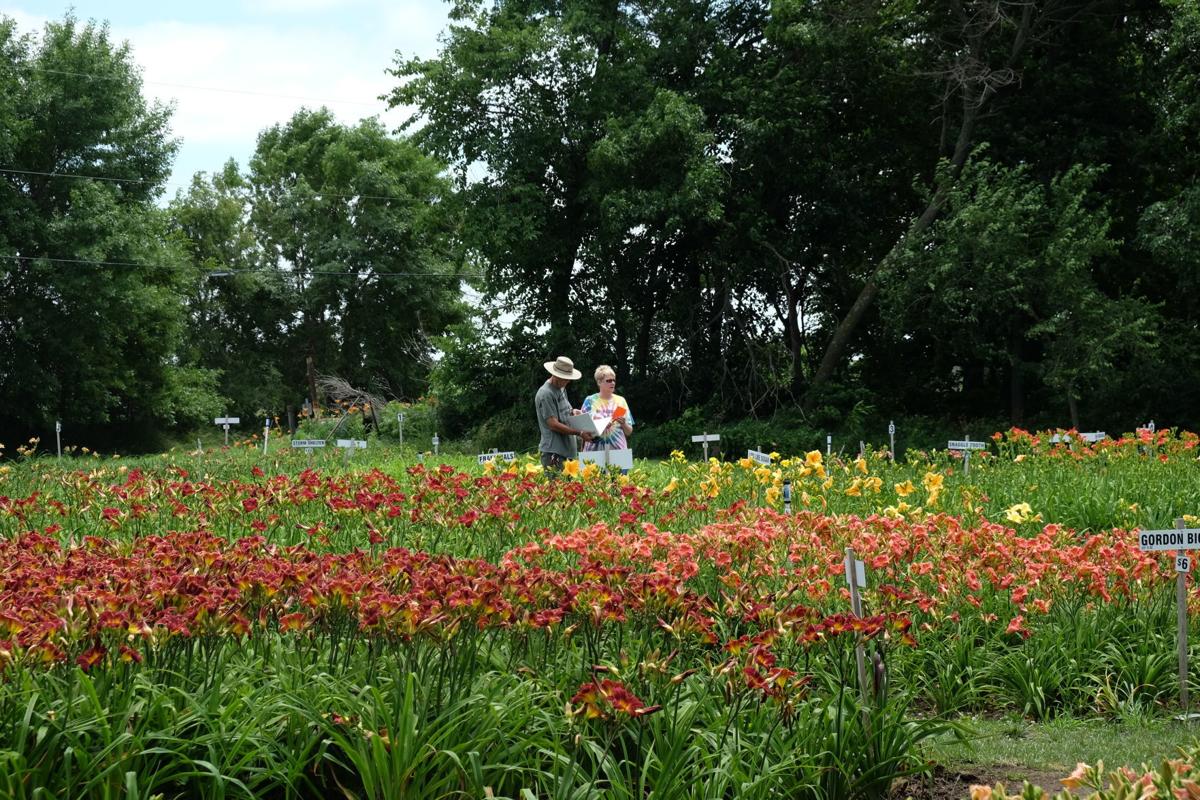 Customers make their selections and then Todd and his helpers do the rest, digging up the plants and loading them in vehicles.

It may have been divine intervention.

Lu Peverill’s mom had a friend in hospice care. So mother and daughter went to visit her together.

Jim Schultz, the dying woman’s son-in-law, was also there.

As their small talk unfolded, Jim told Lu of his daylily business in upstate New York. Lu, who has roots in farming and gardening, listened with interest. Jim took note and suggested that she could start a daylily farm of her own.

Lu dismissed the idea. She was happy being a counselor at Lewis Central High School nine months out of the year. She also liked her summers and her pastures in rural Mills County just the way they were: unspoiled and uninterrupted.

But when Lu and Jim met again at his mother-in-law’s funeral, Jim resumed the conversation. This time, Lu’s husband, Todd, was tuned in.

Todd coaches boys track and cross country. In addition to being a high school counselor, Lu is an assistant coach to Todd’s teams. Summers could easily be devoted to a flower farm, Todd rationalized.

“I like being home in summer — with downtime,” she told him.

A few weeks after the funeral, a box with 12 of Jim’s favorite plants arrived. His handwritten note said, “Just plant them and see what happens.”

Lu put the lily starts in the ground in a tidy row near the house. By midsummer, the plants were putting on an impressive show. “They were beautiful,” Lu says of the prolific blooms.

Still, she wasn’t convinced she wanted to be a commercial grower.

“Then Jim sends another handwritten note saying, ‘God has been good. It is time for me to pay it forward. I want to help you start your lily farm.’ ”

“He offered to sell us whatever we wanted for pennies on the dollar,” Lu said. “I try to lead a spiritual life. So I started thinking, maybe it’s not what I want but maybe it’s meant to be. So we threw together $500 and bought our first plants.”

The Peverills would name their business Hillsdale Lily Garden, in a nod to the railroad town that existed here when Lu’s grandparents tilled the ground for flowers and vegetables more than a century ago.

The starter plants from Jim’s farm arrived in the fall of 2015. About the same time, Todd noticed he wasn’t feeling 100% and suspected it was his heart. The former All-American high school and college runner already had a stent. Now he would need triple bypass surgery.

Todd, ever the optimist, said, “We’ll just ask the cross- country boys to come plant them.” He called for volunteers at practice and seven or eight teens raised their hands.

Ever since then, student help has been invaluable, the Peverills say. They hire two or three teens each summer. This year, one of the young men who helped plant those first lilies is returning as a college freshman to manage the gardens with Todd.

The grounds include a newly constructed greenhouse, where Todd’s goal is to have five plants of every variety in bloom by Mother’s Day. “It’s still an experiment at this stage,” Lu says.

All told, Hillsdale features 160 varieties of lilies, including 30 newcomers for 2020. The No. 1 seller, season after season, is Bamboo Blackie. “Its sales are triple everything else,” Todd says of the prolific bloomer that changes color as the day wears on. Lemon Custard and Alabama Jubilee round out the Top 3.

Todd’s personal favorite is a new variety, Purple Peace. But it’s hard to ignore Going Bananas — a rebloomer that starts early and blooms through frost. Lu is partial to Scintillation in Pink. “I’m a pink girl.”

Each lily variety is cataloged by name, photo, description, bloom time and price. Customers can flip through the binders, select their favorites and then walk 5-foot-wide paths to see them in full glory in pasture beds from June through August.

This isn’t a pick-your-own garden. Shoppers tag their selections and note them on slips of paper for Todd and his teen helpers, who dig up, bag and haul the plants to the checkout table, and ultimately, to waiting vehicles.

“At this point, it’s a hobby,” Lu says of the colorful carpets of plants. “We both still have full-time jobs.”

“If you can’t drive the shovel into the ground, you’re not working,” Todd lobs back.

He calls to his trio of teen helpers. “Come on, guys.” And they’re off to dig up a clump of Custard Candy to go.

What: Commercial daylily farm open to the public

For natural home fragrance, simmer a mixture of these fruits, herbs and spices in water

Take a shine to this DIY miniature lighthouse for the garden

Sweet, simple sachets to give you a burst of lavender scent year-round

As I write this, spring is delivering a hopeful explosion of new life — and perhaps, freedom to be out and about.

You won't find your usual plants at this Lincoln greenhouse

When it comes to interior design, Mary Jo Maley is adventurous. “I’m not afraid to mix patterns,” she says.

Some of their bigger projects: remodeling the kitchen, replacing flooring, adding a feature wall in the dining room and moving the laundry room to the second floor.

This make-your-own paintbrush project starts with a nature hike

Collecting nature objects for this all-ages activity is half the fun. Roam your backyard or go for a neighborhood walk and see what interestin…

Many of the people who asked for seeds after reading about the Nebraska Monarchs giveaway sent letters and artwork along with their requests.

The arrangement is so large it stretches across two benches in the circle drive at the Durham Outpatient Center at 44th and Emile Streets.

Making your own compost is easy. We can show you.

How this Iowa artist turns metal into lifelike tree sculptures

Woody Jones' welding hobby branched out from rustic fire pits to 1-ton trees in the span of a year.

Lu and Todd Peverill established Hillsdale Lily Garden in Glenwood, Iowa, in 2015 with a gift of 12 plants. Today they have 160 varieties. 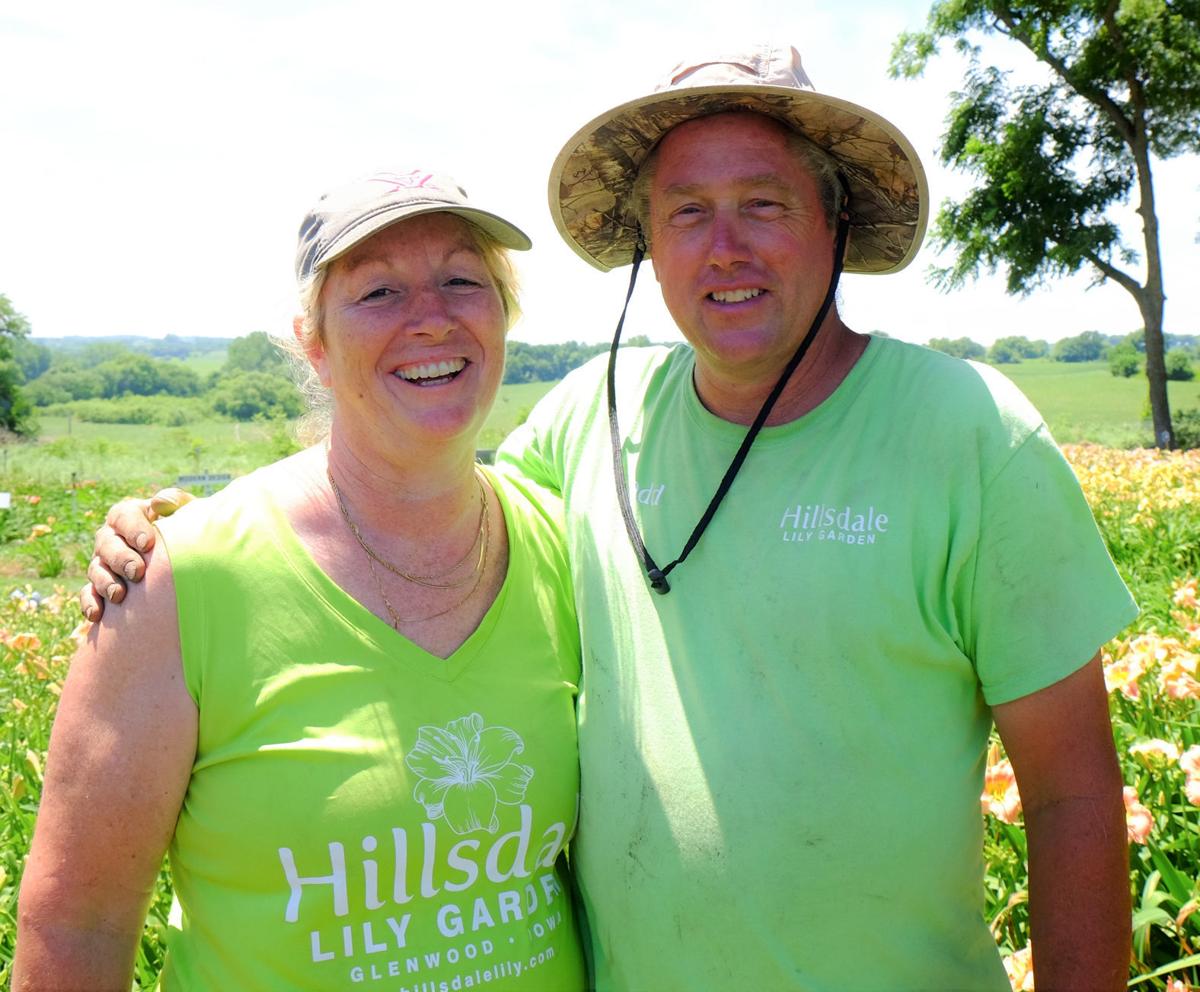 Besides gardening, Lu and Todd Peverills keep busy with full-time jobs in the local school system, small farmyard animals and two of four grandchildren living in the area. 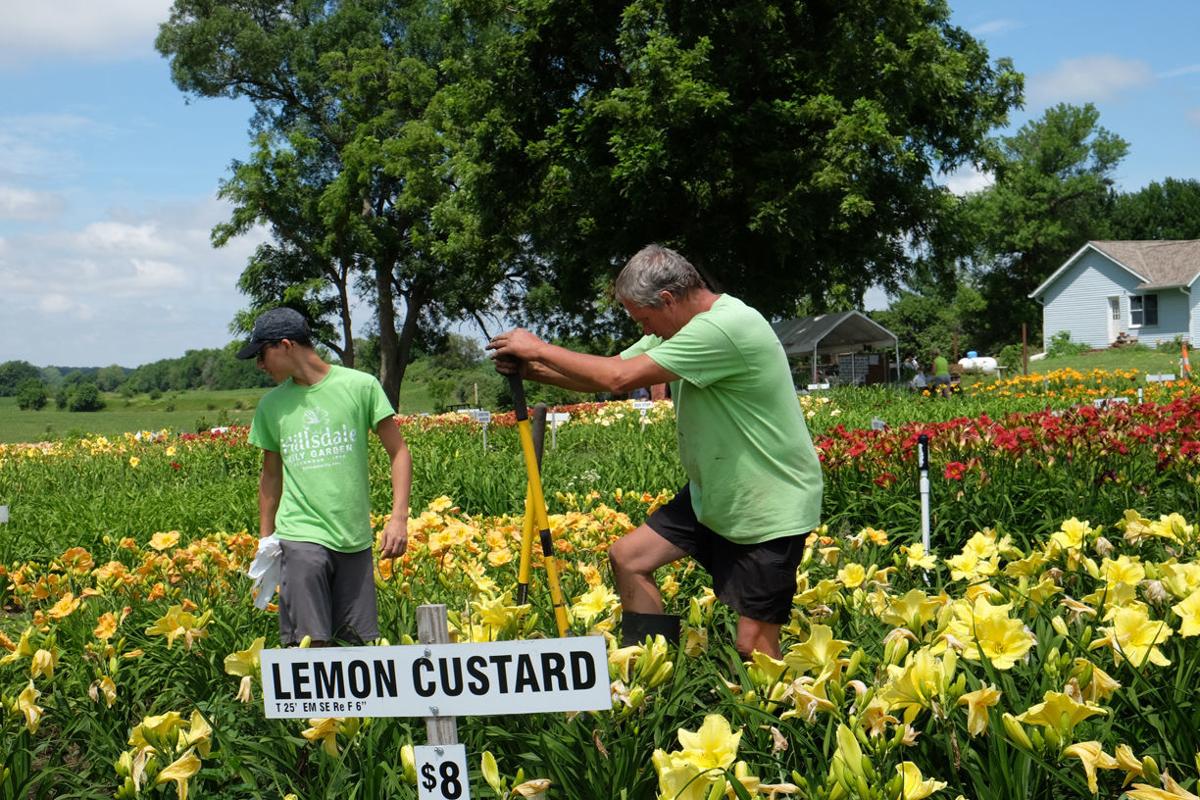 Owner Todd Peverill, right, and his high school helpers walk the grounds with shovels and plastic bags in hand all summer. 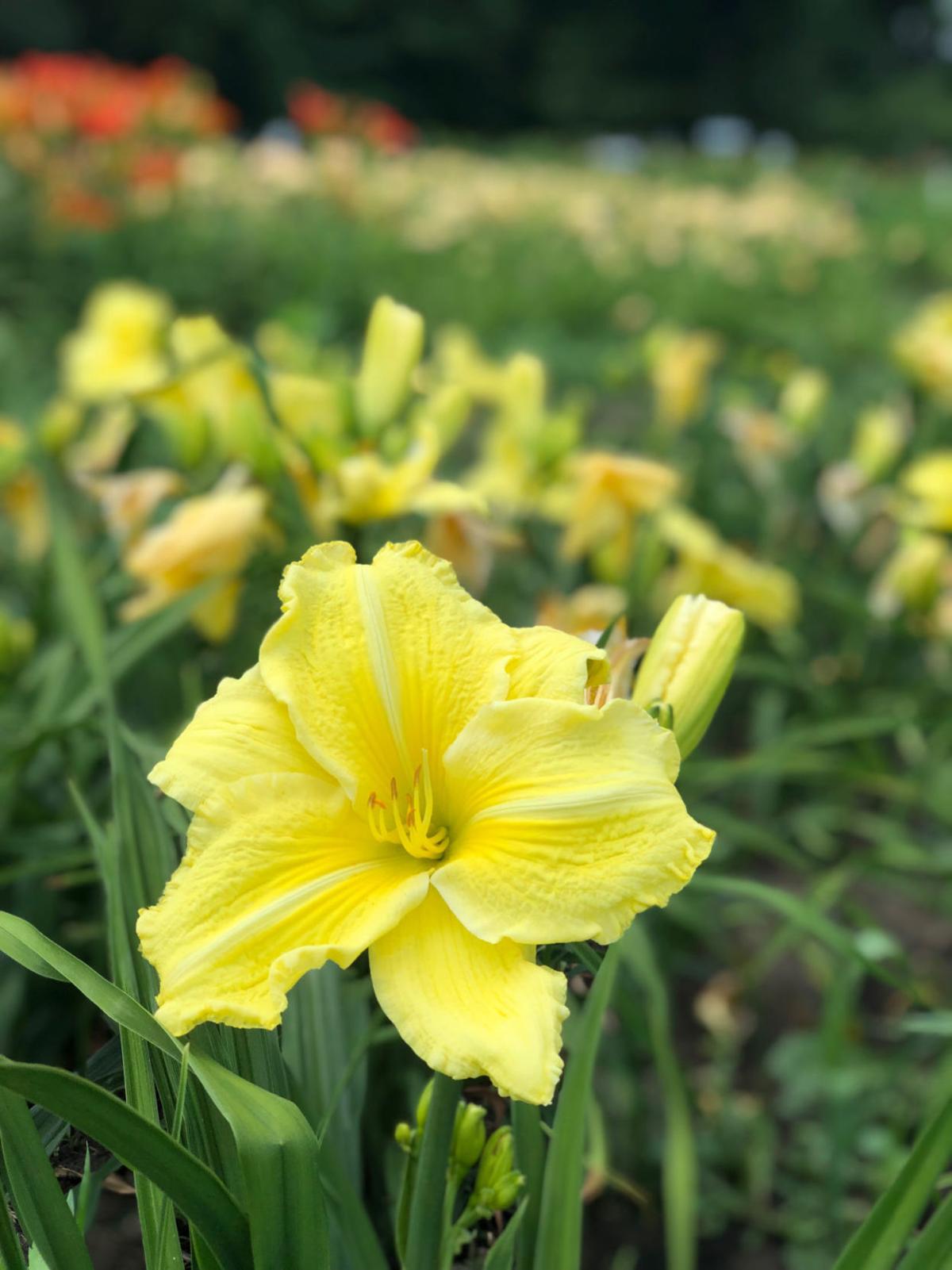 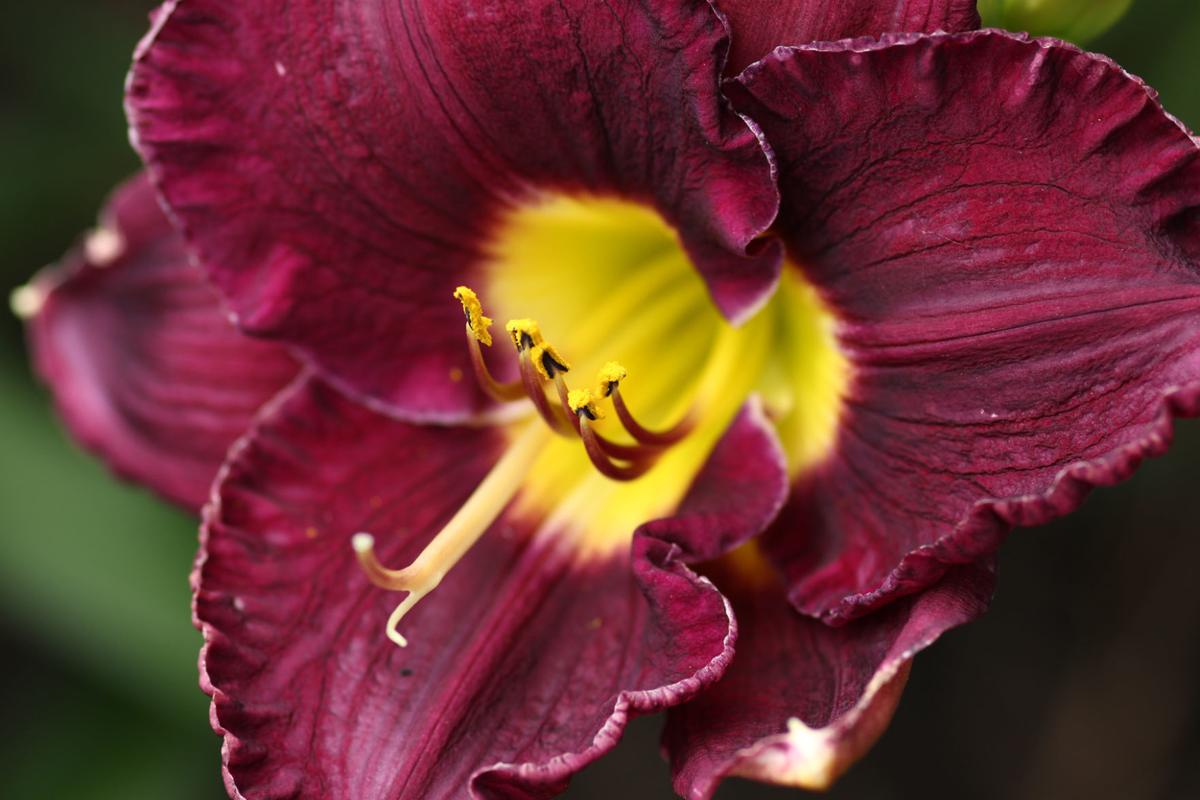 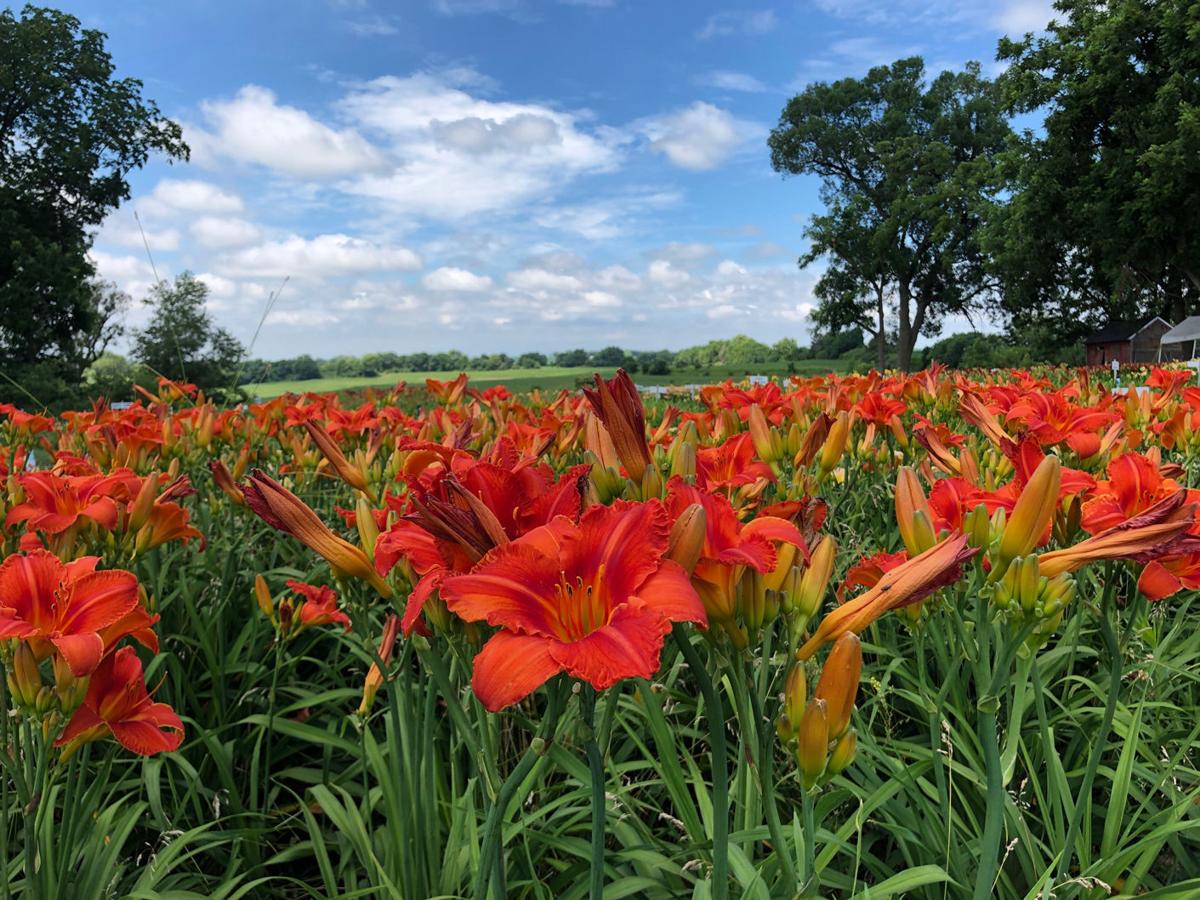 Royal Trumpeters, one of 160 varieties of daylilies at Hillsdale Lily Garden in Glenwood, Iowa.

Customers make their selections and then Todd and his helpers do the rest, digging up the plants and loading them in vehicles. 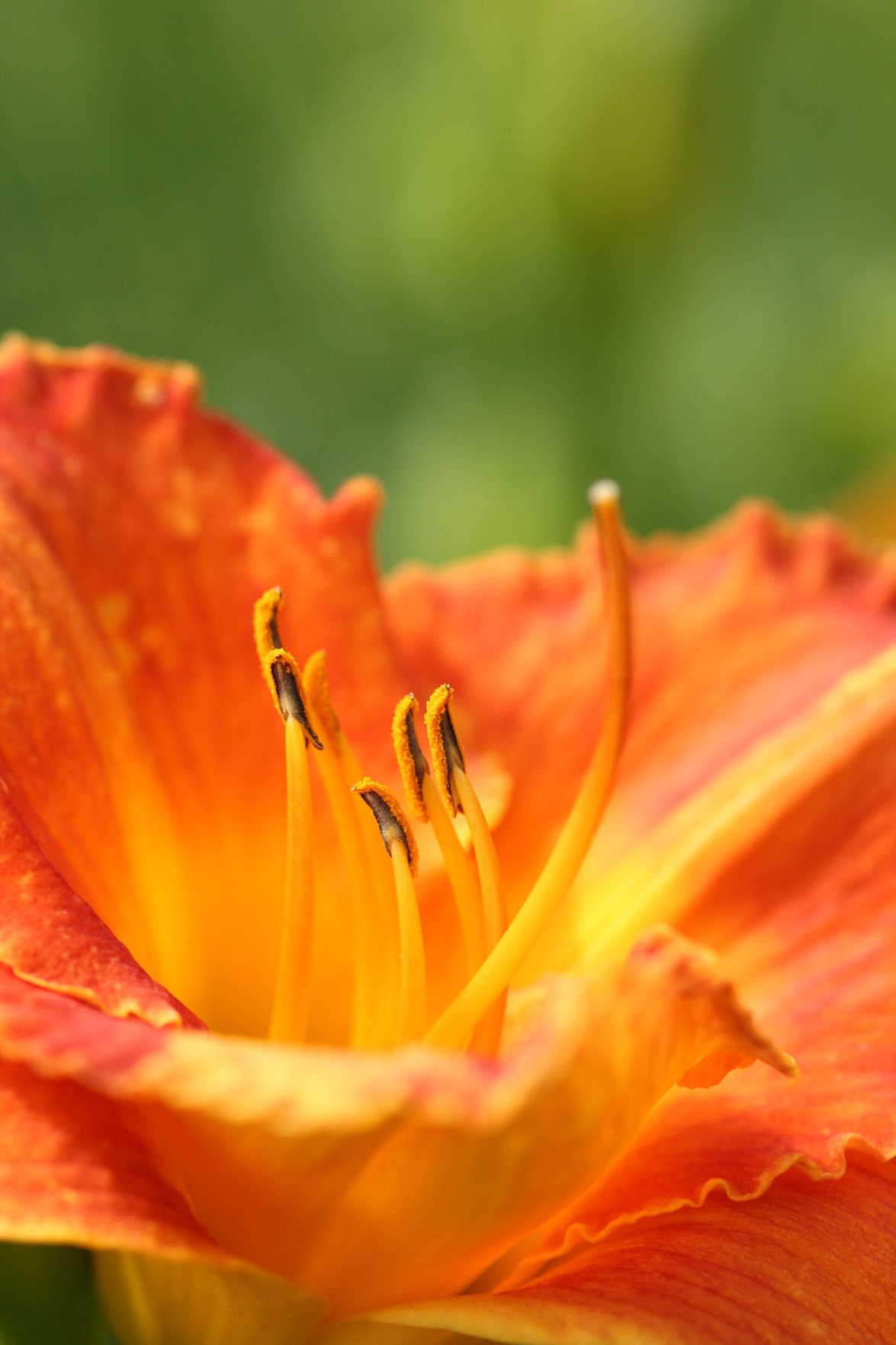