Even as a farm kid growing up in northeastern Nebraska, Ron Harvey liked to cultivate the unusual.

He was the one proudly displaying 85-pound watermelons and monster pumpkins. So Harvey says it’s not far-fetched that he owns a greenhouse, Urban Trail Gardens in Lincoln, that specializes in plants you won’t find at box stores.

“Instead of corn and alfalfa, I’m growing vegetables and pretty flowers,” he said as he took a break from watering.

He has owned his business south of the Haymarket District for about 14 years. At 955 S. Fourth St., it’s far from the busy streets of Lincoln, so Harvey describes it as a destination greenhouse.

The property was more affordable and he also likes the quiet atmosphere for customers, the plentiful parking and the garden space. A pond with a waterfall and a stream, fish tanks and colorful vivariums attract even non-buying visitors.

“It’s practically like a botanical garden,” the 54-year-old says. “In the summer, some people come and treat it like that.”

It’s hard to resist the merchandise once you arrive, however.

Harvey, ever the farmer, grows all of his inventory, including plants with delicious names like Amaranthus Dreadlocks and Crossandra Orange Marmalade. He sells more than 100 varieties of succulents and 200 to 300 kinds each of perennials, annuals and tropicals.

“We need to have those wow plants that get people excited,” he says.

It’s a nearly year-round job. He starts plants from seeds, cuttings, plugs or bare roots in December and nurtures them until spring and the busy season arrives. It’s a seven-days-a-week job until he closes on Oct. 31.

That’s his least favorite time of year, when he’s cleaning up, getting things organized and scrubbing the greenhouse walls. In the past, he might have traveled during this six weeks or so. But now it just leaves him time to enjoy a few of his favorite TV shows and racquetball.

Not that he’s complaining. He’s always enjoyed the retail side of the business and couldn’t wait to open a store of his own.

“It’s fun to see the excitement on our customers’ faces when they come in and see some of the beautiful planters we’ve put together,” he says, “or some of the unique plants that we’ve grown.”

On the home front

Harvey still finds time to garden at his current home in southwest Lincoln. There’s no sunken garden or pond, but the beds are tidy and easy to maintain.

His best tip for home gardeners: Don’t let the weeds get a chance to take over. “It always helps to freshen the mulch each season, covering up any tiny weeds that may have gotten started already.”

Faves of the moment

Ron Harvey says he doesn’t know if he can pick a favorite plant.

“It changes weekly,’’ he says. “It’s hard to pick a favorite when you love them all so much.

But here are five unusual flowers that he particularly enjoys:

Is it possible for your dog to take after you?

Is it possible for your dog to take after you?

As I write this, spring is delivering a hopeful explosion of new life — and perhaps, freedom to be out and about.

When it comes to interior design, Mary Jo Maley is adventurous. “I’m not afraid to mix patterns,” she says.

For natural home fragrance, simmer a mixture of these fruits, herbs and spices in water

Sweet, simple sachets to give you a burst of lavender scent year-round

Take a shine to this DIY miniature lighthouse for the garden

Some of their bigger projects: remodeling the kitchen, replacing flooring, adding a feature wall in the dining room and moving the laundry room to the second floor.

This make-your-own paintbrush project starts with a nature hike

Collecting nature objects for this all-ages activity is half the fun. Roam your backyard or go for a neighborhood walk and see what interestin…

After some unseasonably cool temperatures this week, look for highs in the 80s early next week in Omaha.

Many of the people who asked for seeds after reading about the Nebraska Monarchs giveaway sent letters and artwork along with their requests.

The National Forest this week reopened many of its recreational areas in Nebraska, South Dakota, Wyoming and Colorado.

Here's a bright spot to cloudy weather: It's a good time to move your plants

The soil is warm enough now to plant all your vegetables, too.

The arrangement is so large it stretches across two benches in the circle drive at the Durham Outpatient Center at 44th and Emile Streets.

Making your own compost is easy. We can show you.

Grow some extra vegetables this year to help feed the hungry

As local food pantries work hard to meet the sudden increased need, organizations across the city are coming together to help grow tens of thousands of pounds of additional produce. 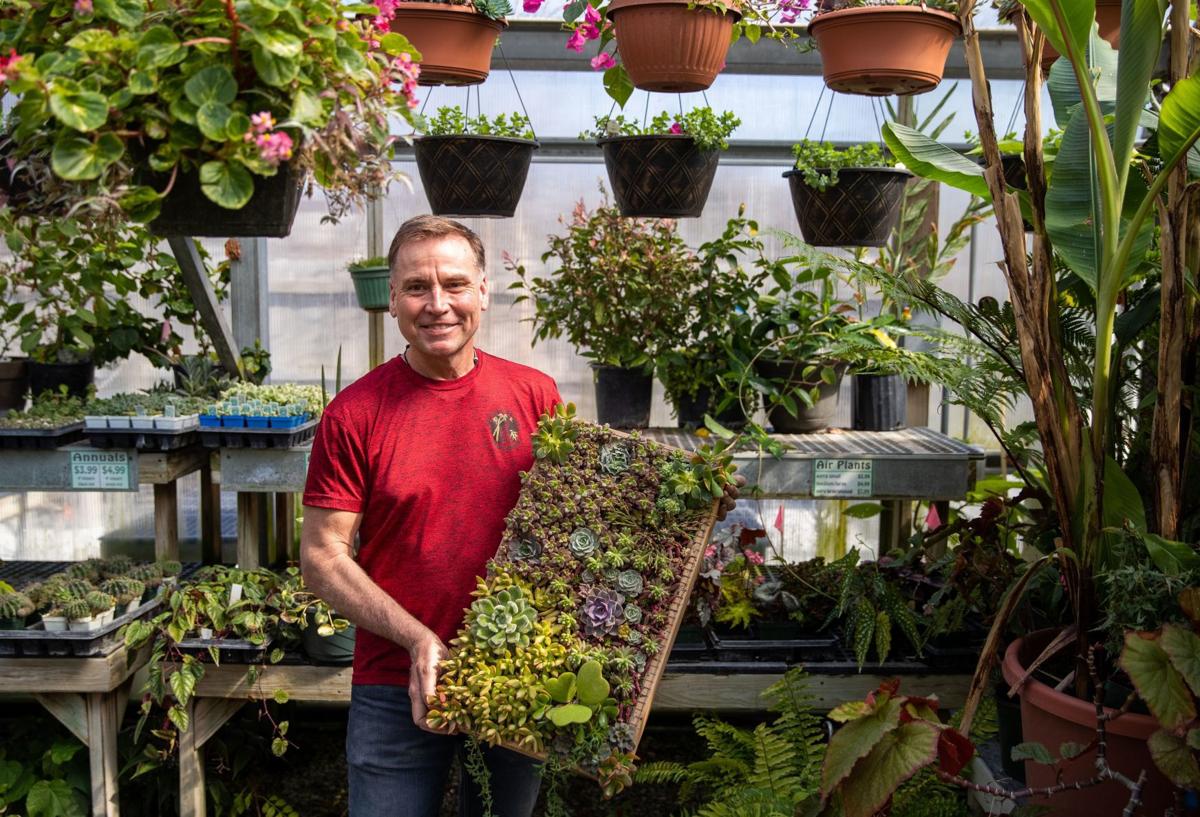 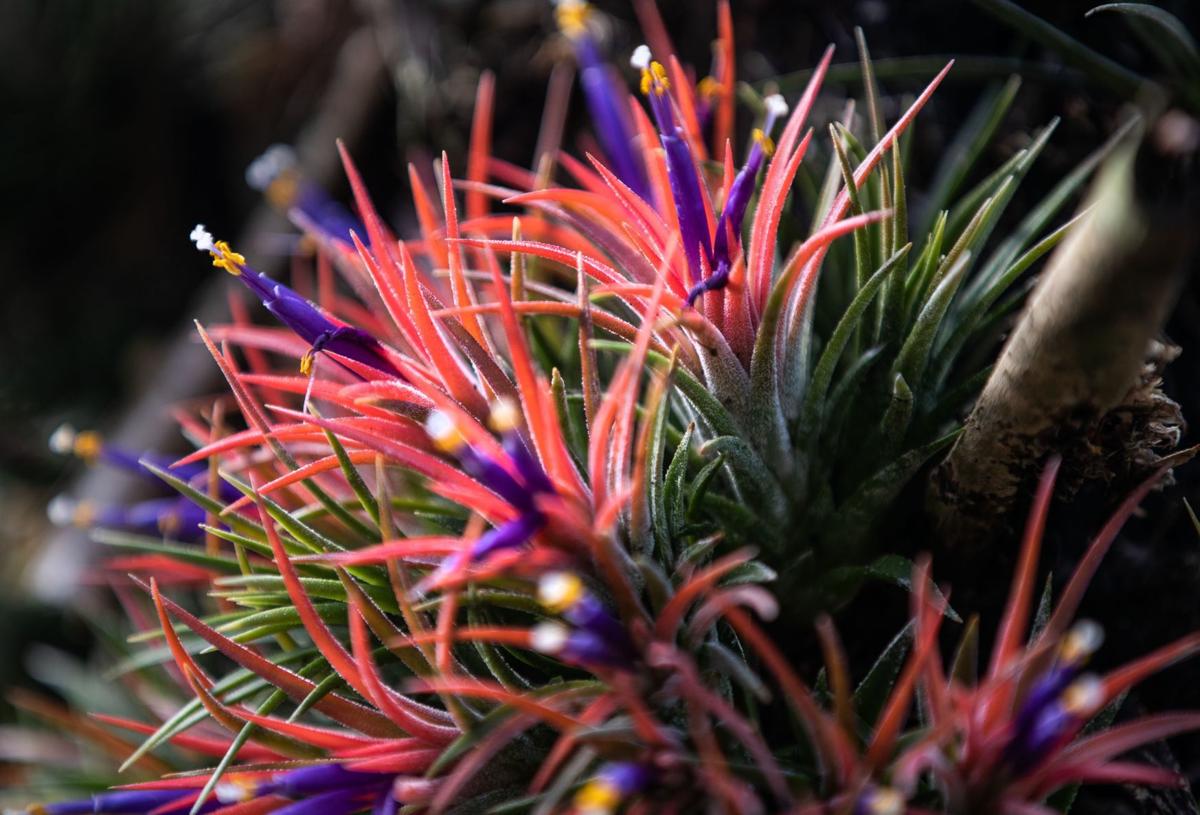 Air plants are among the many options of unusual plants available at Urban Trail Gardens in Lincoln. 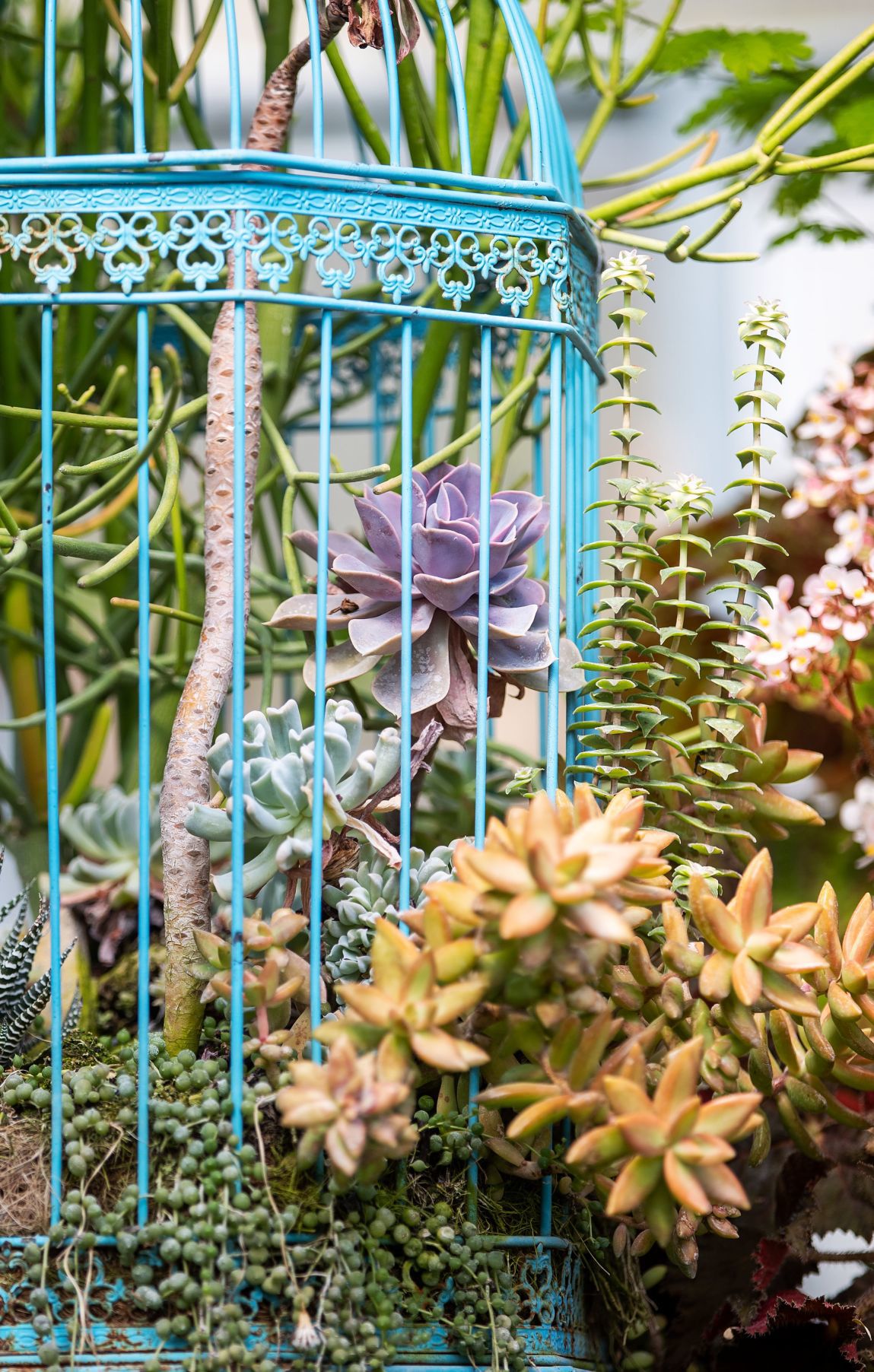 A succulent-laden birdcage hangs in the greenhouse at Urban Trail Gardens in Lincoln. 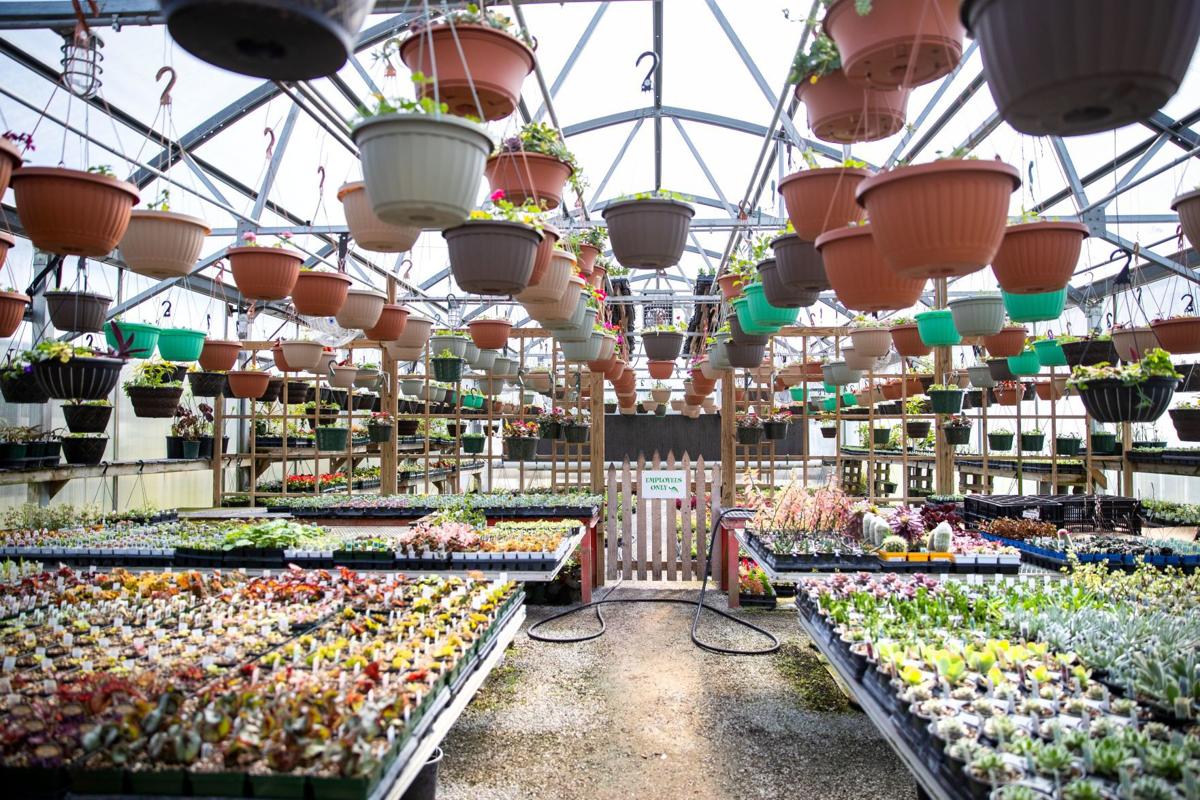 Hanging baskets and flats of flowers and succulents soak up the sun in the greenhouse at Urban Trail Gardens in Lincoln. 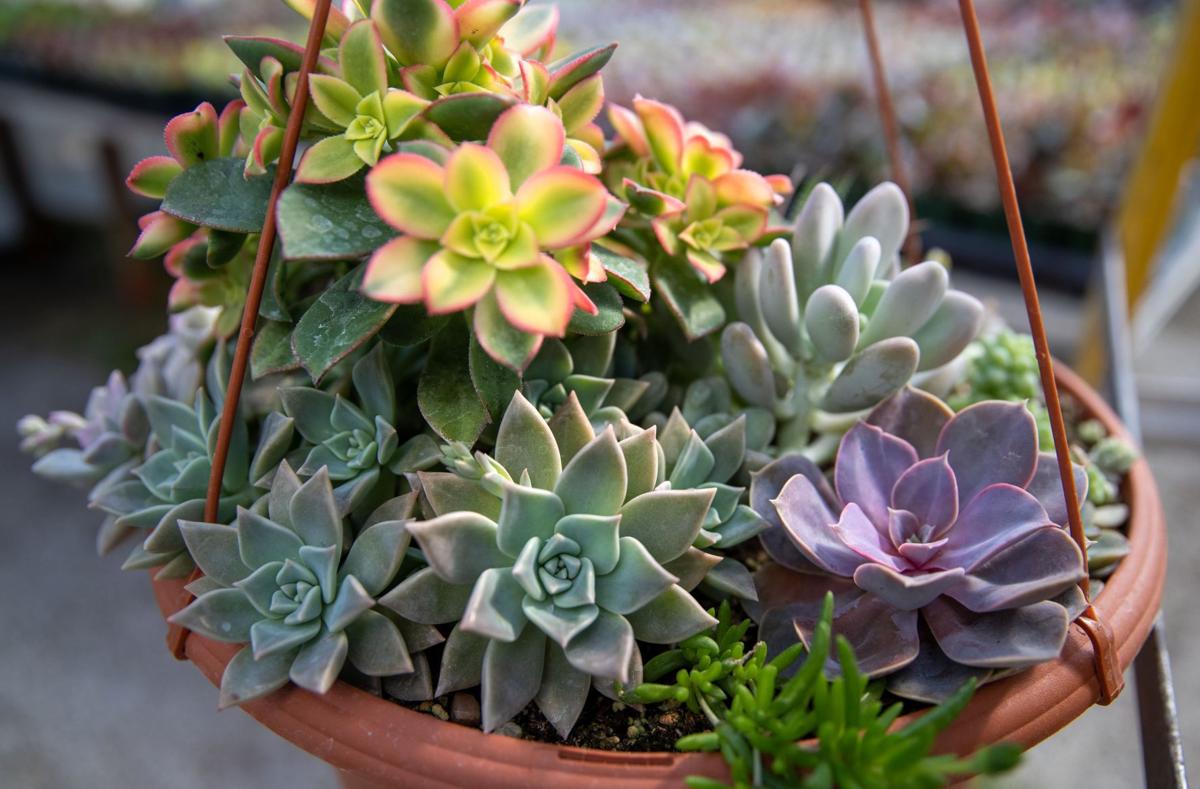