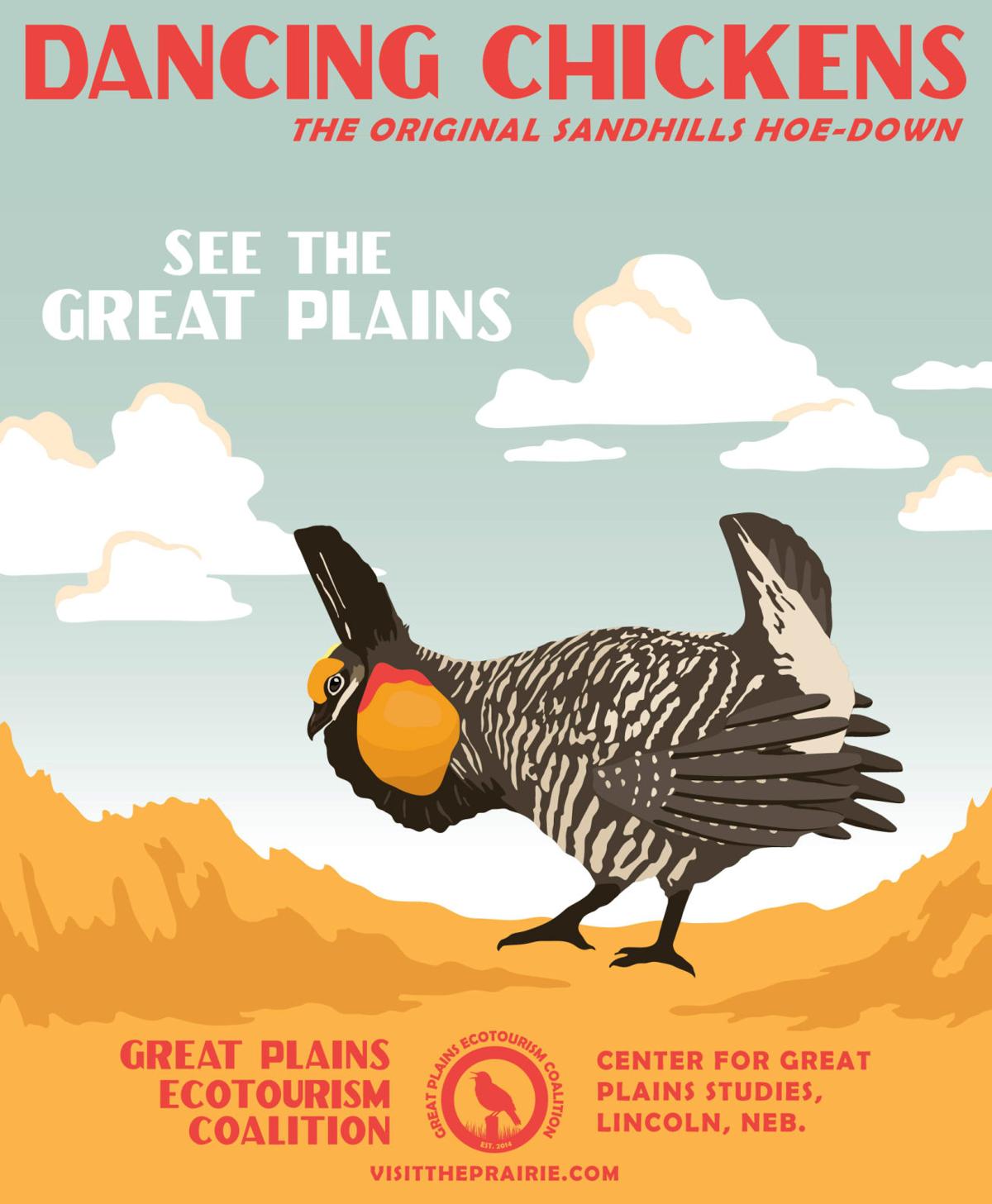 A series of 12 posters with a vintage look are part of a new effort to promote ecotourism in Nebraska. 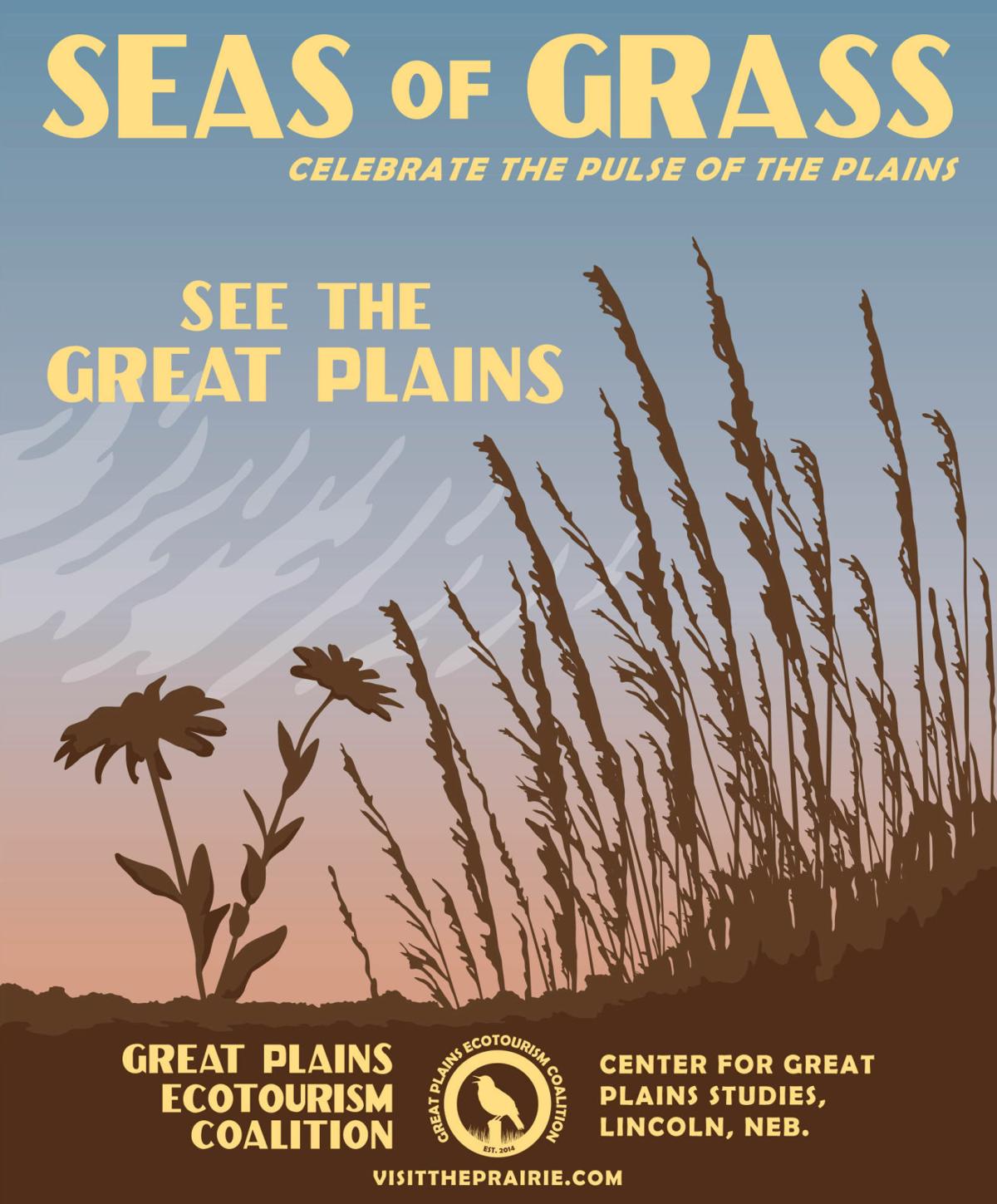 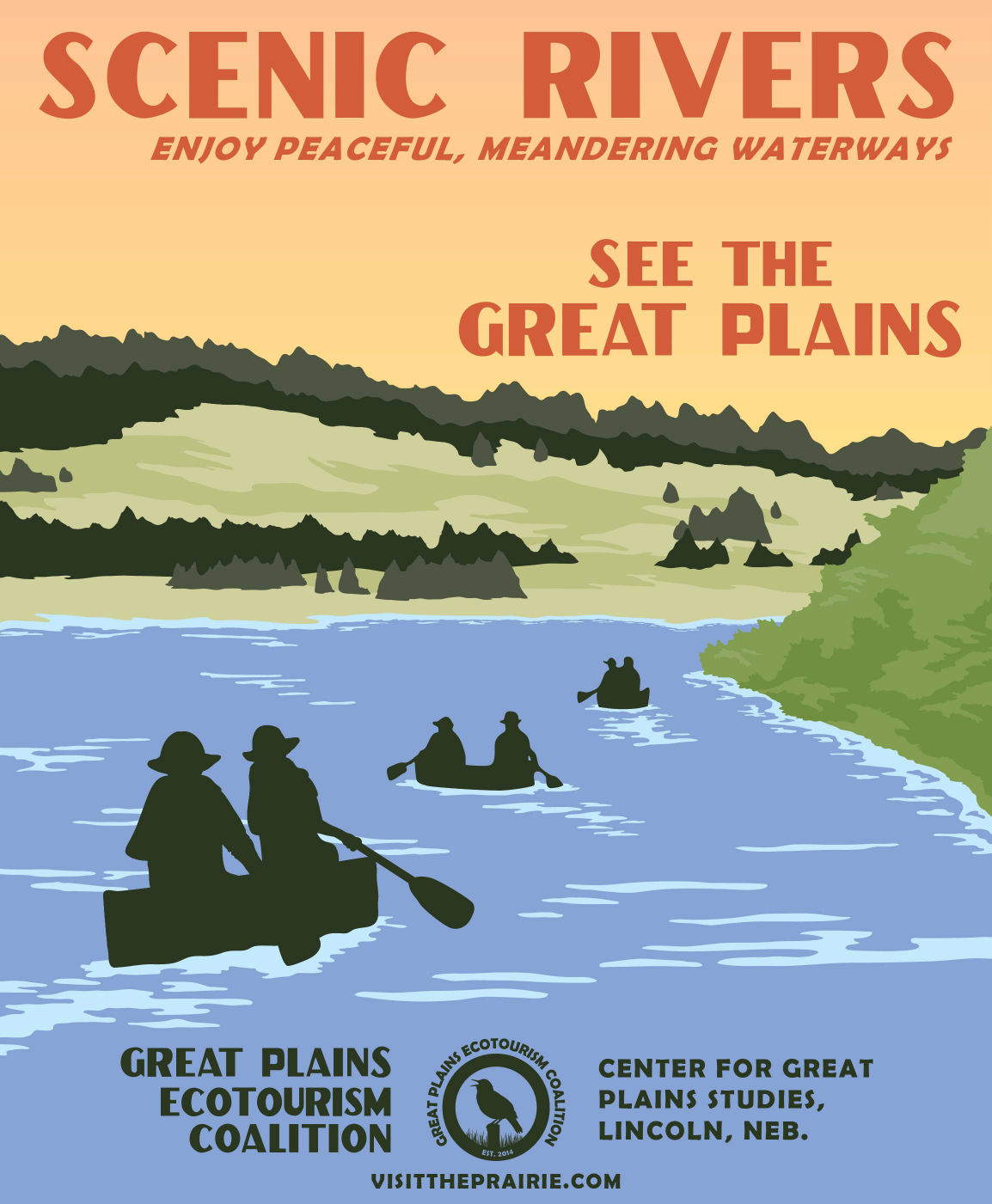 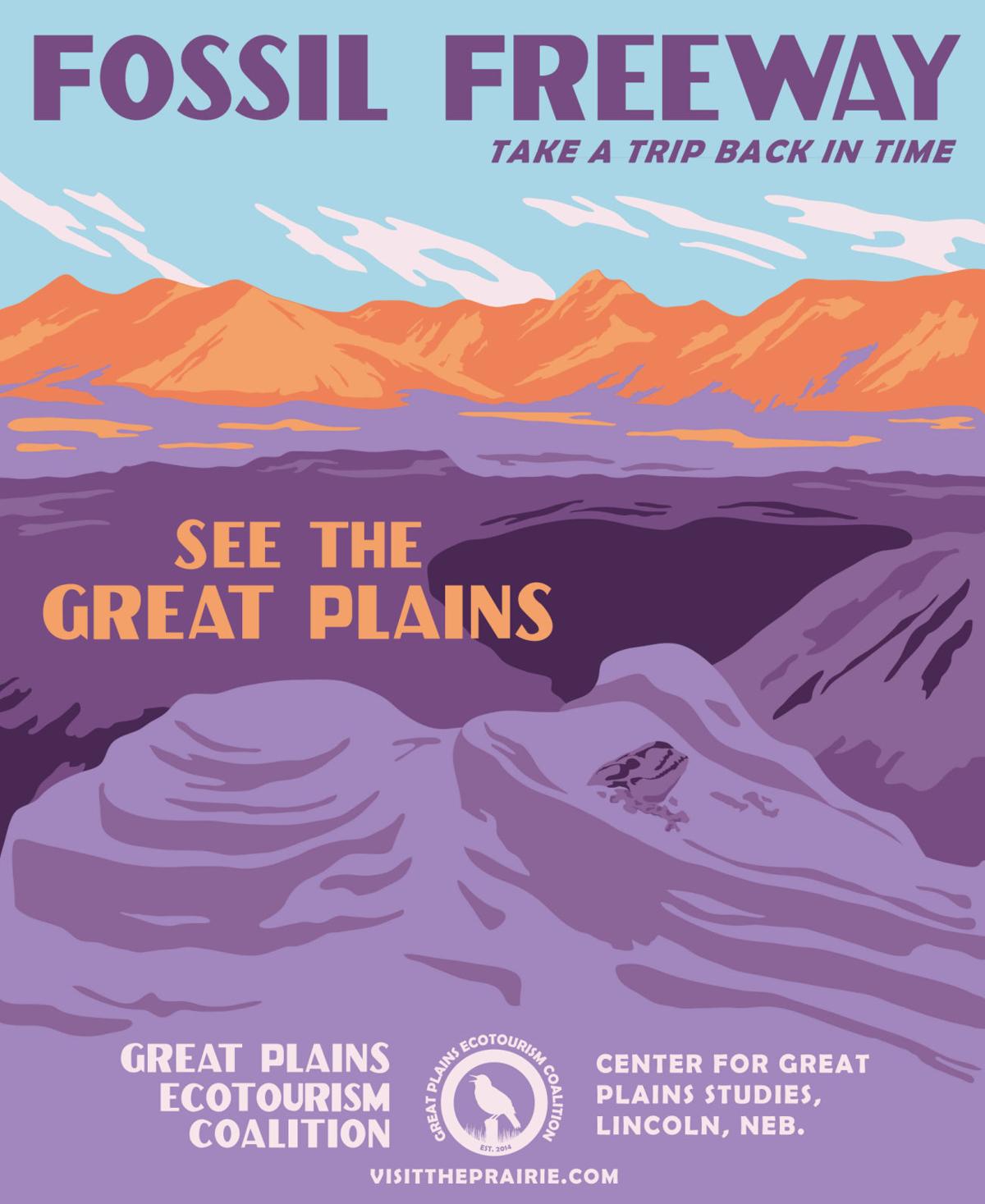 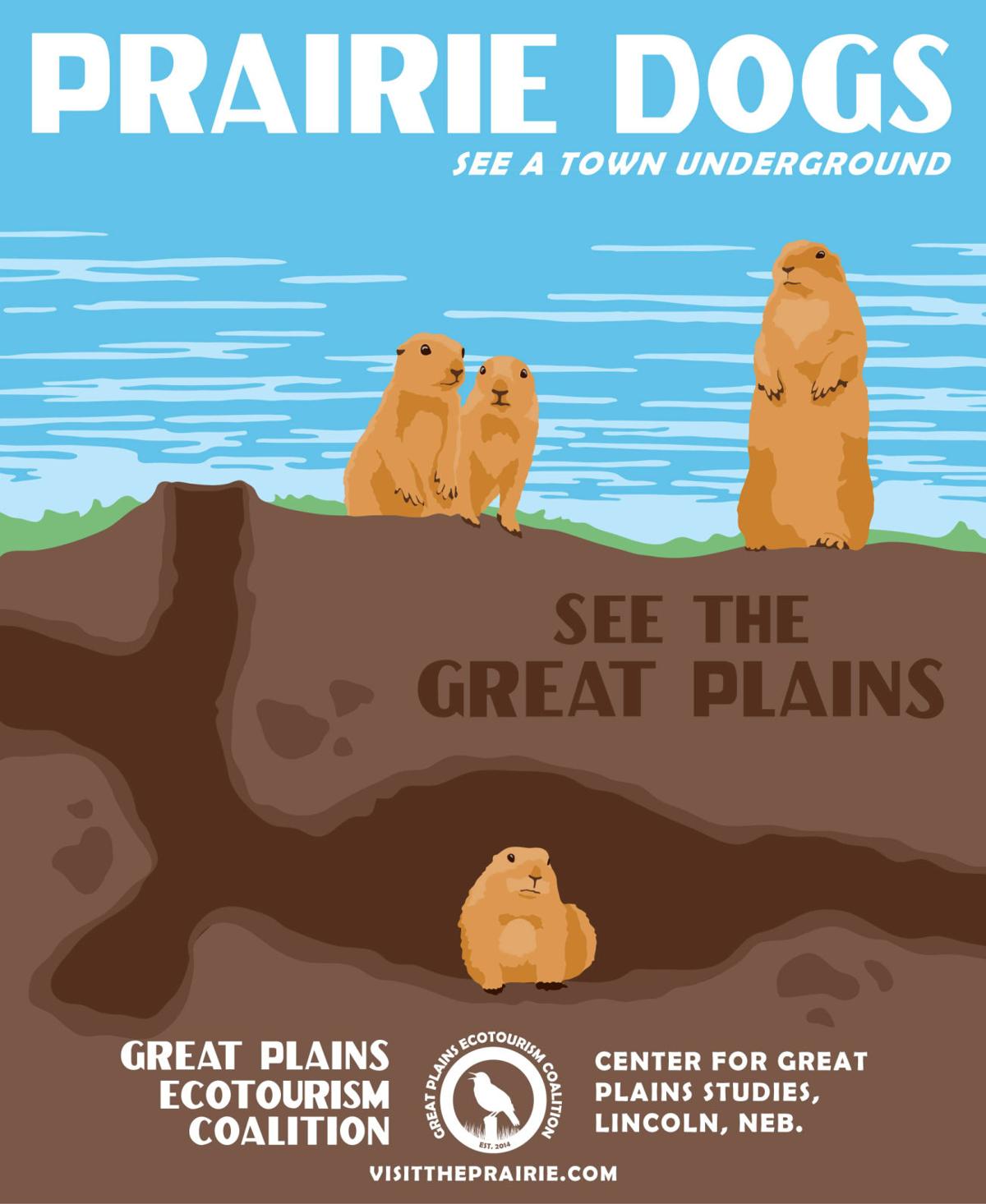 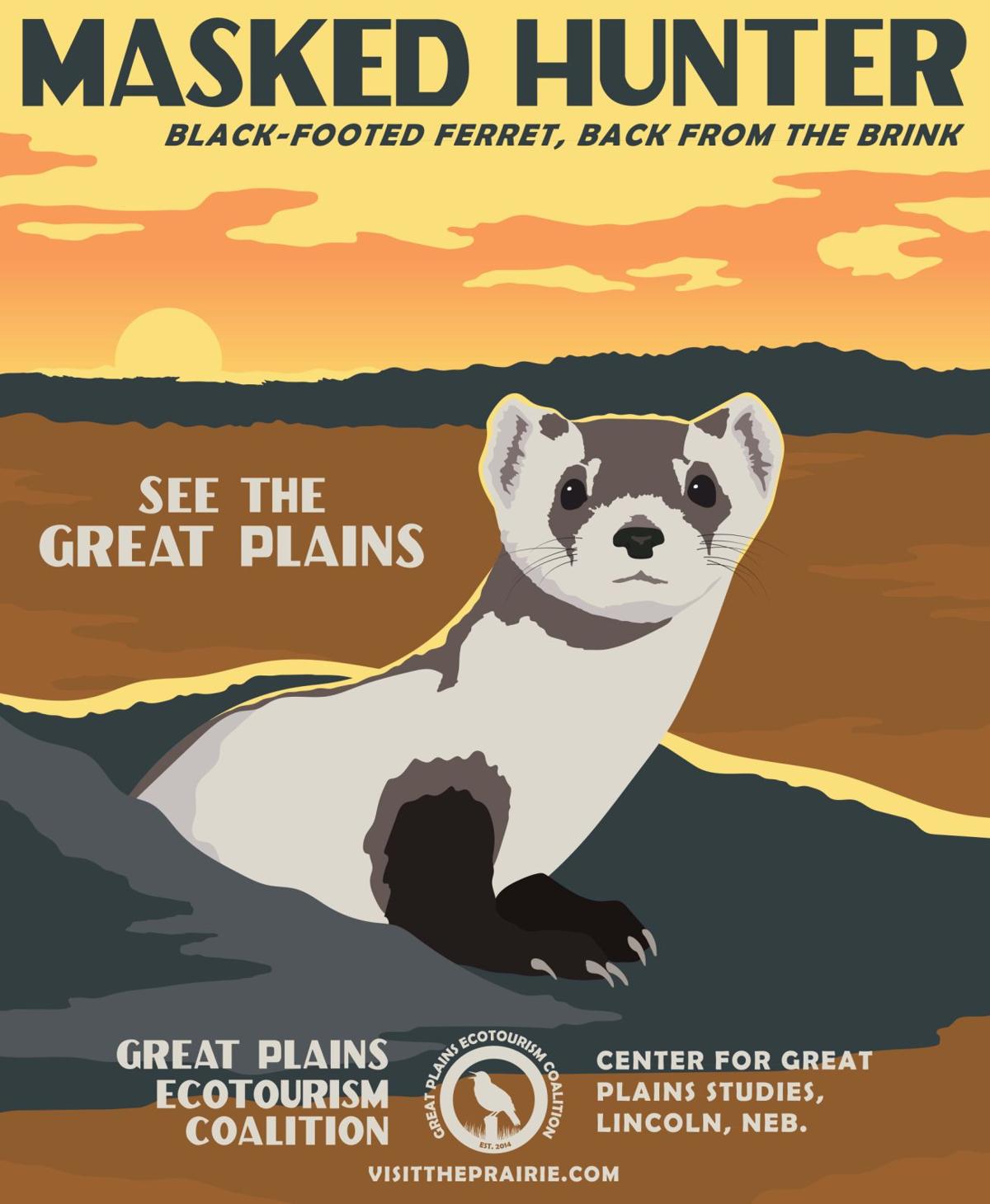 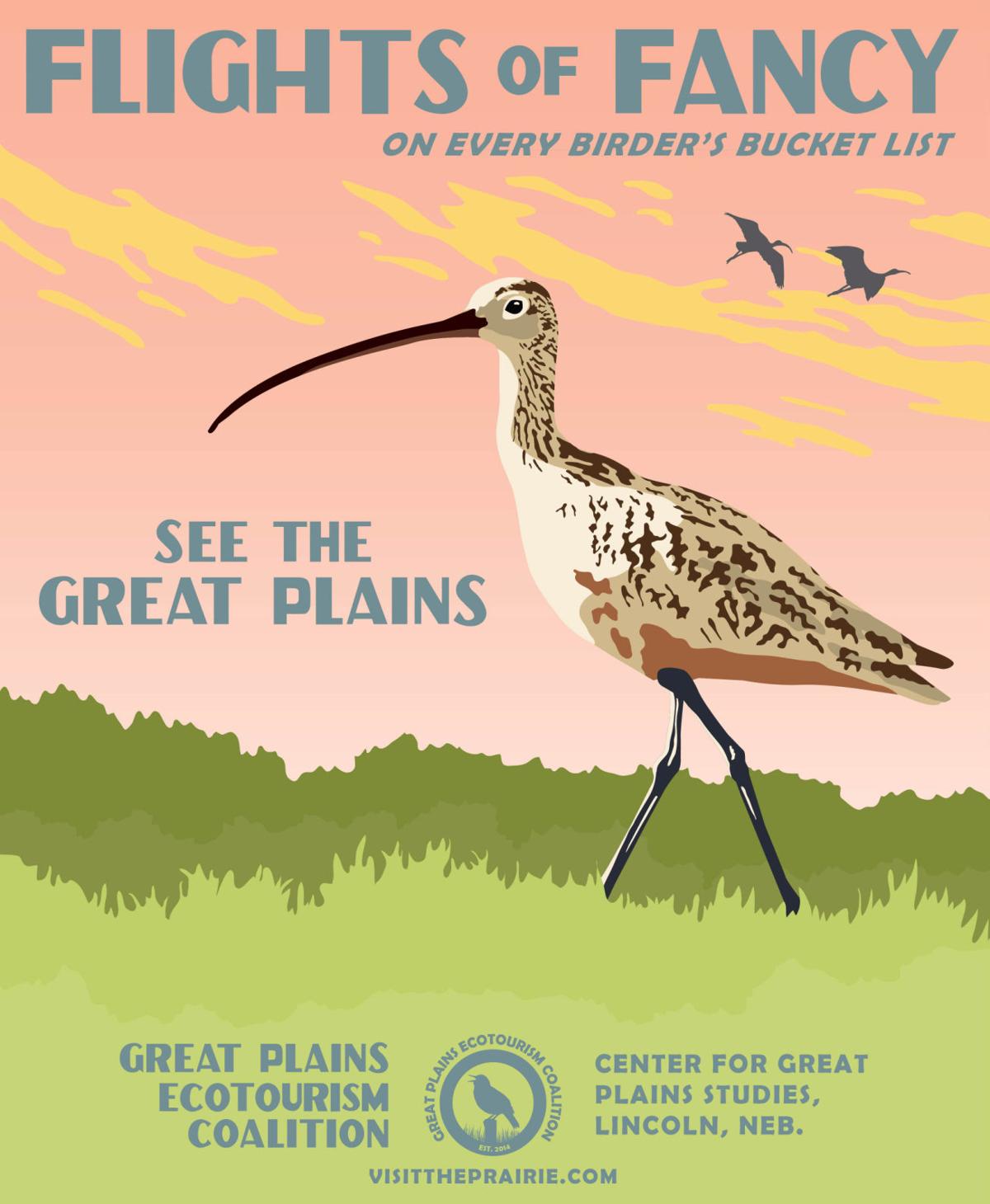 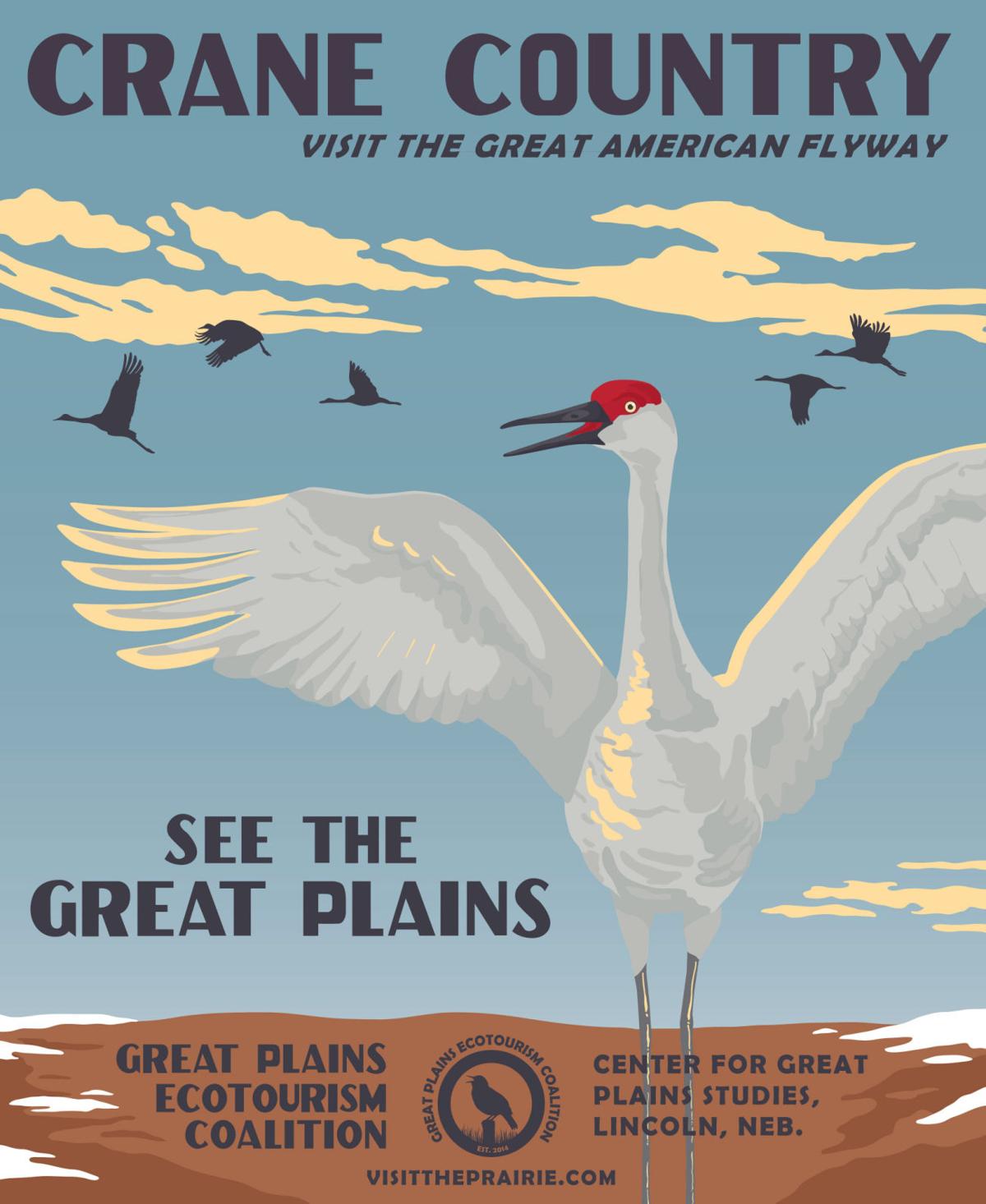 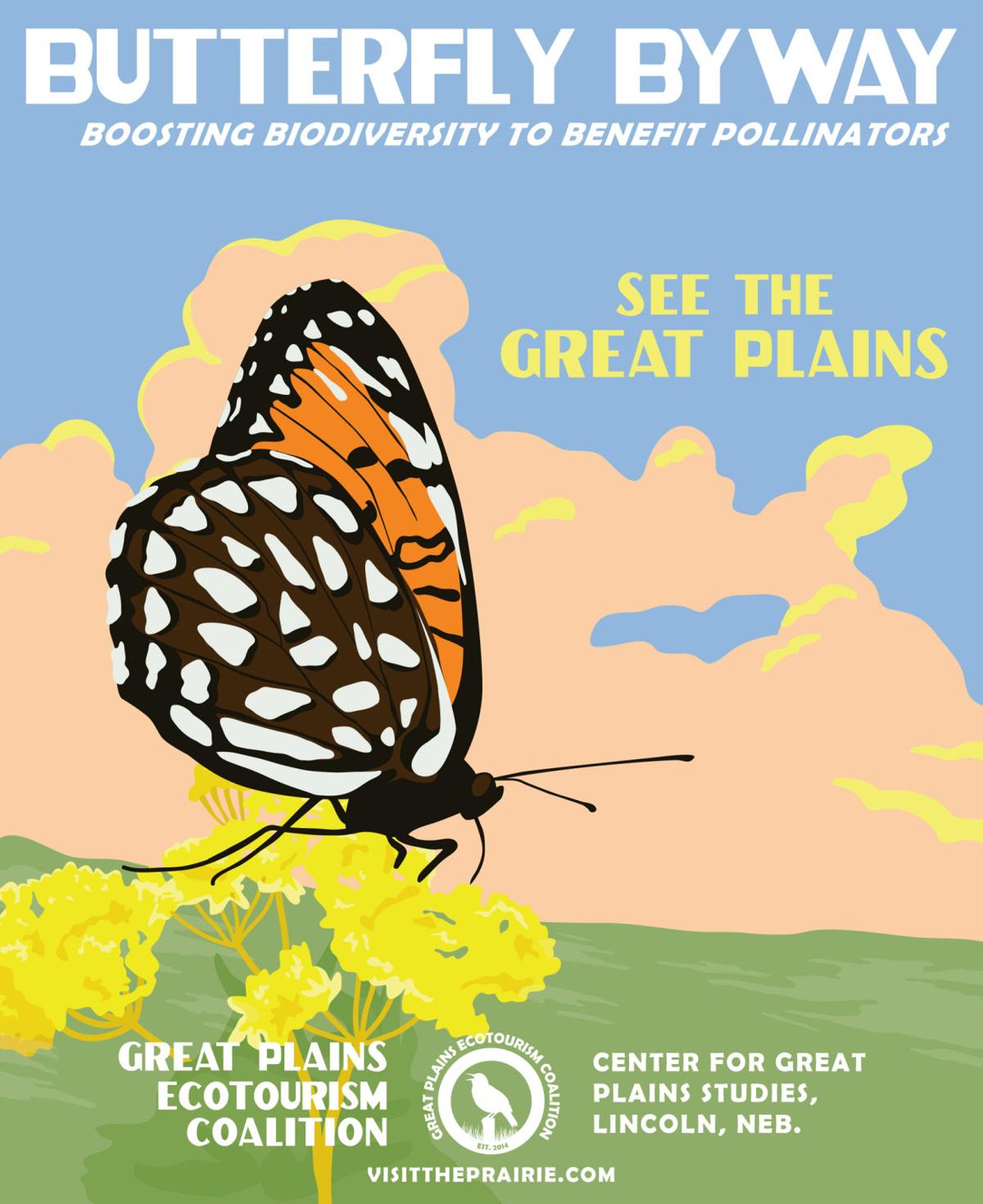 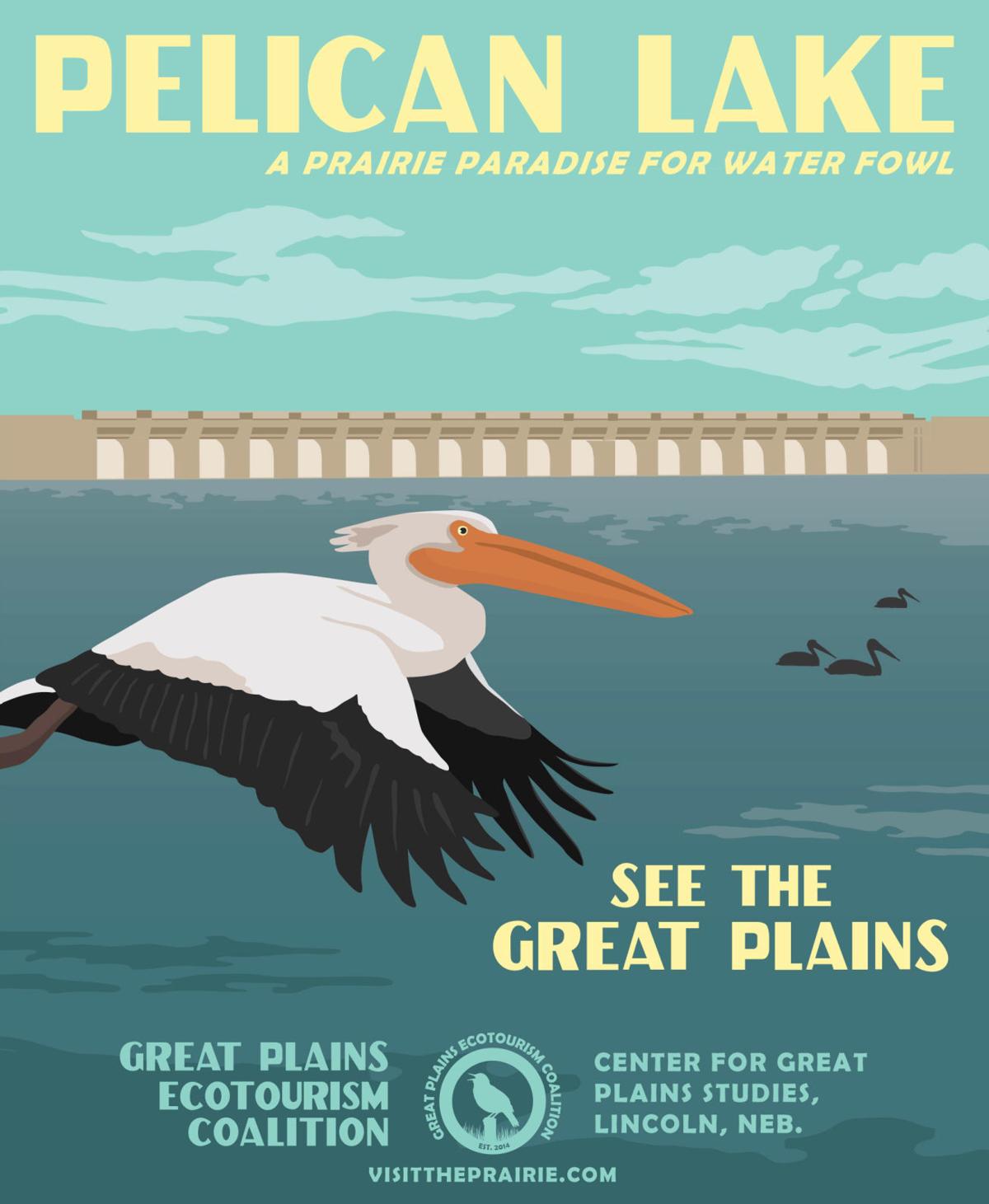 Step outside at night in the Nebraska Sand Hills and you’ll see a sky exploding with stars.

Wide-open spaces and dark skies make Nebraska a top destination for star gazing, and a new coalition is helping spread the word about the night sky and the state’s other natural wonders.

A series of 12 posters with a vintage look are part of an effort to strengthen environmental conservation, build Nebraska and the Great Plains into a premier destination for nature-based tourism and help communities thrive.

“When you experience some of these things it’s transformative,’’ said Katie Nieland, assistant director of the Center for Great Plains Studies at the University of Nebraska. “That’s how you make conservationists. You show them what we have to offer.”

Nieland created the posters for the center and said they nod to the classic 1930s Work Progress Administration’s National Park prints, which were intended to show Americans the beauty of their country. The Nebraska posters are traveling the state and are on display at several sites including the Nebraska State Museum in Lincoln and Omaha’s Durham Museum.

The images also have been developed into postcards and a magazine-style booklet. They can be purchased at visittheprairie.com.

With their soft yellows, pinks and blues, the images seem warm and inviting and have a slightly animated look whether depicting a bison or a bird.

“I hope it invokes a little magic,” Nieland said.

Nieland’s center is coordinating the work of the Great Plains Ecotourism Coalition, which is comprised of public organizations such as state and federal parks, as well as private groups and businesses including guest ranches and river outfitters.

Steve Hansen, a coalition member and owner of Niobrara Riverview Retreats, said many Nebraskans don’t realize how much natural beauty the state offers. After seeing the glittering waterfalls on the Niobrara, people often tell him they didn’t know such scenes existed in Nebraska.

Jo Caskey of Kimball Area Tourism in Kimball, Nebraska, said birding tours and other ecotourism help support motels and other business in her area of the Panhandle. Private land owners are getting involved in the ecotourism effort, she said.

She also said the coalition’s conservation goal is essential. When the public has a greater appreciation for the region’s natural beauty, the more they will support protecting it.

Chuck Cooper, president and CEO of the Crane Trust, said that when people experience the state’s natural wonders they often become allies.

The Crane Trust, a coalition member, controls more than 10,000 acres of habitat along the Platte River, including 4,500 acres of tall and mixed grass prairie. The trust’s mission is to protect and maintain habitat for whooping cranes, Sandhill cranes and other migratory birds.

The trust’s nature center near Grand Island drew visitors from 52 countries last year from places as far way as Shanghai, China. Cooper said he’d like to see more visitors from Omaha and other parts of eastern Nebraska.

“We are not just trying to get tourist dollars,’’ he said. “There is an education opportunity here.”

The addition of people 65 and older to the COVID-19 vaccination priority list has created uncertainty among some people who had been next in line.

In December, Children's Hospital & Medical Center cared for 10 children with Multisystem Inflammatory Syndrome in Children. The hospital has treated six cases so far in January.

The Omaha hospital has five sets of triplets in its neonatal intensive care unit right now, topping the previous record of three sets.

Signing up in Douglas County means a senior, age 65 and older, will be notified when the vaccine is available and allow them to make an appointment.

General population may have to wait 4 months for vaccine if supplies don't increase, Ricketts says

Gov. Pete Ricketts said Friday that if Nebraska continues to get fixed supplies of the coronavirus vaccine, the general population may have to wait four months to be vaccinated.

"This young man did everything right after things went wrong."

Even as a top state official praised the vaccination preparations as “phenomenal” and “outstanding," fundamental questions about the campaign remain under discussion.

How to protect your information from identity theft

How to protect your information from identity theft

A series of 12 posters with a vintage look are part of a new effort to promote ecotourism in Nebraska.