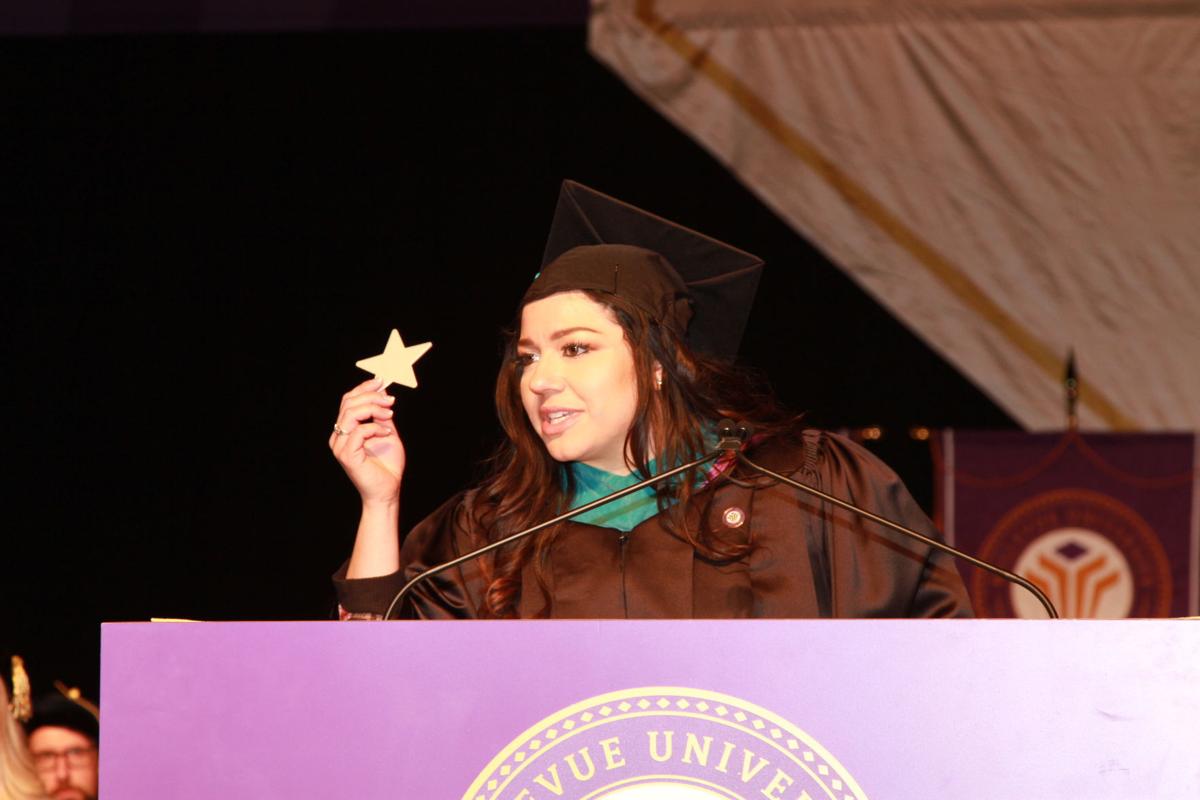 Leia Baez gives her commencement speech during her graduation ceremony from Bellevue University in January 2018. 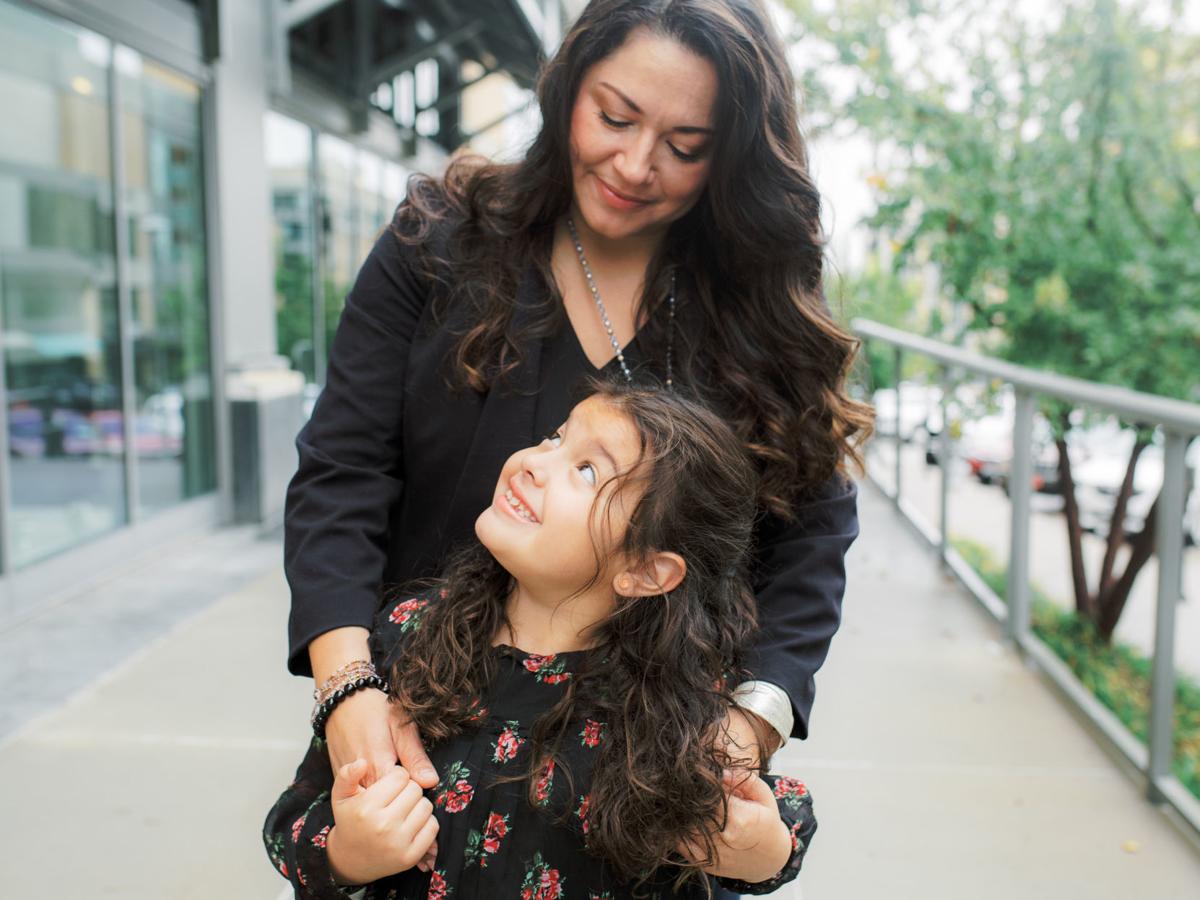 Editor's Note: Leia Baez, a former World-Herald editor, gave a commencement speech to her Bellevue University class after graduating last year. A video of her inspiring speech went viral soon after. By continuing to share her story, she hopes to help people realize there is life after divorce.

For the longest time, I couldn’t talk about my divorce.

I was embarrassed and ashamed. It was just too difficult for me to put into words what I was going through without crying. I felt I had failed as a wife and mother. I had so much anxiety at times that I felt nauseated, and I cringed at the fact that people were gossiping about my marriage.

It took me several months to open up to my closest friends, and it was more than two years before I even thought about sharing my story publicly. While I was hesitant at first, I figured if one person could be uplifted or inspired by my story, it would be well worth sharing.

But I never imagined inspiring millions of people.

I was floored when I learned my story was being shared internationally by several motivational websites, including Goalcast. Here’s how it happened:

During my divorce, I moved back into my parents’ house so I could get on my feet financially. That meant sleeping in my childhood bedroom underneath dozens of glow-in-the-dark stars I had stuck on the ceiling in the sixth grade. I made wishes on each one of those stars as a kid. On the first night back at my parents’ house, I remember crying and looking up at those stars, wondering, “Is this a demotion in life? Am I really sleeping in my childhood bedroom in my 30s?”

Those small, plastic stars were still glowing every night. They were my reminder that, despite what I was going through, my dreams were still out there.

Even amidst a difficult divorce and balancing being a single mom with a full-time job, I decided to empower myself and go after my dream of earning a master’s degree. I knew I had to pour all of my energy into bettering myself and feeling good, rather than dwelling on the difficulties of divorce.

In January 2018, I received my master’s degree from Bellevue University and was selected to represent my graduating class as the commencement speaker.

I wanted my fellow graduates to know that no matter what obstacles we face in life, we can always pursue our dreams. I shared the story of how my glow-in-the-dark stars motivated me to keep dreaming — even during the darkest time of my life. I even gave each graduate a glow-in-the-dark star as a reminder to never give up.

Immediately after my speech, a fellow graduate stopped me to thank me for sharing my story. She said she almost didn’t attend her graduation ceremony because she was dealing with a difficult breakup and a custody fight. My speech, she said, gave her hope and she promised she would never give up.

It was in that moment I realized how therapeutic it is to talk about the disappointments in our lives. In that moment I knew sharing my story could give others hope.

About four months after graduation, I was contacted by a Goalcast employee who wanted permission to share my speech with millions of people on social media. I agreed and within just a few days, it had more than 1 million views. Now, it’s close to 6 million.

That number is still surreal to me. What I want people to take away most from my story is that there is life after divorce, and it's possible to find happiness after a life-changing event. I want my story to be proof that when you put faith over fear, anything is possible.

After living with my parents for about 14 months, I was finally able to buy my own home. And a few months after that, I landed a dream job working in government communications. I felt like my stars were aligning and my storm was finally passing.

For the past seven months, I have been giving women and men who have viewed my speech advice on divorce, custody issues and co-parenting challenges. I am not an expert at all, but my story resonated with a lot of people and many have reached out to me.

My dark times have given me a platform to help others and I am so honored and humbled to be able to inspire so many. I am no longer afraid to talk about my setbacks or failures. And no matter what happens in my life, I will never stop dreaming big. I will never give up.

Leia Baez is an Omaha native who works in government communications. She’s divorced and has one daughter, who she considers her mini-me. Leia loves spending time with family, being a mentor, cheering on the Huskers and doing anything fitness-related. You can follow her on Twitter @LeiaBaez or email her at leiabaez26@gmail.com.

Home renovation must-do’s to add value to your home

Home renovation must-do’s to add value to your home

Kitchen items you should buy while thrift shopping

Kitchen items you should buy while thrift shopping

Sponsored by the Cathedral Arts Project, the festival draws people of all denominations to admire the floral displays of more than 30 designers, who receive a small stipend for their participation. Local musicians also volunteer their time and talent for the event.

How my divorce made me a better mommy

"What I have learned from my divorce — like many disappointments in my life — is there is always a positive with every negative situation. With every adversity, every failure and every heartache, there is some sort of benefit."

Erica Brown-Zamudio, a 37-year-old Bellevue mom of three boys, recently celebrated five years of sobriety. Erica is a fighter and her story is proof that you can go through difficult times in life and still find a way to succeed.

It’s been a devastating few weeks, but Kim Isherwood said she has had to rely on her inner strength to keep pushing forward. Momaha sat down with her to discuss her mental toughness and how she’s getting through after losing half of her home.

What fixing up a house taught me about single motherhood

Whatever the challenge, I could learn how to do what needed to get done. It was an invaluable lesson for me and my daughter to grasp.

Leia Baez gives her commencement speech during her graduation ceremony from Bellevue University in January 2018. 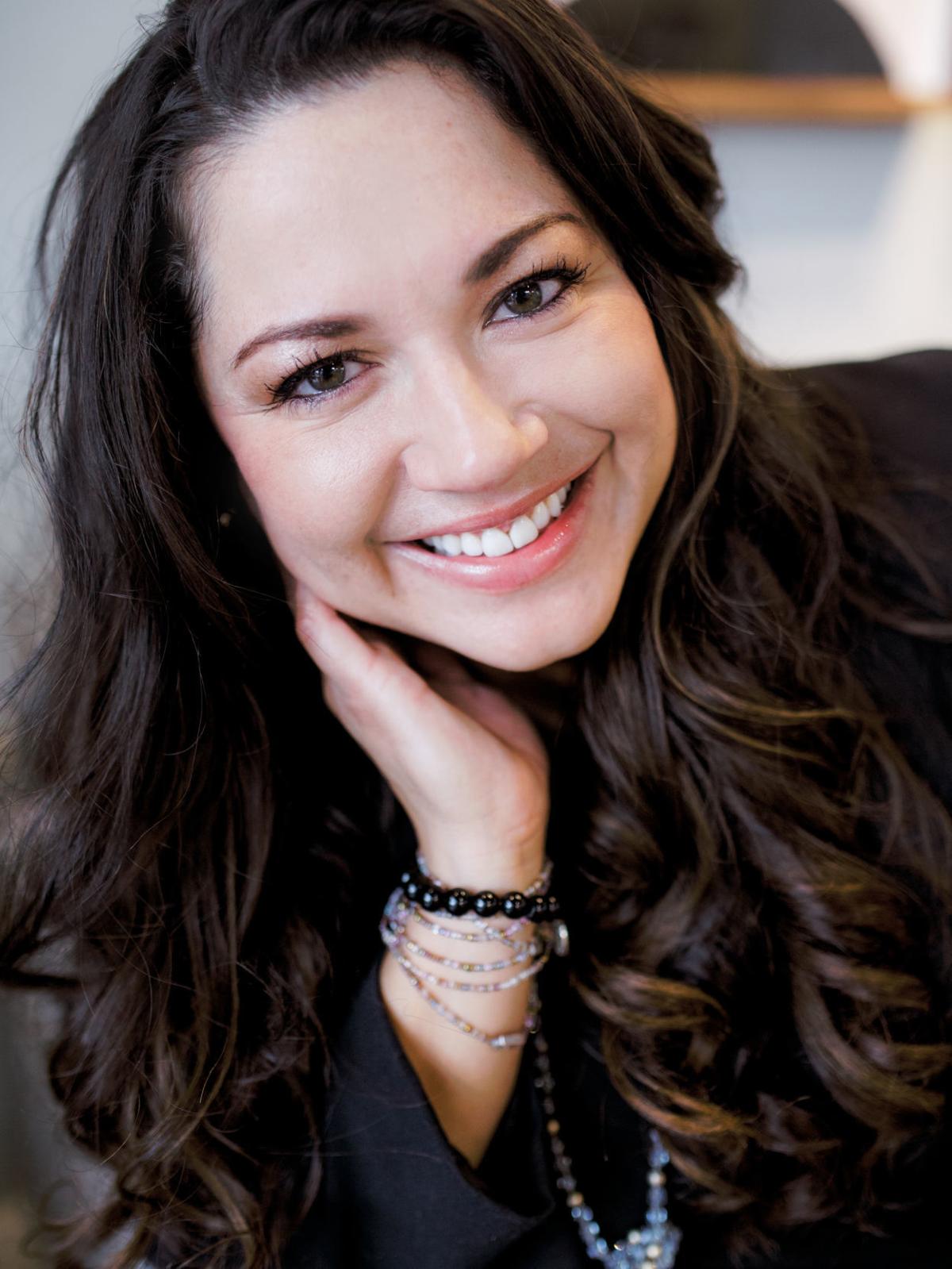 Leia Baez, an Omaha native, is a former journalist now working in government communications. She has one daughter, Estella, who she considers her mini-me. Leia loves spending time with family, being a mentor and empowering others through motivational speaking. Follow her on Twitter @LeiaBaez and on Facebook @LeiaBaezspeaks. You can also read more about her at leiabaez.com or email her at info@leiabaez.com.