Get a dose of adorable in your inbox

Receive local adoptable pets PLUS updates for pet lovers in your inbox every week!

Queen Elizabeth II's corgis will live with the Duke and Duchess of York, Andrew and Sarah, a source close to the Duke of York told CNN on Sunday.

The pair, who divorced in 1996, both reside at the Royal Lodge on the Windsor estate.

The source told CNN that the Duchess bonded with the monarch over a shared love of dog-walking and horse-riding.

Even after her divorce from Prince Andrew, Sarah continued her friendship with the Queen by walking dogs through the Windsor estate, the source added.

The Queen, who died Thursday at the age of 96, is reported at the time of her death to have had four dogs, two of whom are Pembroke Welsh corgis, Muick and Sandy.

She is also reported to have left behind an older, mixed breed "dorgi" called Candy and a cocker spaniel named Lissy. It is unclear who will be looking after Candy and Lissy.

Corgis have become synonymous with the monarch, who throughout her long life was regularly photographed with a Welsh corgi at her feet.

The Queen was often credited with creating the dorgi breed when her corgi mated with a dachshund owned by her sister, Princess Margaret.

The Queen's passion for corgis dated back to her childhood, when she fell in love with her father King George VI's dog, Dookie. In 1944, on her 18th birthday, she was given a Pembroke Welsh corgi puppy named Susan. Such was her attachment to Susan, she reportedly took her on her honeymoon in 1947. Susan died in January 1959.

The monarch went on to own dozens of corgis in her lifetime. One, Willow, famously appeared alongside her in the James Bond sketch that she recorded for the opening ceremony of the 2012 London Olympics.

When Willow was put to sleep at the age of 14, the Queen lost the last descendant of her original corgi, Susan. According to Reader's Digest, the Queen had a fondness for corgis because of their "energy and untamed spirit."

Prince Andrew stepped back from public duties in 2019 following a firestorm of criticism over an interview about his association with convicted sex offender Jeffrey Epstein.

Earlier this year, he paid a settlement to sexual abuse accuser Virginia Giuffre, according to her attorney, and a U.S. district judge agreed to dismiss her lawsuit against the Duke of York.

The prince has repeatedly denied wrongdoing. Still, the allegations against Andrew, 62, have dramatically tarnished his public standing.

Photos: A look back at the queen and her corgis through the years

The 15 most active dog breeds

Get a dose of adorable in your inbox

Receive local adoptable pets PLUS updates for pet lovers in your inbox every week!

Dogs can smell when humans are stressed, study says

There's now scientific evidence on one of dogs' impressive skills in a long list of endearing traits: the ability to smell when you're stressed.

Porkchop the therapy pig hams it up all over Connecticut

With more than 1,000 followers on Instagram, Porkchop the therapy pig is saving the day for schools and nursing homes in need.

Where and when to leaf peep with your pup

More Americans are seeking calm and clarity in nature — and bringing their furry co-pilot with them.

A patio for your cat: Catios are the new craze

Your cat loves to be outside but may be killing innocent birds. A catio can help. It's just what it sounds like: a cat version of a screened-in porch.

My Pet World: Why does my dog pee on the floor at my son’s house, but not mine?

Good Samaritans are being hailed after they stopped to investigate along a highway when they noticed an abandoned suitcase “moving” by itself.

Waterless dog shampoos freshen up your pet's fur: Here's what to know

Waterless dog shampoos work by absorbing oils and loosening grime so you can wipe your dog clean. They also tend to leave a pleasant scent behind.

My Pet World: How to deter (humanely) feral cats from your yard

Survey: Most people will 'try anything' to lose weight

Study: Is your laptop making you lie more?

Study: Is your laptop making you lie more? 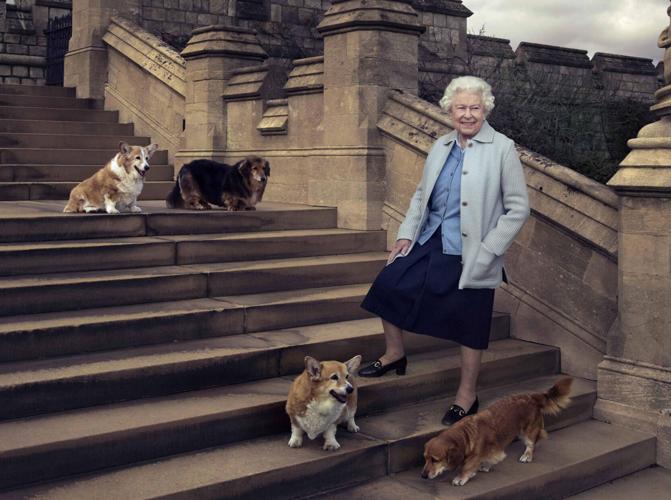 In this image taken by Annie Leibowitz in April 2016 to mark the Queen's 90th birthday, she is pictured with four of her dogs: clockwise from top left Willow (corgi), Vulcan (dorgi), Candy (dorgi) and Holly (corgi). 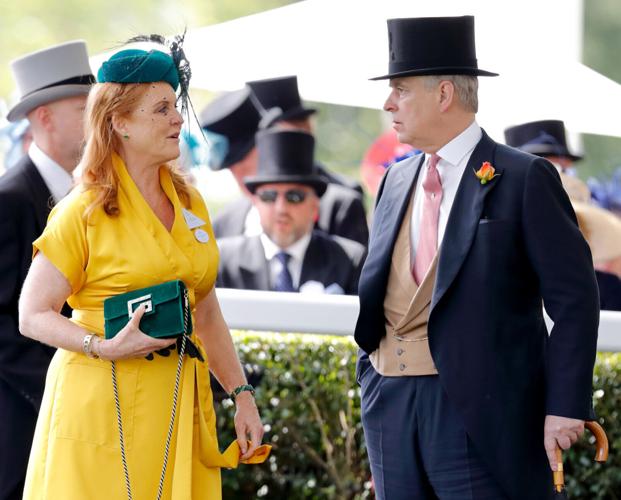 The Duke and Duchess of York, Andrew and Sarah, are shown at Royal Ascot in England on June 21, 2019.