Subscribe
Read Today's E-Edition
Share This
Summer's not over yet: Lots of fun things to do in August at Nebraska's parks
0 Comments
Share this
Marjie Ducey

During August, a variety of events are planned at Nebraska’s state parks for those interested in history, conservation, nature or just having a good time. Several examples:

Wildcat Hills State Recreation Area, night sky, Aug. 27: Bring a blanket for the event, which starts at 8:30 p.m. Mountain time at the park south of Gering. Visitors can explore constellations, mythology and much more. They will have an opportunity to watch the Perseids meteor shower, one of the best meteor showers of the year.

Arbor Lodge, history of dolls: Special doll collections will be on display throughout the mansion in Nebraska City from Aug. 5 to 31. A doll tea party is scheduled for Aug. 14 from 11 a.m. to 2 p.m. Bring a favorite doll or stuffed animal. Tickets are $20. Call 402-873-7222 for more information.

Platte River State Park, 40th Anniversary Run: Come celebrate the 40th anniversary of the park near Louisville with a fun, scenic 1- or 3-mile trail run Aug. 13. Runners will traverse the park’s challenging, beautiful trails. After the race, runners are encouraged to stay and explore the park. Go to calendar.outdoornebraska.gov to register before July 30.

Eugene T. Mahoney State Park, stargazing: Powerful telescopes will be set up at the park’s golf shack from 9-11:30 p.m. on Aug. 19 so visitors may get a glimpse of the night sky. Stargazing will begin at dusk. Remember to bring camp chairs or blankets.

Arbor Lodge, Mystery at the Mansion: Come to the park Aug. 13 for an evening of fun with Mystery at the Mansion: Clueless Murder. This old-fashioned whodunit will take place at the mansion at at 6 p.m. Solve clues, look for evidence, and break the case while mingling with new friends. Participants will receive a character to portray as they arrive at Arbor Lodge Mansion. Cost is $25. Go to calendar.outdoornebraska.gov.

Fort Atkinson, Living History Weekend: Step back in time from 10 a.m. to 4:30 p.m. on Aug. 6 and 7 at the park. Activities will include a historical military production, mountain man camp, blacksmithing, tinsmithing, spinning/weaving, coopering and more.

Nebraskan comes home to share three state parks on 'RV There Yet?'

Returning to Nebraska to film parts of the television series “RV There Yet?” brought an unexpected homecoming for Lincoln native Patrice McCabe and her husband, Kevin.

With its 1,250 nests, Wolf Island and its population is the first major American white pelican nesting colony in Nebraska.

Since Chadron State Park opened in 1921, the number of Nebraska state parks has grown to 76. More than 12 million people visit each year.

The best oils to use for every hair type

How to successfully grow tomatoes indoors

How to successfully grow tomatoes indoors

Getting spicy with it! The best ways to add spice to your diet

Getting spicy with it! The best ways to add spice to your diet

How to workout safely when it's hot outside

How to workout safely when it's hot outside

Living History Weekend at Fort Atkinson State Historical Park in Fort Calhoun, scheduled for Aug. 6 and 7, provides visitors with various experiences that evoke the past. 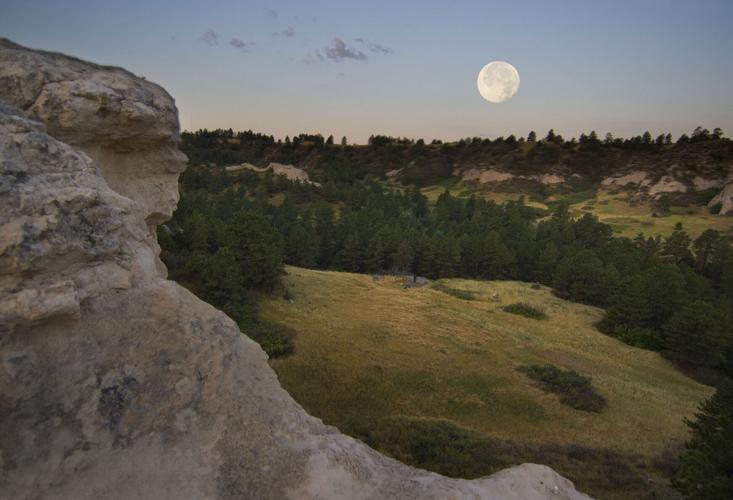