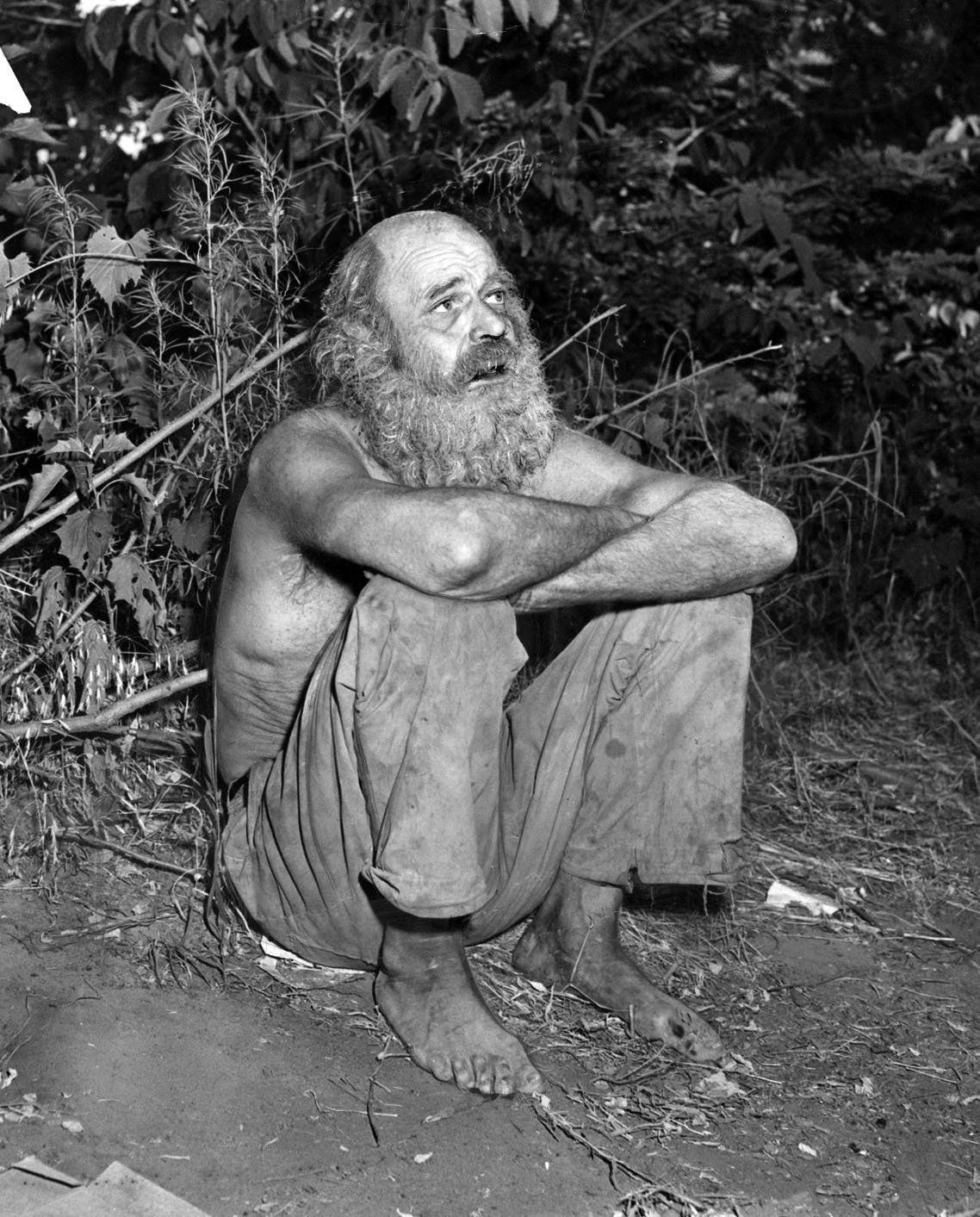 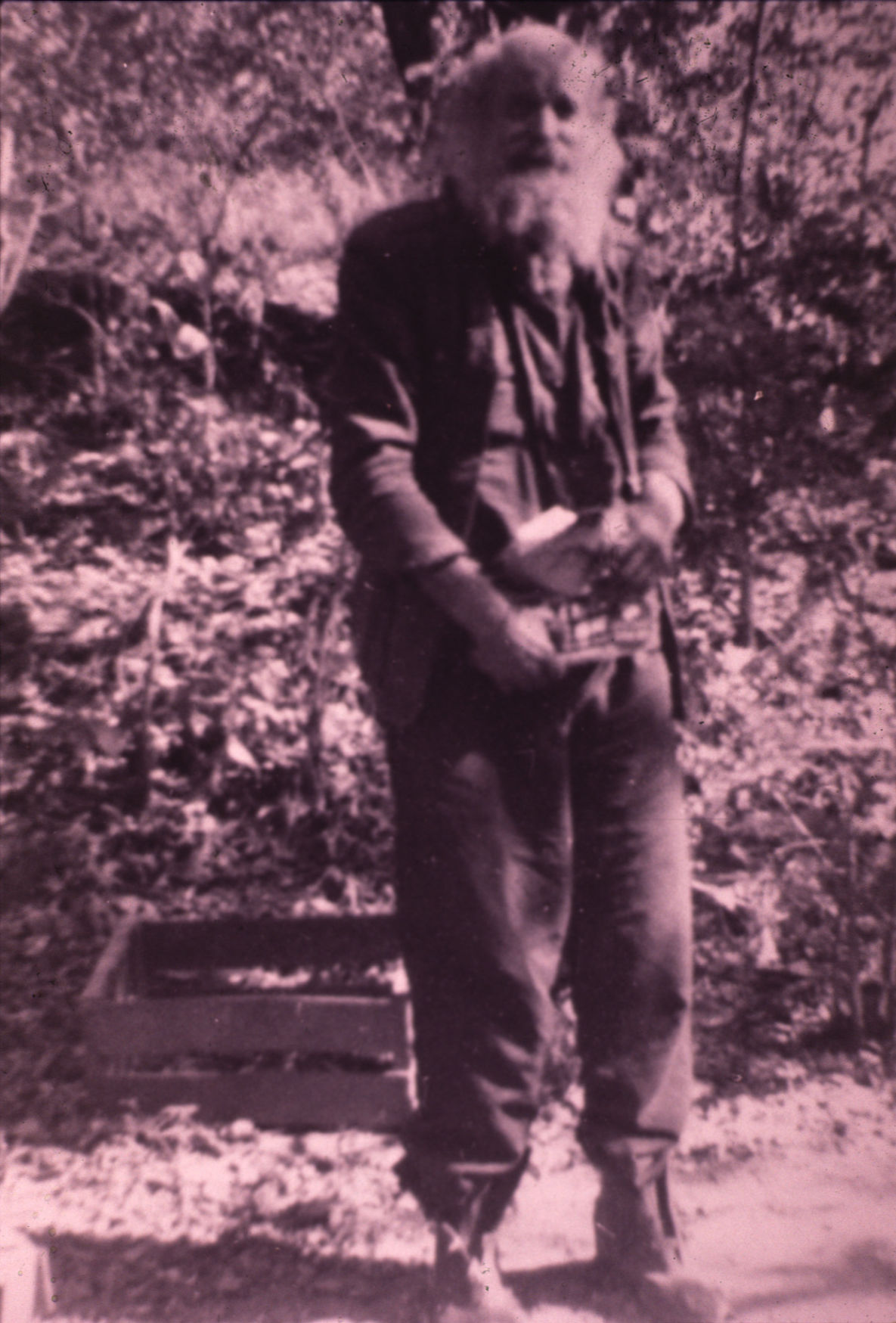 Editor's note: This piece originally was published on April 23, 2006, as part of David Harding's "Everyday History" column in The World-Herald.

Jim Baldwin was interested in the outside world. He just didn't want to have much to do with it.

After his experience as an infantryman in World War I, Baldwin decided to keep his distance from civilization. Around 1920, he retreated to the wooded hills next to Fontenelle Forest in Bellevue. He lived in a small cabin with his father and brother for a few years, then his father died and his brother moved away.

For the next 35 years, Baldwin lived alone in the woods. He canned food from his garden and welcomed the occasional sack of groceries from Bellevue friends. He was a voracious reader, so Burlington railroad workers regularly dropped a stack of newspapers and magazines by the tracks below his camp.

At first, he socialized with members of the Omaha Walking Club and canoed the Missouri River. But as the years went on, he kept to the forest. Baldwin dug in, living in a series of caves and makeshift huts. Former Fontenelle Forest director Jim Malkowski recalls visiting one of the hermit's hideouts.

"It wasn't much more than a couple of beams holding up a few boards. You had to crawl through an entry into a small room with a dirt floor. He had gathered books and magazines of all kinds, and after he read them he packed them against the walls. It reminded me of a mouse's nest, " said Malkowski.

For a hermit, Baldwin was pretty friendly and outgoing. Boy Scout groups often sought him out to hear stories – some true and some fanciful – about animals he encountered in the woods.

"Hermit Jim! Hermit Jim!" they called as they wandered through the forest, until they found him and gathered around. He told them about the hoop snake, which had a curious way of escaping from predators. This snake swallowed its tail end and kept on swallowing until it disappeared.

Hermit Jim assured young visitors that he had seen a hoop snake do this. He had then hidden behind a tree and watched until the snake opened its mouth and stuck its head out. Seeing the coast was clear, it slithered out of its mouth and away into the underbrush.

In 1959, two teenagers sneaked away from their Boy Scout troop at nearby Camp Wakonda and decided to rob Hermit Jim. When they found him, they asked for advice on building an Indian-style fire. As he demonstrated, one of the youths hit him over the head with a club. The force of the blow knocked one of his eyes out of its socket.

The boys were horrified. They told their scoutmaster, while Baldwin crawled to the edge of the woods and found help. He spent a month in the hospital and lost the eye.

When Hermit Jim came out of the hospital, the community of Bellevue was ready. A chauffeured limousine delivered him to a welcome home party in the town center, presided over by Bellevue's mayor and accompanied by members of the Strategic Air Command band.

Most of those celebrating his return were kids, whom he entertained with stories until a helicopter arrived to whisk him back to his forest digs.

It was a surreal conclusion to a strange episode in his life. But the experience didn't sour him on teenagers or visitors to his forest hideaway.

Hermit Jim went back to his barefoot lifestyle in the forest. A cold spell during the winter of 1961 sent some acquaintances to check on him. They found him huddled in his hut with frostbitten feet. The Boy Scouts carried him out of the woods.

Baldwin moved in with his sister in Omaha, where he lived until his death in 1966 at age 78.

Want more of this? Check out Omaha.com/history for more stories from our city's fascinating past.

Reasons you should be drinking lemon water

Reasons you should be drinking lemon water

Learn how you can smile at a cat

Learn how you can smile at a cat

Cute animal videos are good for your health

Cute animal videos are good for your health

What's the deal with Carter Lake (aka the only Iowa city west of the Missouri River)?

Depending on your perspective, Carter Lake is either a feisty little Lichtenstein squeezed between Nebraska and Iowa or a gallstone in Omaha’s gut. Either way, the town deserves respect for having survived its history of geographic and political whiplash.

Frank Kawa, the force behind South Omaha landmark Johnny’s Cafe, was once known as 'the beer baron of Omaha'

Jack Kawa had heard passing remarks about his father’s involvement in the liquor trade during Prohibition in the 1920s. It was a fun family fact, but he never gave it a second thought.

Baysdorfer brothers, Omaha's very own fathers of invention, were behind the 1st automobile and airplane built in Nebraska

The horseless carriage first appeared on Omaha streets when merchant Emil Brandeis paid the ungodly sum of $5,000 for an automobile delivered in 1895. Otto Baysdorfer didn't have that kind of cash, so he and his two younger brothers did what any self-respecting mechanical geniuses would do – they spent two years designing and building their own.

The story behind Petrow's Restaurant, an Omaha institution

This is a tale of two Nick Petrows. The first one came to America from his native Greece in 1895.

The story of Dynamite Pete: Hermit who lived near Platte River was 'one of the colorful characters of the country'

Dynamite Pete is a fading memory in and around Louisville, but his legend lives on in the yellowed newspapers and archives of the town library, and every so often in a fuzzy bar tale told by an old-timer.