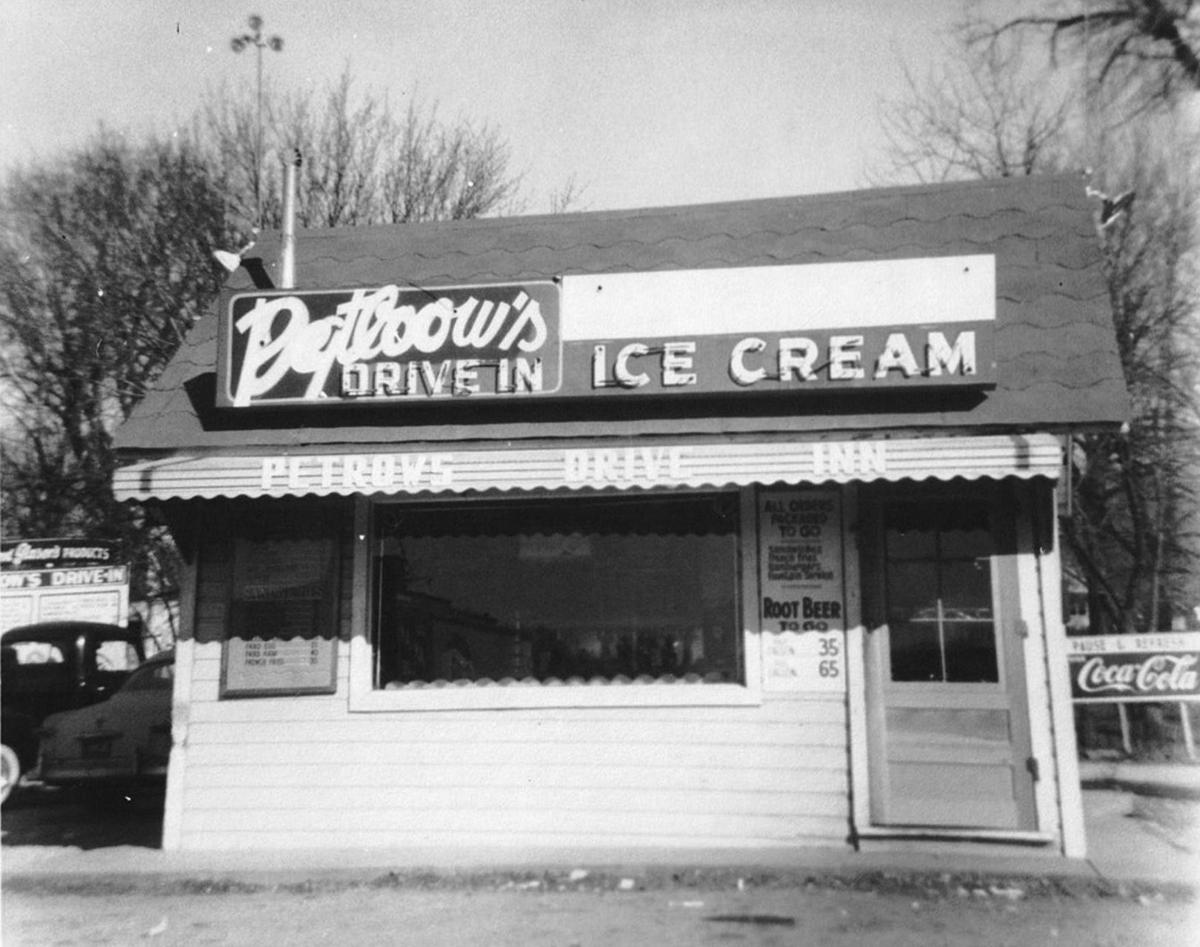 The original Petrow's Drive-In near 60th and Center Streets, circa 1950. The building was a converted gas station, and the sign came from Nick Petrow's previous business, an ice cream shop called the Igloo. 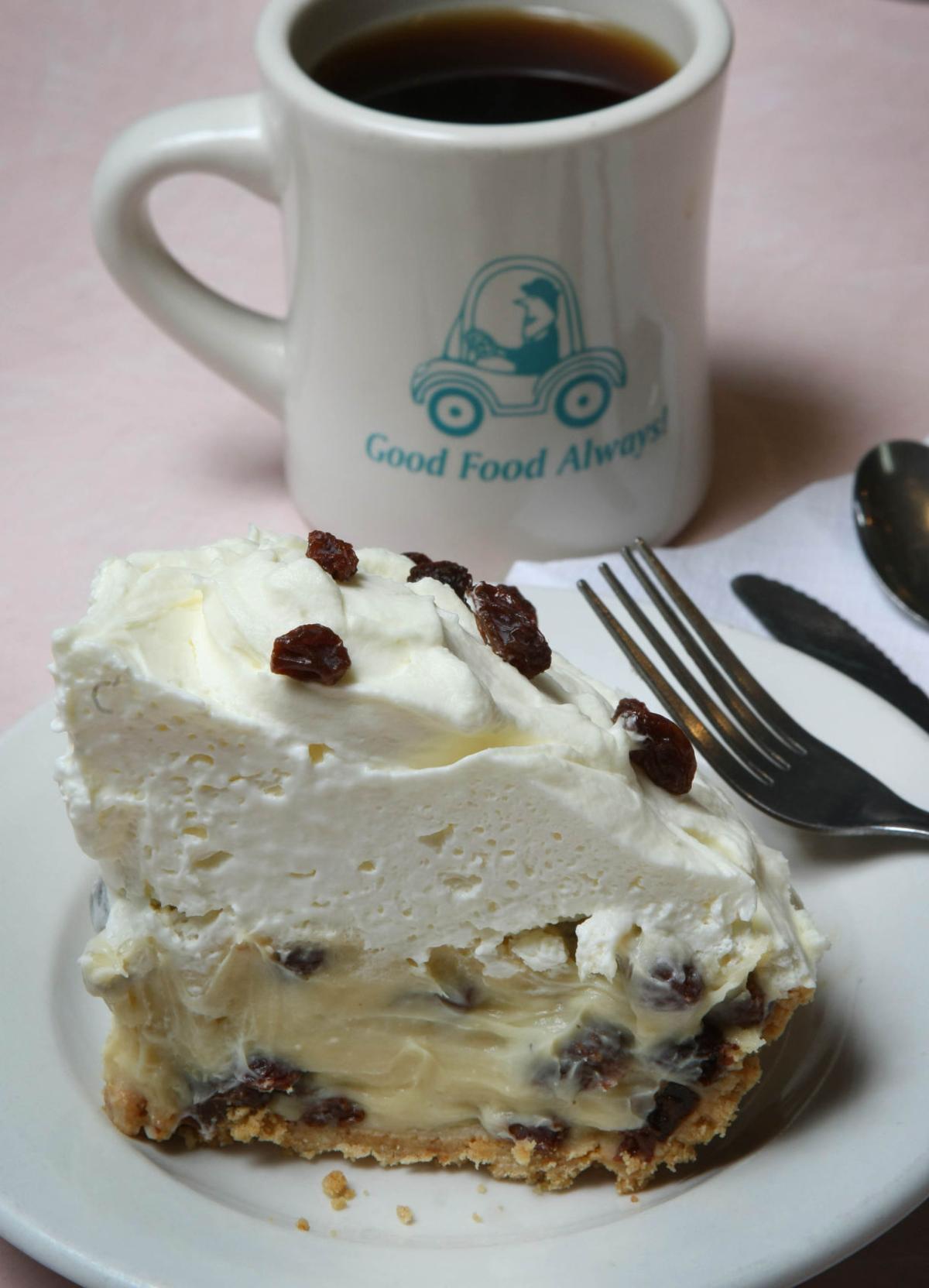 Sour cream raisin pie and coffee. This photo was taken for a 2008 World-Herald review of Petrow's. 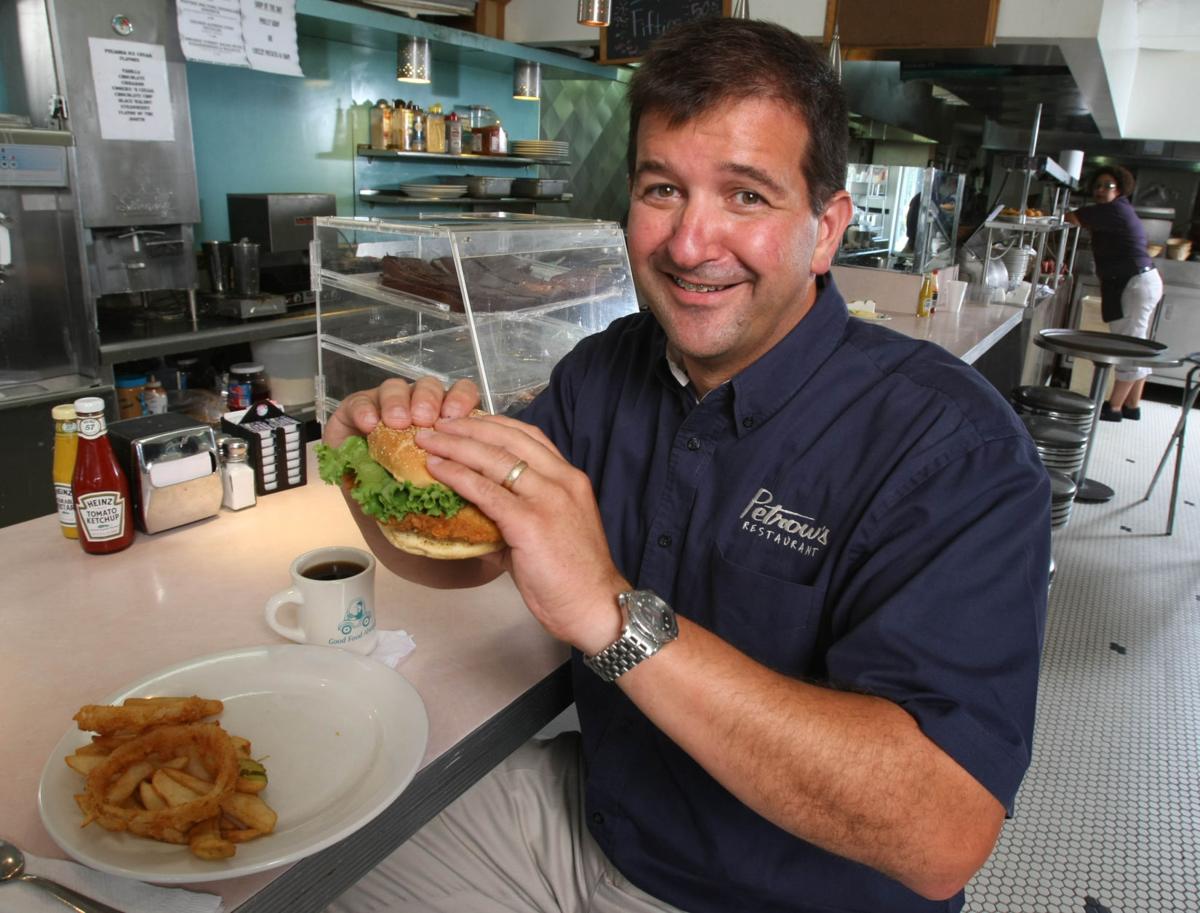 Nick Petrow in a photo taken for a 2008 World-Herald review of Petrow's. 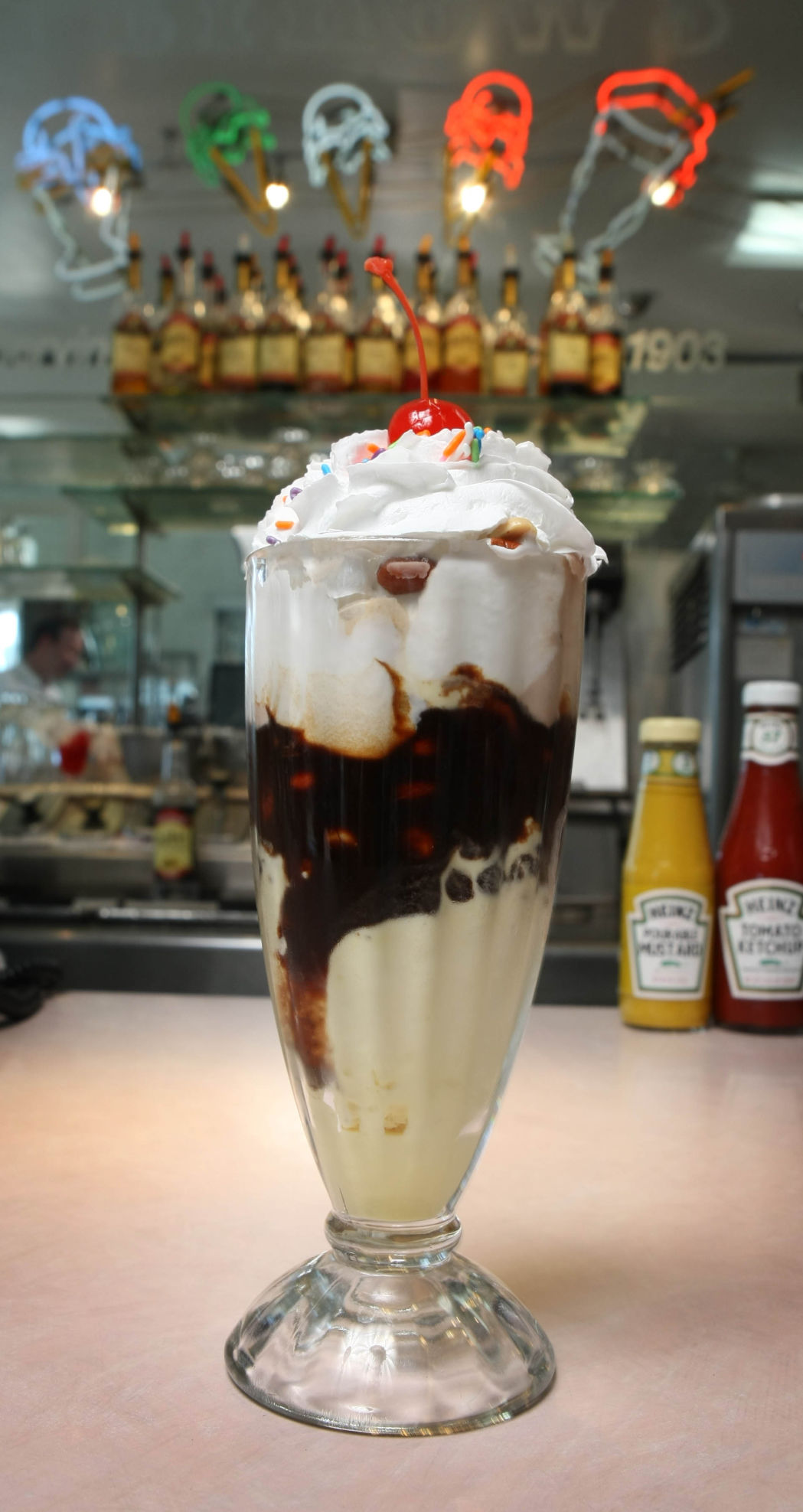 A clown sundae at Petrow's. This photo was taken for a 2008 review of the restaurant.

Editor's note: This piece originally was published on April 5, 2009, as part of David Harding's "Everyday History" column in The World-Herald. Petrow’s on Sunday announced that it will close its doors Saturday.

This is a tale of two Nick Petrows.

The first one came to America from his native Greece in 1895. It's doubtful he ever had heard of a place called Nebraska when he hoisted his bag on his shoulder and came ashore at Ellis Island.

Petrow was about 13 years old at the time. Greeks in New York described a thriving Greek colony in Minneapolis, so the youngster made his way across the country and got a job selling sweets and sundries from a fruit cart. His four younger brothers came to America at a similarly tender age, and three of them settled in Fremont, Neb.

Reports from a younger brother led Nick to abandon the increasingly competitive streets of Minneapolis for Fremont's better opportunities. In 1903, he and his brother John rented a building and opened Petrow's Fremont Candy Kitchen. It was a confectionery, specializing in candy, fruit, soda pop and other sweets, but also newspapers, cigars and sandwiches.

After a fire gutted the Fremont Candy Kitchen around 1930, Nick's brothers moved across the street and opened Petrow's Cafe, a Fremont landmark for more than 30 years.

Nick was also ready to get into the restaurant business. He sold his two downtown Omaha businesses and poured all of his resources into a restaurant called the Sunset Tea Room at 49th and Dodge Streets. His timing couldn't have been worse. Not only did the Depression make it tough to establish a new business, but a two-year project to widen Dodge Street stranded his storefront behind construction barriers. By 1934, Nick had run out of operating capital and gave up the business.

It hurt to lose everything, but Nick had started from scratch before. He partnered in two restaurants during the next decade, and in 1945 he went back into business for himself with an ice cream stand shoehorned into a shack at 42nd and Leavenworth Streets. The shack had a round roof, so he called it the Igloo.

Five years later he was able to buy property at 60th and Center Streets, where he converted an A-frame gas station into a diner. He reused the sign from his previous location by painting "Petrow's" over the word "Igloo." The result was barely legible, but it didn't prevent locals from discovering the place. Nick Petrow had finally found his spot.

Fast forward more than 40 years to 1992, when Nick Petrow's grandson – also named Nick Petrow – came back to Omaha to run the family business. The younger Nick had done his best to break out of town and escape the restaurant business. He earned an engineering degree and worked jobs in Sioux City, Kansas City and Texas.

When his wife was expecting their first child, his mother began dropping not-so-subtle hints that his father would soon be selling the business ... unless Nick wanted to take it over.

Nick had worked at Petrow's throughout high school, so he knew what he was getting into when he accepted the offer. His dad, Chris, helped with the transition, then stepped back after 35 years at the helm.

The legacy is displayed in oversize photos throughout the restaurant, and Nick points at them as he talks about his grandfather, whom he never met.

"He died the year before I was born, but I've heard the stories, " he says. "For example, his daughters were pretty ladies, and lots of guys would come in and sit at the counter just to talk to Betty and Helen. Grandpa used to run them out with a meat cleaver."

Now Nick's daughters – ages 16, 14 and 12 – work in the restaurant. In this family, history seems to repeat itself, so Nick knows what to expect next.

An underground geothermal energy system being installed at Petrow's includes an array of 15 tubular wells, dug 300 feet underground, and a large water holding tank known in the trade as a battery.

The Cuban missile crisis in 1962 jangled the nerves of Americans everywhere. Knowing that President Kennedy and Soviet Premier Nikita Khrushchev each had a finger on the nuclear trigger scared people into action.

Bash presses Birx: 'Why did this happen?'

Bash presses Birx: 'Why did this happen?'

The original Petrow's Drive-In near 60th and Center Streets, circa 1950. The building was a converted gas station, and the sign came from Nick Petrow's previous business, an ice cream shop called the Igloo.

Sour cream raisin pie and coffee. This photo was taken for a 2008 World-Herald review of Petrow's.

Nick Petrow in a photo taken for a 2008 World-Herald review of Petrow's.

A clown sundae at Petrow's. This photo was taken for a 2008 review of the restaurant. 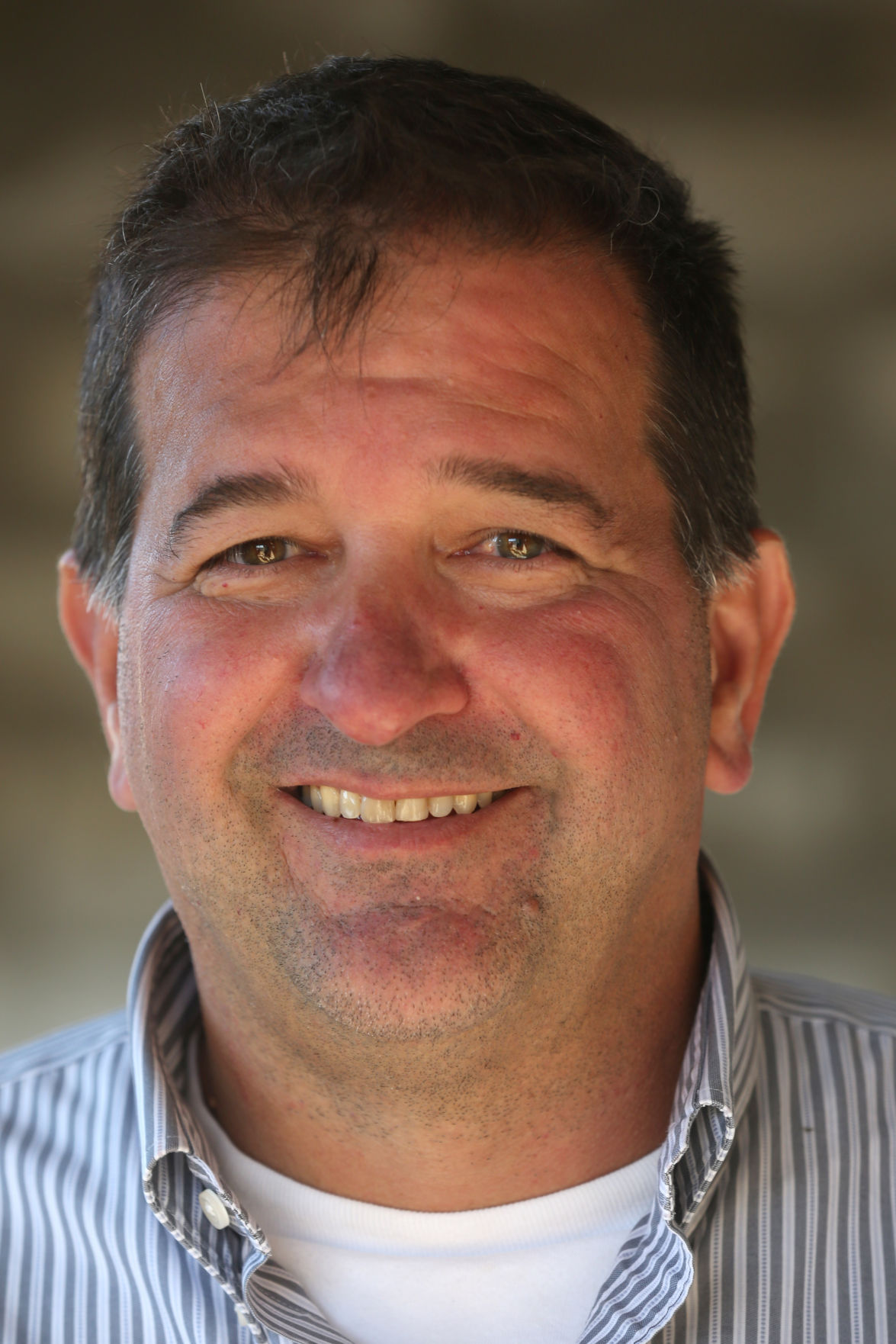