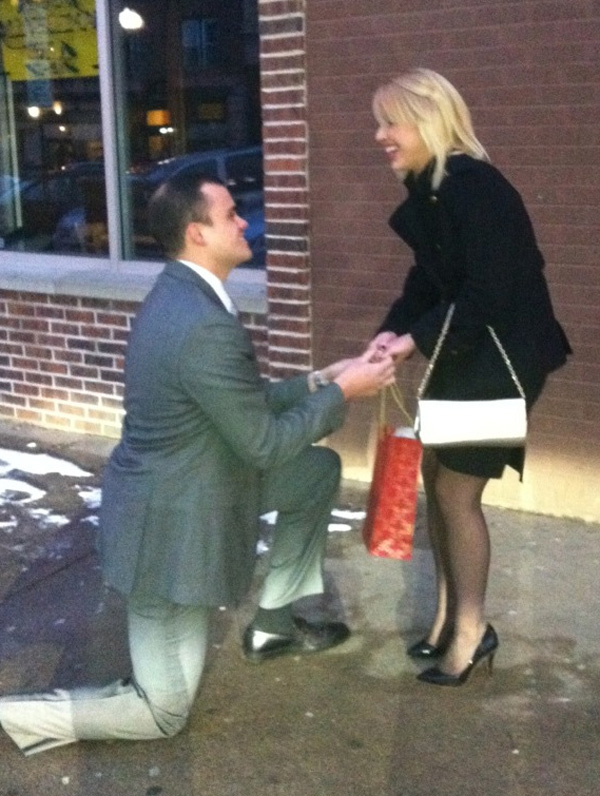 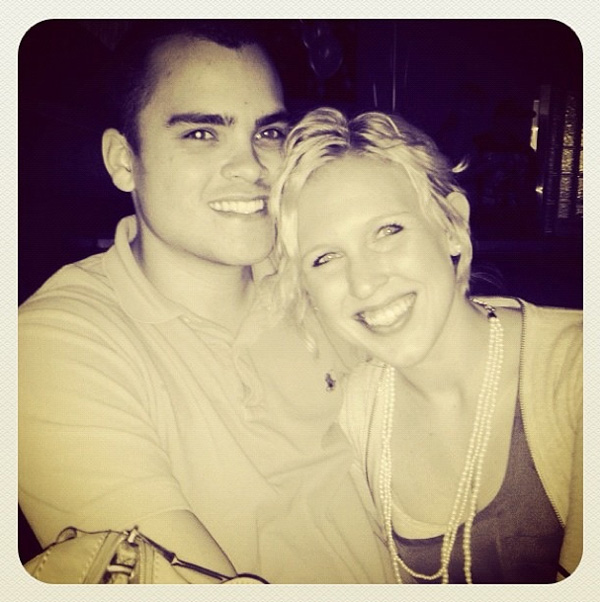 Brittany is a fun, friendly and up-beat type of girl. She met Alex downtown at O’Conner’s Pub on Halloween a few years back.

So, it’s around Valentine’s Day and Brittany gets scheduled to work on one of the biggest date nights of the year. She gets stuck at the hospital all day on Valentine’s Day since she’s a cardiac nurse — and where would those patients be without Brittany to cheer them up on Valentine’s Day. She and Alex had decided to postpone their Valentine date until the weekend. Of course Brittany didn’t mind because it meant less crowding and more romance.

The couple spent Saturday afternoon running errands and doing things around town together. By the time dinner rolled around they had freshened up and headed downtown with their Valentine’s gifts in hand.

“By the time I realized O’Conner’s Pub (the bar we met at a Halloween party two and a half years before) was in between the two, I realized why we would be at O’Conner’s and I turned around to find Alex on one knee in the middle of the Old Market,” Brittany said.

“I don’t really remember what he said I was so shocked. Afterwards, Alex said, ‘ok let’s go get a beer and then we will go to dinner and celebrate.’ This had become a tradition of ours to come back on Halloween every year and have a beer. As I walked in I was stunned to find a room full of our close family and friends there and ready to celebrate! It was an amazing night and I am such a lucky girl!”

Now Brittany proudly wears a radiant cut cushion diamond with a gold band. She says it’s so original and totally suits her.

“Alex is my best friend and our friends and family are so much fun and so supportive, it is going to be a blast,” Brittany says about her future winter 2014 wedding. “Our family was lucky enough to have two engagements in less than two weeks! Alex sister, Megan Frantz, was engaged to Ross Jones the week before us. They are getting married spring 2014. It’s going to be an exciting year!”

Cities that spend the most on residential construction

Here's how to stop being such a people pleaser

Here's how to stop being such a people pleaser