“We planned our wedding in three weeks and had a friend get ordained to marry us,” Sydney said.

And they got married on paddleboards on the lake at Cottonmill Park in Kearney as their guests watched from the shore.

Their officiant, Curtis Hinrichs, was on board. In fact, it was his idea.

“He mentioned a paddleboard wedding as a joke,” Sydney said. “Then after an hour, we had it all planned and an inflatable paddleboard ordered on Amazon.”

It led to the funniest moment of the weekend.

“We were practicing being on the water on the paddleboards in an old bridesmaid dress and the guys in pants, and we fell in when we went for a kiss,” Sydney said.

It was smooth sailing the rest of the way.

Logan was working as a pharmacist when a co-worker who was also friends with Sydney suggested they meet. That get-together over sushi went well and they started dating in July 2020. Sydney was working in North Platte and then Sidney and Logan took a job in New Mexico in October and they dated long-distance.

“Seeing each other once a month, meeting up in southern Colorado and hiking and staying in cute AirBnbs,” Sydney.

Sydney flew down to New Mexico for the weekend and they hiked up Mount Taylor. Logan proposed at the top of the mountain after a three-mile climb. The three miles back down took place in a rainstorm. After doing so much long distance, they didn’t want to wait long and were married six weeks later. There was no significance to the date.

They wanted to make it all about the two of them, and say the whole day was perfect. They went to church together, ran some errands and ate lunch together beforehand, so nothing felt rushed. A sweet moment came with their photographer and videographer after the ceremony. The weather was perfect and music was playing.

“We were super happy and excited and had time to just hang out before the reception,” they said. “It was also fun when we kissed at the ceremony on the boards and did not fall in the water.”

Despite the short notice, almost all of their 50 guests were on hand.

They didn’t have a bridal party and they kept costs under $5,000. Food and photography were their biggest items.

Sydney also bought two dresses; a $25 clearance version for the water and a $900 off-the-rack one for the rest of the party. Cottonmill Park was centrally located for their guests and also where they shared their first kiss.

Sydney will be moving to New Mexico soon and they can’t wait to do all the normal married couple things, like going to the grocery store, playing ultimate frisbee and just hanging out. Logan said Sydney is a great person and wonderful to be around.

“She constantly makes me laugh. I can’t wait to spend the rest of my life with her and see all the fun things we get to do together,” he said.

Sydney said Logan is adventurous, patient and the love of her life.

“Every minute we are together is relaxing and filled with laughter,” she said.

About their big day

FLORIST: Bouquet and boutonniere made by bride. Some dried flowers were from her mom’s garden and some were artificial.

Study shows wedding scene seems to be returning to normal

The study revealed that many factors impacted by COVID in 2020 are back to pre-pandemic numbers. Only 10% of couples needed to change their wedding location in 2021 (45% in 2020) and in 2022, 98% of those set to wed are confident their wedding will take place as scheduled.

Tips for moving your home office outside

Watch Now: Do you need to protect your phone number?

Watch Now: Do you need to protect your phone number?

Watch Now: How to make a hybrid office environment work

Watch Now: How to make a hybrid office environment work

How to spot gaslighting in a relationship

How to spot gaslighting in a relationship 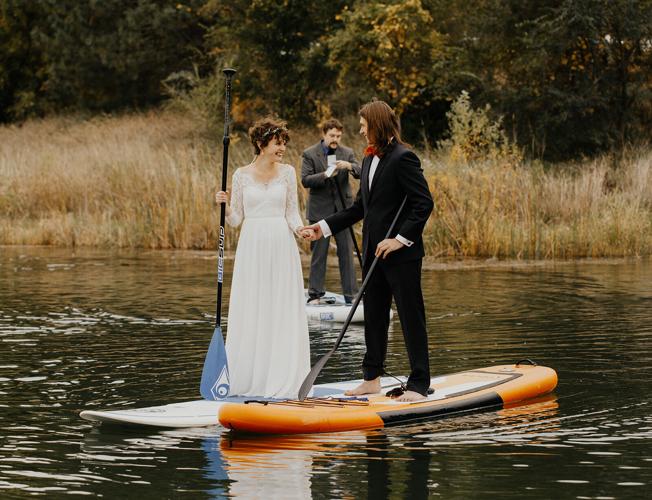 Sydney Norris purchased two gowns, in case she fell in the water during her wedding to Logan Smolla. 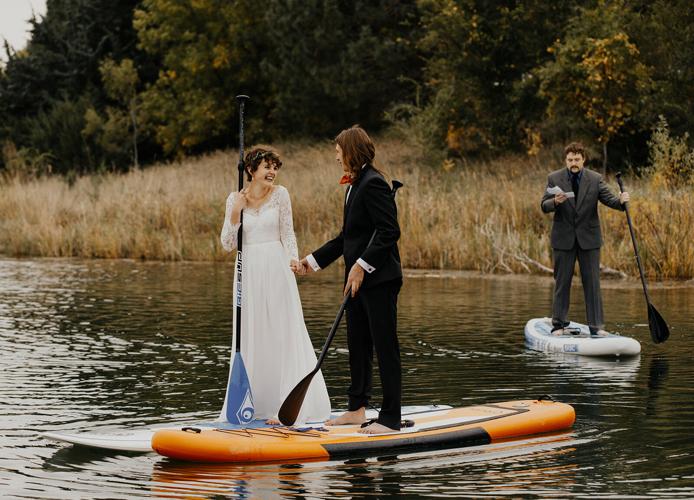 Sydney Norris and Logan Smolla were married at Cottonmill Park in Kearney as their guests watched from the shore. Curtis Hinrichs was the officiant. 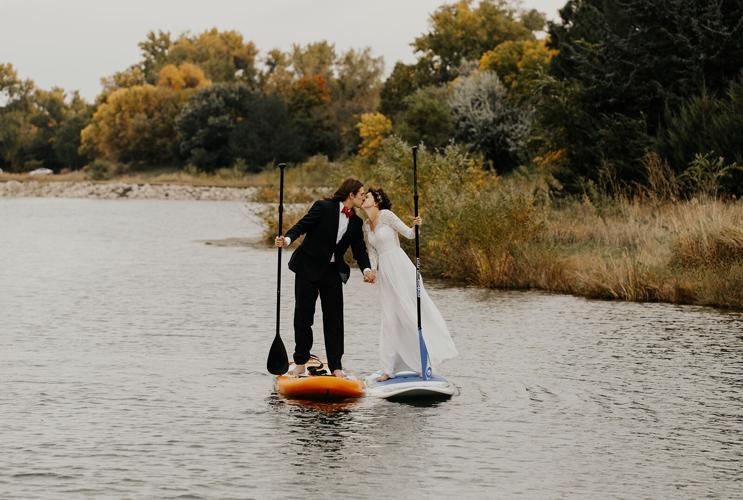 The first time Sydney Norris and Logan Smolla tried this kiss they fell into the water. 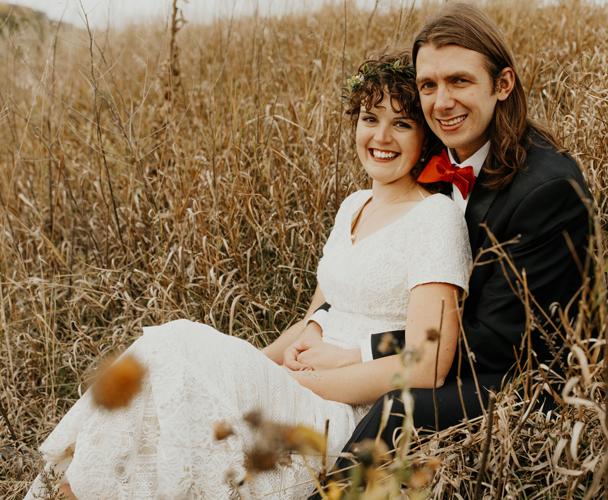 They'd been dating long distance, so they didn't want to wait long for their wedding. 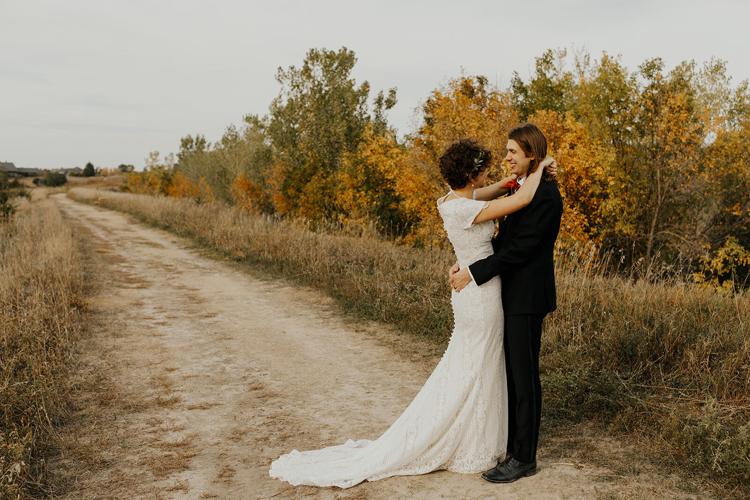 Another sweet moment, this time on dry land. 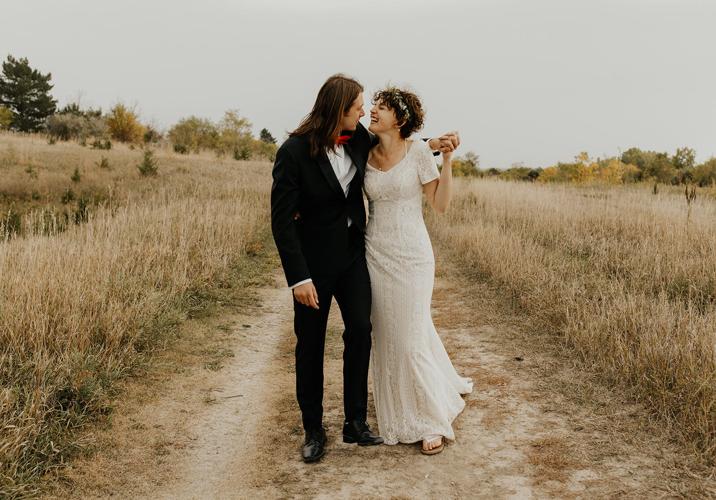 Logan and Sydney said they make everything fun for each other. 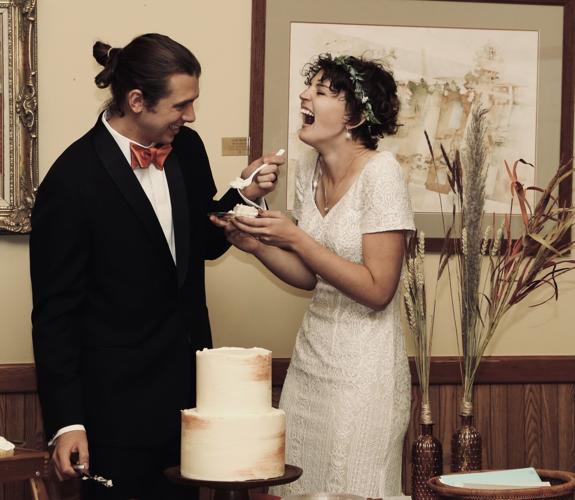 The happy couple enjoy their cake, which was made by friend Calla Job.