Amanda Betzold calls the look for her wedding “strategically mismatched.”

That’s because most of it was second-hand, sourced from her neighborhood buy nothing group on Facebook and at local thrift shops.

“It turned out awesome,” she said of the September celebration with husband Noah. “We were a little worried it was going to look hodgepodge.”

The couple, who live in the Benson area, had at first decided to go the traditional wedding route when they became engaged in May 2020.

But even though they planned to have just immediate family and close friends, they found most venues too expensive.

“It just made more sense to have it at his parent’s house,” Amanda said. “We are on a budget, we are trying to save for a house. That’s like top priority right now.”

After that was settled, Amanda said they got lucky when they turned to some non-conventional solutions.

One woman in the buy nothing group was cleaning out the basement after her own wedding. The Betzolds picked up a carload of picture frames, candle holders, cake stands, serving platters, dishes and decorations.

They found fabric for the arch they were married under and lanterns from others. Some items, such as silverware, table runners and tablecloths, weren’t strictly wedding but fit their plans.

They hand-made some signs, pointing out where the food and guest book were located. Some of their table runners were curtains they bought at the Goodwill that they cut in half the long way and sewed together.

Wedding favors for their guests were coffee mugs from the Goodwill. Some had silly sayings and others were souvenirs from someone’s travels. They chose anything that made them laugh.

“We did have to fill in some gaps from Michaels or Amazon,” Amanda said.

The key to the whole look was that everything was in the same color family, she said. So even though everything wasn’t matchy-matchy it went together.

Amanda said she didn’t keep an exact count of their spending, but thinks they saved thousands by thrifting.

“If I guestimate really quickly, I would say we probably spent around $5,000,” she said. “We didn’t have a venue fee and we did all the food ourselves. The most expensive thing was our photographer, and she was totally worth it.”

Now if only they could find an affordable house as easily.

They say they’re so appreciative of everyone on the Facebook group, of which Amanda’s been a member for years.

“The people are just amazing,” she said. “We really lucked out. Most of it is going to be put back on the buy nothing group and passed on to other people who can use it.”

About the big day

CAKE Made by mother of the bride

CATERER Mother of the groom, The Dapper Donut

RENTALS Tables and chairs from United Rent All

INVITATIONS/PROGRAMS Designed by bride and printed at home

He's a fighter, bride says, after groom nearly dies a month before the ceremony

"When we met he told me not to fall in love with him because he had a bad heart," Kailie says, "but obviously I did anyway.''

Jonathan Johnson married Mariah Copeland-Johnson from his bed in Jennie Edmundson Hospital's intensive care unit. He spent nearly 50 days in the hospital after being diagnosed with COVID. 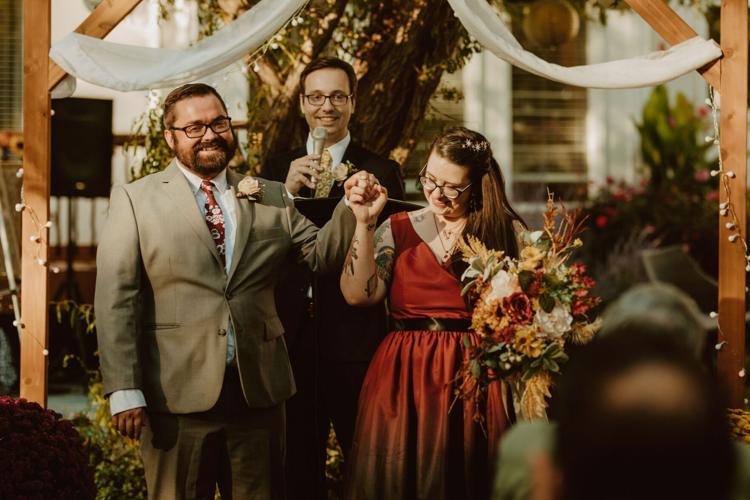 Amanda and Noah Betzold celebrate their marriage with friend Andrew Filippini, the officiant.

Amanda created her own wedding invitations. 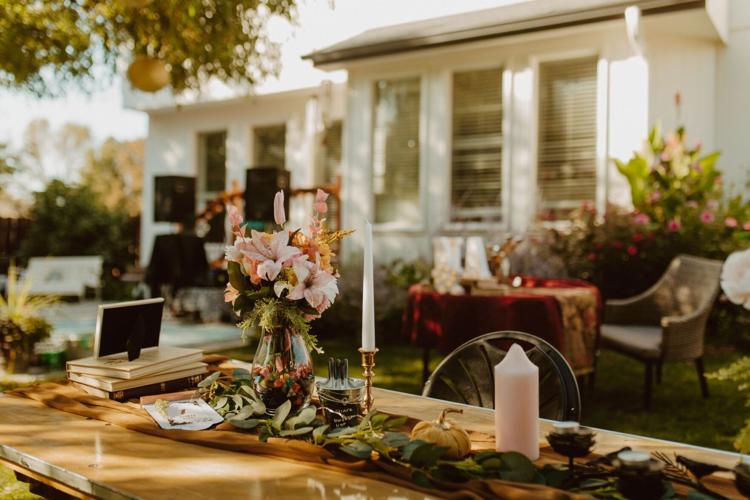 The flowers are fake ones that Amanda found in the basement of her grandmother, Pat Gaer. The candle is from the buy nothing group. 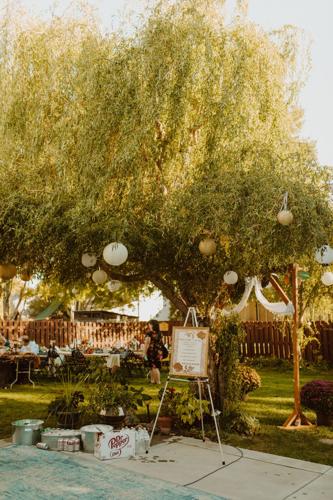 The wedding was held in the backyard of Noah's parents. 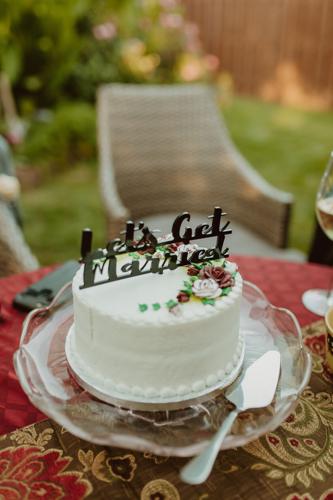 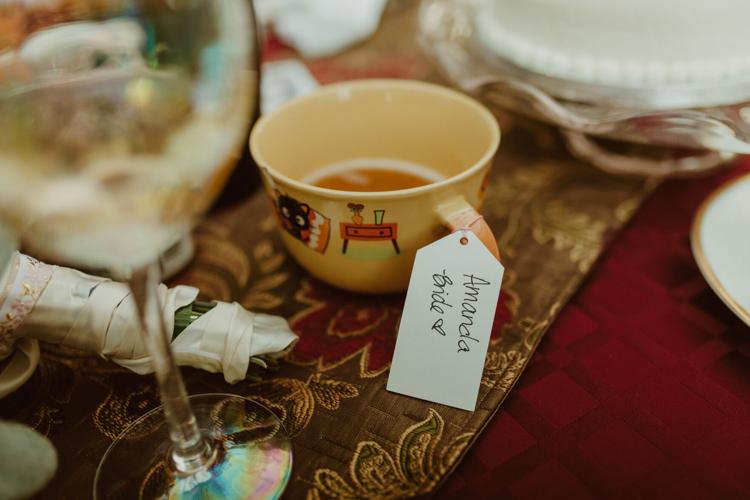 The couple thrifted coffee mugs that made them laugh as wedding favors. 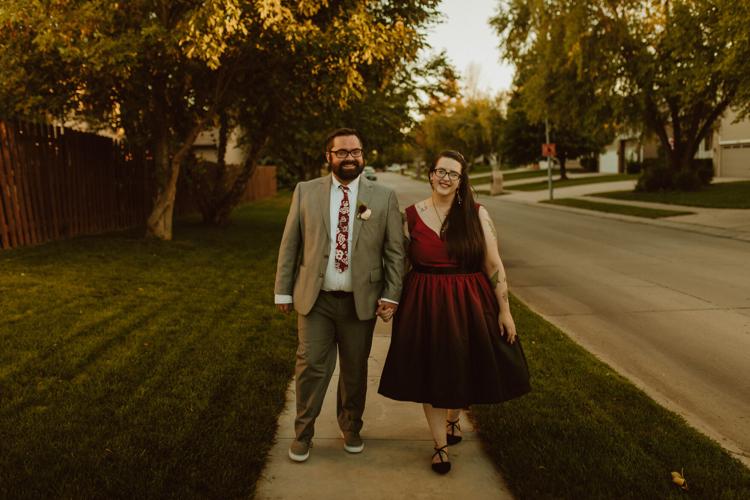 The couple wanted to save money on their wedding so that they can purchase a home of their own.