Grace: Creighton med students can't be in the hospital, but they're still finding ways to help
0 comments
Share this
{{featured_button_text}}

A group of Creighton University medical students heeded the principal rule of their calling: First, do no harm.

When the plug got pulled on medical student rotations in hospitals and clinics last month, the students had to stay home.

Personal protective equipment was too limited to spare for students — doing so in a time of crisis and potential shortage would be “unconscionable,” said the medical school dean, Dr. Robert Dunlay.

Plus, introducing more potentially virus-carrying humans into patient rooms could be too risky for all involved.

Dunlay said most medical schools across the U.S. have pulled medical students from hospital and clinic rotations, though in hard-hit places where fourth-year students have high-demand skills, they are still present. The students who do miss clinic will have to make up the lost time, and Dunlay said he hopes that Creighton’s students can be back in clinical settings as early as June.

Creighton medical students understood the reasoning, but some were unhappy about being benched when rotations ended March 17. No one, least of all a young, idealistic would-be doctor, wants to sit on her hands in a time of crisis.

Last week, they blitzed local businesses and made a public ask for the desperately needed PPE. In two days, they collected 29,000 surgical gloves, N95 and other face masks, and alcohol wipes. Those went to homeless shelters, community health clinics and the students’ teaching hospital, Creighton University Medical Center-Bergan Mercy.

Now they are collecting scrubs: New or gently used, preferably in shades of green or blue (patterns are OK). Collection sites are Wohlner’s (in the anteroom between the covered parking garage and store entrance at 33rd and Dodge Streets) and First Covenant Church at 201 N. 90th St.

Students will go fetch donated scrubs, too, if donors make the request by email at creightoncares2020@gmail.com. The drive runs through the end of April.

Goodwill will give some 350 sets of scrubs collected from the nonprofit’s retail stores. Max I. Walker will provide dry cleaning.

All supplies are in desperate need. The scrubs give health care workers a clean change of clothes for the drive home.

Creighton’s campus, like other college campuses, is shut down. Med students can’t gather. Classes are held online. The students’ lives, too, have been interrupted by the novel coronavirus.

The World-Herald wants to know: How is the pandemic affecting you?

But this is giving them quite the education.

Pratt wants to specialize in emergency medicine despite the fact that this kind of front-line work just got more dangerous. She said she is learning about how different hospitals and systems handle something so “massive” and how changes being made now to keep workers safer will probably be enshrined in a hoped-for safer future.

Pyle, who wants to study obstetrics and gynecology, said students are learning from how their own professors grapple with the upside-down present and unknown future. If anything, she said, this experience will sharpen students’ abilities to deal with change and emergencies. Pyle said she’s seeing “a lot of really great leaders” handle “unusual situations with grace.”

“It’s teaching us how we — who will be the future people in charge of the next pandemic or next medical emergency — how we are to handle that and how we can be effective leaders,” she said. “It’s been very enriching to be able to learn how to adapt and be flexible and make the best of every situation.”

Pyle is a vice president of her class. Pratt is not in student government but described herself as “someone who wanted to get the ball rolling and start helping.”

The two are in different graduating classes and were well-acquainted. But the pandemic placed them in the same helper roles together, said Pratt, “texting back and forth like crazy.”

Community helping efforts were, in part, an outgrowth of an in-house system of help that sprang up as the pandemic began. A Creighton University School of Medicine mutual aid society allows students to help one another with everything from child care to rides to the grocery store to medicine drop-offs.

The act of helping is a form of medicine.

“It’s really awesome, honestly, to be able to contribute in some way,” Pratt said. “It does feel like you’re benched when there’s nothing you’re able to do. We’re so close to being able to help, but we’re not quite there.”

Dunlay said Creighton emphasizes to prospective and current medical students that their training is to “form them for a life of service to others.” This is especially true now. He said the pandemic response offers important lessons.

“What we really want them to see is resiliency,” he said. “We’re in a business where you can’t give up. You’ve got to keep looking for new solutions to tough problems. And frankly, people look to physicians for leadership. We expect them to step up and offer innovative leadership during times of great stress.”

The additional cases bring to six the total number of workers who have tested positive.

The state, he said, has seen good cooperation with its social distancing and hygiene directives. But we can't let up, the Gov. Pete Ricketts said, because Nebraska isn't expected to see a peak in cases and deaths until the end of April.

Gov. Kim Reynolds urged residents Thursday to pray for each other and take steps to fight the coronavirus outbreak individually, saying they should focus less on whether the government will order further public health interventions.

The state employees union on Thursday called on Gov. Pete Ricketts to immediately allow more state workers to work from home during the coronavirus outbreak, and to provide an extra $2 an hour in “hazard” pay for those who must report. But Ricketts dismissed the request, saying that while some state workers are being allowed to work from home, others need to keep staffing public offices.

The family's story shows the hardship of caring for vulnerable loved ones during a global pandemic that has hit assisted living facilities especially hard.

The Nebraska State Fraternal Order of Police and Nebraska Sheriff's Association had asked for the order.

North Central District Health Department, which oversees the county, has initiated contact investigations and believes the case is contained.

In a video on Twitter with his wife, Lauren, by his side, Vargas said his parents, Lidia and Antonio Vargas of Long Island, both tested positive for COVID-19. His father has spent the past 10 days in the intensive care unit on a ventilator. His mother has been self-quarantined at home.

Ricketts: Employees should talk to their bosses, not the state, about coronavirus working conditions

Employees concerned about their working conditions in the midst of the coronavirus shouldn’t expect the state to intervene, Gov. Pete Ricketts said at a town hall Thursday night on Nebraska Educational Television. Instead, they should talk to their employer or supervisor, the governor said.

The threat of the virus has led to cancellations, postponements or uncertainty over many spring and summer traditions. But Omaha-area golf courses are popular spots.

Grace: A 'blindsided tragedy' as 19-year-old's life of promise ends too soon

Born in a refugee camp, the 19-year-old basketball player grew up in Omaha and had dreams of becoming a teacher.

Feeling despair? There is help.

This is a stressful time. It can be particularly tough for young people whose fresh futures might seem out of reach and certainly now are disrupted by the novel coronavirus.

How will Nebraska schools spend $128 million aid package? College students to get help

How the money for students will be allocated is uncertain. The law gives local and state education leaders wide latitude on allocating and spending the aid.

College choice often comes down to the campus visit. So what's a school to do during coronavirus?

Campus tours enable prospective students to breathe a college’s atmosphere and decide whether the school could become home. But this spring, campus visits are limited to the presentations schools can make through virtual tours, which are a distant imitation of strolling through campus. 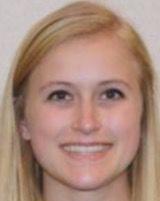 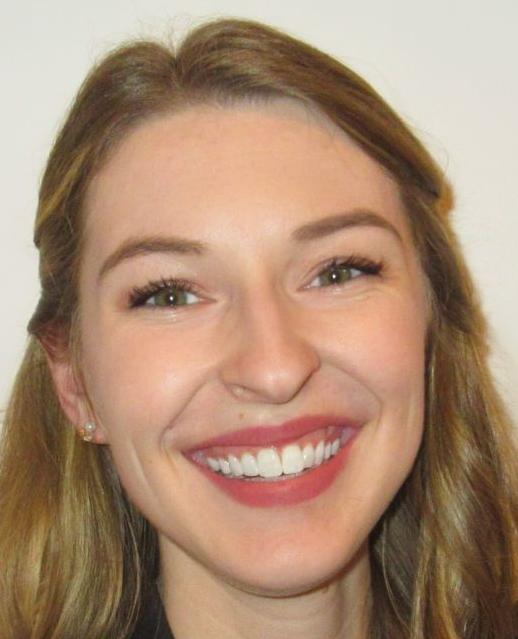