After child is turned away, Omaha zoo says wheelchairs OK on splash pad
0 comments
Share this
Only $5 for 5 months
1 of 2 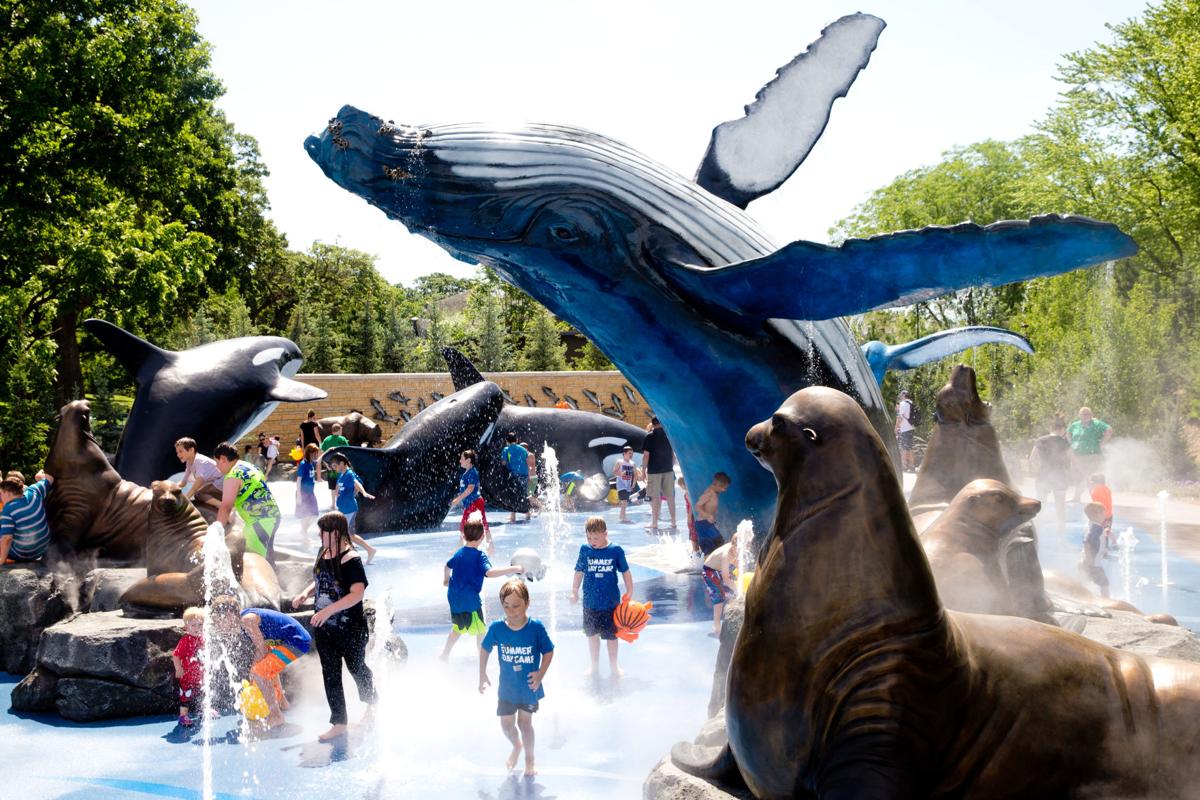 People play during the opening of the Alaskan Adventure splash pad at the Omaha zoo on Friday. 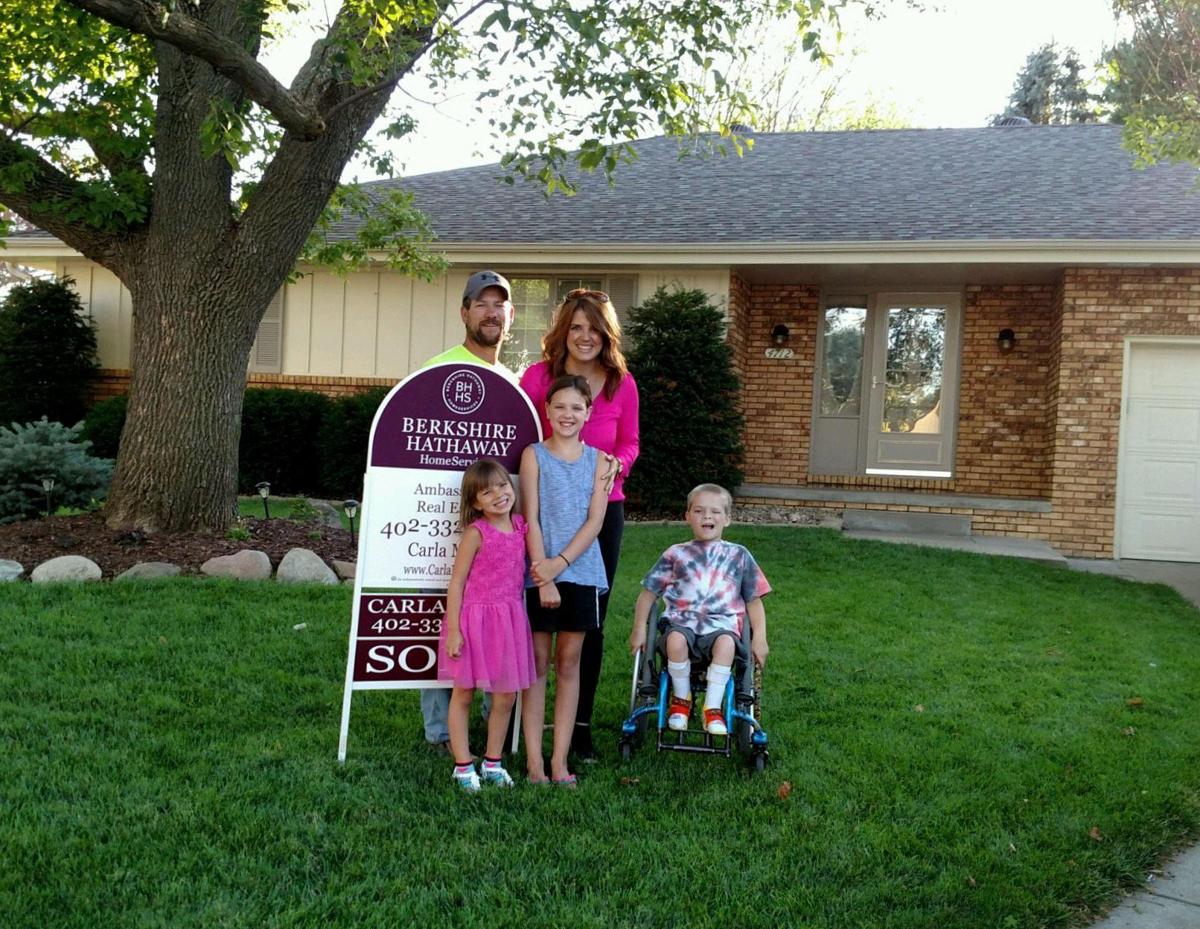 Steven and Nicole Steng, with their children, from left, Jubilee Joy, Promise and Titus. Titus was turned away at the zoo’s splash pad.

At least a few children with disabilities have been turned away from the Henry Doorly Zoo & Aquarium’s new Alaskan Adventure splash pad this summer, told their wheelchairs and walking canes weren’t allowed.

As a result, the zoo has held an emergency staff meeting to correct the situation, which is being called a miscommunication between staff members.

Last month, Nicole Steng took her son, Titus, 8, who uses a wheelchair, to the zoo along with his sisters to play in the new splash pad, which opened in June. When they reached the front of the line, an employee told Steng her son couldn’t enter.

Her son could go on the outskirts of the splash pad, Steng was told, but couldn’t play in the water with his wheelchair. She asked to speak with a supervisor but was told the same thing.

“I said, ‘You’re discriminating, that’s what you’re doing,’ ” Steng said. “ ‘You’re telling me that my handicapped child is not allowed to play in a public facility that we are paying for. I’m pretty sure that wasn’t the intention.’ ”

Indeed it wasn’t, the zoo says.

There are no signs posted prohibiting wheels in the exhibit because wheels are allowed. The zoo’s policy, according to spokeswoman Dawn Ream, is that wheelchairs are, in fact, acceptable on the splash pad. The only things that aren’t allowed are the zoo’s electric-powered rental scooters, which aren’t waterproof.

But on this day last month, nobody at the zoo told Steng that. So she and her kids went home, disappointed.

Steng shared the story with friends and found out she wasn’t alone. Her son’s friend, who uses walking canes, also was denied admission. So was Steng’s friend who baby-sits a child with disabilities. Both she and Steng called the zoo and were told they would receive a call back about the matter, she said. But several weeks later, Steng had not received a call.

She considered legal options to ensure that kids like hers wouldn’t have to be let down. Instead, she called The World-Herald.

“My son is going to have a lot of disappointment in his life,” Steng said. “He’s going to be told ‘no’ or ‘you can’t’ or ‘you don’t fit’ or whatever a lot. This should not be one of those times.”

Now that the matter has been drawn to the attention of the zoo’s upper management, Ream said the zoo held a staff meeting in mid-August to make the rules absolutely clear. The staffers did not fully understand the rules of the new exhibit at the time, Ream said, and may have been confused when they denied Steng’s son admission. This shouldn’t happen again, Ream said.

A donation from Dr. Mary Finnegan of Braddock Finnegan Dermatology allowed the zoo to purchase the sunscreen and make it available to guests without costs for a three-year pilot program, a zoo spokeswoman said.

Three stuffed-animal-sized newborn tigers have come out to play at the zoo.

Visitors will be able to park at Southroads Technology Park, 1001 Fort Crook Road in Bellevue, and ride to the zoo’s main entrance from 8 a.m. to 6 p.m. Saturday, Sunday and Monday.

The 5-acre exhibit, currently under construction near the zoo's north entrance, will include a treehouse playground, a wetland and stream with skiff crossing, and enclosures for prairie dogs, goats and budgies.

People play during the opening of the Alaskan Adventure splash pad at the Omaha zoo on Friday.

Steven and Nicole Steng, with their children, from left, Jubilee Joy, Promise and Titus. Titus was turned away at the zoo’s splash pad.