In case you don’t already, steer clear of bats.

The nocturnal critters are active in the late summer months. And so far this year, eight of the flying mammals in Nebraska have tested positive for rabies. Seven were in Lincoln and the other was in Ashland, officials said.

Bats are a common carrier of rabies, and during the summer months, the possibility for exposure increases, said Dr. Bryan Buss, state public health veterinarian with the Department of Health and Human Services.

No human cases of rabies have occurred in Nebraskans since the 1920s, the department said.

Rabies is caused by a virus that affects the nervous system and is transmitted by the bite of an infected animal or if saliva from a rabid animal gets directly into an open wound or a person’s eyes, nose or mouth. Rabies is generally fatal without preventative treatment.

Health officials said 12 animals have tested positive for rabies so far this year in Nebraska, including bats, skunks, a cat and horse. 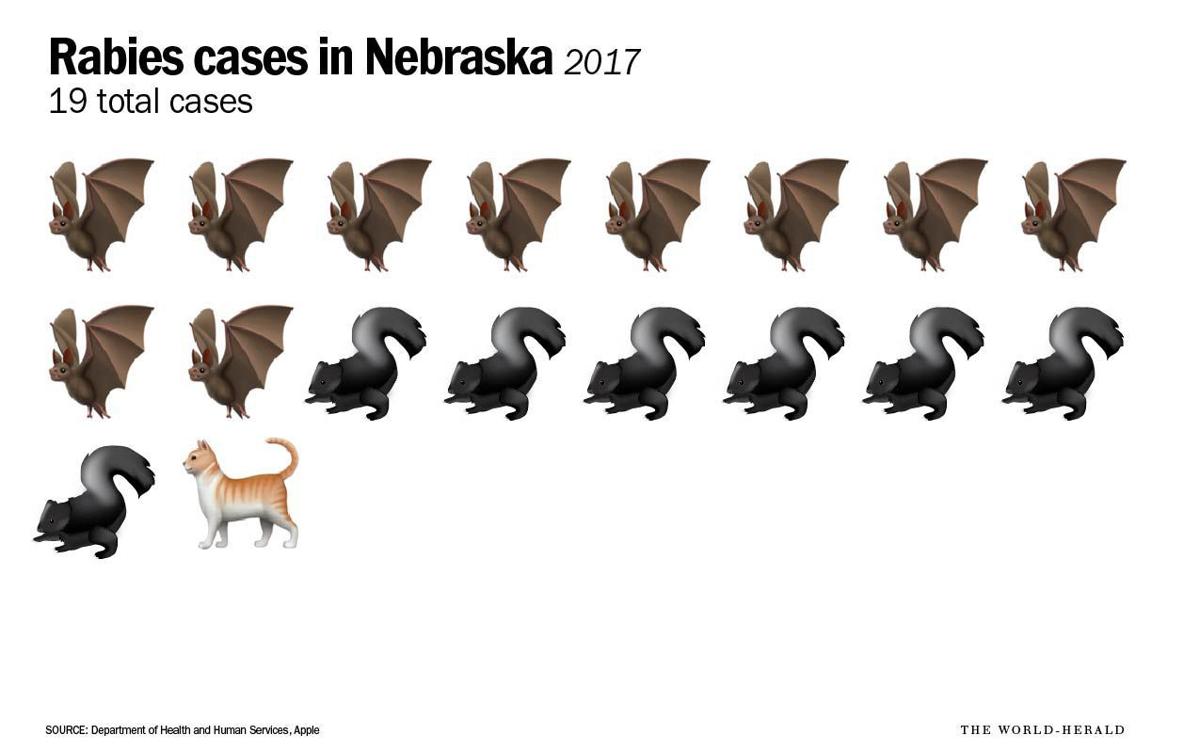 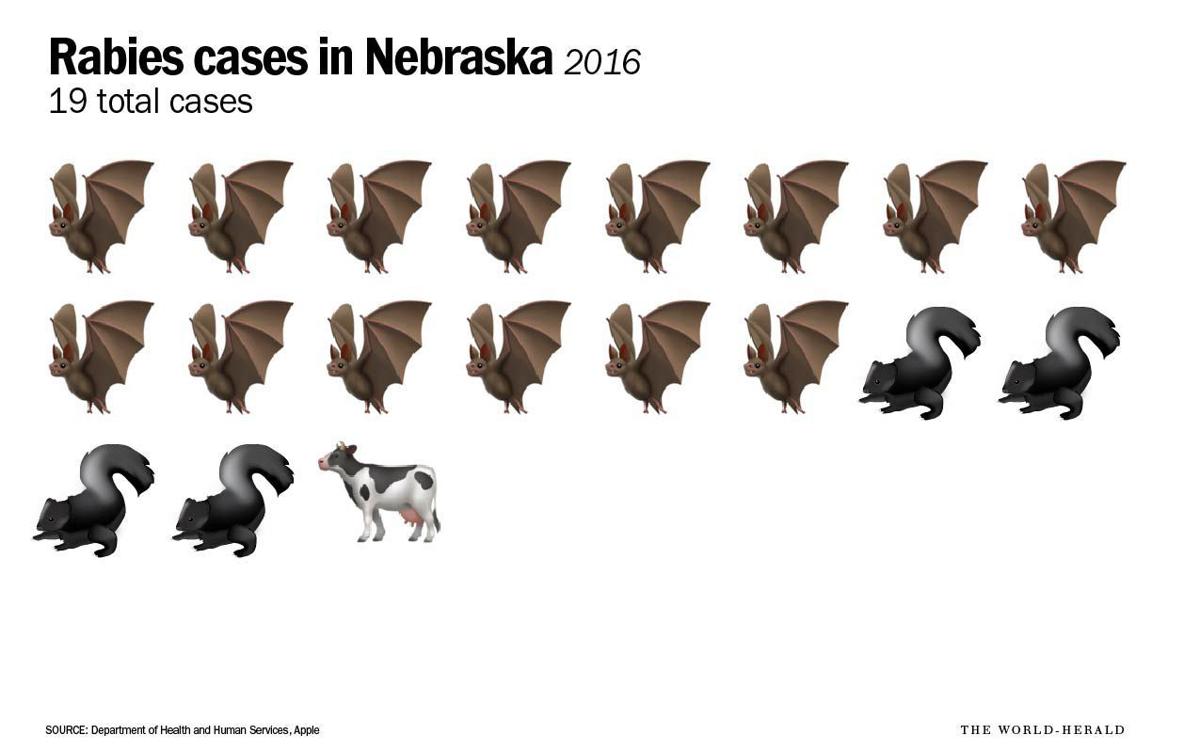 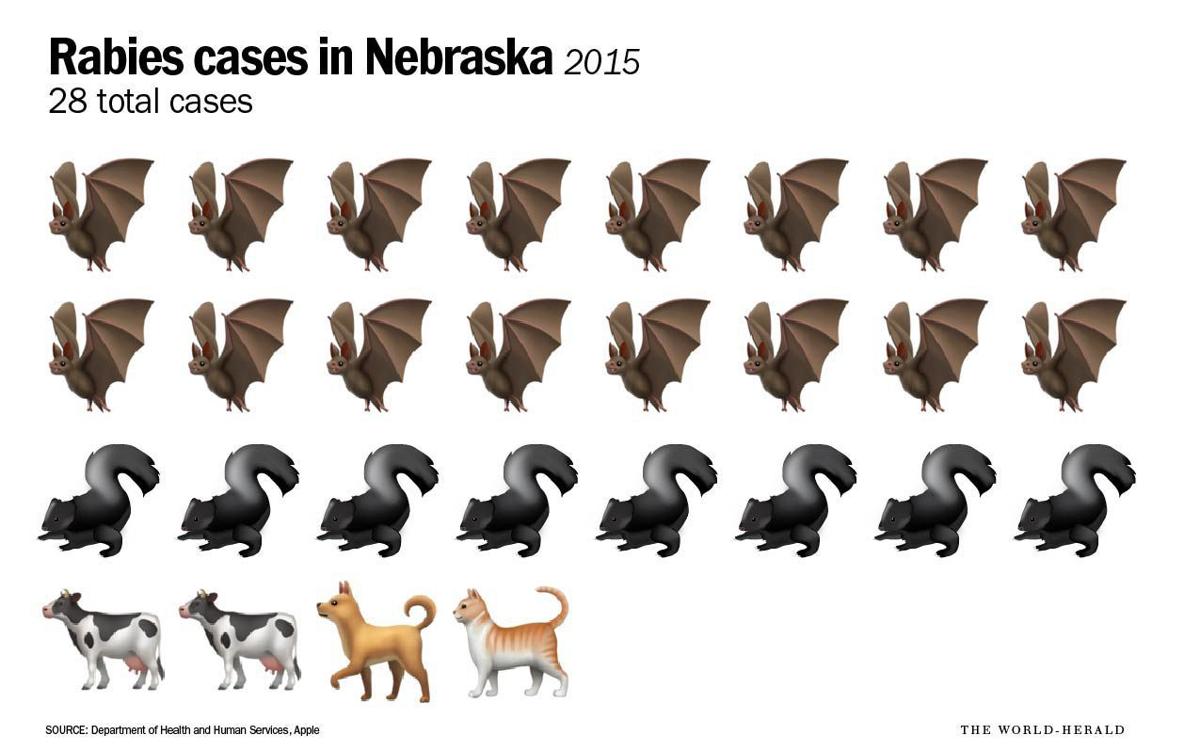 12 animals in Nebraska have tested positive for rabies this year

» Seek immediate medical attention if you’ve been in direct contact with or have been bitten by a bat.

» People often know when they’ve been bitten by a bat, but its small teeth can make bite marks hard to find. If you or a family member has been in close proximity to a bat, consult your doctor or local health department.

» If you wake up and find a bat in your room, try to safely capture the bat and have it tested. Use the same precautions if you see a bat in a room with an unattended child.

» Make sure pets are up to date on vaccinations.

» Seek immediate veterinary assistance if your pet is bitten by a wild animal or exposed to a bat.

» Do not touch, feed or attract wild animals.

» Maintain homes so bats can’t get inside.

» If a bat is in your house, don’t let it outside until you talk to your animal control or public health officials. If you can do it without putting yourself at risk for physical contact, try to cover the bat with a large can or bucket and close the door to the room.

West Nile virus is detected in mosquitoes in Lancaster County

West Nile is an infectious disease that can be fatal. It is spread through mosquito bites and most infected people exhibit no symptoms. Some people experience mild flu-like symptoms.

Hy-Vee is voluntarily recalling its Hy-Vee Spring Pasta Salad due to the potential that it may be contaminated with salmonella, a press release from the company said Tuesday.

At least 30 of the 100 have been hospitalized, while no deaths have been reported, the CDC said.

If you or your pet is bitten or scratched by a stray animal, seek medical advice.

About 2,500 OPPD customers were originally affected by the outages, officials said.

During the past week, the Humane Society fielded more than 100 calls about bats in houses in Omaha and Sarpy County.

Male crickets are chirping to attract a mate, and will do so as late as October.

A small group of students were seen near the bat, which was found Friday afternoon at school dismissal time. It's unknown how long the bat had been there, according to a press release from the the Douglas County Health Department.

Puppy euthanized in Omaha after apparently getting rabies from bat

An Omaha family is getting rabies shots after its puppy apparently became infected from a rabid bat. 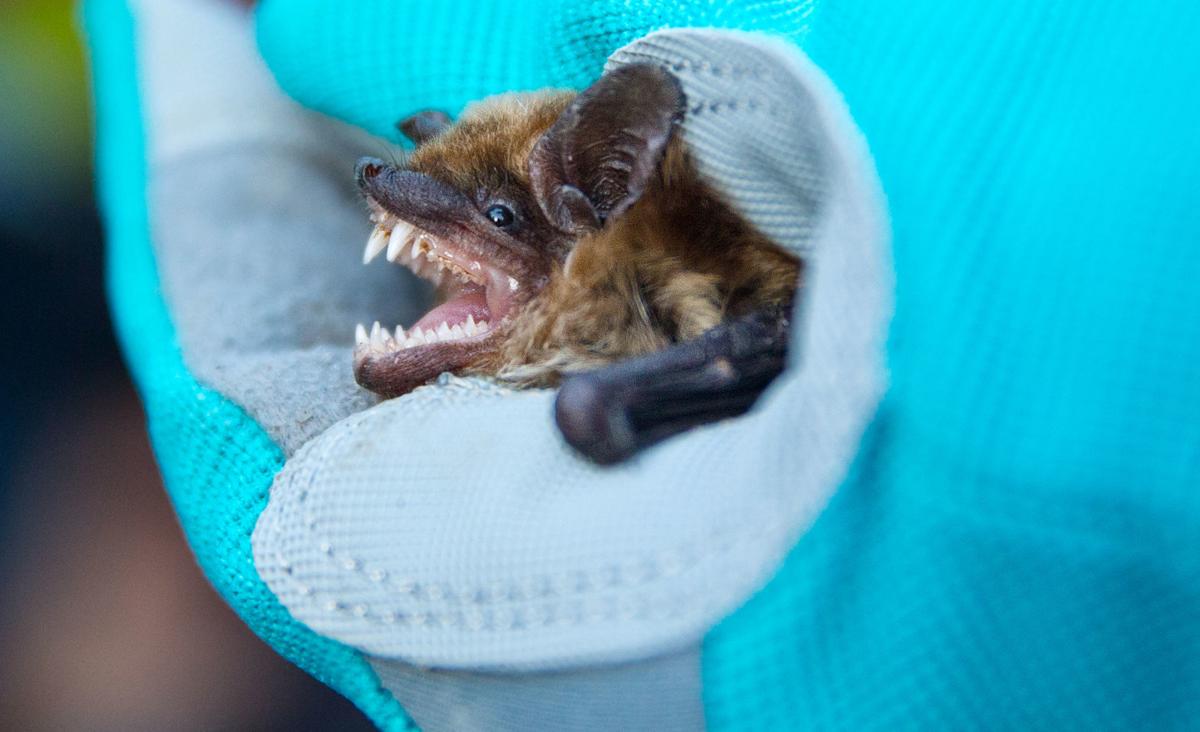 A Big Brown Bat — yes, that's the real name — is held in Omaha just before the release of rehabilitated bats back into the wild after hibernation in 2014. 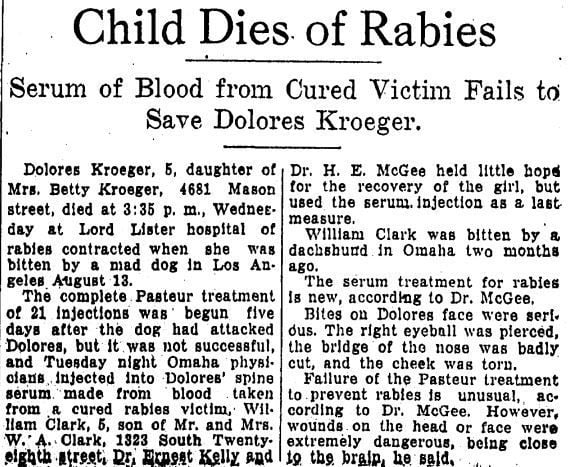 This story ran in The World-Herald in September 1928. A 5-year-old died from rabies after she was reportedly bit by a "mad dog."