Health-centric hotel, where guests can work out in their rooms, is no place for slackers
0 comments
Share this
{{featured_button_text}}
1 of 4 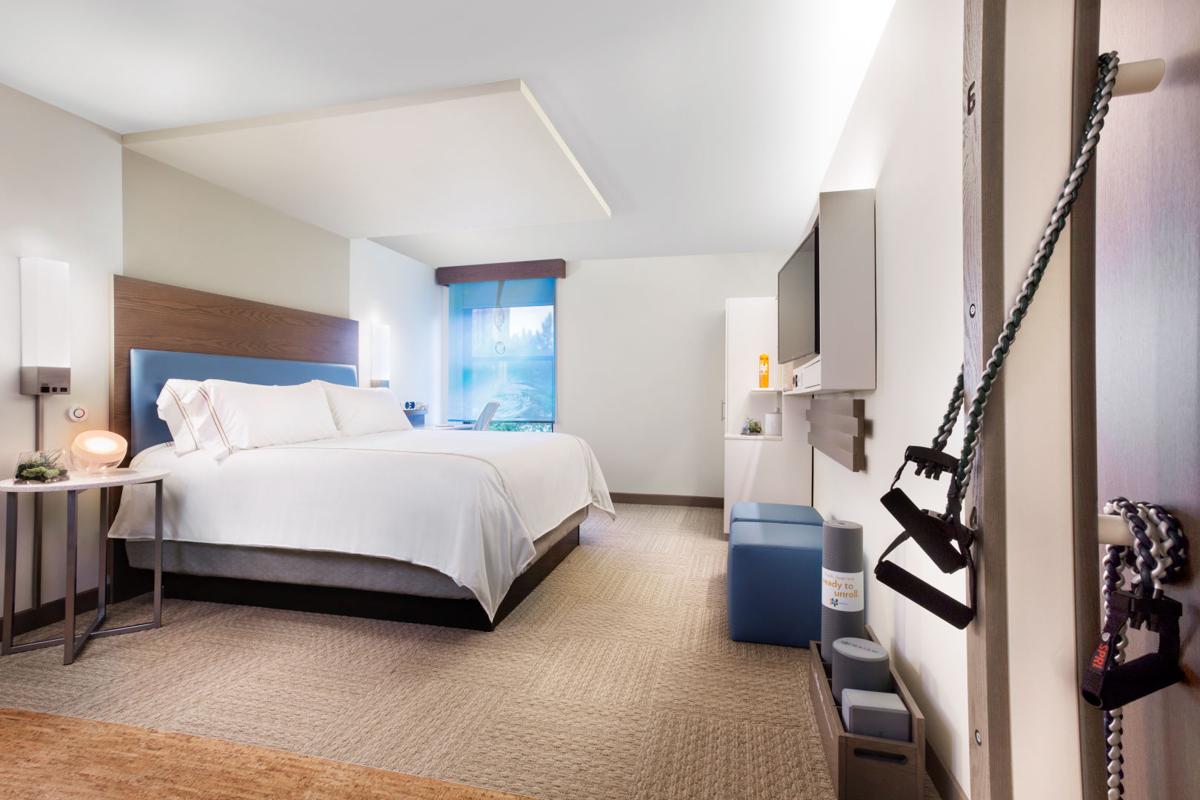 InterContinental Hotels Group opened an Even model hotel in Norwalk, Connecticut, where fitness equipment is incorporated into the room. 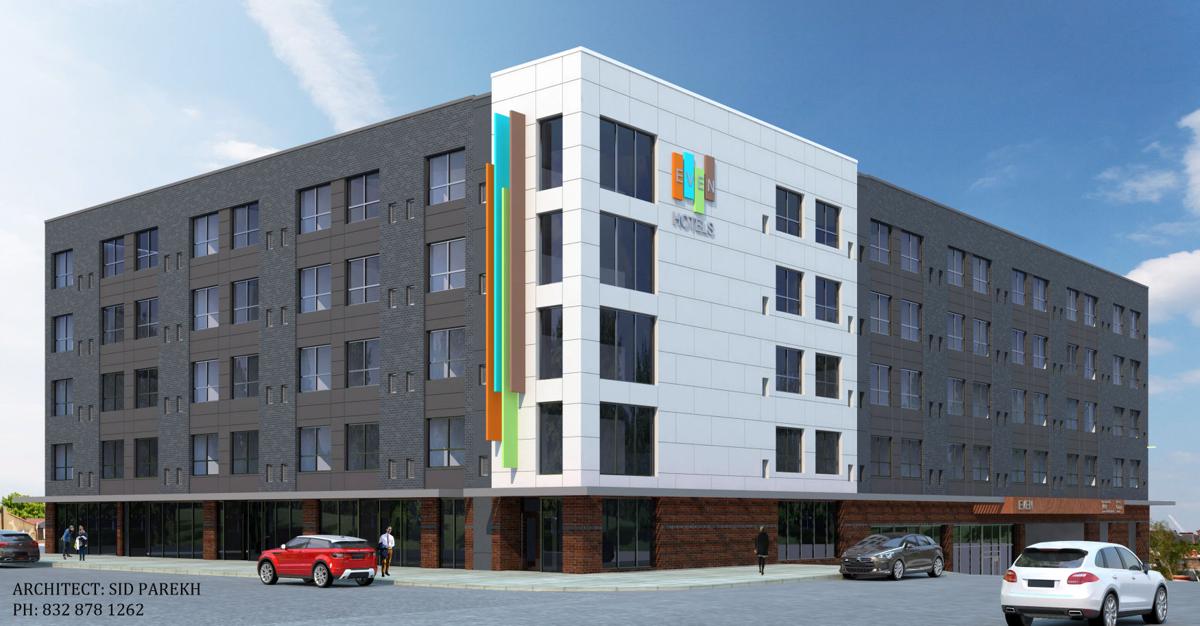 A rendering of the Even, a $17.8 million, 105,000-square-foot hotel project. The Even is one of five health-centric hotels in the works by InterContinental Hotels Group. 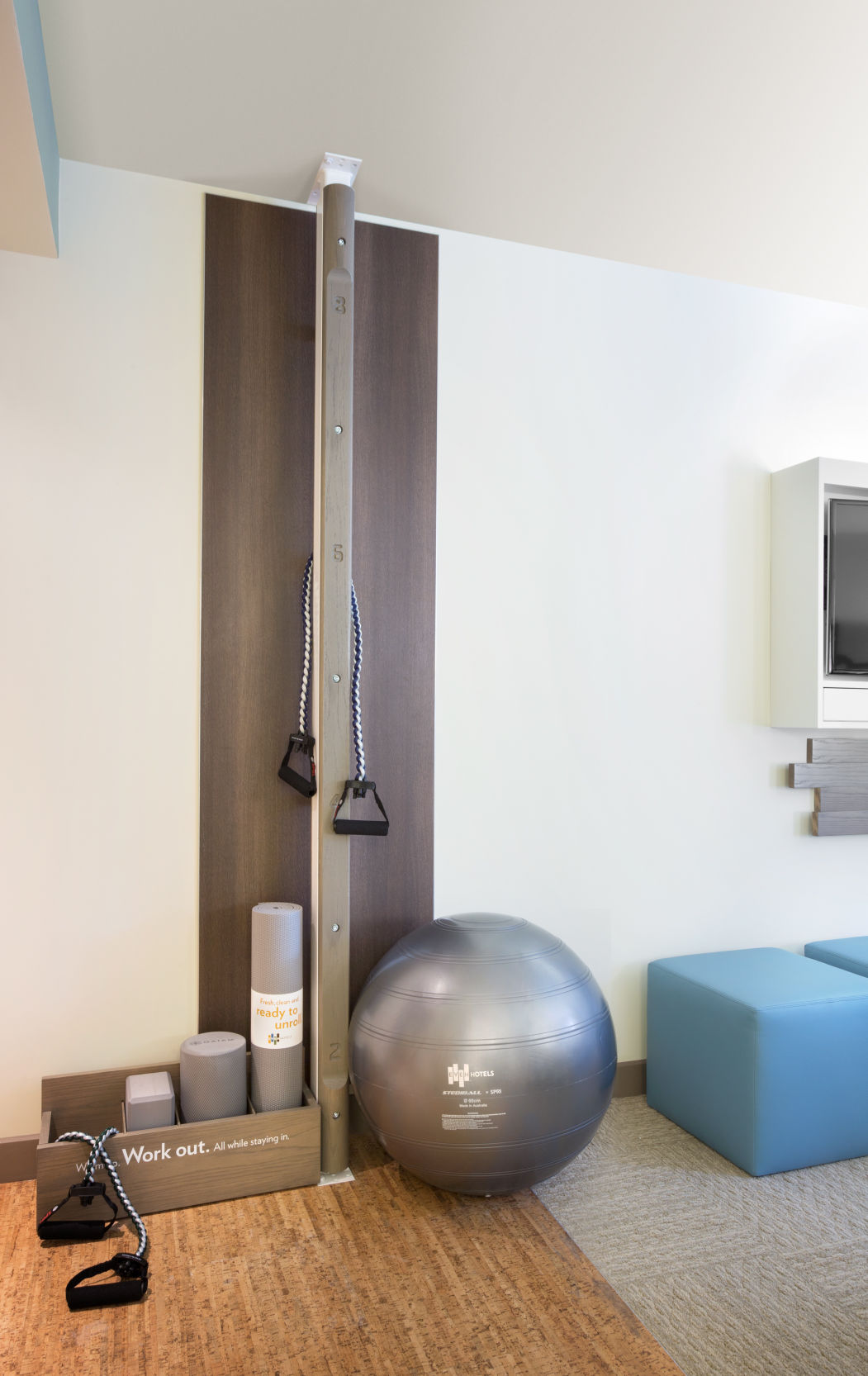 Each guest room will have its own exercise equipment at the Even, as does a similar hotel in Connecticut. 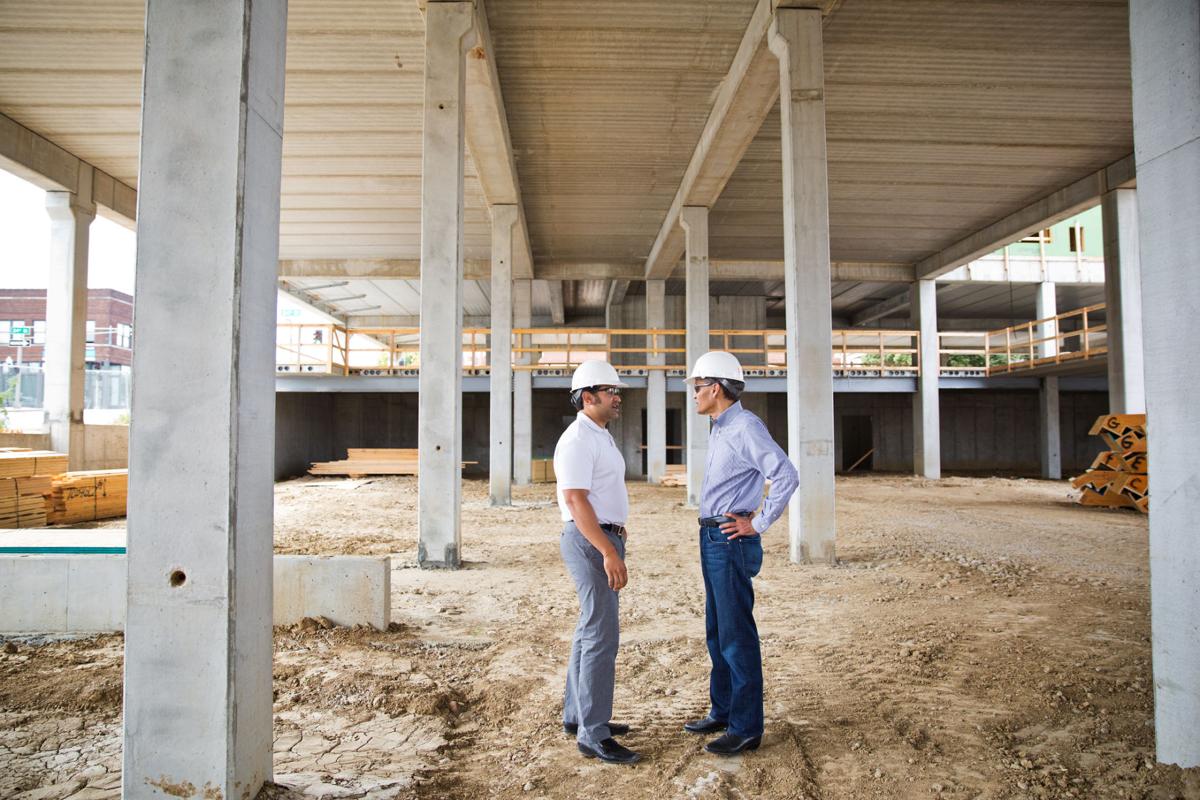 Kirti Trivedi, left, and Deepak Gangahar tour the construction of the Even at 24th and Farnam Streets.

A high-profile Nebraska heart surgeon may be retired from the operating room, but he’s now taking his push for fitness and heart-healthy living to another industry: hotels.

Called Even, the 132-suite structure that Gangahar is developing with business partner Kirti Trivedi is rising six stories in a transitioning downtown pocket infused recently with some new apartments and a few renovated storefronts. But the hotel, designed by Parekh Architects, based in Houston and Oklahoma City, stands out mostly because of its obsession with wellness.

Each guest room will have its own exercise equipment, and extra-thick floors and walls to contain any noise or bounce. Staff members will double as yoga or spin instructors: The front area host, for instance, may check in a business group and later guide them on a bike ride.

“It creates a culture where everybody is health-conscious,” said Gangahar of Anant Enterprises. “I wanted something that didn’t exist in Nebraska, and I wanted whatever we did to make a difference.”

The $17.8 million, 105,000-square-foot project is among five Even models in the pipeline. Three others are being built in New York City, and another will be in Miami. Earlier, IHG opened two Even lifestyle hotels in Norwalk, Connecticut, and Rockville, Maryland. IHG, which is based in the United Kingdom, owns the brands Holiday Inn and Crowne Plaza, along with Even and others.

Deborah Ward, spokeswoman for the Omaha Convention and Visitors Bureau, welcomed what she described as a new and different product to the local market that currently offers a total of about 2,700 downtown hotel rooms.

“It’s also a great option for locals who want a mini-vacation or a quick getaway,” she said.

While this will be the first fitness-centric hotel of its kind in Nebraska, Gangahar is no stranger to the hospitality industry in general — and neither is he a novice to pace-setting moves.

He and Trivedi are developing a five-story apartment and retail building at 16th and Nicholas Streets, on an industrial corner not yet reached by north downtown’s emerging entertainment and business district. The duo viewed that $9.2 million Nichols Flats project as a way to spur more activity around yet another of their investments, the Holiday Inn Downtown near 15th and Cuming Streets.

“Watch, in two years, this area will be very different,” Trivedi said. “When we broke ground in north downtown, everyone thought we were crazy, too.”

Of the 5,000 square feet of retail space that will wrap around the ground level of the Even Hotel, about 60 percent probably will be filled with hotel-related banquet and party space for the first two years, or until the area becomes established enough to draw more retail services, Trivedi said.

Ground-level retail bays are intended to engage pedestrians and enliven street activity. Gangahar said the hotel’s exterior also will feature a lot of glass to promote more connection to the neighborhood.

NuStyle co-owner Todd Heistand — who is adding on to the existing 194-unit Highline apartments — sold Gangahar’s firm some of the Farnam Street land upon which the Even Hotel is being built.

Heistand said he is looking forward to the hotel bringing more visitors and commercial bustle, which he expects will positively affect his tenants. The Highline’s new wing that is under construction will front Douglas Street and add 114 apartments, a swimming pool and two commercial bays to the existing complex.

“Hotels bring that 24-7 atmosphere,” Heistand said. “They bring visitors, they’re a great addition to a neighborhood.”

The hotel was originally slated to open this summer, but construction has taken longer than anticipated. The brand’s wellness features, including sound-proofing and built-in poles for exercise resistance bands, will increase typical hotel development costs by about 15 percent, Trivedi said.

He and Gangahar said they’re building the Even to own for the long run.

Gangahar’s entry into the hospitality industry dates back a dozen years, while he was still performing surgeries.

He started out building a small economy hotel in west Omaha, which provided a place for his brother to manage and to avoid a commute to Kansas. The business tapped many of the same principles that the doctor used during his health care profession. Now 67, Gangahar’s career highlights include helping to create Lincoln’s Nebraska Heart Institute and Nebraska Heart Hospital, and a stint at the University of Nebraska Medical Center’s Omaha-based heart transplant program.

“Treat each patient as if they were part of our family,” Gangahar said. “Mediocrity is not good enough.”

The tie with Trivedi came as Trivedi worked on a hotel project near Gangahar’s hospital. A mutual friend introduced them. Gangahar invited Trivedi to his first Husker game. Gangahar said he appreciated Trivedi’s hotel know-how and values, and they’ve since joined forces on about 10 finished projects and have a half-dozen in the works.

Their latest, the Even, allows a setting for Gangahar to instill his careerlong message: “Prevention is times better and cheaper than treatment.”

Among the hotel’s amenities: big windows and room sizes; no beds smaller than king-sized (except for kid bunk beds); a spacious lobby designed for socializing; a signature staircase to encourage climbing. Guests have a common 3,000-square-foot fitness area as well as their room exercise equipment.

Elevators, to be sure, will be available, as will choices for the not-so-energetic or not-so-calorie-conscious consumer.

Business travelers will have plenty of high-tech meeting space, and Gangahar said the Even is to be the first area hotel to offer one-gig Internet.

While Gangahar no longer performs surgery, he stays active with family, hobbies and Anant Enterprises, and mentors youth and volunteers consulting services to patients. His Even Hotel promotes his aim to continue to help “build healthy communities.”

“I may have left the practice of medicine,” Gangahar said. “But medicine has not left me.”

Bringing life back to 24th & Farnam: As upscale Even Hotel prepares to open, developers work to revive nearby properties

Deepak Gangahar and his business partner Kirti Trivedi saw signs of renewal and promise in the corridors that connected burgeoning midtown neighborhoods to the west and downtown’s central business district to the east.

Former Econo Lodge in downtown Omaha will be renovated, relaunched as the 402 Hotel

The future of the 402 Hotel includes a redesigned red and gray exterior with more lighting, a new roof, rehabilitated guest rooms and an open lobby area with a bar where patrons can socialize. It is to have shuttle service to the airport, the zoo, the Old Market and the CenturyLink Center.

InterContinental Hotels Group opened an Even model hotel in Norwalk, Connecticut, where fitness equipment is incorporated into the room.

A rendering of the Even, a $17.8 million, 105,000-square-foot hotel project. The Even is one of five health-centric hotels in the works by InterContinental Hotels Group.

Each guest room will have its own exercise equipment at the Even, as does a similar hotel in Connecticut.

Kirti Trivedi, left, and Deepak Gangahar tour the construction of the Even at 24th and Farnam Streets. 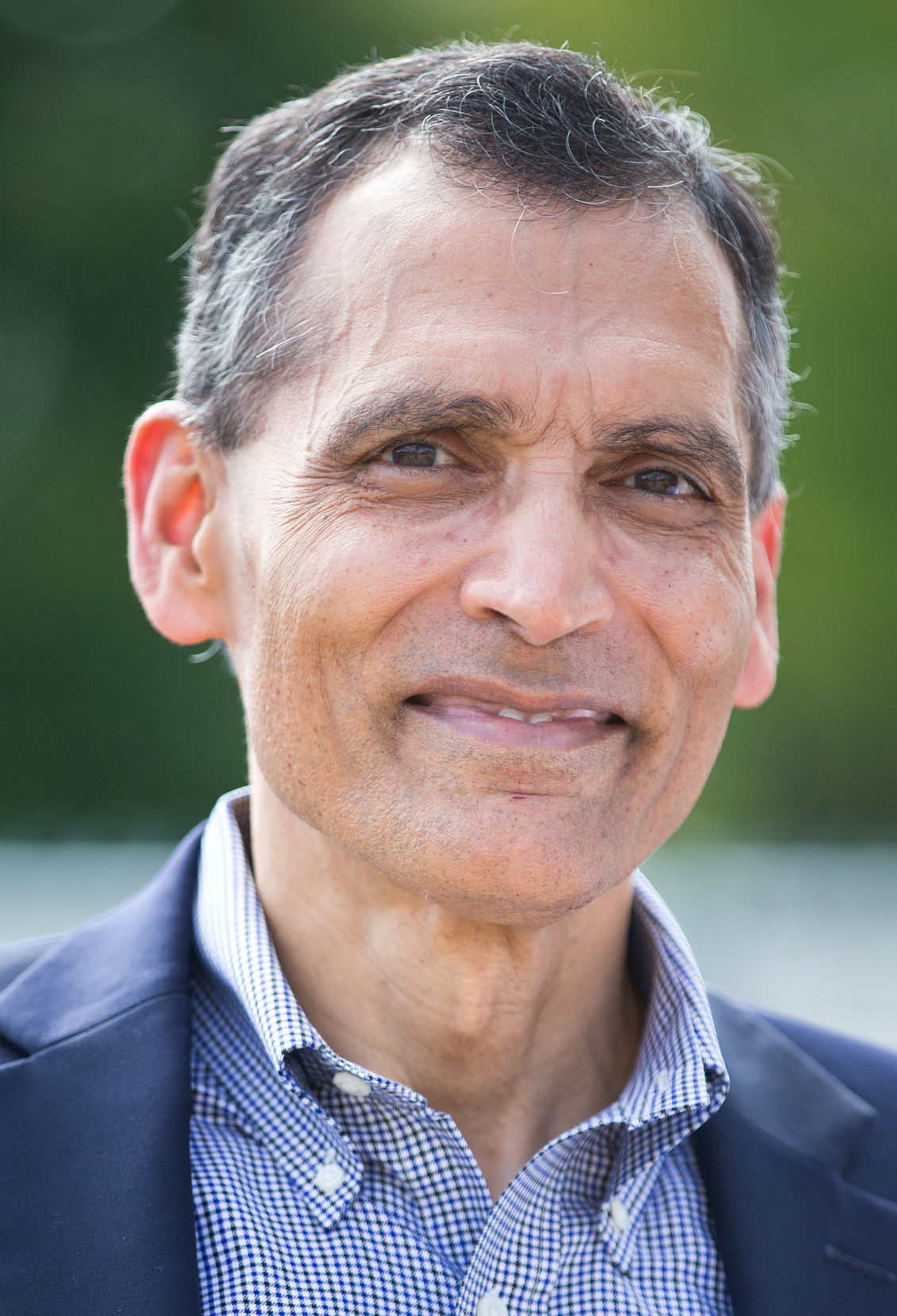 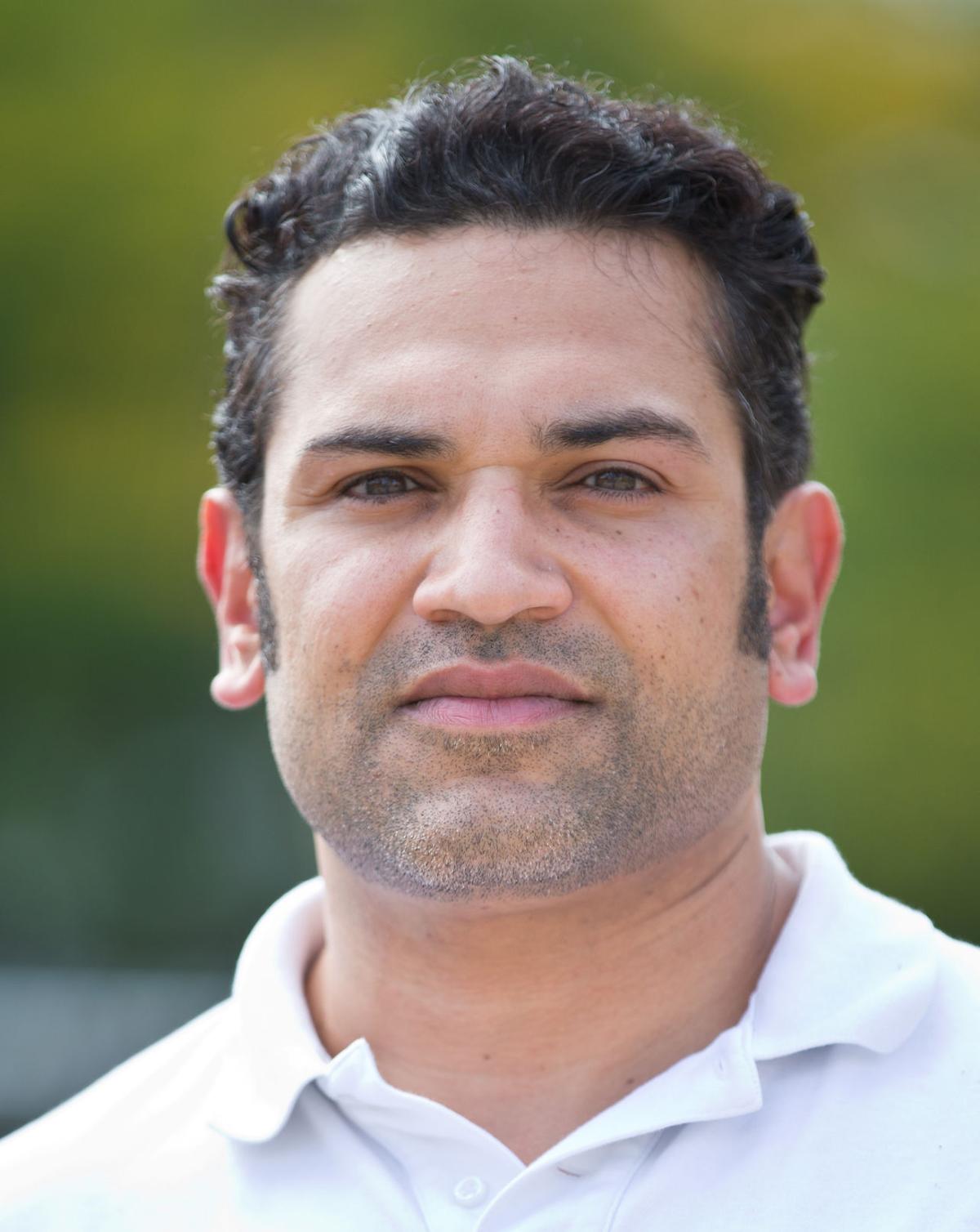