Vicki Londer finds she needs to get out.

In society’s rapid turn during the pandemic, Londer has gone from a school counselor who sees students every day to one who works at a computer all day. Instead of meeting with students — and talking face to face — to carry them through Westside High School, she is homebound and tech-centered.

Londer says her day has lost all normalcy. On top of that, she’s now counseling seniors who have lost all pomp and circumstance to end their high school careers.

At 4:30 every afternoon, Londer breaks out for a walk — around her neighborhood or around Prairie Queen Recreation Area in Papillion. It’s a must, she said.

Under a call to stay home, more people find it’s critically important to break out for a simple walk or go for a bike ride. Suddenly, a bit of exercise provides a daily dose of joy and a measure of sanity.

Local bike shops report brisk business — people who are dusting off “garage bikes” for repairs, replacing too-small kids bikes or buying their first bikes for themselves in years.

To help people joining the push, the organization Bike Walk Nebraska is posting basic tutorials: How to teach your kid to ride a bike. How to replace your bike tube. How to properly fit your bike helmet.

But the rush outside is creating real problems, too. Walkers, runners and bicyclists are supposed to stay socially distant, but the increasingly heavy trail use sometimes makes that impossible.

Dr. Anne O’Keefe, senior epidemiologist for the Douglas County Health Department, said it will be important for people to watch their physical and mental health through the long pandemic yet to come. Exercise, she said, has proven to help people’s mental health and prevent depression.

Even if Nebraska were to move up to a stay-at-home order, people would likely be clear to go out and exercise as an essential activity.

But O’Keefe offered some cautions: Don’t go out if you’re sick. Don’t gather in a group. Keep your social distance. Keep within your family.

“It’s going to last awhile,” she said. “We need to be able to get through this with our physical health, our mental health.”

Josephine Hazelton of Omaha said she often took walks before. But now, she said. the walks through her neighborhood with her boyfriend, Michael Boyle, have taken on an entirely new meaning.

Hazelton said she feels more connected to her neighborhood. Recently, she found a neighborhood trail she didn’t know was there.

“Since my daily walks are the only time I leave my apartment now, they’ve become something I look forward to all day,” Hazelton wrote to The World-Herald. “They provide a feeling of calmness and connection to my neighborhood amidst all of this chaos.”

Hope Moural of Seward said she’s never seen so many people out, all of them happy to be outdoors.

“Couples holding hands, babies in strollers or the runner who flashes a quick smile before passing,” she wrote to the newspaper. “It makes my day.

“Never have I felt a sense of unity with others who just want some fresh air in their lungs to make this time a little easier.”

Matt Odson of Omaha has taken up bicycling.

Odson said he finds the intensity of a bike ride better lifts his spirits than a walk. It clears his mind, he said, and helps him de-stress.

Jim Carveth, owner of the Bike Rack in Omaha and Lincoln, said he’s noticed the increased activity as he’s out riding. As he passed one woman walking on a trail, she commented, “I want a bike.”

“It’s kind of unbelievable, to be honest with you, as far as the number of people out riding,” he said.

Carveth said his business is having a better March than it has for a long time. But he said he still struggles with the idea of staying open during the pandemic.

“Business is good, but it’s just a weird good.”

The Omaha area’s Heartland B-Cycle bike-share service also is seeing strong use during the pandemic, said Benny Foltz, the organization’s executive director. One day earlier this week, Heartland B-Cycle had 230 trips, and it continues to see more walk-up use by new riders, Foltz said.

Foltz said he notices the increase in activity — and in people being more social and pleasant. He said he hopes the changes stick.

“There’s a human connection going on that I’m not used to seeing on the trails, that’s for sure.”

Julie Harris, executive director of Bike Walk Nebraska, said she hopes people recognize benefits from exercise and use it to help them through the pandemic.

“It really does make a difference.”

Omaha Police Chief Todd Schmaderer said cars will be towed from city parks' parking lots and misdemeanor tickets will be issued to people in the lots and in the parks. The city's trail system remains open, although parking lots at trailheads are closed.

Sarpy County officials are reminding residents to use caution when visiting city parks to avoid spreading or catching the coronavirus.

'Who's going to be left to push me?': Omaha-area trainers keep gymgoers motivated during coronavirus pandemic

While gym-goers are concerned about gaining a "quarantine 15" or straying from non-scale victories in the gym, owners and trainers are going to great lengths to keep clients on track.

'Trying to stay optimistic': A day in the life of Omaha, a city shut down by coronavirus

Moms. Mourners. Friends. Business owners. Healthcare workers. The homeless. Professional athletes. They're all Omahans, and they're all affected by coronavirus. This is their story: A day in the life of a city shut down by the pandemic.

Thousands of white holiday lights that typically adorn Turner Park trees at Christmastime were brought out of storage this past week for condo owners to hang from their balconies.

Jay R. Lerner of Omaha-based The Lerner Co., which handles leasing for 4 million square feet of retail space, said requests for help jumped from about 25% of his tenants a week ago to about half.

A long-talked-about redevelopment project could finally be ahead for the dying mall site at 72nd and Dodge Streets. Indeed, various revamp plans have been on and off the table since Frank Krejci of Century Development bought the Crossroads a decade ago.

Nine cases of COVID-19, the disease caused by the novel coronavirus, were reported at the Callaway Good Life Center in Callaway, Nebraska, which is located in Custer County.

Editorial: Let's look out for the emotional well-being of others — and ourselves

We must do everything we can to provide others with comfort and reassurance. We need to let them know that it’s OK to talk about their emotional situation, and that help is available if needed.

Being at home has been hard on the Bellevue West freshman, who is used to competing in dance, softball and indoor band competition.

Blocking off pews and wearing masks are among the steps planned by churches ready to resume services. But other churches are preaching patience.

Among those to die recently were a Douglas County woman older than 90 and two residents of Dakota County.

A portion of the Big Papio Trail is closed through June 1 for repair work.

Spike in demand for bikes has Omaha stores tripling their orders

The demand for bicycles has spiked across the country. The temporary closure of gyms forced some fitness buffs to turn to other kinds of exercise. Parents also have been seeking bicycles for kids who have been cooped up at home.

Because many cyclists bike camp solo or in small groups, it’s a way to get outdoors and socialize while still adhering to coronavirus restrictions.

Valentine, Nebraska, gets some bicycling love with rental program

Biking the state's iconic Cowboy Trail will be easier and more convenient for travelers. 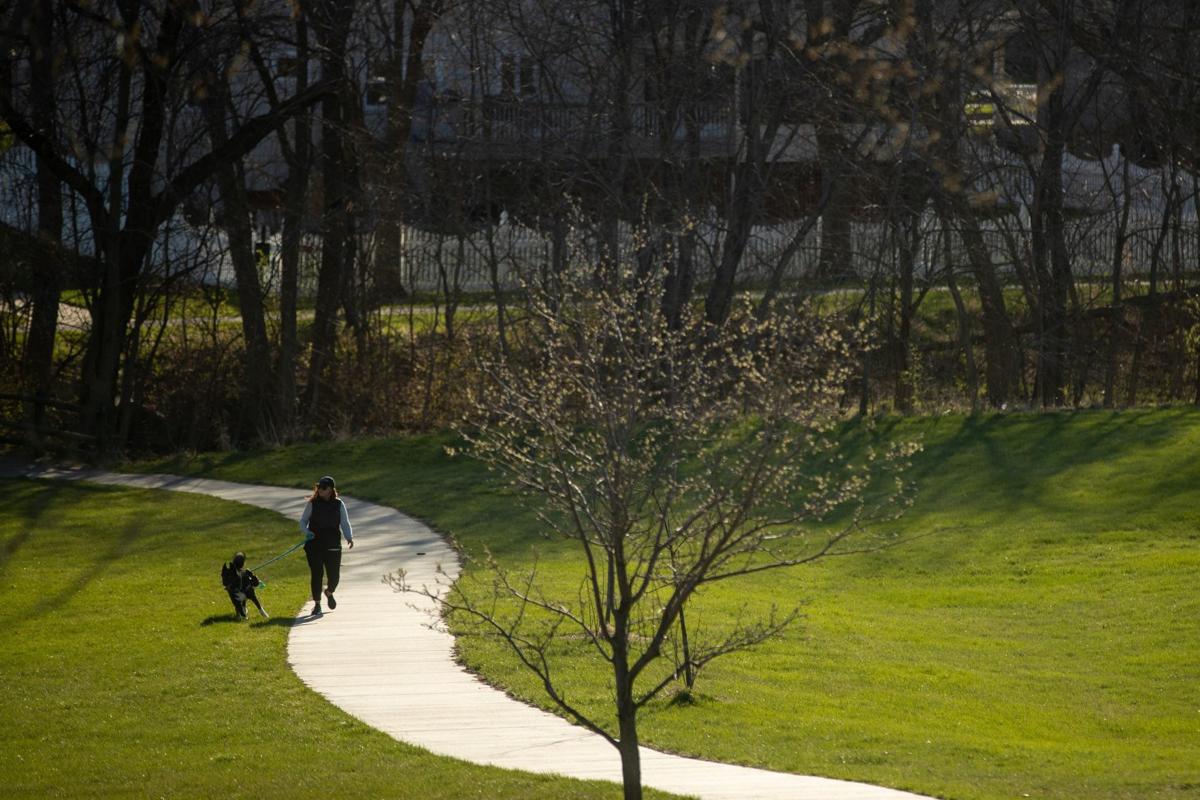 A woman walks a dog at Trendwood Park in Omaha. “It makes my day” to see so many people outdoors, wrote Hope Moural of Seward. 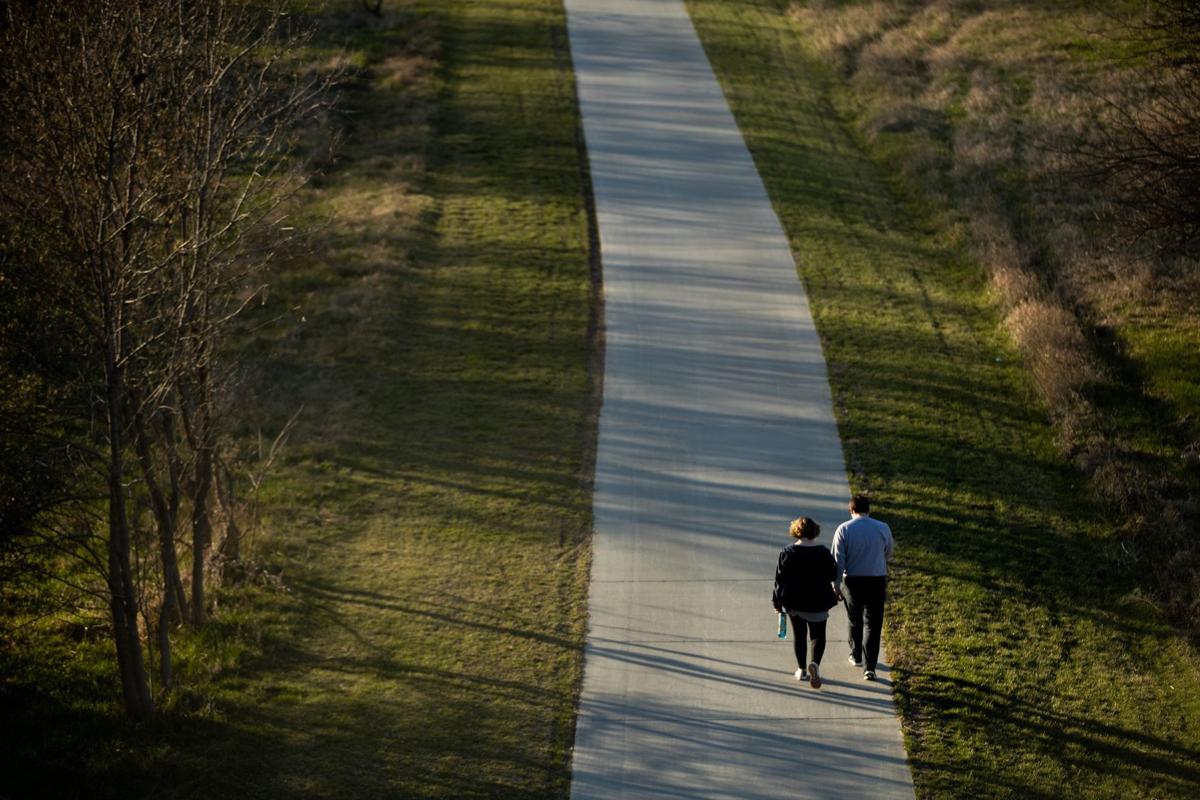 A couple walks along the West Papio Trail in Omaha on Wednesday. City parks are closed until April 30, but trails remain open. 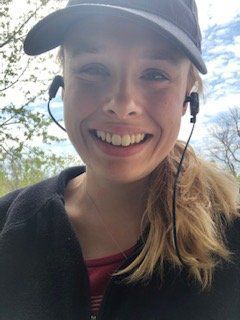 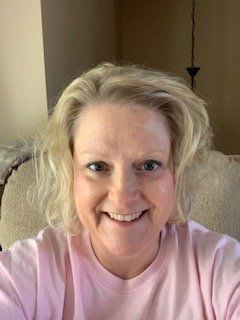 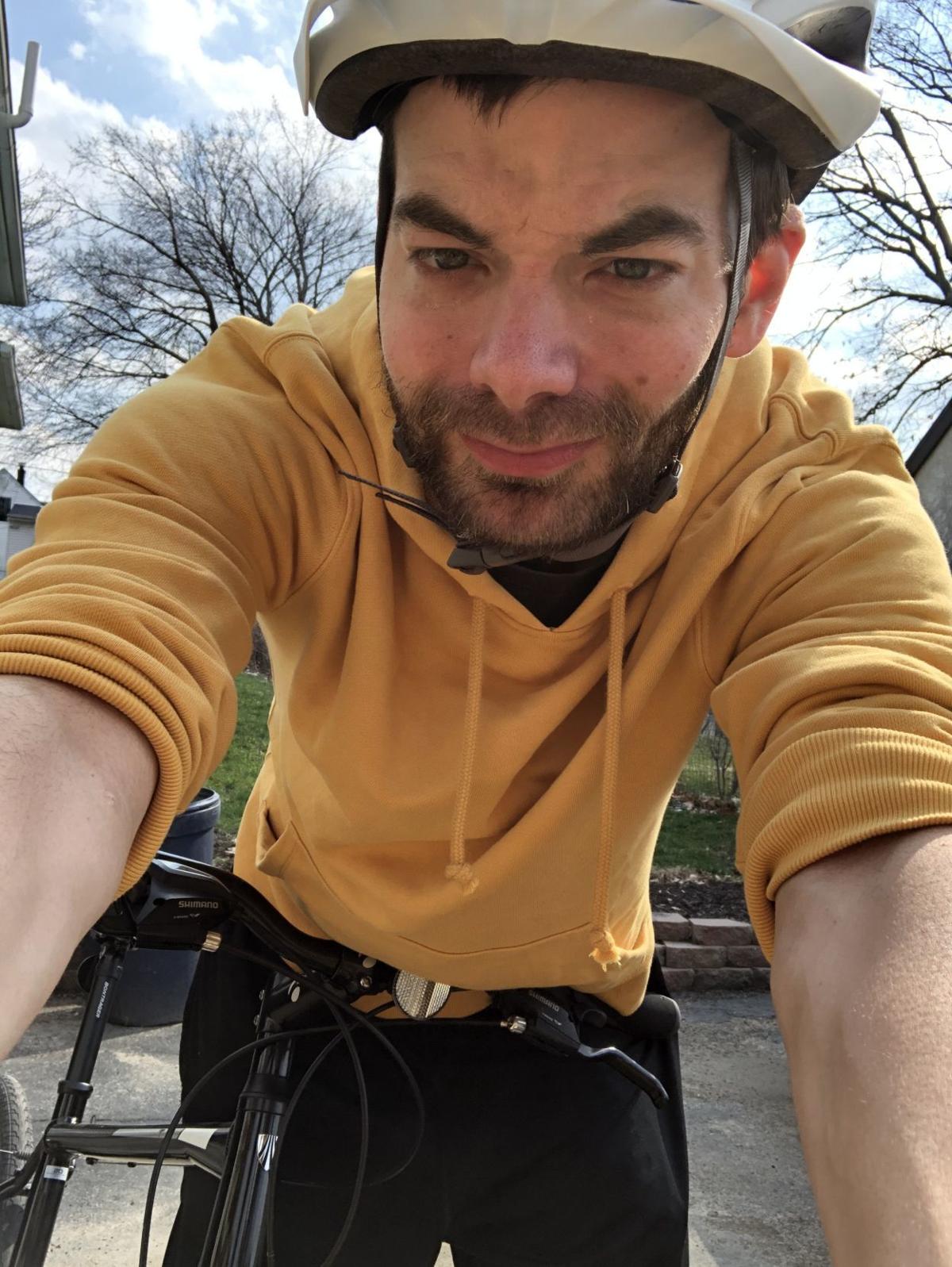 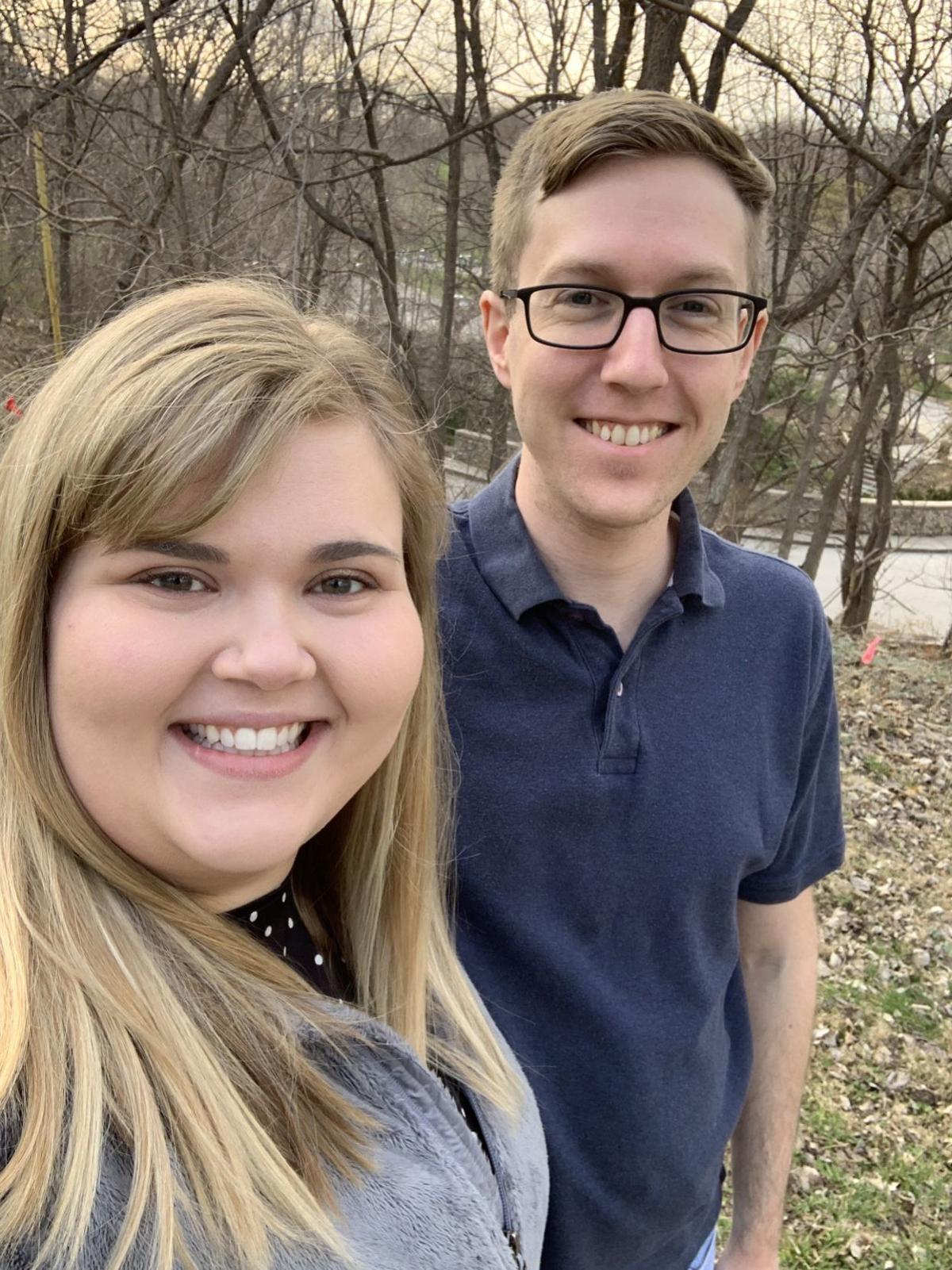