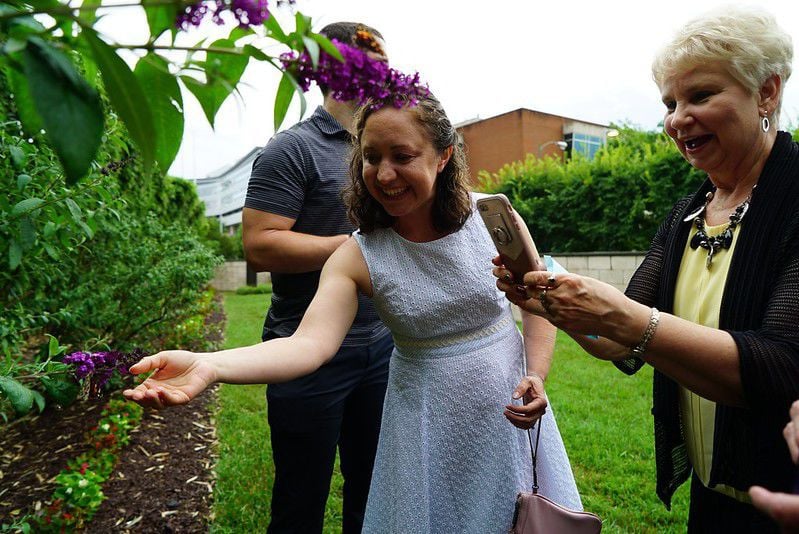 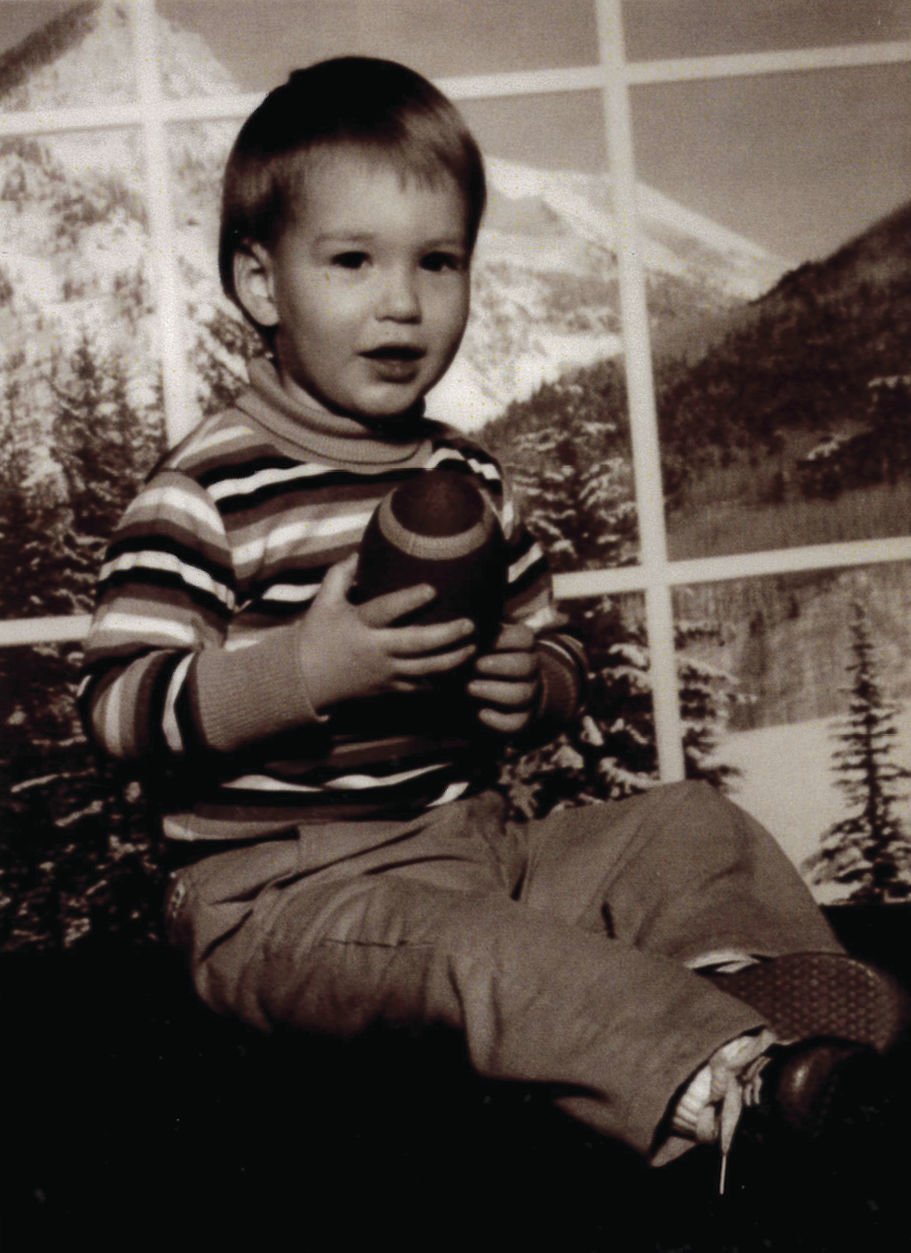 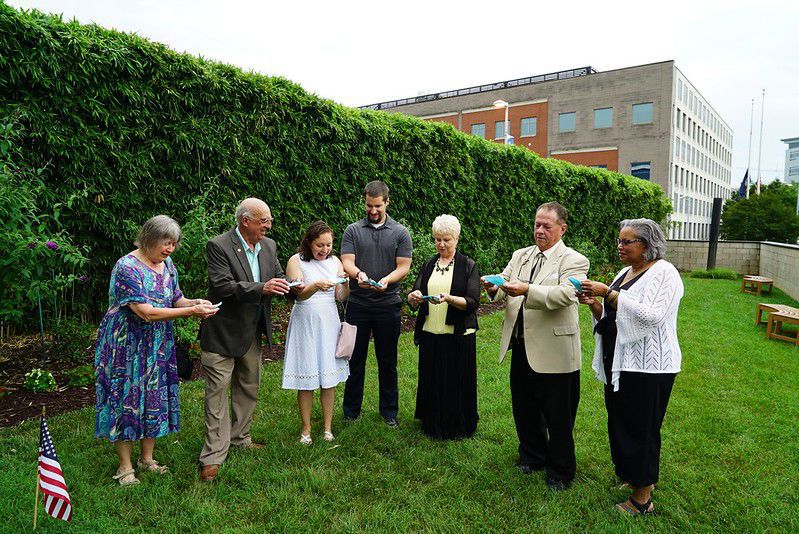 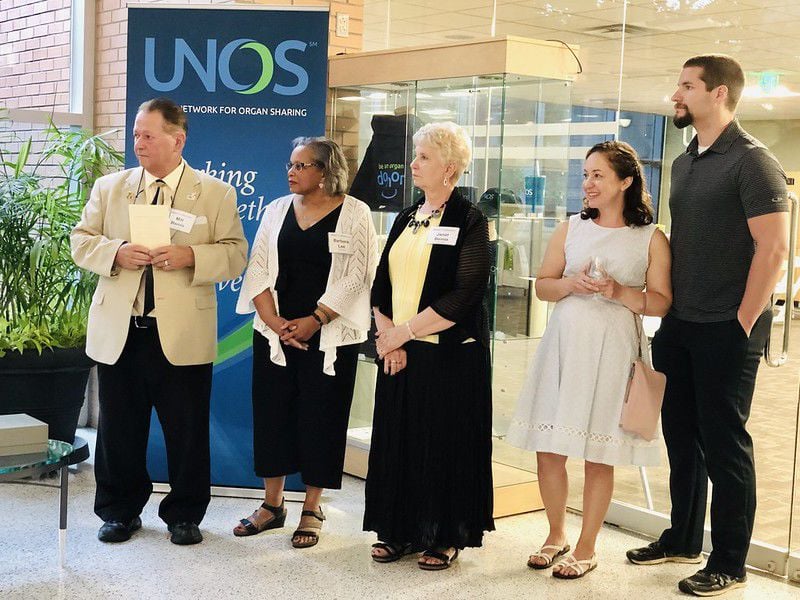 Doctors said the lifesaving gift from a 2-year-old Nebraska boy would give Lily Allen five years to live.

Thirty-five years later, she’s in good health and still has the liver donated by Matthew Bemis, a Rising City boy who drowned in 1984.

Their story — spread across the state and country — has inspired other people to become organ donors, including Allen’s husband.

Matthew’s liver was donated in a time when organ donation was less common than it is now. In the late 1970s and early ’80s, Live On Nebraska would facilitate 30 to 40 transplants per year, said President and CEO Kyle Herber. Now it facilitates the transplantation of 200 to 300 organs each year.

“It really is hope for them in such a dark, dark time,” Herber said of donor families. “Knowing that their loved one has the possibility to live on and save others is really meaningful.”

The Bemis family was visiting Hawaiian Village, south of Papillion. While adults had turned their attention to the older kids and their fishing gear, Matthew fell into the lake.

He was pulled from the water and taken to the hospital. He was on life support for three days.

“It was a nightmare. You just kept thinking you’re going to come out of this,” Matthew’s mother, Janet Bemis, said this week in an interview with The World-Herald.

As Janet sat rocking her son in the hospital, she looked at her husband, Milt Bemis, and said, “I wonder if we could ...”

Living across the country, then-14-month-old Lily was near death. Tumors had formed in the blood vessels on her liver, causing the organ to become enlarged. Her other organs were fighting for space inside her tiny body. Photos show Lily hooked up to machines in the hospital, her belly distended.

“I was basically starving to death because I couldn’t eat enough,” Allen said. “As soon as I would eat, I wouldn’t be able to breathe.”

The Bemises learned that there was a need for a liver at UCLA Medical Center. Doctors recovered Matthew’s liver and rushed it to California for Lily’s transplant.

Milt and Janet Bemis sent a letter to Lily’s family.

A year after the transplant, they met Lily and her family. When Lily turned 5, she and her family visited Nebraska. Each time Allen had a checkup, doctors would give a new estimate on how long she might live. A couple years. Five years. Maybe seven years. Eventually Allen’s parents stopped asking. Their daughter was going to make it.

Allen, now 36, wouldn’t meet Milt and Janet Bemis again until she was 19. She reconnected with the couple in Washington, D.C.

“I was so nervous,” Allen said. “It’s tough to live up and be the perfect person. I’m a human, so it’ll never happen. But you’re meeting the people who lost their beautiful loved one. I hope I’m good enough.”

When the elevator doors opened, Allen was met by Milt with his arms wide open for a hug.

When Allen’s now-husband, Brian, proposed, she knew just what date she wanted for the wedding: Aug. 8, 2008. Her second birthday would become her anniversary.

And she had the Bemises by her side. They stood in the receiving line at the wedding and Allen introduced them as her “donor parents.”

Allen will be on anti-rejection meds for the rest of her life. She shows no signs of needing another transplant. She has blood work done regularly and follows up with specialists.

Today Allen lives with husband Brian and a menagerie of rescue animals in upstate New York. She works at an animal clinic.

Last year, Brian donated part of his liver to someone in need, inspired by his wife’s donor, Allen said.

“I think he wanted to be able to do that for somebody else, somebody in need,” she said.

Every year, close to Aug. 8, Allen tries to connect with Milt and Janet Bemis.

They catch up every couple of months over the phone. They attended the Rose Bowl Parade one year to honor Matthew on the Donate Life float. Allen returned to Nebraska to celebrate the 90th birthday of Janet Bemis’ mother.

“Not everybody gets the chance to know their donor family,” Allen said. “I’m just so lucky. It’s really important to me to maintain and be supportive of them where I can, because without them, I wouldn’t have the opportunities I do now.”

After about three months of regular workouts, Erin Wolfe is already noticing her clothes fit a little looser.

Barney Cotton will not coach for UNLV this season due to health concerns.

'Without you, we wouldn't have her': Nebraska family meets donor who saved their baby girl

The Dubuque, Iowa, man went through with the procedure last year in February and donated marrow to a Nebraska baby. And on Friday, he met the little girl who he helped save.

'He saved my life:' Australian woman surprises her bone marrow donor for his 70th birthday

The diagnosis came as an "absolute shock," said Gordon, who was 28 at the time. Doctors initially said she'd be able to manage the disease for five years, but it escalated. She needed a bone marrow transplant.

Ralston firefighter Brian Saathoff, who died suddenly of an unknown medical condition, had registered as an organ and tissue donor.

Nebraska Organ Recovery, the organization that facilitates organ and tissue donation in Nebraska, has changed its name to Live On Nebraska, a step that coincides with the completion of its new headquarters near 38th and Leavenworth Streets.

'It's a true circle of life': After 2 transplants, kidney recipient fulfills dream of becoming a mom

Amber Kudrna has always wanted to be a mom. But Kudrna wasn't sure she'd be able to have a child of her own. After two kidney transplants, doctors said the Omaha woman could face a laundry list of pregnancy complications.

A 37-year-old woman had left her son in her vehicle in the parking lot at her workplace, police said.

Jamie Gehringer's work is among examples of how local researchers and clinicians are seeking to take virtual reality beyond simulation and education and put it to therapeutic uses.

A Papillion family spotted a proposal in their vacation photos. Now they're trying to find the couple

40 years after losing class ring, former Nebraskan gets it back — just in time for high school reunion

A ring missing for 40 years was recently reunited with its owner in Hastings.

The Lincoln couple’s proposal was captured in the background of another family’s vacation photos. For nearly a week, Bethany Priest of Papillion had been trying to track down the then-mystery pair on social media.

Flirty is a miniature service horse belonging to Abrea Hensley, and the two have been together since 2017. “I don’t know what I would do without her, even if I was cured today,” Hensley said. “She’s my constant companion.”

At 21, she became her mother's caretaker. Now, she honors mom at Walk to End Alzheimer's

Alison Griffin-Hunter has participated in the Walk to End Alzheimer's every year since her mom's diagnosis. This will mark her first walk in Omaha since moving here from California.

When the Iowa Hawkeyes take the field Saturday to face off against Rutgers, Jackson Tijerina of Council Bluffs will be there.

Artist talks to Bluffs students about mental health: 'What's ahead is always bigger than what's behind'

Eric Samuel Timm of Rochester, Minnesota, combined art, humor and wisdom in a presentation Thursday at a Council Bluffs school.

Federal authorities indicted a Colorado woman who is accused of trying to sell fetuses online last year. The fetuses, from the 1920s, were traced to Creighton. School officials said that staffers were supposed to cremate the fetuses and give them Christian burials.

Nebraska farmer drops 100-plus pounds after overhauling his diet. Now he's back to running

When numbers on the scale kept creeping upward, Richard "Dick" James decided to make a change. He revamped his diet and got back to running. Now he’s down more than 100 pounds.

It took 10 weeks on a national waiting list for Shawn "Fish" Farritor to get a heart and two lungs from a donor.

A little more than a year after a liver transplant, 7-year-old Angel Sanchez is starting to get a taste of a typical childhood.

'She will forever be my hero': Mother looks forward to meeting her daughter's organ recipients

Six of Tessa’s organs were donated, her heart, kidneys, pancreas and liver which was split in two. Around Christmas time, Flanagan decided to send a letter to all six recipients. 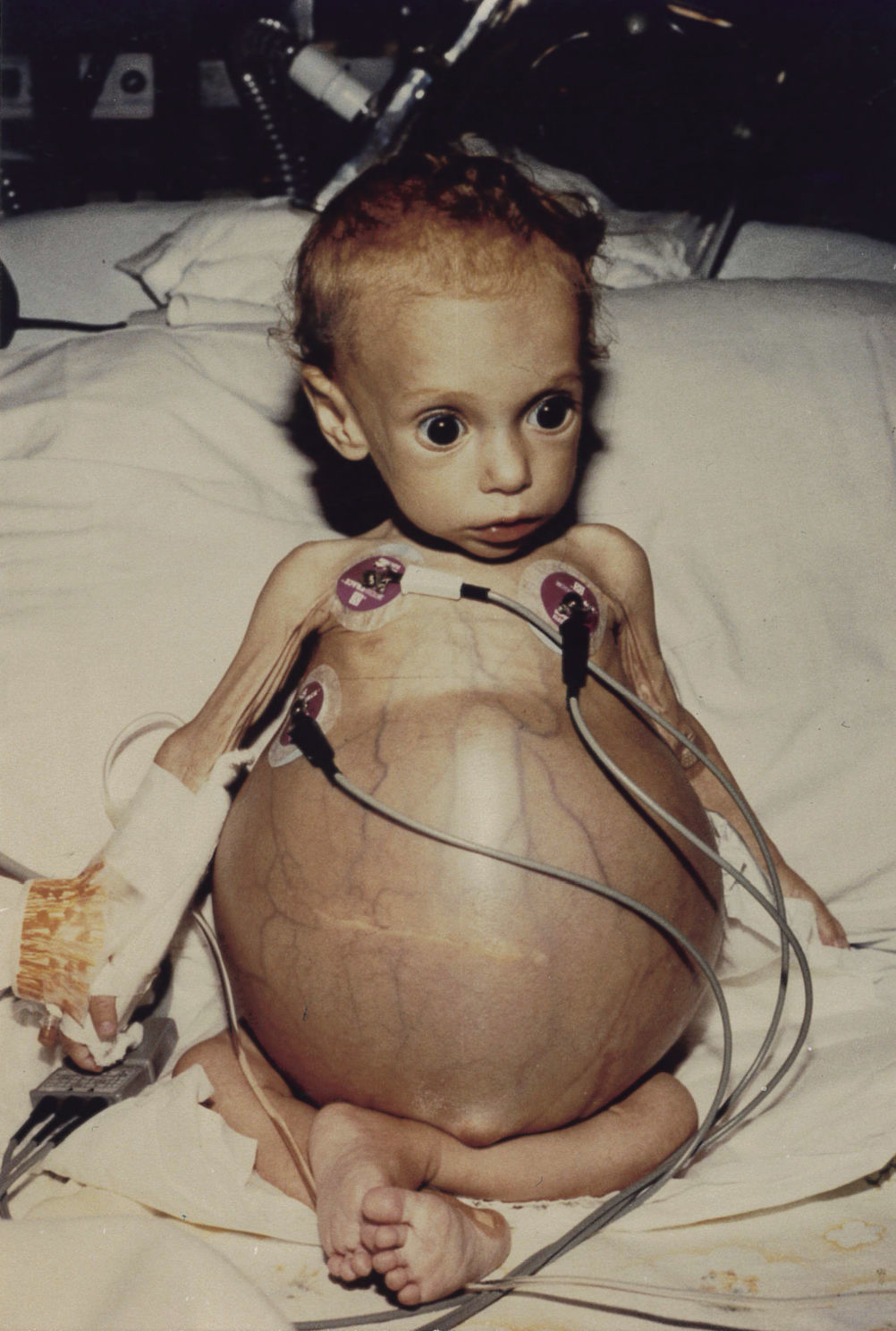 One week before her transplant, Lily Allen’s liver was so enlarged from tumors that her lungs no longer had room to breathe. 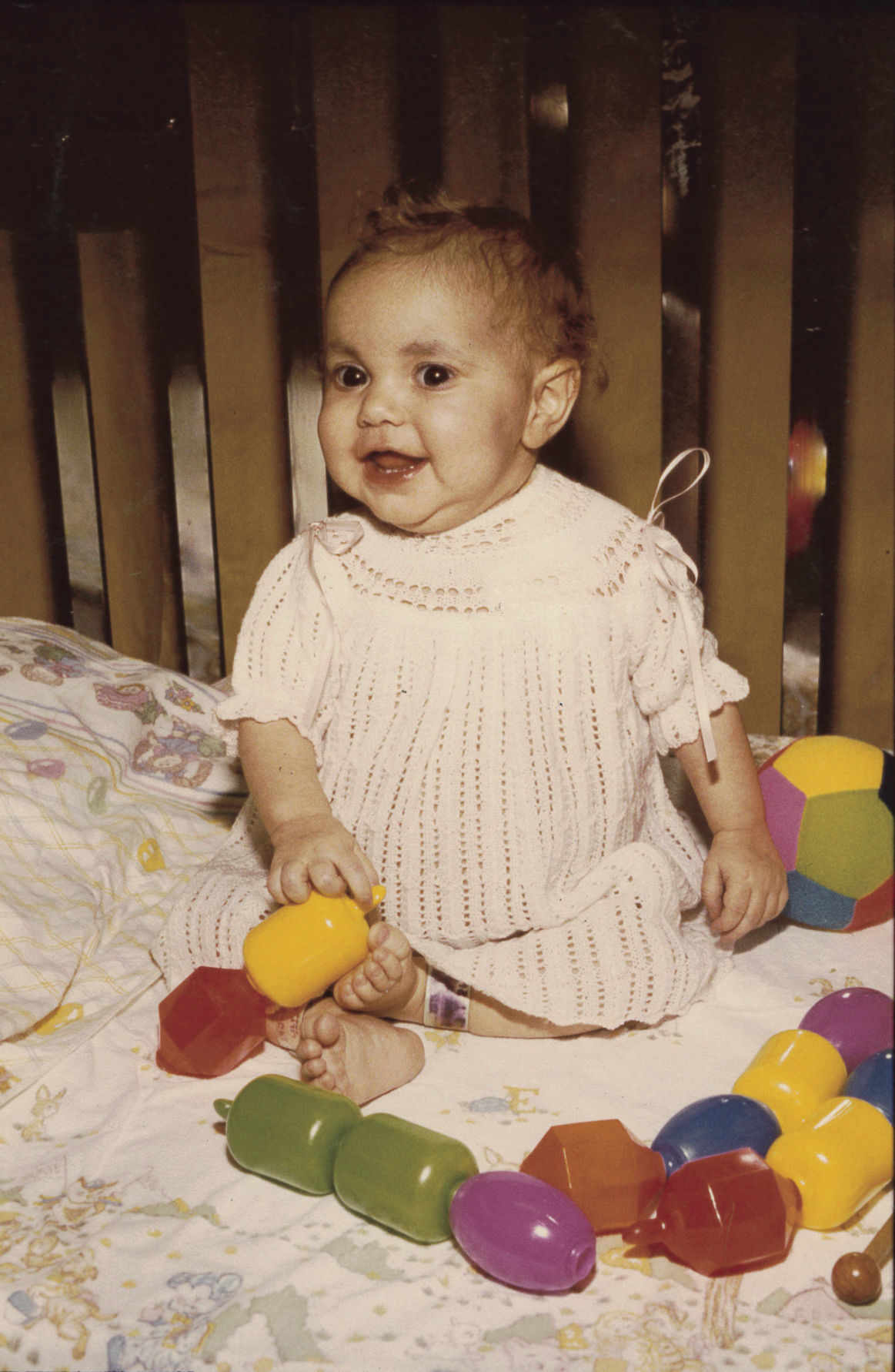 One month after a liver transplant, Lily Allen’s health and appearance was drastically improved.