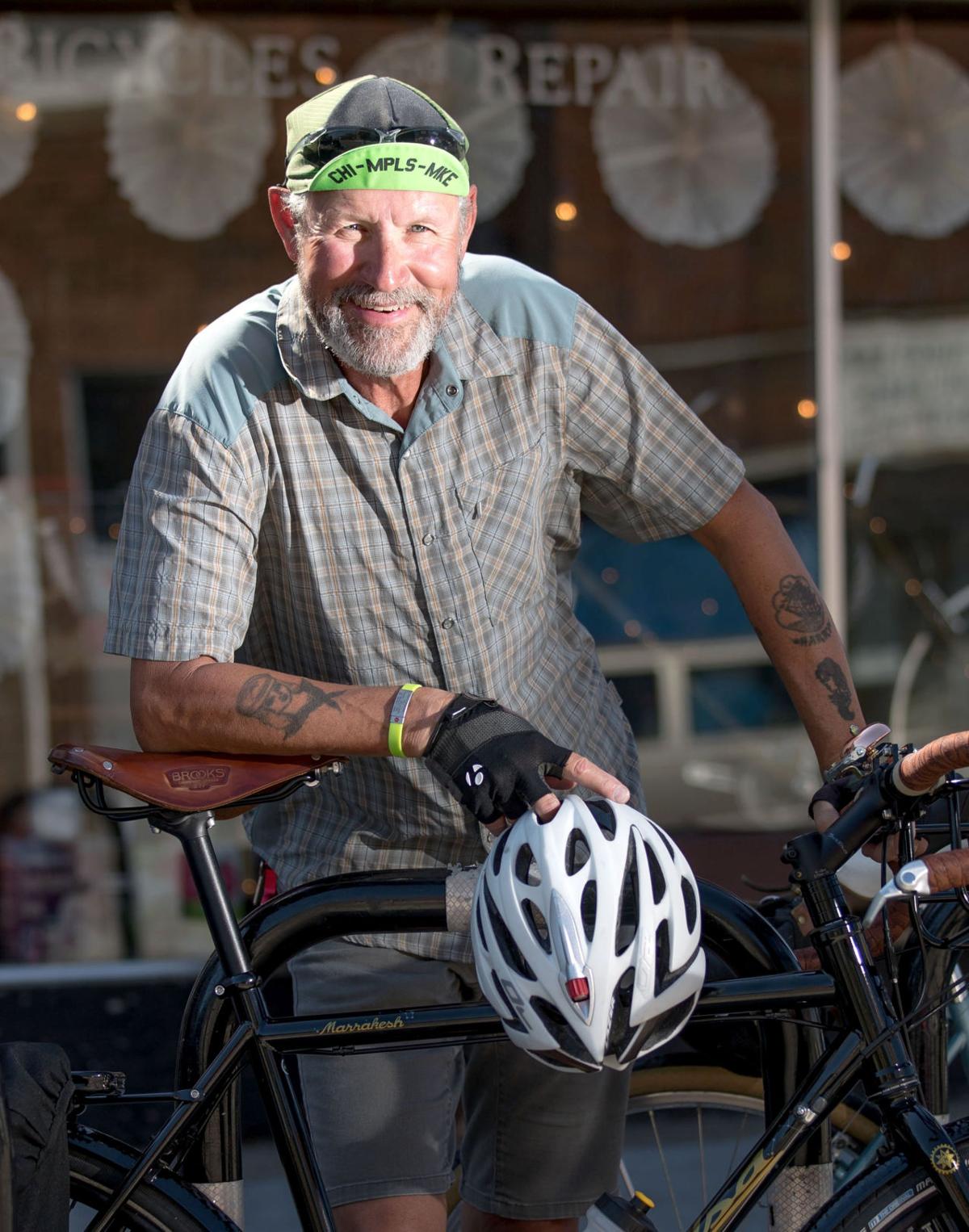 For Harry Baulisch, 63, cycling has helped him manage his Type 2 diabetes and recover from a heart attack. 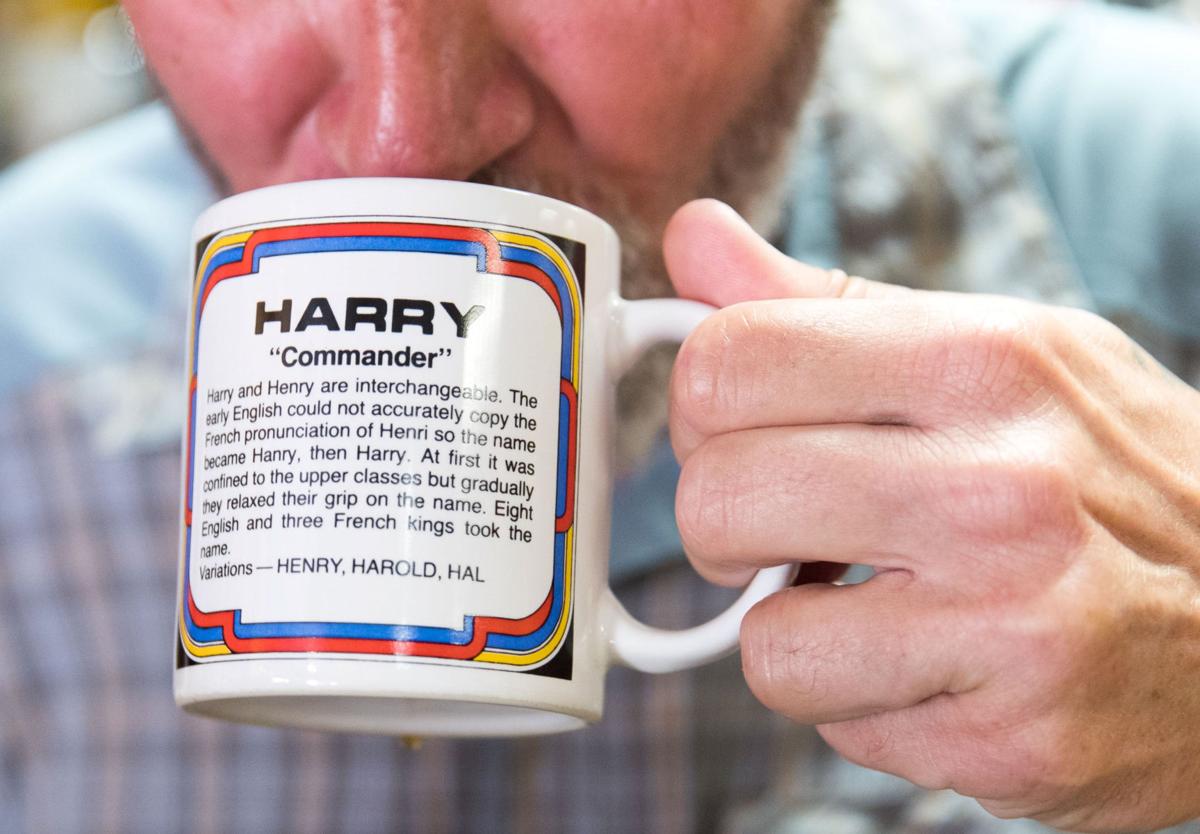 Harry Baulisch takes a sip of coffee at the Omaha Bicycle Co. in Omaha. Baulisch frequents the bike and coffee shop so much they keep his mug there. 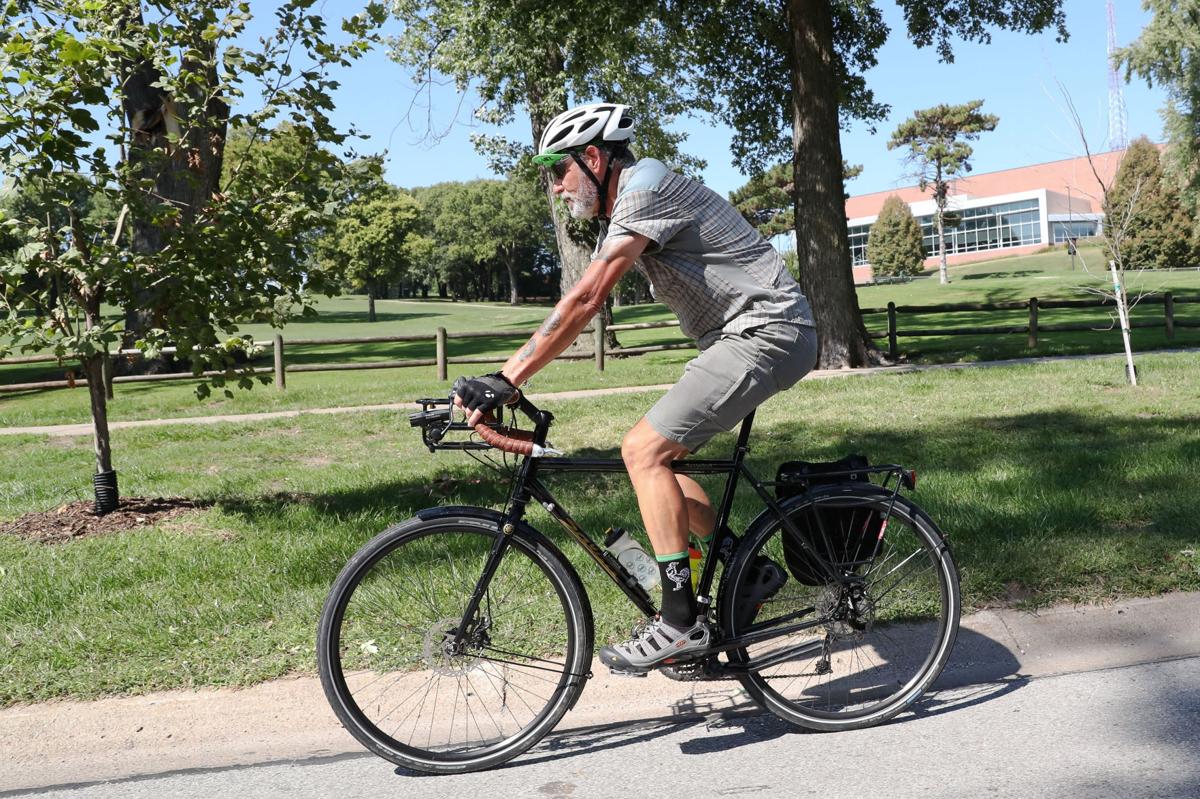 Harry Baulisch, 63, often bikes 26 miles round trip from his Papillion home to the Omaha Bicycle Co. in Benson to have coffee with others who love cycling.

Harry Baulisch rides with cyclists half his age. The 63-year-old’s weekly social calendar is dotted with biking activities.

But looking the part of a youthful, healthy and active person hasn’t always been the case for the Papillion man.

He suffered a heart attack 13 years ago that caused so much internal damage doctors feared he would die within a year. Then he had a colon cancer scare that required multiple surgeries. And two years ago, Baulisch, who was carrying extra weight around his middle, was diagnosed with Type 2 diabetes.

Those changes helped Baulisch lose nearly 75 pounds. His family, and his doctor, believe he may have saved his own life.

“I’m really proud of the strides he’s made in his health,” said Baulisch’s daughter, Nikki Rasmussen of Plano, Texas. “He’s always been the type of person that when he puts his mind to something, he will succeed.”

Baulisch feels better now than he did in his 30s and advocates that people make lifestyle changes no matter their age. He shares his story in the hopes of helping others suffering from health problems.

Baulisch, who was born in Omaha, was a career military man who moved often. Since he had an active job, he never worried much about his health or his weight.

But it began to catch up with him after a 1991 tobogganing crash in California, where he lived while serving in the Navy. The accident crushed two vertebrate and left him struggling with mobility for six months. His weight started to climb.

“I was in my 40s and had gotten that middle-aged spread,” Baulisch said. “And then after the accident, I just gained a lot of weight.”

When Baulisch was 50, he suffered a heart attack. Doctors told him he had a 27 percent chance of living another year. There was talk of sending him to an assisted living facility. Instead, he walked, made healthier food choices and slowly began to get better. But that first year, carrying a gallon of milk was a struggle.

Baulisch was diagnosed with colon cancer in 2009. After several surgeries, doctors were able to remove the cancer cells. Still, he felt discouraged, like his body was betraying him.

His health issues continued two years ago, when Baulisch was diagnosed with Type 2 diabetes.

“I remember thinking that contracting this disease could be the last straw for me,” he said.

By monitoring his food intake, especially carbs, and keeping a food journal, Baulisch began to lose weight and feel better. After he moved to Nebraska in March 2015, he took up cycling. His bike became his main source of both recreation and transportation — and that’s when things really started to change.

Weight dropped off. Now, the 6-foot-1-inch man weighs about 165 pounds. He gained strength and cardiovascular fitness. And his heart health improved: Today, his cardiologist says Baulisch’s heart functions the same as someone who never had a heart attack. He has surpassed the typical life expectancy of a heart attack patient, his doctor said.

“He is far more healthy than most people his age,” said Dr. Eric Van De Graaf, a cardiologist for CHI Health in Omaha.

Cycling has allowed Baulisch to become a role model for others who have diabetes, said Kayla Zebrowski with the American Diabetes Association’s Nebraska chapter. Baulisch is active in the organization as a volunteer.

“He talks about cycling all the time,” Zebrowski said. “He knows if he quits cycling, he’ll be back to where he started.”

Baulisch rides his bike 26 miles round trip every day from his house to Omaha Bicycle Co. in Benson to drink coffee and chat with other people who love bikes. He also does weekly rides with the younger cyclists, often heading up to Ponca Hills and hitting not-so-easy trails. They’re often surprised to learn his age.

“Some of the 30- and 40-somethings say, ‘Wow, I didn’t know you were so old,’ ” Baulisch chuckled. “But then they say, ‘You don’t look your age because you are doing things to try and preserve your youth.’ ”

He rides about 200 miles a week and says he has no plans to slow down.

“We’ve become a culture where we accept that as we get older, there are things that are going to happen to us, so we don’t do anything about it,” Baulisch said. “But I’m not going to give up.”

Real People, Real Inspiration is a series about local people and their journeys to better health. Know someone who is an inspiration? Email katy.glover@owh.com. Click here to read more from the series.

But Charlene Nilsen’s trainer, Lawrence Dawson, knows where her body has been in ways that most trainers could never understand. Dawson is 80.

Mandi Sedlak has a never-give-up attitude and natural competitive spirit that her family says helped the Johnson Lake, Nebraska, woman overcome her physical setbacks and become a golf champion.

Valerie Bourdain spent nearly a decade caring for loved ones who were suffering from cancer. After they died, she was the one who needed help.

Overweight rocker vows to get healthy when he joins police force, drops 75 pounds

The 34-year-old says losing 75 pounds has made him feel as happy as he had felt performing with the band.

Since taking up running, Carl Samuelson, 39, has lost more than 100 pounds. His weight loss has allowed him to be more active, and with more energy, he’s able to spend more time with his wife, April, and two kids.

'It's never too late to get started': Omaha woman becomes professional bodybuilder at 46

“I wouldn’t say I’m obsessive about anything. I’m just determined about things,” Margie Irfan said. “I like playing by the rules, and I’m highly compliant. I was determined to see a change.”

For Harry Baulisch, 63, cycling has helped him manage his Type 2 diabetes and recover from a heart attack.

Harry Baulisch takes a sip of coffee at the Omaha Bicycle Co. in Omaha. Baulisch frequents the bike and coffee shop so much they keep his mug there.

Harry Baulisch, 63, often bikes 26 miles round trip from his Papillion home to the Omaha Bicycle Co. in Benson to have coffee with others who love cycling.