'Human Etch A Sketch' runs to honor late son, hundreds of other kids with cancer
0 comments
Share this
1 of 4 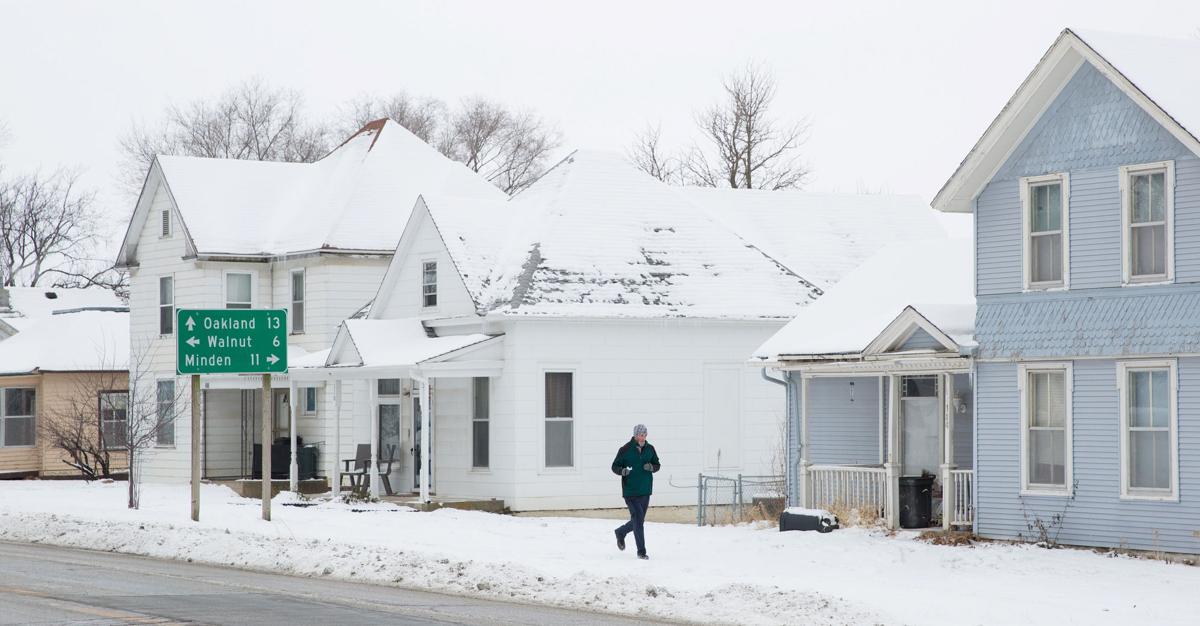 Rik Zortman calls himself "Human Etch A Sketch." The Avoca, Iowa, man spells the names of children with pediatric cancer as he runs. 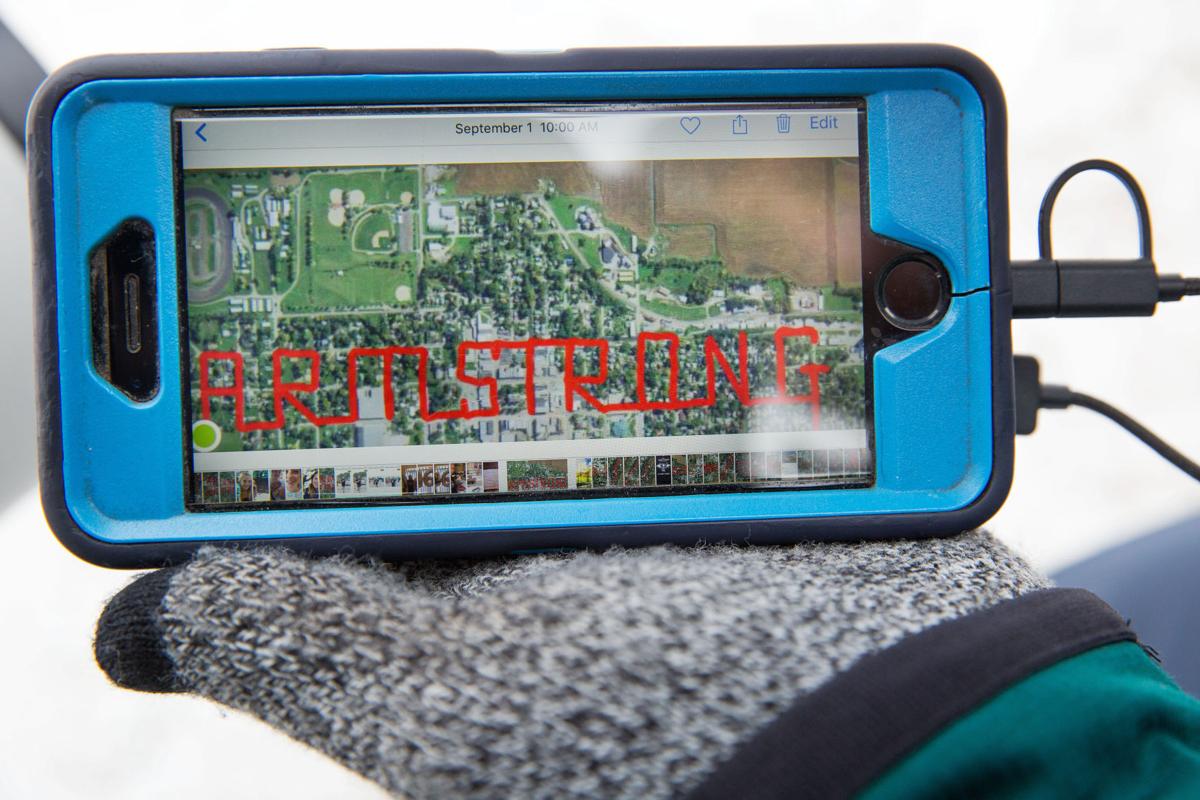 Rik Zortman shows the name "Armstrong" on his phone. Armstrong was the first name Zortman ran. It’s the name of his son, who died from cancer in 2009. 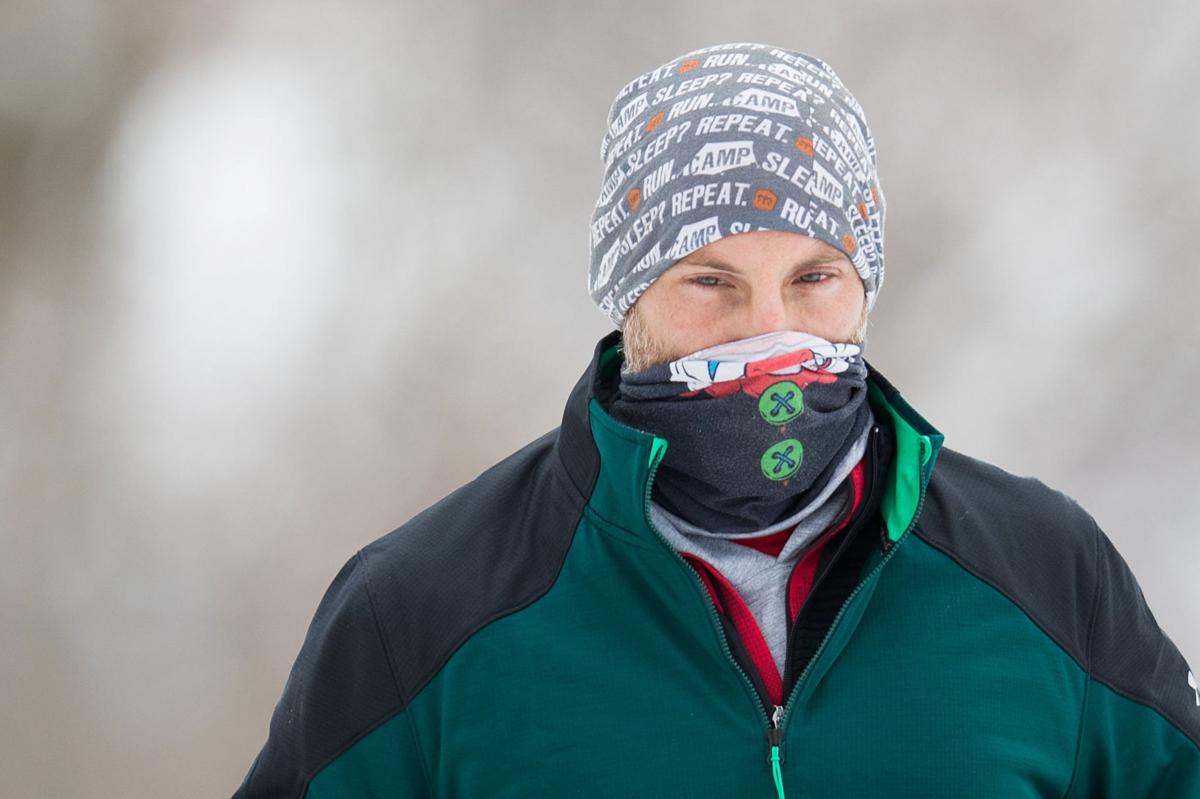 Rik Zortman runs the name Oscar on Dec. 29 in Avoca, Iowa. Because of the extreme cold, Zortman's phone sometimes dies and he has to rerun a name. 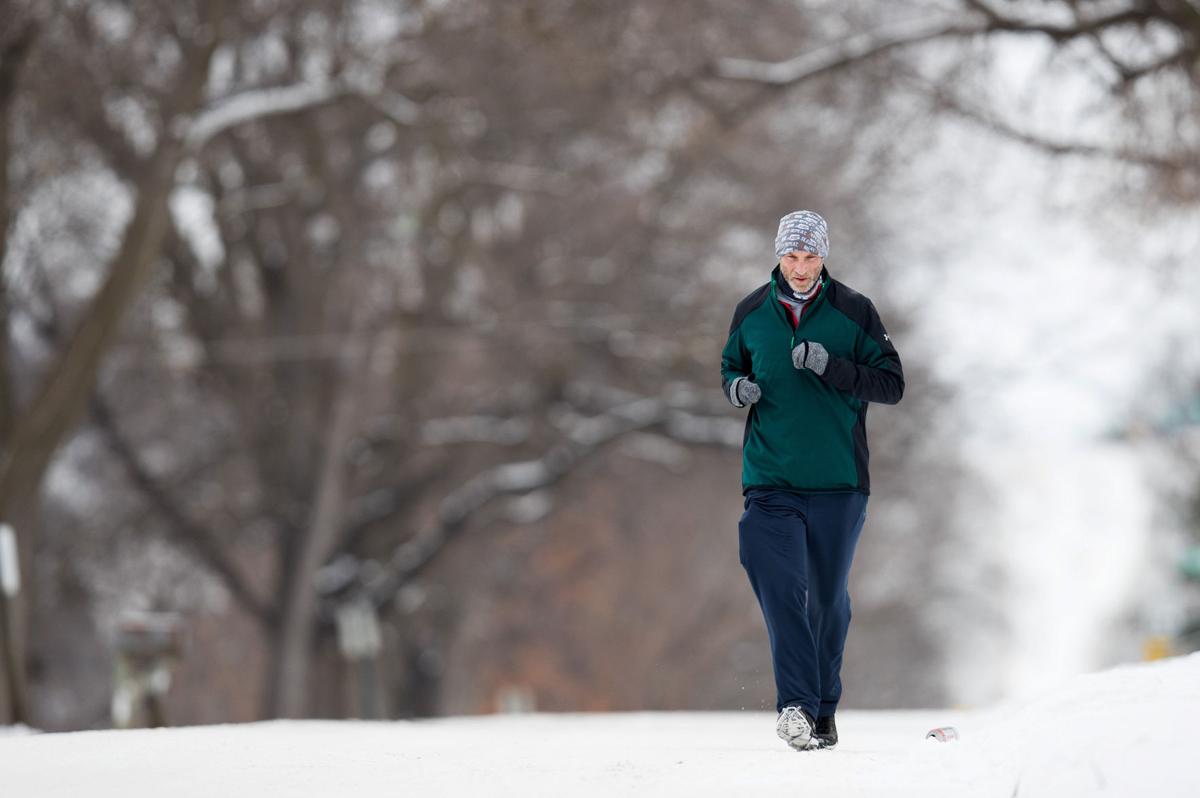 Zortman has more than 250 names under his shoes. “It means a lot to me,” Zortman said. “I want to go out and spread the word about Armstrong and other kids and parents who have gone through this. They’re not alone.”

In the weeks after his young son’s death, Rik Zortman walked around in a haze.

Friends and family offered condolences and dropped off meals. The other Zortman kids went back to school.

Days and nights blurred together.

His mind kept going back to memories of his son. How he loved playing dress-up with his older sister — even if that meant he had to dress as a princess. The way the 3-year-old went with the flow. His huge, happy smile.

“I was lost when he passed away,” Zortman said of his decision to take up running. “It helped me grieve a little bit.”

Last year, the 44-year-old wanted to run to honor his son, who died from brain cancer. So he mapped his route to spell the toddler’s name, “Armstrong,” on his GPS fitness tracker.

It inspired Zortman, who calls himself the “Human Etch A Sketch,” to spell the names of 100 other children with cancer in one month’s time. But his list of names kept growing. Now Zortman has more than 250 names under his shoes.

“It means a lot to me,” Zortman said. “I want to go out and spread the word about Armstrong and other kids and parents who have gone through this. They’re not alone.”

Zortman was overseas as a civilian contractor for the Air National Guard when he got a phone call from his now ex-wife in November 2008.

Lindsay Lake was crying so hard she had to call back with the news that their son had had a seizure. Days later they found out that he had stage 4 brain cancer.

Blue-eyed, blond-haired Armstrong could make anyone’s “heart melt,” his dad said. He looked up to his four older siblings and loved spending time with them, watching them play video games or run around a local park. Armstrong was an avid fan of the cartoon “Go, Diego, Go!” From the first notes of the theme song, he would be glued to the television.

During treatment, Armstrong took steroids, which doubled his weight from 30 pounds to 60. He underwent chemotherapy and radiation treatments, but doctors said he had about six months left to live.

First, he lost the ability to walk. Shortly after, his language skills went away.

Armstrong spent his days sitting in a recliner, watching his family around him.

“You couldn’t really do much for him,” Zortman said. “It was tough. We ultimately knew what was going to happen. You just don’t plan for it.”

In early April 2009, Armstrong had a second seizure, and 20 minutes after arriving at the hospital, he died.

Zortman decided to attend a local 5K held in Armstrong’s honor a few weeks after his death. The sport stuck. Zortman started running 5Ks and half marathons.

“He’s with me wherever I go. Wherever I’m running, he’s there,” Zortman said of Armstrong. “I do this instead of sitting at his gravestone at the cemetery. My therapy is going out and talking to him while I’m running.”

Zortman, a shipping supervisor at Menards, posted his running routes to Facebook and a friend commented that they looked a little boring. So he decided to run routes in patterns that spelled out his friends’ names. He tossed in a few words, too. He even ran out a proposal to his wife, Kellie.

It was September, childhood cancer awareness month, when he decided to run in the pattern of his son’s name. His 8-mile route, completed eight years after his son’s death, spelled out “Armstrong Spirit.”

During the run, Armstrong’s favorite song started playing on Zortman’s phone. As he ran, he started to cry.

When he got home, he posted his feat online, asking for more names. Days later, he had 40 names of children who lost or were still fighting battles with cancer. Some submissions left only names. Others included photos and stories. They came from Iowa, Nebraska, New York, Utah, even New Zealand and Canada.

It came as a surprise to Michelle Mertz when she was tagged on Facebook after Zortman spelled out her son’s name: Alec. They had met briefly at a pediatric cancer awareness event. Zortman ran it on the anniversary of the Walnut, Iowa, boy’s death: Sept. 17.

Alec was diagnosed with a rare brain tumor in 2002. After surgery and radiation, he returned to his normal life for another year and a half, Mertz said. But then doctors found that cancer had spread to his spine and other parts of his brain.

“He was a fun-loving, happy-go-lucky kid,” Mertz said. “He never complained. He never once said ‘Why me?’ ”

Seeing his name mapped out was special, especially since it took a lot of work, Mertz said.

“It means a lot that (Rik’s) raising that awareness and bringing it to the forefront,” Mertz said. “He does it even when it’s freezing. Like he’s said, ‘Our kids can’t stop fighting, so I can’t stop running.’ ”

On Thursday, Zortman will run in a pattern spelling the name Triton, a boy from Utah battling cancer.

Zortman, who was featured in Runner’s World magazine for his effort, can usually map the routes in his head.

Each letter takes up about two blocks in Avoca. Zortman runs longer names in Harlan, Iowa — the bigger city can accommodate longer names — and he’s run some in Omaha, Des Moines and Sioux City.

To passers-by, Zortman might look at little confused. After running the length of a letter, he has to stop and consult his phone’s map before running the next stroke. Sometimes he has to backtrack to a different point before continuing.

Zortman’s mind is racing as he completes the names. First, he wants to make sure he’s spelling it correctly. But then his thoughts shift to how the kids are doing. If they’re just starting their battle. Or if it’s their second, third or fourth go with the disease. But most of all, he’s praying that they beat cancer.

“I can send these to children fighting this. They need to know they can beat this,” Zortman said.

To submit a name:

12 local races to put on your 2018 running calendar

Running calendars are filled to the brim with races — 5Ks, half marathons, fundraising runs, and more.

All of that extra time with technology could lead to injuries.

It became a lifestyle change for Hannah Mirmiran. She makes it to the gym five times a week, has cut out alcohol and has revamped her diet.

Sick of the typical sports bra, businesswoman brings her 'Frankenbra' design to life in Council Bluffs

Tamara Brunow was sick of her sports bras. They dug into her skin, pinched and squeezed in all the wrong places.

'Harry Potter' owl draws attention in northwest Omaha, but raptor experts say to give it space

Sightings of snowy owls have increased in Nebraska this winter. One of the regal birds has been hanging out near an Interstate ramp in Omaha and has drawn attention from drivers and others.

Ask grade-school students about their go-to tricks and there’s a few they’ll mention: turning their PJ’s inside-out; singing the ABC’s into the freezer; putting a spoon under their pillow; and dropping ice cubes into the toilet.

Rik Zortman calls himself "Human Etch A Sketch." The Avoca, Iowa, man spells the names of children with pediatric cancer as he runs.

Rik Zortman shows the name "Armstrong" on his phone. Armstrong was the first name Zortman ran. It’s the name of his son, who died from cancer in 2009.

Rik Zortman runs the name Oscar on Dec. 29 in Avoca, Iowa. Because of the extreme cold, Zortman's phone sometimes dies and he has to rerun a name.

Zortman has more than 250 names under his shoes. “It means a lot to me,” Zortman said. “I want to go out and spread the word about Armstrong and other kids and parents who have gone through this. They’re not alone.”