79-year-old woman can crank out 50 pushups; 'She's an inspiration to us,' fitness instructor says
0 comments
Share this
{{featured_button_text}}
1 of 3 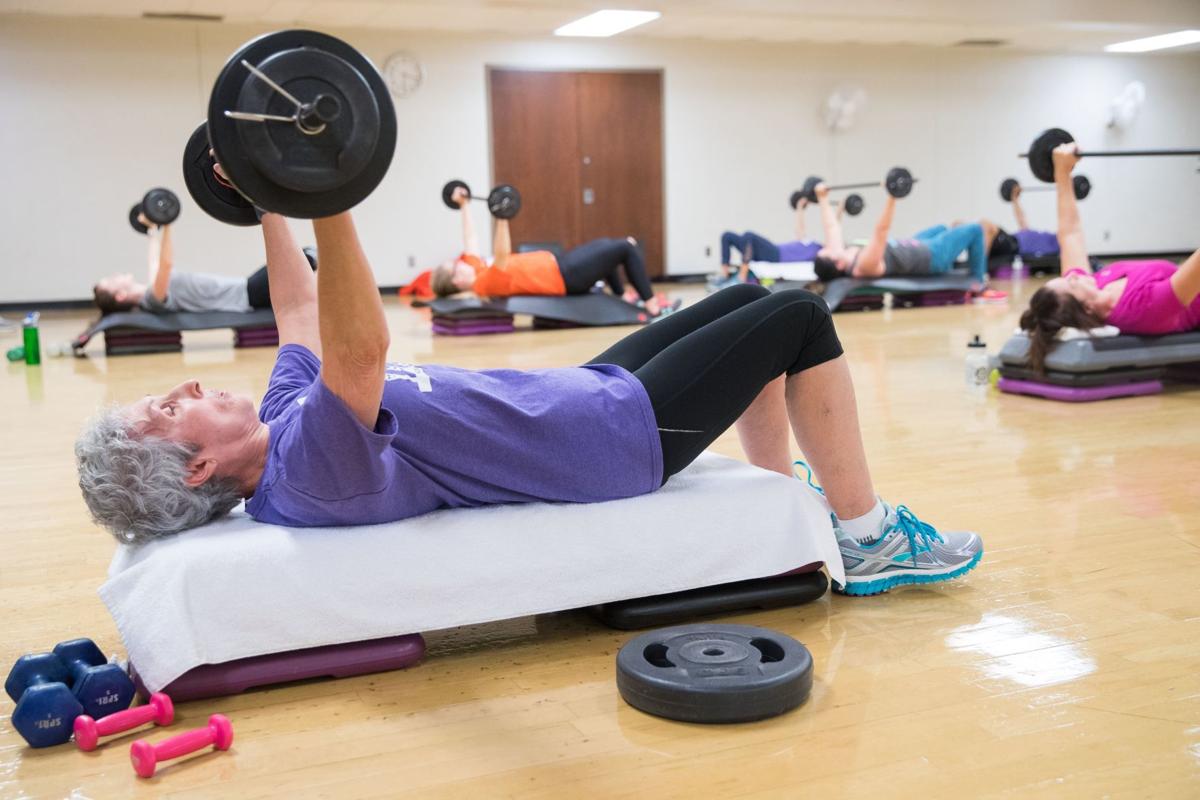 Mary Manhart, 79, participates in a BodyPump class at the Downtown YMCA in Omaha in November. Manhart, who works out six days a week, had eight children in less than 11 years and worked in the nursing field for 27 years. 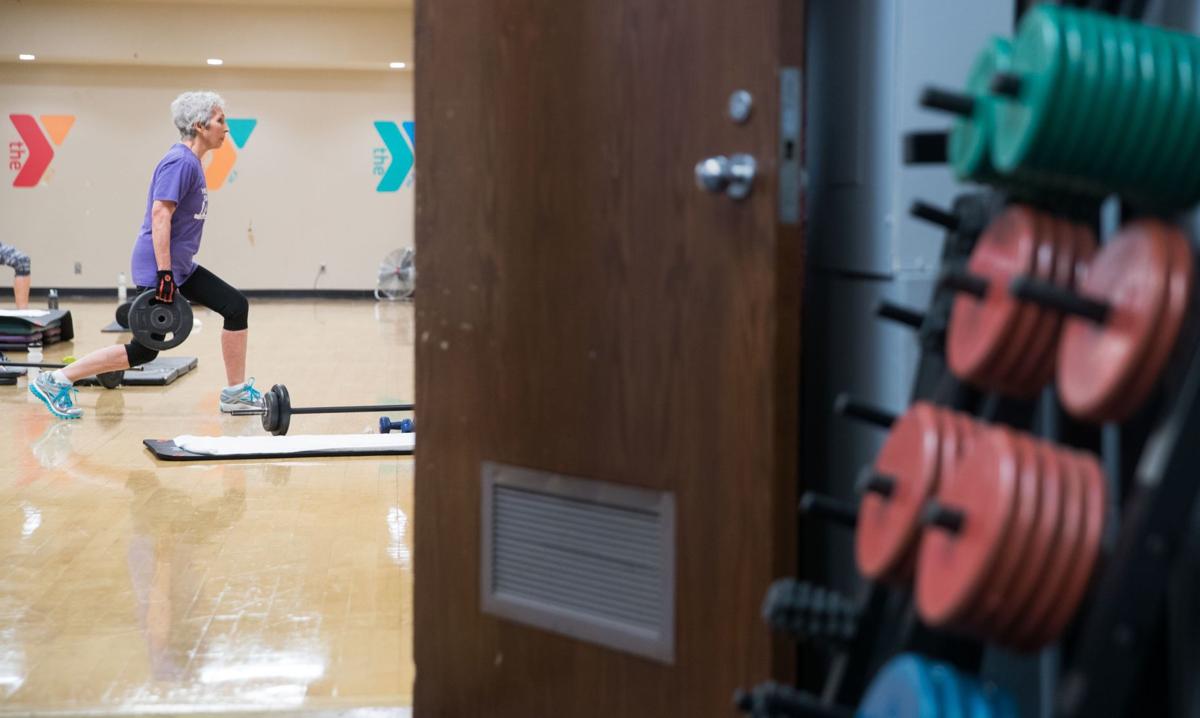 Mary Manhart, 79, does lunges during a workout class. 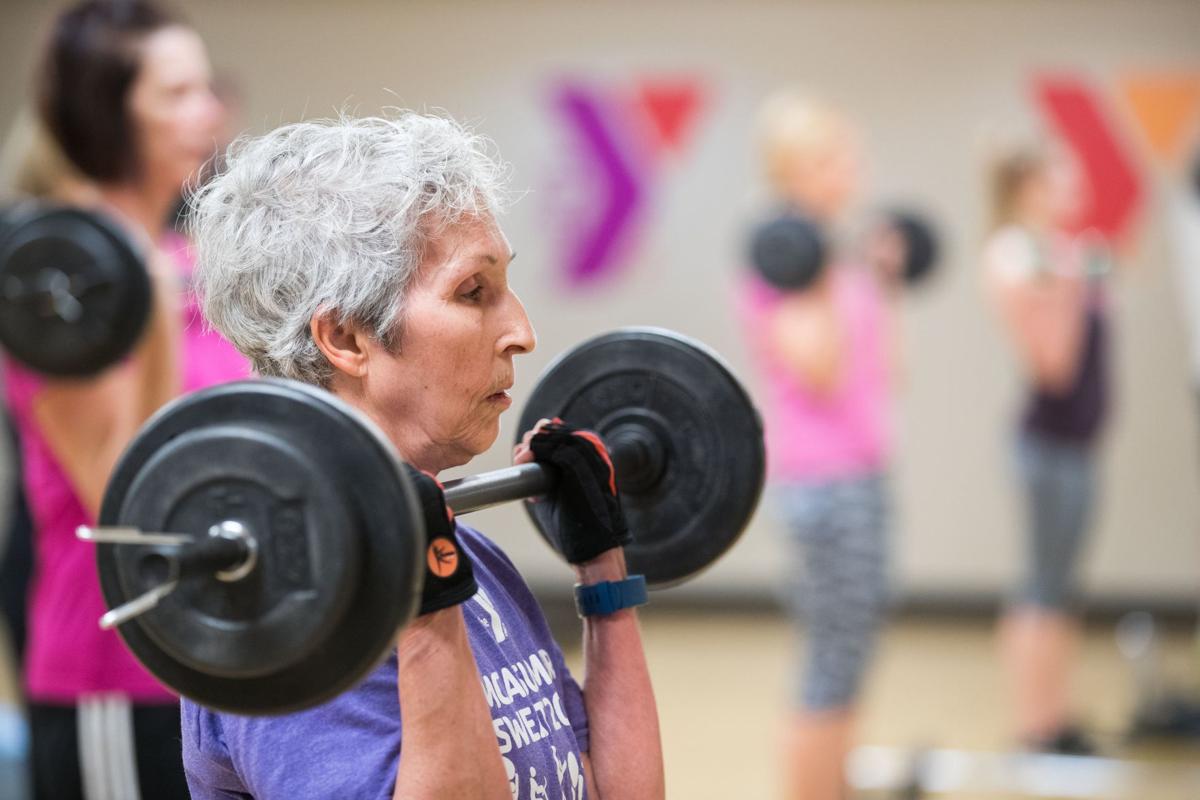 Mary Manhart said she wants to set an example, not only to her children and grandchildren, but to others looking to find fitness.

At most Manhart family gatherings, you’re likely to find the matriarch on the floor doing pushups.

Mary Manhart does the party trick “just to keep them on their toes.”

The 79-year-old has enough strength to do about 50 strict pushups, though her children and grandchildren usually settle for seeing her complete half that number.

She works out every day. In her three-times-a-week weightlifting class at the Downtown YMCA she gives her fellow classmates and even the instructor a run for their money.

“The things you love to do, you won’t be able to do unless you’re healthy,” Manhart said. “I am strong. I can go forever, really.”

Manhart started working out about 13 years ago. But more impressive than her dedication to weightlifting and walking, is her attitude, fellow gym-goers said.

Manhart spent nearly 30 years as a nurse at Creighton University Medical Center. She juggled her career with raising eight children.

Both her day job as a mom and night job as a nurse kept her active. She ran around the oncology floor of the hospital all night, but that made it hard to eat a proper meal.

Once she retired and her children were grown, Manhart decided it was time to get in better shape. At a friend’s suggestion, she joined the Downtown YMCA. The 5-foot-1-inch woman weighed about 150 pounds when she signed up in 2005.

Manhart dabbled with the available equipment at the location at 20th and Howard Streets for her first few years of membership. But she was intrigued by the BodyPump classes offered.

Manhart is always “bright-eyed and bushy-tailed” before class, said instructor Diane Eriksen. Despite being older than many of her classmates, Manhart is one of the most fit people in the room.

“She’s an inspiration to us,” Eriksen said. “...Everybody loves Mary. We’re pretty much a family. We call her ‘Mother Mary.’ ”

She started taking the classes seriously in 2011 and made changes to her diet. Manhart hand-writes a log of everything she eats during the course of a day. She cut out almost all sugar. It was a tough task; growing up, her father worked for a candy company.

About two years later, Manhart was down 40 pounds.

Manhart works out at the YMCA six days a week. In addition to the weightlifting class, she does Aqua Zumba. On Fridays, she walks with a group of friends from the Downtown YMCA to the Bob Kerrey Pedestrian Bridge and back. She squeezes in exercise on Sundays, too. Manhart walks a little over a mile from her home to church and back.

Manhart’s made lifelong friends through working out. She can greet most gym-goers in her 6 a.m. class at the Downtown YMCA by name. And her mothering instincts extend to her gym family, too. She can tell you who’s undergone recent knee surgery or just welcomed a new baby.

She stacked a few step platforms into a bench. Her bar was loaded with 7 pounds of weight on each side. Spare weights were neatly organized next to a foam yoga mat.

The Omaha woman’s prep work gave her time to mill around before class, chatting with fellow gym-goers and guzzling down a cup of coffee.

Besides exercise, Manhart loves taking care of her friends and family, her son Peter Manhart said. She pulls out her nursing skills and cares for friends who’ve had hip or knee replacements. She’s also volunteered to read to children.

Manhart said she wants to set an example, not only to her children and grandchildren, but to others looking to find fitness.

“I don’t care how old they are. If they come to the Downtown Y, I will take them under my wing, and they will never regret it,” Manhart said.

Give Kids a Smile was created to celebrate February as National Children’s Dental Health Month.

With her 50th birthday only a few years away, Nancy Nygren didn't want to hit the milestone as obese. So she made changes to her eating habits and got off the couch.

Sharon Fisher has dabbled in all sorts of workouts. But as she got older, she needed something easy on her body. She started Pilates about two years ago.

Mary Manhart, 79, participates in a BodyPump class at the Downtown YMCA in Omaha in November. Manhart, who works out six days a week, had eight children in less than 11 years and worked in the nursing field for 27 years.

Mary Manhart, 79, does lunges during a workout class.

Mary Manhart said she wants to set an example, not only to her children and grandchildren, but to others looking to find fitness.