In the intensive care unit at the Grand Island hospital, Juana Esther Gomez was struggling to breathe.

She had been in the hospital for more than a week battling COVID-19, but her fever was still high and her oxygen levels still too low.

The doctors and nurses at St. Francis told the 58-year-old this was her last, best shot to avoid being placed on a ventilator.

They would try one more respiratory therapy, and if Gomez and her family agreed, they could try two still-experimental treatments for COVID-19 patients.

She would receive an infusion of convalescent plasma donated by COVID-19 patients who had recovered and a drug that was being tested to see if it had any effect on the disease caused by the novel coronavirus.

She prayed to God, told him that she was at his mercy, and signed off.

She received the first dose of medication May 1, a Friday night, followed by the convalescent plasma Saturday afternoon. That night, her fever broke.

She didn’t feel quite so weak and disoriented Sunday, and she was able to eat a few bites of food. On Tuesday, May 5, after 12 days in the hospital, she was released.

One month later, she still is regaining her strength. She used supplemental oxygen for several weeks, but “now I feel so good that I can’t believe I went through all that,” she said, “that there was a time it was so bad.”

Few predicted that Grand Island and St. Francis Hospital would be at the center of a major coronavirus outbreak in Nebraska. But in April, the ICU was filling up fast with seriously ill COVID-19 patients like Gomez.

One problem: There was no cure, no vaccine and no approved treatments for this very new and very contagious virus sweeping through the region. Doctors could mostly provide what’s called supportive care: fluids, electrolytes and supplemental oxygen. They could keep patients’ vital signs stable.

So the hospital’s clinical trials staff, who typically work on cancer studies, started pulling the research and figuring out how St. Francis could get permission to use experimental drugs and treatments through the U.S. Food and Drug Administration’s expanded access program, also known as “compassionate use.”

There was a waiting list for remdesivir, the antiviral being used in a number of clinical trials, including one at the University of Nebraska Medical Center in Omaha.

But they were able to get permission to use convalescent plasma supplied by the Mayo Clinic in Minnesota and a drug that is FDA-approved for a different use. (St. Francis staff said they could not name the drug without the permission of the pharmaceutical company that makes it.)

Ultimately, 39 patients agreed to try the plasma, the drug, both or a respiratory technique called “proning” that involves having patients lie on their stomach to remove pressure from their lungs.

“Anyone we presented treatment to was on board,” said Sarah Einspahr, a clinical research nurse. “We really didn’t have anything else.”

Pauline Sanchez, who, like Gomez, is 58, received both the drug and the plasma.

The Grand Island resident is a breast cancer survivor who has diabetes and prior respiratory issues. Even before she became infected with the coronavirus in late April, she used oxygen to help her breathe at night. She also faced the prospect of being intubated and placed on a ventilator. She was scared of dying while hooked up to machines.

“Cancer scared me, but not this much,” she said. “I have a lot of enemies, let me tell you, but I would not wish this on any of them.”

She spent seven days in the hospital before being released. She’s still not 100%, but she’s planning to donate her plasma, too, returning the favor in the hopes that the coronavirus antibodies in her blood can help someone else.

Critical care doctors and nurses like Dr. Nikhil Jagan were pulling jam-packed 12-hour shifts to care for the ill, which included having to put on and remove masks, gloves and gowns multiple times a day and talk by phone to family members who were barred by hospital rules from visiting.

Jagan said he was trying to keep up with the latest news and treatments during his off hours. But having Einspahr, clinical research manager Mary Gulzow and others research treatments and set up the approval process was a huge help.

“Without a strong clinical research staff and a supportive environment,” he said, “it would not have been possible.”

At the beginning of the pandemic, Jagan treated some patients with hydroxychloroquine, the malaria drug initially touted by some as promising. But the hospital stopped using it as more evidence emerged about its effectiveness and concerns were raised about possible side effects.

Securing patient consent for the plasma and the drug was not an easy task.

A number of the COVID-19 patients treated at St. Francis did not speak English and required interpreters. Some were so sick that they were barely conscious, and a family member had to decide if they wanted them to receive the plasma or the drug.

When a patient did consent, an extensive process began that involved a witness who had to suit up before entering the person’s hospital room. The patient would give his or her verbal OK and the witness, usually a nurse, would actually sign the consent form outside the room for fear that even the paper could become contaminated with the virus.

Some patients who received the treatments still died. So far, the hospital has treated more than 100 COVID-19 patients.

Their patients and data could become part of ongoing research. Researchers still are trying to determine if convalescent plasma and different drugs reduce COVID-19 death rates or result in shorter hospital stays.

“Hopefully, we find out there are treatments that are effective,” Einspahr said.

Gomez is grateful for the medical care she received, especially when Grand Island, and its Latino community, has been hit so hard by the virus, she said. She’s an immigrant from El Salvador, and her entire family became sick with COVID-19.

Gomez’s son, who lives with her and her husband, became ill first — they think he may have been exposed at his job as a social worker. Then, her husband and daughter got sick. They all were quite ill, but they able to recover at home while Gomez was hospitalized.

The St. Francis staff helped her return to them.

Officials with a University of Nebraska-Lincoln College of Engineering facility, in fact, were working with a company to develop a recombinant protein for another use when the coronavirus struck.

The deaths involved a man and two women, all older than 50. The total number of deaths in the county from the virus now stands at 42.

Council Bluffs city pools will reopen for laps only

Council Bluffs will open its city pools for lap swimming only, starting Monday.

A total of 49 people have died locally, according to the Douglas County Health Department.

This summer's fair was canceled Wednesday because of concerns over the coronavirus, marking the first time since World War II that the annual gathering won't be held in Des Moines.

As of Wednesday, 5,336 Douglas County residents have tested positive for the virus that causes the disease. That was an increase of 34 cases from Tuesday’s tally.

The resident, who died Monday, was a hospice patient who tested positive for COVID-19.

Handing out masks and hanging signs is good, an assistant professor at the University of Nebraska Medical Center said, but not quite enough.

Could coronavirus hot spots be predicted? Researchers think fevers could be the key

A team of University of Nebraska researchers is investigating whether fever data from Internet-connected thermometers can help forecast COVID-19 hot spots in Nebraska weeks before new outbreaks are officially reported.

The worker was a Dodge County man in his late 30s who had been battling COVID-19, the disease caused by coronavirus, for several weeks, according to Lincoln Premium Poultry spokeswoman Jessica Kolterman. 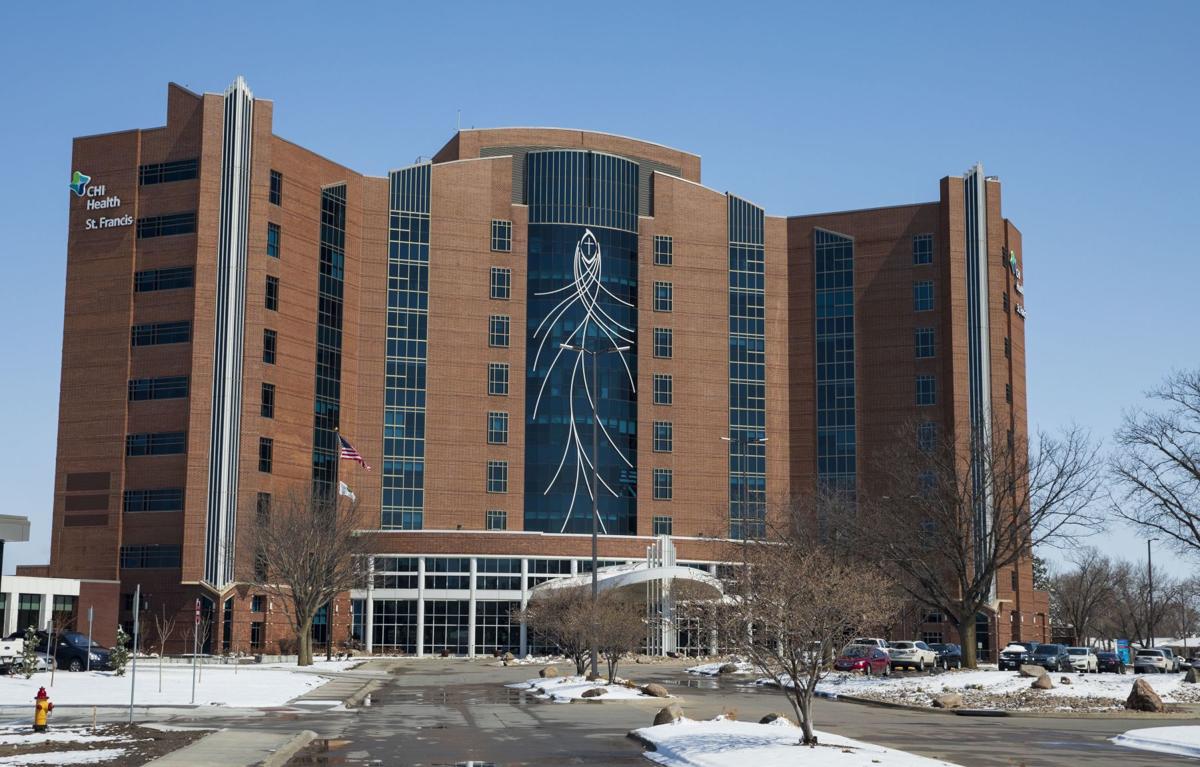 The majority of Grand Island's COVID-19 patients are sent to St. Francis Hospital. 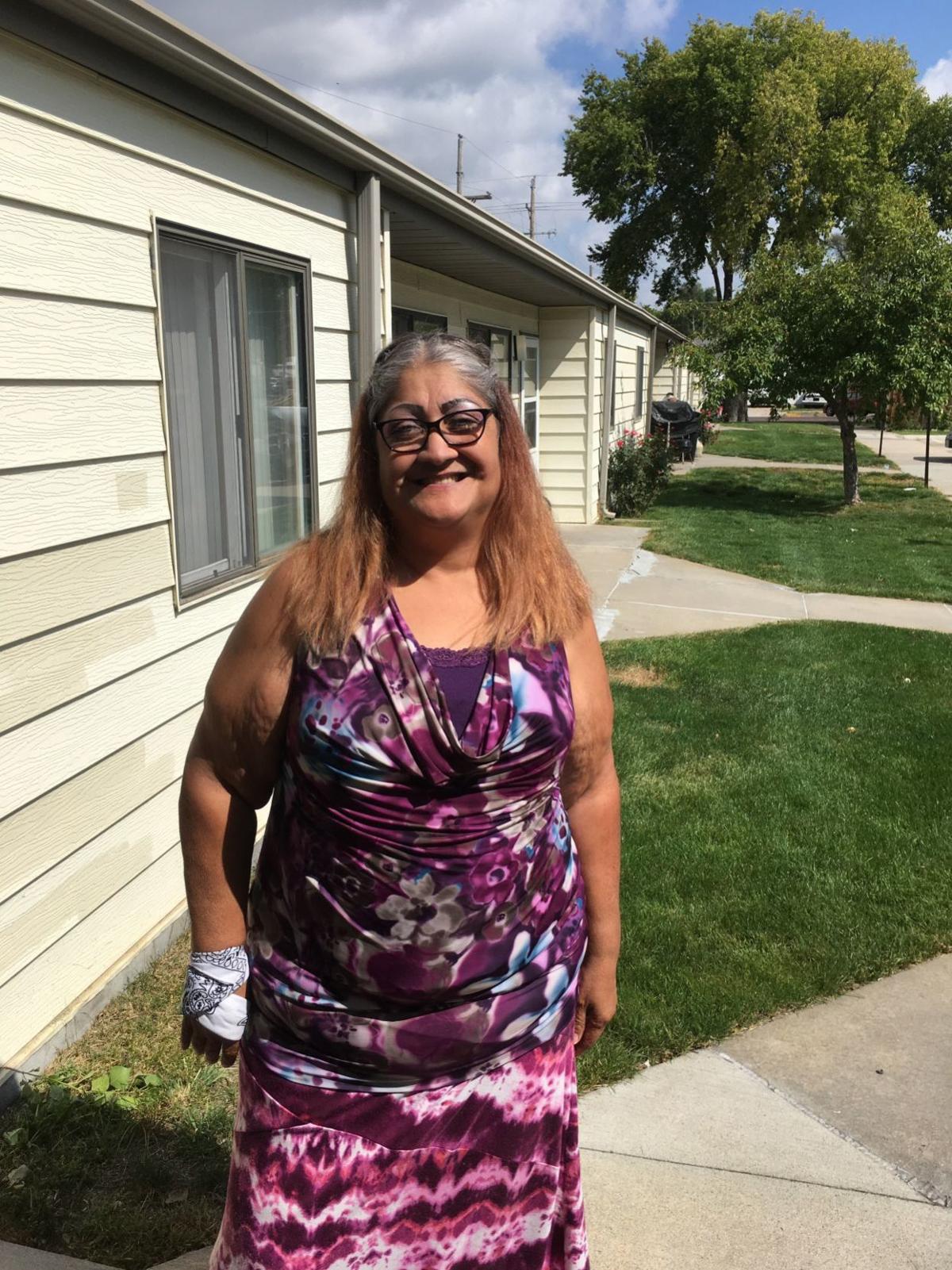 Pauline Sanchez of Grand Island survived COVID-19. She was treated at St. Francis with the experimental plasma and drug. The breast cancer survivor spent seven days in the hospital before being released.