Omaha making progress in lead contamination cleanup, but much work remains
0 comments
Share this
1 of 3 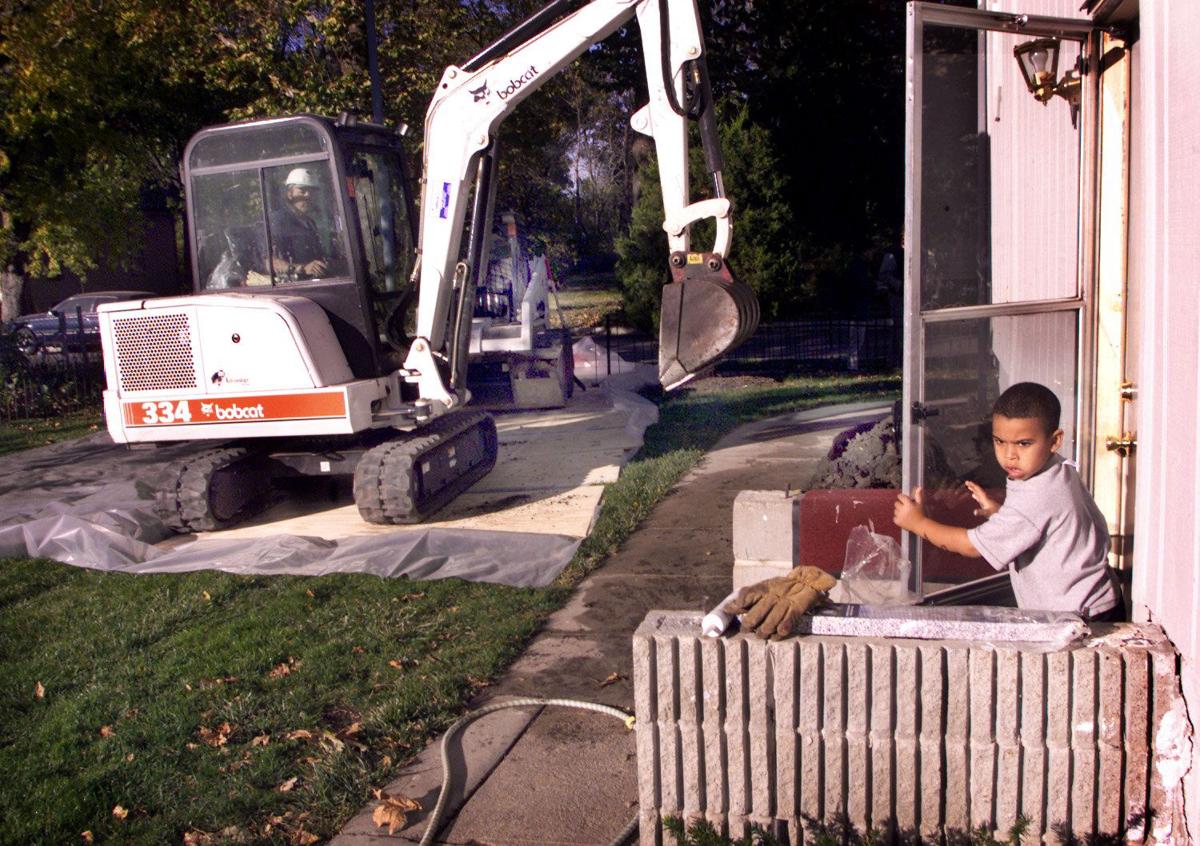 Zackary Joseph, 5, finds the EPA removing lead-contaminated soil from a yard on North 25th Avenue in 1999. 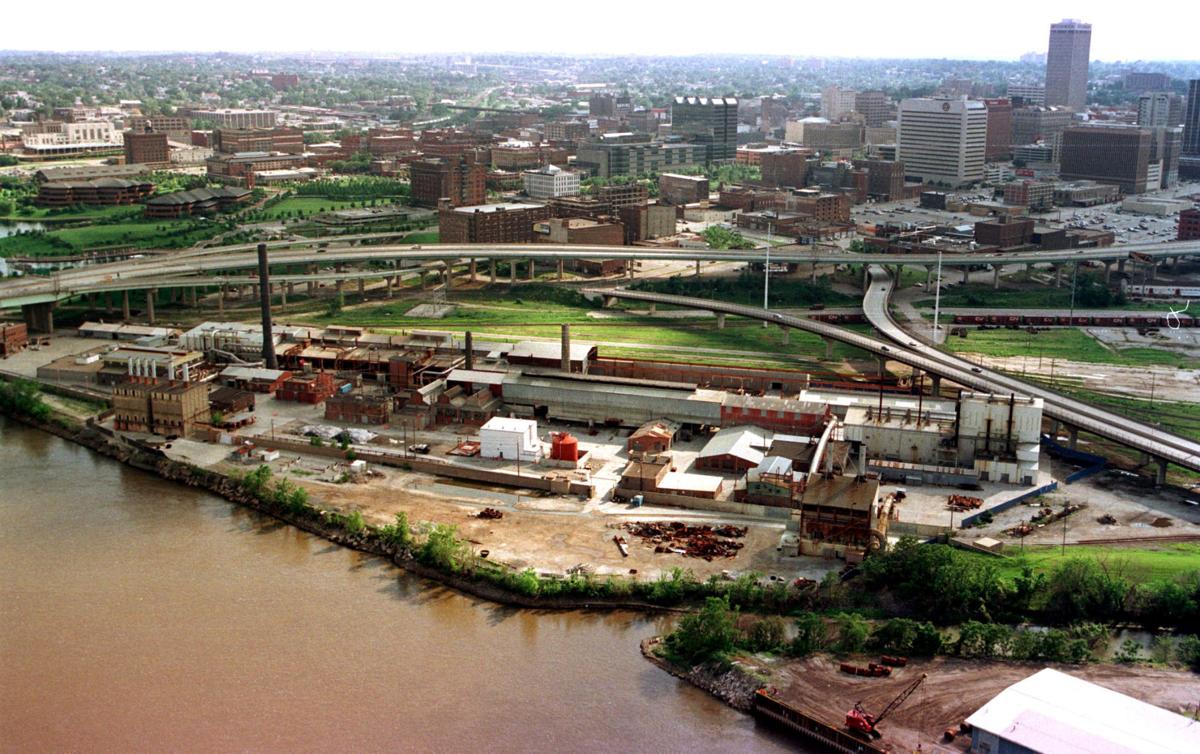 The former Asarco plant refined lead near the riverfront in Omaha until 1997. 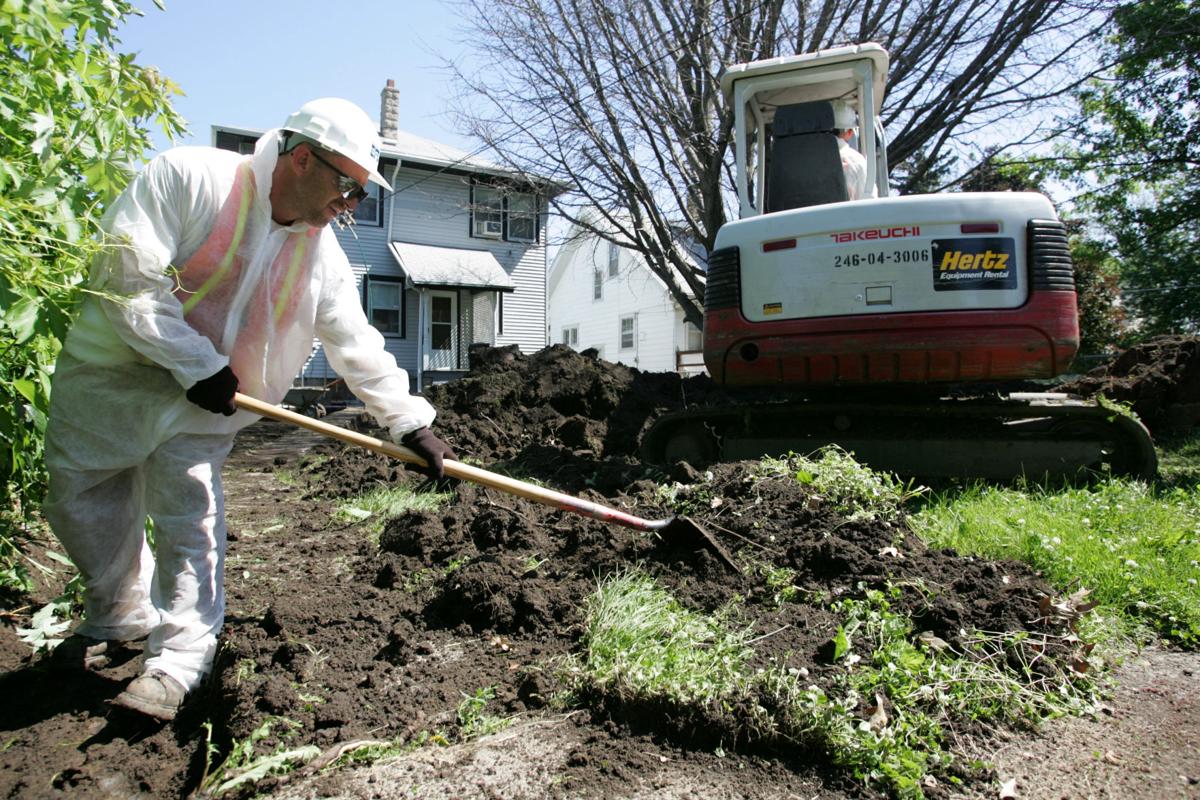 Randy Dennis of Environmental Restoration shovels contaminated dirt out of a yard on Ellison Avenue in June 2005.

After two decades of work, officials are closer to cleaning up lead-contaminated residential properties in the eastern half of the city.

That doesn’t mean Omaha will completely lose its federal Superfund designation soon, but hundreds of properties that lie within the site were removed last year.

Omaha got the Superfund label largely because of lead contamination from the Asarco lead-refining plant that operated along the riverfront until 1997.

The vast majority of those have been addressed, leaving 975 of the high-level properties to go.

Those include properties that are in the process of being cleaned and those where the city is seeking permission from the property owner to address the soil.

It can be difficult to contact out-of-town property owners or convince people, such as residents who don’t have children, to consider disturbing their yards.

But it’s beneficial for people to get their soil checked for high amounts of lead and, if needed, removed and replaced, said lead program director Steve Zivny.

Not checking can pose a risk to public health and can affect property owners who eventually want to sell, he said. Lead poisoning is particularly unsafe for kids under age 6.

“Just because elderly people live there now, it doesn’t mean someone with young children won’t live there in the future,” Zivny said.

The number of properties left to go can change. Commercial properties haven’t been tested, for instance. So if a property changes from commercial to residential, it would need to be tested, said Bill Lukash, provisional assistant director for the city’s Planning Department.

“Cleanup is still going on,” said Lukash, who co-manages the city’s cooperative agreement with the Environmental Protection Agency, “but a lot are done.”

The City of Omaha took over cleanup duties from the federal agency under a cooperative agreement in 2015 to finish the remaining properties. The city sampled several hundred properties and cleaned about 60 last year, Zivny said.

Mayor Jean Stothert said the city has made great progress.

“I do think it’s important that we keep up with what we’re doing, because obviously it is a public health priority,” she said. “It’s about the safety of our children and families and it’s about safe and healthy housing.”

The cleanup involves removing up to a foot of soil, replacing it and laying sod. The EPA pays for the work.

Using funding from the EPA, the city has spent about $3.2 million on staff time, soil testing and cleanup, and stabilizing lead-based paint on exterior surfaces of homes where the soil was contaminated.

The EPA money has also paid for outreach and education by the Omaha Healthy Kids Alliance, a nonprofit that works to protect children.

Once a property is addressed it’s eligible to be removed from the Superfund site. Twice in the past five years the EPA has announced that it would remove batches of properties from the list in what it calls a “partial deletion.”

That most recently happened last year, when the agency announced that 294 properties would no longer be considered part of the site.

The properties are inside a 27-square-mile focus area that’s roughly bounded by Read Street on the north, 56th Street on the west, Harrison Street on the south and the riverfront on the east.

They include “high child impact properties areas” where children have a high risk of being exposed to unsafe levels of lead.

Children who suffer from lead poisoning usually don’t look or act ill. But it can cause behavioral problems and learning disabilities, among other problems.

The percentage of children in eastern Omaha with elevated blood-lead levels dropped from nearly 33 percent before 1998 to less than 2 percent in 2015, according to the EPA.

The Douglas County Health Department is involved with helping to reduce lead poisoning in children. It has an agreement with the EPA that helps pay for it to compile data about blood-lead levels in children and assess cleanup efforts.

The process of removing properties from the Superfund site involves a review by state and federal agencies and a chance for the public to weigh in.

An EPA representative called the delisting of nearly 300 properties in Omaha “another positive step toward completing the project.”

But Omaha is still not close to shedding its Superfund designation entirely. For that to happen, all properties in the focus area would have to be tested and, if contaminated, be cleaned up.

The EPA will continue to pursue deleting batches of Omaha properties from the Superfund list, the representative for the agency said. About 11 percent have been removed so far.

“However, there are still many properties that have yet to be tested and remediated,” she said. “We encourage all (owners of) properties that lie within the boundaries of the Omaha Lead Site to have their site tested.”

Through the agreement with the EPA, the city operates the Lead Information Office. Owners, buyers, sellers and tenants can call the office at 402-731-3045 if they are looking for property-specific information. People can also search the Omaha Lead Registry database at omahalead.org.

The temporary suspension of various state licensing requirements for a number of health professions is meant to address health care workforce pressures in Nebraska.

Joseph Wiese dropped nearly 150 pounds and cut out alcohol, coffee and carbohydrates after being diagnosed with Type 2 diabetes a little over a year ago.

Human antibodies produced by a herd of dairy cattle are being tested as a potential treatment for non-hospitalized patients with mild to moderate COVID. ​

The Nebraska Attorney General's Office said it won't take disciplinary action against doctors who prescribe controversial drugs to prevent or treat COVID as long as they get patients' informed consent.

Rapid COVID tests deliver results in as little as 15 minutes, but some note that the tests are most accurate in people who have symptoms and less so in those who don't.

There's no reliable way for someone to know whether a prior COVID infection will provide protection, particularly in the face of the delta variant, UNMC experts say.

Zackary Joseph, 5, finds the EPA removing lead-contaminated soil from a yard on North 25th Avenue in 1999.

The former Asarco plant refined lead near the riverfront in Omaha until 1997.

Randy Dennis of Environmental Restoration shovels contaminated dirt out of a yard on Ellison Avenue in June 2005. 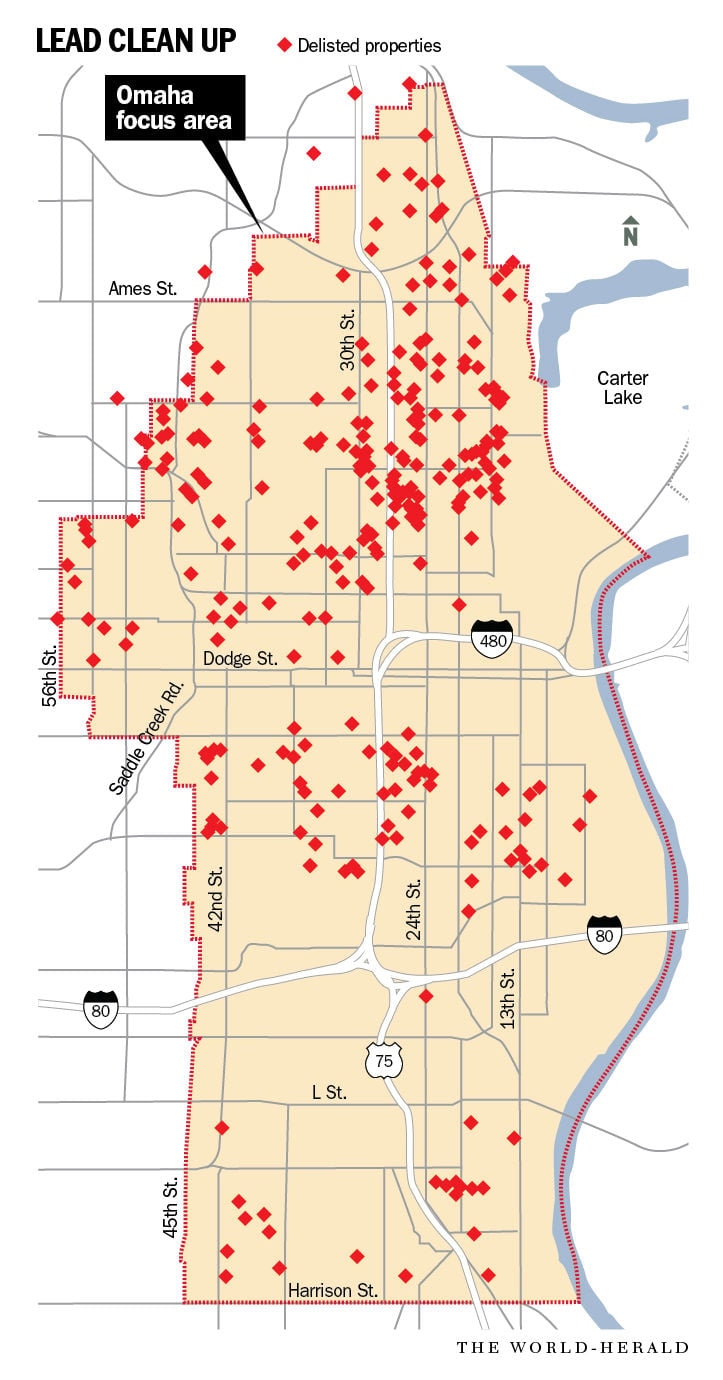