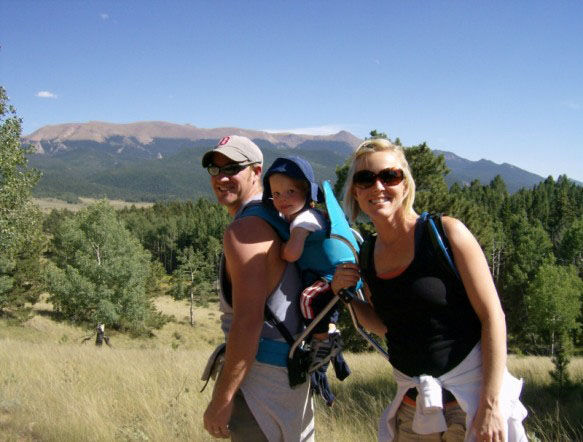 The Bohnenkamps, here with their son, Clay, met in 1993 while freshmen at the University of Nebraska at Kearney. They loved the outdoors so their dates often were an activity like a bike ride or hike. 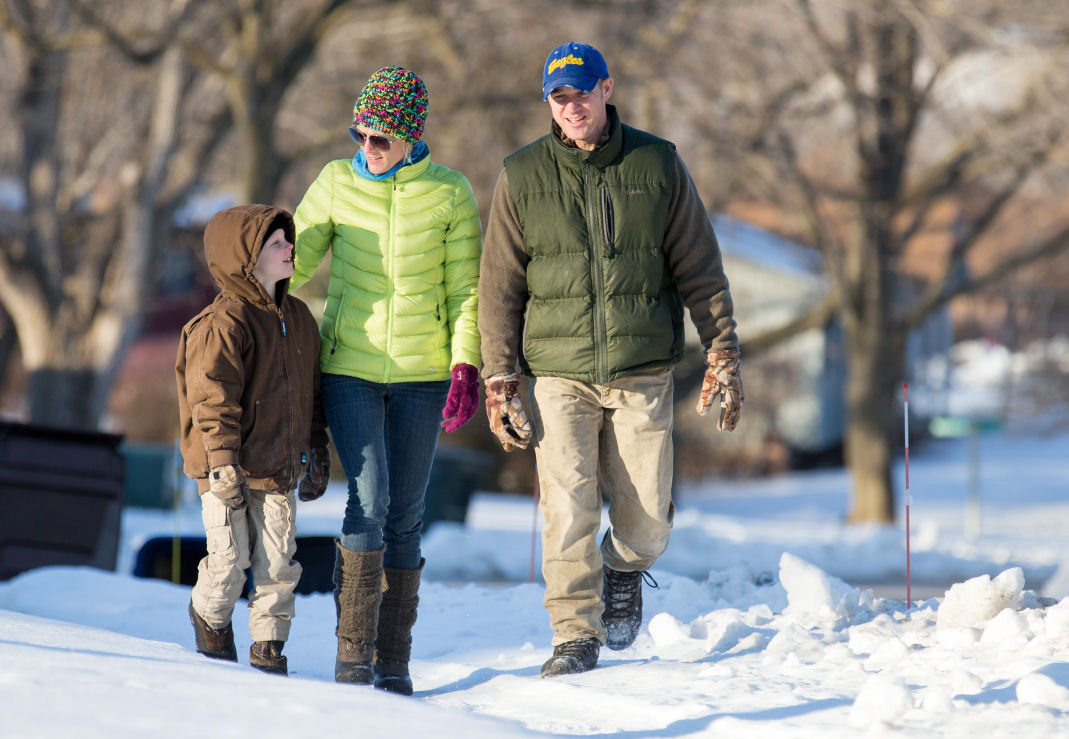 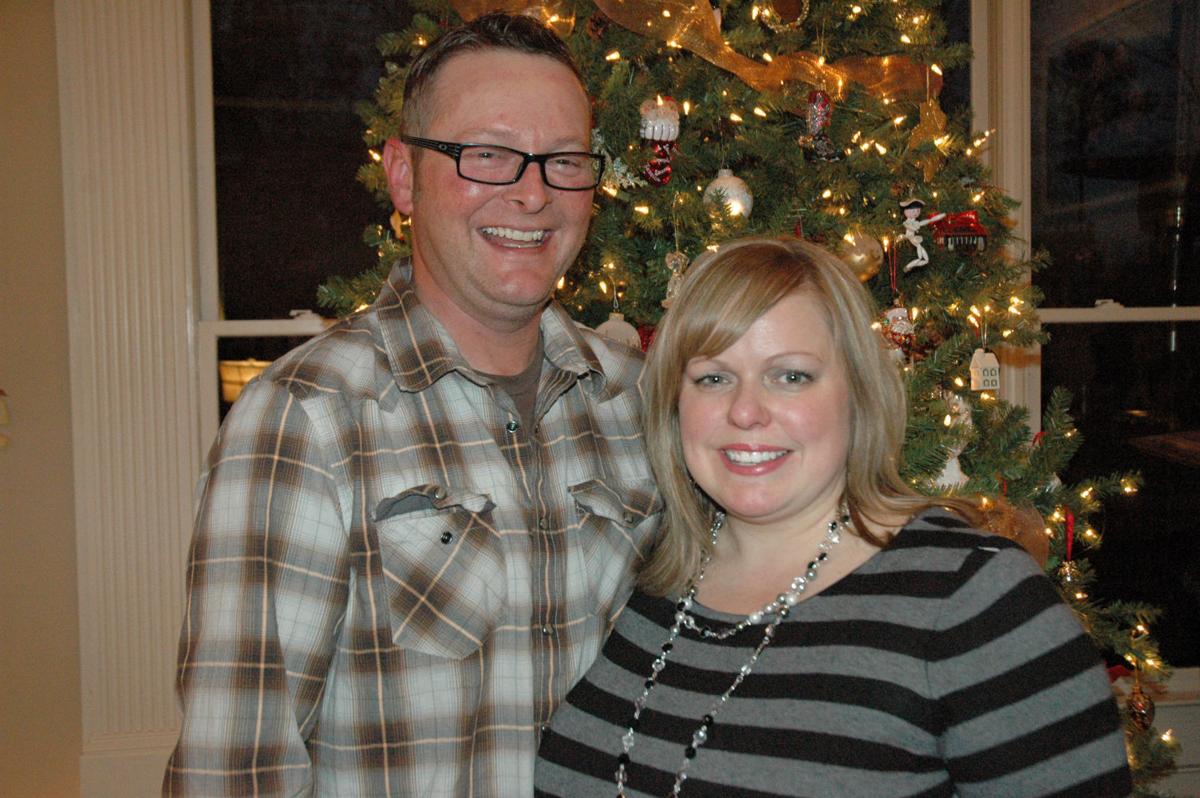 Micaela and Casey Hopkins of Omaha will spend part of their Valentine’s Day creating a piece of art together through Team Paint.

The Bohnenkamps, here with their son, Clay, met in 1993 while freshmen at the University of Nebraska at Kearney. They loved the outdoors so their dates often were an activity like a bike ride or hike.

Micaela and Casey Hopkins of Omaha will spend part of their Valentine’s Day creating a piece of art together through Team Paint.

Sadie and Matt Bohnenkamp remember how it crept into their marriage.

Busy with careers, the Omaha couple began feeling disconnected and knew their relationship needed help. Now, six years after completing a marriage renewal weekend — plus many hours and days working on their relationship — their marriage is on a strong track and they help other couples.

Any couple can face struggles, but there are plenty of options for strengthening a relationship, whether it’s making a good one better or turning around one in crisis. On this day when love is celebrated, some couples might feel more like seeking help.

Maybe a couple just need a little spark, like a date night painting pictures together and sipping wine. Another couple might benefit from a weekend program with follow-up sessions to refresh their relationship and another might need intensive counseling to repair a damaged marriage.

Good communication is the key to a healthy marriage, counselors say, and improving that give-and-take often is the goal of efforts to strengthen a relationship, whether it requires a tweak or a rebuilding.

“After a certain point, couples can put themselves on autopilot and assume everything is fine,” said Karen Bermel, a community counselor with CHI Health. “(But) relationships take time, effort and work.”

While some relationships are in serious trouble, she said, many others are strong and just need some fine-tuning.

The Bohnenkamps met in 1993 while freshmen at the University of Nebraska at Kearney. They loved the outdoors so their dates often were an activity like a bike ride or hike.

They kept that up after they married in 1999, going camping, playing tennis or tackling home projects together like building a deck or painting a room. Conversations flowed naturally as they pounded nails or dipped paint brushes.

The couple had a son in 2006 and began putting more energy into their careers, with Sadie working nights and weekends as a real estate agent and Matt as a mapping specialist for a local conservation agency.

The activities they enjoyed as a couple began getting edged out by work schedules and household duties.

Sadie resisted letting Matt help with home and kid chores because it gave her a sense of control. He thought she seemed cranky and distant. They’d argue over finances and other things.

Matt escaped by going hunting or fishing, and Sadie dug deeper into her career.

“We ended up coexisting in the house,’’ Sadie said.

Matt’s parents suggested that they talk with a priest, who referred them to an international program called Retrouvaille, a French word meaning rediscovery. The program, which has roots in the Catholic Church but draws people from a variety of faiths or none, involves a weekend session plus a series of follow-up gatherings aimed at improving communication between spouses.

Some couples are facing significant problems and even considering separation or divorce, while others want to improve a good marriage.

For the Bohnenkamps, a breakthrough came when Sadie told Matt his tone of voice and body language sent her a constant message that he was judging her. Her words stunned Matt, who had no idea he was doing that. He apologized, and Sadie did the same about her unwillingness to let Matt help and support her around the house and with raising their child like he always wanted to. Then the healing began.

“It takes time when there are deep scars,’’ Matt said.

Weekend programs with follow-up sessions are a common way for couples to get a marriage back on track.

Bermel said she sometimes works with couples or spouses considering divorce or separation.

Infidelity or abuse can lead to a marriage crisis, but Bermel said couples often simply say they are drifting apart.

The problem, she said, can be rooted in one spouse or both sensing they aren’t “listened to, cherished or respected.”

Some examples: When one spouse shares a problem about the kids and the other just stares at the TV; a spouse struggling with a weight problem hears only sarcastic comments from the other about eating too much; one spouse belittles the other for earning less money.

When such comments become ongoing, resentment and anger arise and the emotions are often buried. Bermel helps couples draw those emotions to the surface so they can be addressed, allowing for reconciliation to begin.

“That will carry the relationship into the future,’’ she said.

Bermel said that sexuality in marriage, including the frequency of sex, can be another source of conflict.

Julie Sibert of Omaha blogs and gives talks about sexual intimacy in marriage. She writes from her perspective as a wife, not from any special training, and often refers couples to professional counselors.

Please subscribe to keep reading. You can cancel at any time.
Already a subscriber?
Log in or Activate your account.
Loading&hellp
No thanks, return to homepage.

“Couples don’t go into marriage knowing how to talk about sexual intimacy,” she said.

A key theme of her blog is that sex is an important part of a marriage and that couples should talk about it just like they discuss finances or the kids. She’s hosting a local event next month for engaged or newly married women that she says will provide a biblical framework to see sex in a positive way.

At Omaha’s Christ Community Church, small group meetings are a way for couples to make a good marriage better. Marc Montanye, a pastor and director of renewal ministry, said couples offer advice and serve as sounding boards for each other.

Maybe a couple who disagree over how to divide household duties get advice from couples who have figured out a good system. A couple arguing over whether to let a teenager buy a car get guidance from other moms and dads who have dealt with the same question.

Couples who want to improve a good marriage also receive help from pastors.

Montanye worked with one couple in which the wife was feeling disrespected by a son. Through conversations with Montanye, the couple realized the son was taking cues from his father’s sometimes rude attitude toward the mother. After three or four talks with Montanye the couple solved the problem.

Bermel said that in marriages that are already going strong, couples can benefit from something that provides a little sparkle, like a fun date night. It can be as simple as trying out a new recipe together or giving each other a massage. Sometimes an outing provides a boost.

Micaela and Casey Hopkins of Omaha will spend part of their Valentine’s Day creating a piece of art together through Team Paint. The local business usually offers corporate groups a chance to paint canvasses together to build teamwork and encourage creativity. Today is the first event for couples, who will sip Champagne and nibble gourmet appetizers.

The Hopkinses have been married three years and try to make time for dates, often checking out new restaurants near their midtown Omaha home. It’s just a chance to talk about their day and trips they want to take, and share other parts of their lives.

Neither is much of an artist, so painting a picture together seemed like a fun and challenging experience to share.

“It’s definitely an opportunity for an interesting conversation,’’ Micaela said. “We might discover we have a hidden talent.”

For the outdoors-loving Bohnenkamps, Valentine’s Day this year will be celebrated with an experience that’s just right for them: swooshing together down a nearby ski slope.

» Retrouvaille: For couples with marital problems including those considering separation or divorce. Info: helpourmarriage.com

» Worldwide Marriage Encounter: For couples who want to make their good marriage even better. Info: wwme.org

Pursuit of Passion: Building Great Sex in Your Marriage

What: Presentation and small group discussions for engaged or newly married women aimed at providing a biblical framework to see sex in a positive way. Registration is required prior to the event at pursuitofpassionevent.com.

They married in April 1941. Nearly 75 years later they've moved across country and back again (twice), raised three sons and nurtured a relationship that's stood the test of time.