'Nebraska is proud of you': Event sends off Air National Guard unit
0 comments
Share this
Return to homepage × 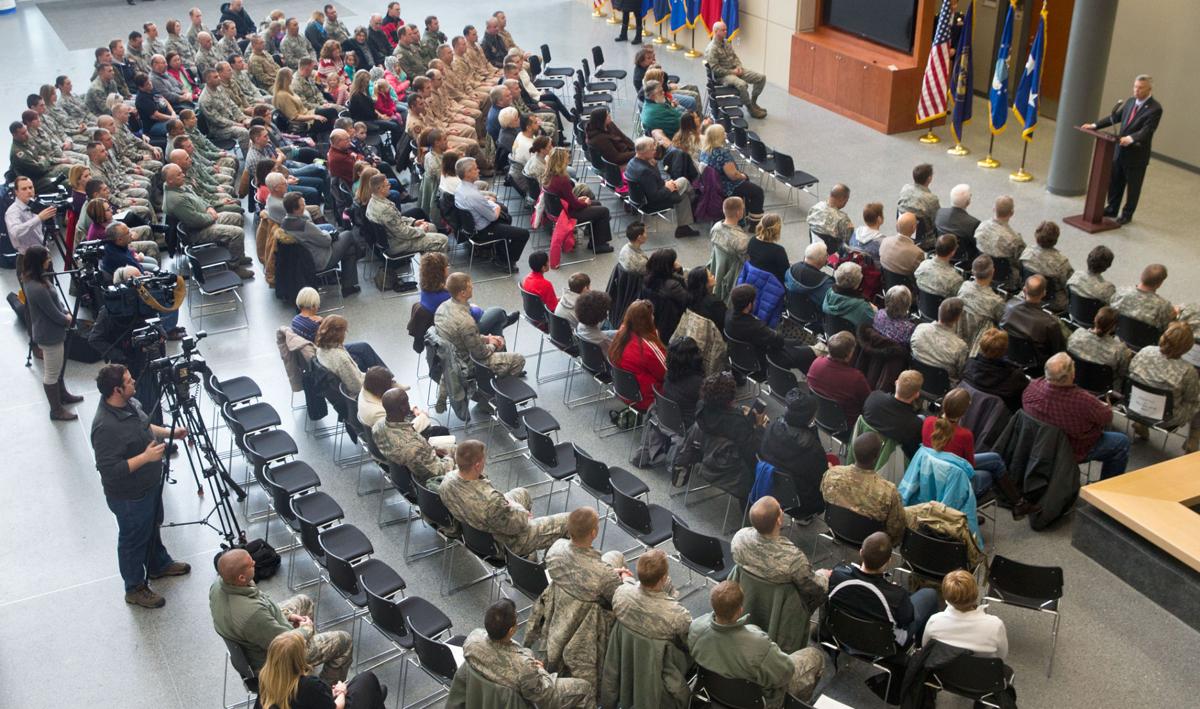 Nebraska Gov. Dave Heineman speaks at a deployment ceremony for members of the 155th Air Refueling Wing at the Nebraska National Guard base in Lincoln on Monday. 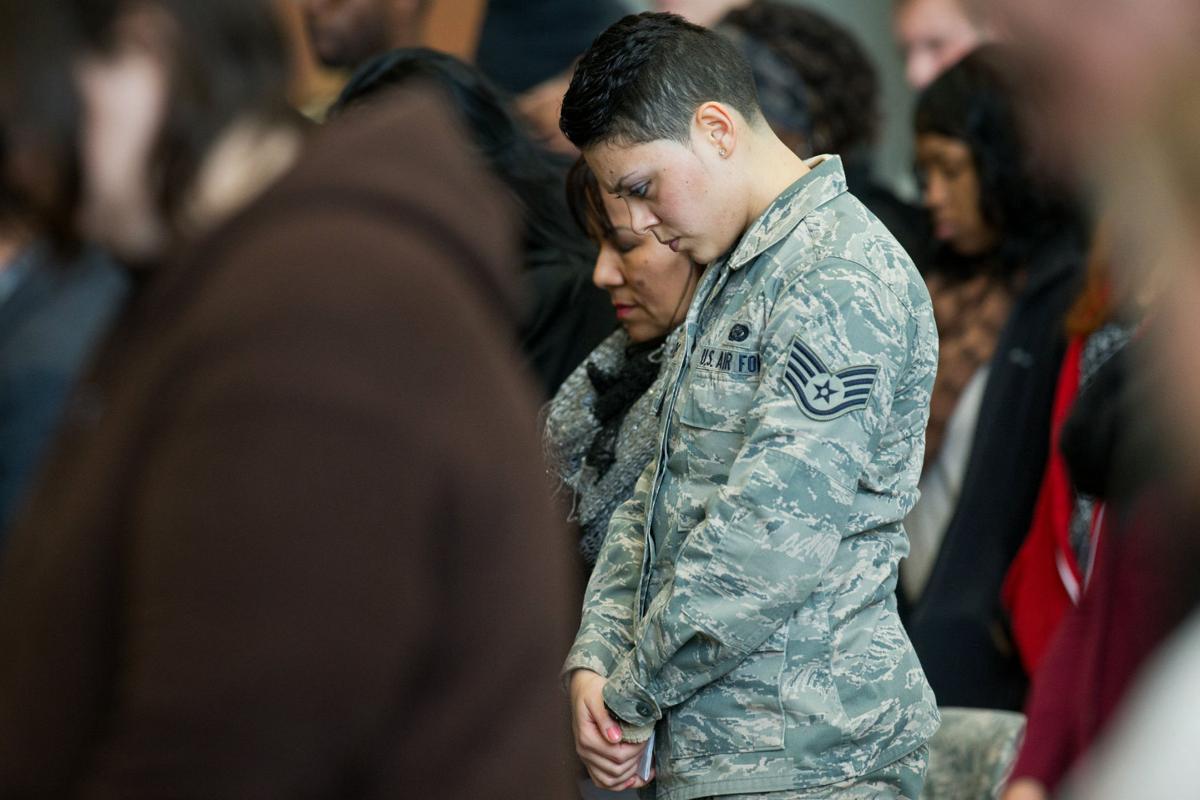 Staff Sgt. Naomi Sanders, from Omaha, bows her head during the benediction at the end of a deployment ceremony for members of the 155th Air Refueling Wing on Monday. 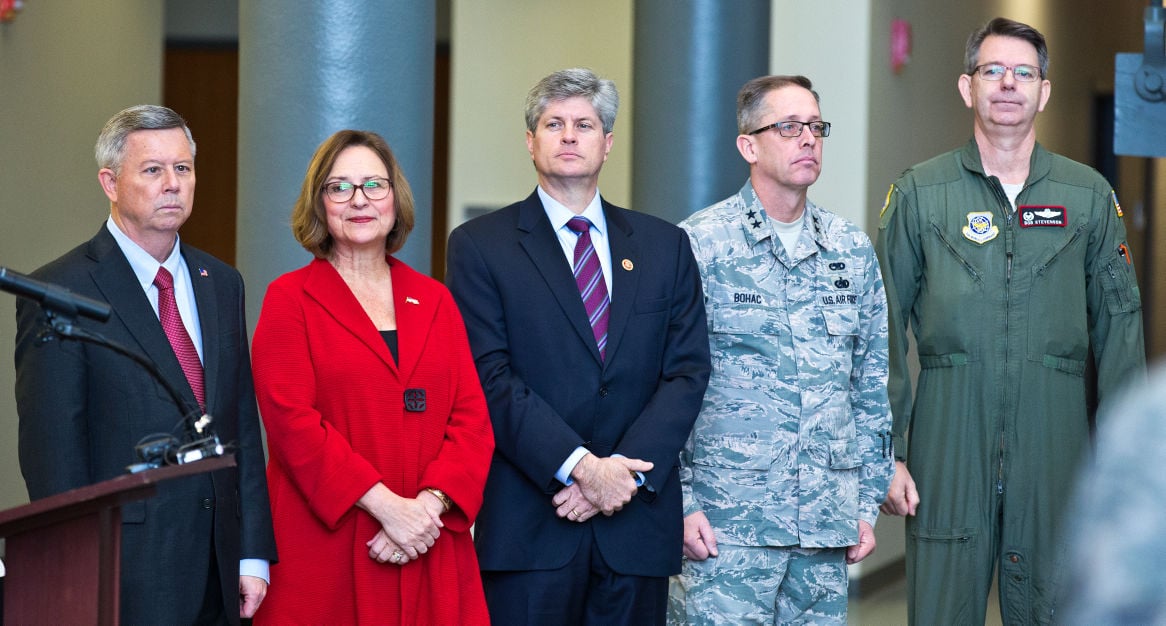 The wars in Iraq and now Afghanistan are officially over, but Nebraskans still are deploying in support of the ongoing missions in the region.

State military and political leaders joined family members to bid farewell to 50 airmen from the Nebraska Air National Guard’s 155th Air Refueling Wing. They will deploy this week to several locations in the Middle East.

“At a day we’re celebrating the end of operations in Iraq and Afghanistan — nonetheless, there’s still work to be done,” said U.S. Rep. Jeff Fortenberry, a Republican who represents Nebraska’s 1st District. “I’m proud of you, Nebraska is proud of you, the rest of America is proud of you.”

The airmen are based in Lincoln and are members of the 155th Security Forces Squadron, the 155th Force Support Squadron and the 155th Civil Engineer Squadron. They will be deployed for six months. Several airmen from the 155th Operations Group will deploy for one month.

NATO officially shut down its 13-year-old Afghanistan combat mission in a ceremony Sunday.

But a new mission, called Resolute Support, is taking its place to advise, train and support the Afghan army during the civil war in that country. The new operation will be composed of about 17,500 troops from 28 countries, including about 11,000 U.S. troops.

The specific countries where the Nebraska Guard members will be deployed weren’t disclosed, though a Guard spokesman, Maj. Kevin Hynes, said they are primarily in the Persian Gulf region.

Sen. Deb Fischer noted that some of the air crews will be refueling aircraft that are fighting Islamic State militants in Iraq and Syria.

“You’re going to be stepping into operations that continue to be dangerous,” Fischer said. “We are a nation at war, and that war continues.”

“I’ve got a family this time, so it’s a little more stressful,” said Marrs, who was holding his 3-year-old daughter, Brook. “But since I do have some deployments under my belt, I can help the guys who haven’t done it before.”

It’ll be the first deployment for Airman 1st Class William Deardorff, 20, of Omaha. He said his absence will be a little tough for his parents.

“They’re kind of sad about it,” he said. “I feel kind of honored that I can go over and serve my country.”

Airman 1st Class Michael Patterson, 22, of Omaha plans to spend his last few evenings with his family before his unit flies to the Middle East this week.

“It’s going to be cool, interesting,” he said. “It’s scary, because it’s the first deployment for me.”

His job will be to provide security on a military base in the Persian Gulf. It’s a step toward his goal of becoming an officer with the Omaha Police Department.

It’s the first time, though, that any member of his family has gone on a military deployment since Patterson’s grandfather served in World War II.

“He’s our baby, he’s the youngest of five,” said his mother, Susan Patterson of Omaha. “We’re very proud of his commitment and dedication.”

“He’s going into an unfriendly place, in general,” added his father, Jeff Patterson. “We’re trusting in God for his provision.”

“As you take your term manning the bulwarks of freedom, know that I, as your commander, couldn’t be prouder,” Stevenson said. “Be smart, be safe, take care of each other — and the mission.”

Nebraska Gov. Dave Heineman speaks at a deployment ceremony for members of the 155th Air Refueling Wing at the Nebraska National Guard base in Lincoln on Monday.

Staff Sgt. Naomi Sanders, from Omaha, bows her head during the benediction at the end of a deployment ceremony for members of the 155th Air Refueling Wing on Monday. 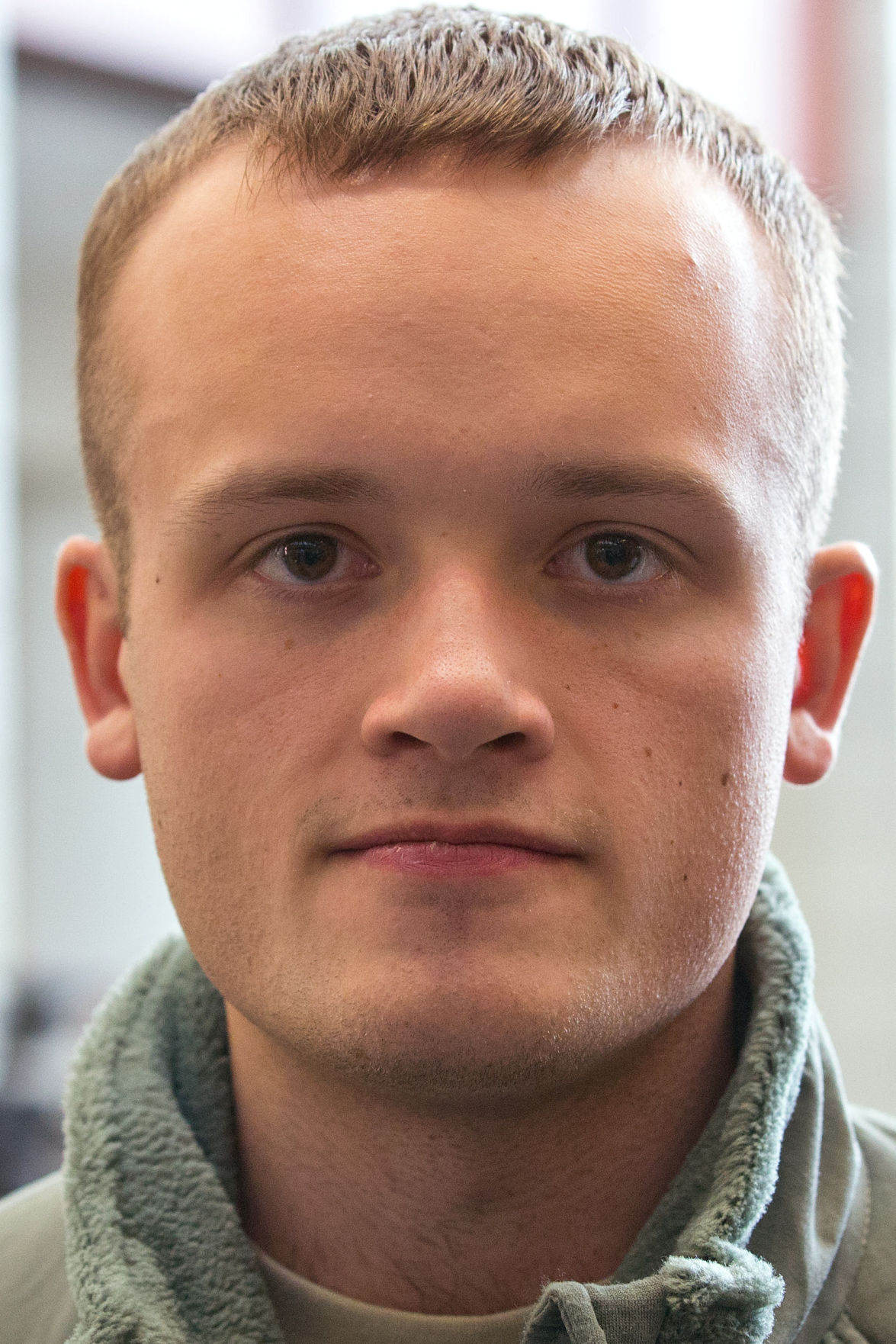 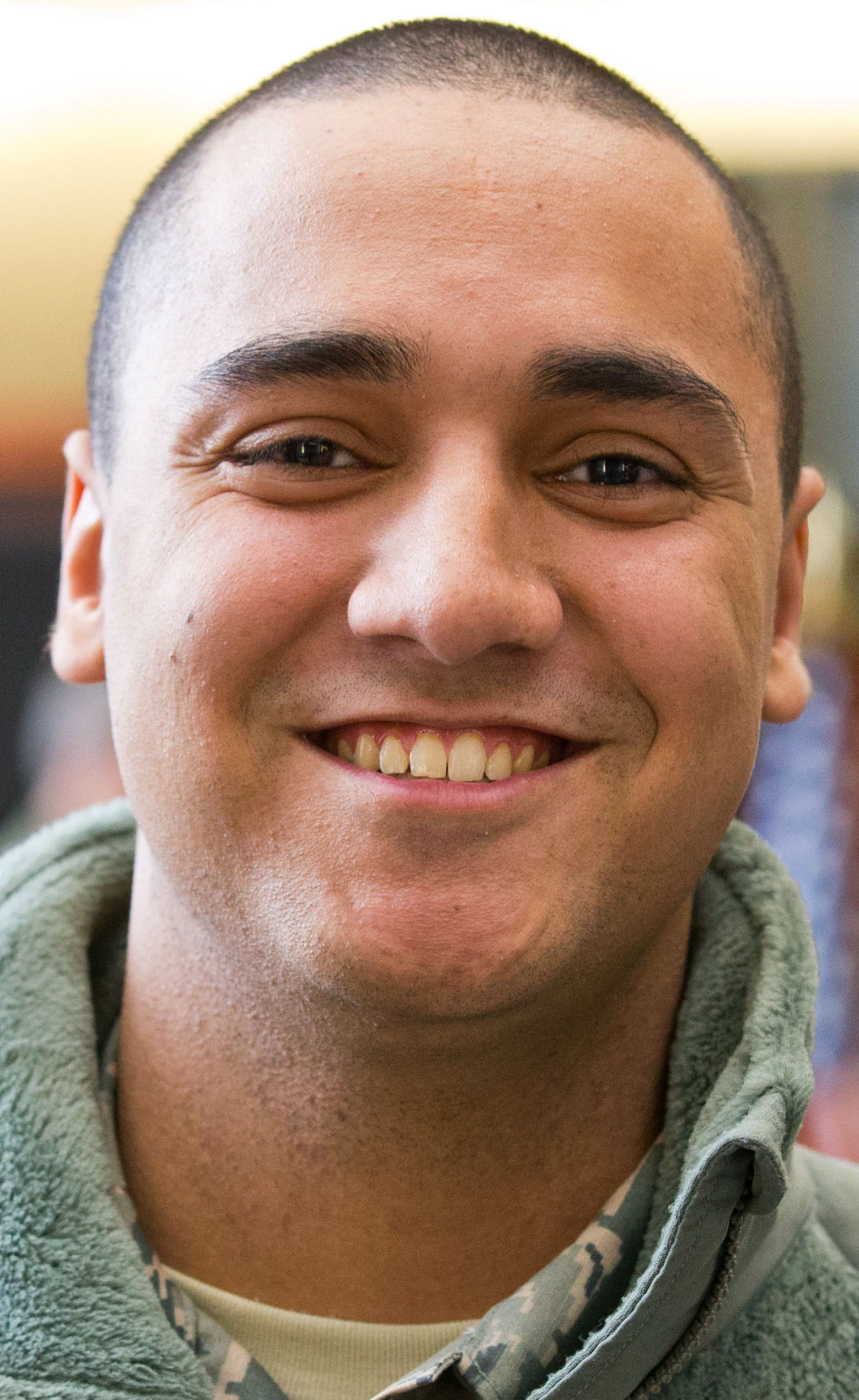