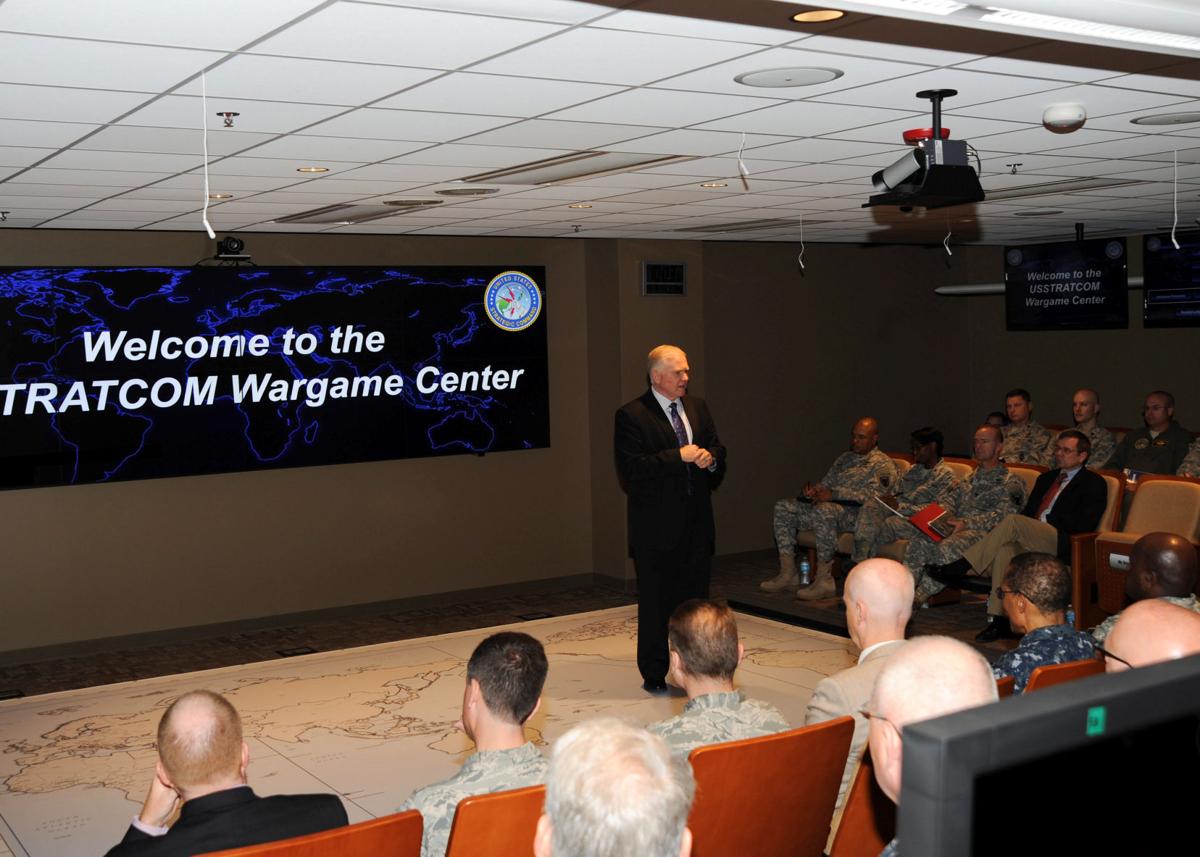 Jerry Gandy, director of mission assessment and analysis for U.S. Strategic Command, stands on a map of the world at last year's grand opening of StratCom's new Wargame Center. 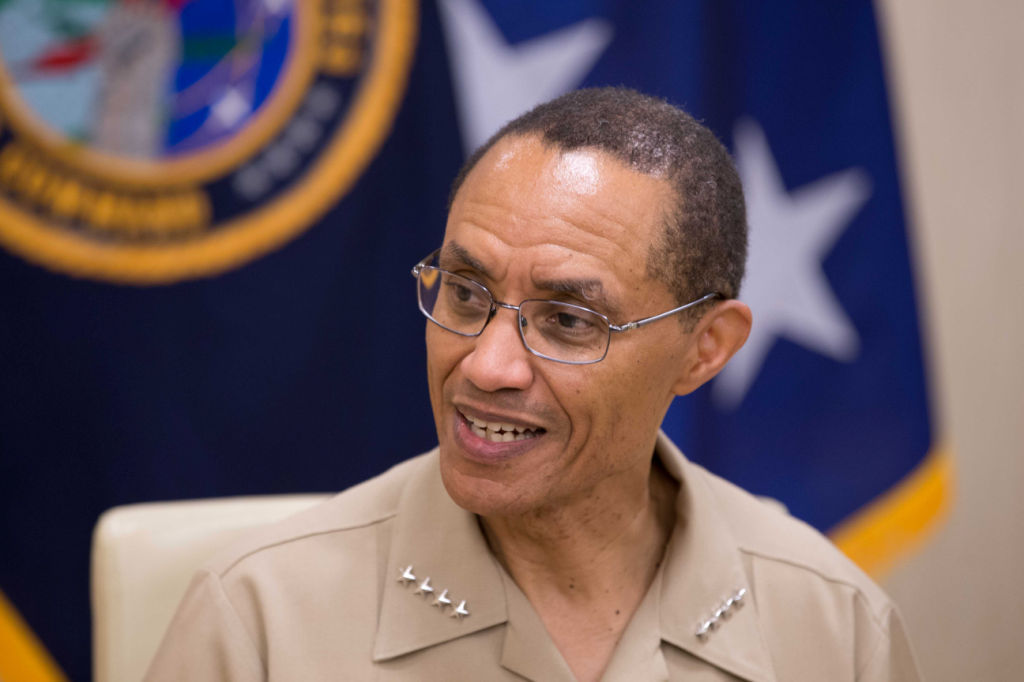 When Adm. Cecil Haney and his U.S. Strategic Command staff want to play war games, they’ve got a cool place to do it.

A few stories above StratCom’s command bunker at Offutt Air Force Base sits the Wargame Center, built last year. It features a massive video screen, about 50 theater-style seats, a giant map of the world on the floor, and a quote on the wall from the ancient Chinese general and philosopher Sun Tzu.

StratCom is responsible for anticipating and heading off large-scale threats to the United States and its allies. Playing war games is serious business.

“We look at some of the implausible and, in some cases, unthinkable scenarios,” said Haney, who has commanded StratCom for nearly two years. “It’s not just wargaming for wargaming’s sake.”

The Wargame Center was part of a half-day media tour of StratCom’s headquarters. Reporters visited the existing Global Operations Center 60 feet below ground level and toured the new $1.2 billion Command and Control building under construction across the street.

Until the center opened, he said, StratCom commanders had to go elsewhere for such war games, or forgo high-tech video graphics.

“This allows us to up our game in terms of complexity and visualization,” Haney said.

Below the new war games facility the old command bunker has been repeatedly remodeled from its 1950s appearance. It no longer looks like the Hollywood portrayal of a cavernous Cold War-era command center in movies like “Dr. Strangelove,” “Fail Safe” and “WarGames.”

Since the last update in 2005, video screens line the walls, and clusters of computer stations — 100 in all — are crammed into the room at odd angles.

The 14,000-square-foot center is sealed in concrete and steel designed to withstand a nuclear blast and protect against an electronics-destroying electromagnetic pulse, said Col. Rob Vercher, StratCom’s deputy director for current operations.

The center is staffed constantly, tasked with detecting missile launches and attacks on or threats against the government’s network of space satellites. It is the hub and headquarters of the StratCom commander in a time of national peril.

“We make sure he has all the information he needs to get his job done,” Vercher said.

Everyone at StratCom, though, is looking forward to moving into the new Command and Control building across the street.

The existing building was designed before the computer age and can barely cope with the massive amount of electronics StratCom now uses, said Steve Callicutt, StratCom’s director of capability and resource integration.

Air conditioning must be run even in the middle of winter to keep computers operating,

“We don’t have enough air conditioning capacity in the building,” he said. “Upstairs you’re freezing, and downstairs you’re burning up.”

The new building has 10 cooling towers and five standby generators. Crawl space under the floors leaves up to 3 feet to run wiring.

“This building was engineered for computers,” Callicutt said.

In recent months, windows and a facade have been added to the building and wiring is about to begin, he said. The building is expected to open in 2018.

Jerry Gandy, director of mission assessment and analysis for U.S. Strategic Command, stands on a map of the world at last year's grand opening of StratCom's new Wargame Center.