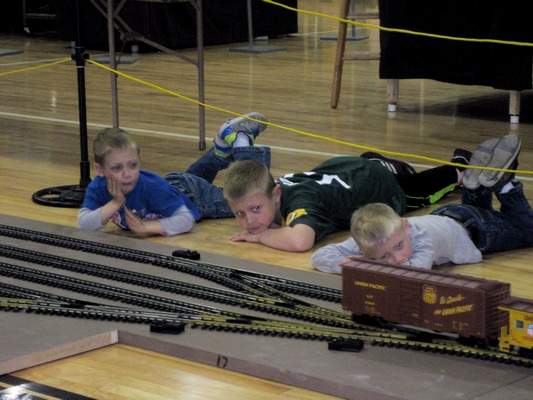 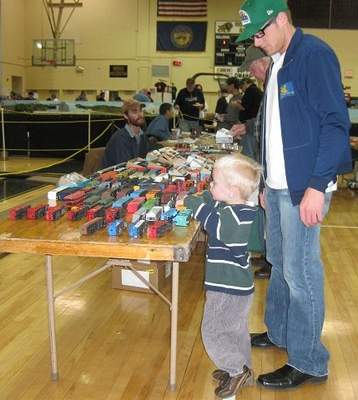 Editor’s Note: This story was originally published on Omaha.com

Model trains of all sizes and conductors of all ages came together Saturday at an Omaha show that offers the chance to win a train set.

This year’s focus is on children, said Scott Crites, one of the organizers. “It’s becoming kind of a gray hobby,” Crites said. “We try to make sure the hobby continues.”

Crites got started with model trains as a child. He lost touch with the hobby until his son got a model train for Christmas.

“It just rekindled it,” Crites said.

Thirteen model train sets are being raffled off during the show, sponsored by the National Model Railroad Association’s Western Heritage Division.

Lynn Bernard of Sioux City, Iowa, brought her son, Trey, 7, who started out with an interest in Thomas the Tank Engine and has moved on to model trains.

“I think he’ll have a lifelong interest,” Bernard said. “He wants to be an engineer.”

Trey wasn’t the only Thomas fan. Henry Gerber, 3, attended the show with his dad, Bobby Richardson.

“He’s a huge fan of trains,” Richardson said. “He’s been amazed. He’s never seen some of the tunnels and extravagant makeups.”

Bob Roegge had two of his model trains on display. Roegge built his own displays, from the scenery to the trains. Each display, made mostly of cardboard, foam and cardstock, took about four months to complete.

“It’s fun. I just enjoy doing it,” Roegge said. “I do it more to interact with people than for any other purpose.”

Chris Faulk brought his three sons, Adam, 7, and Matthew and Luke, both 4.

“I think kids in general like trains,” Faulk said.