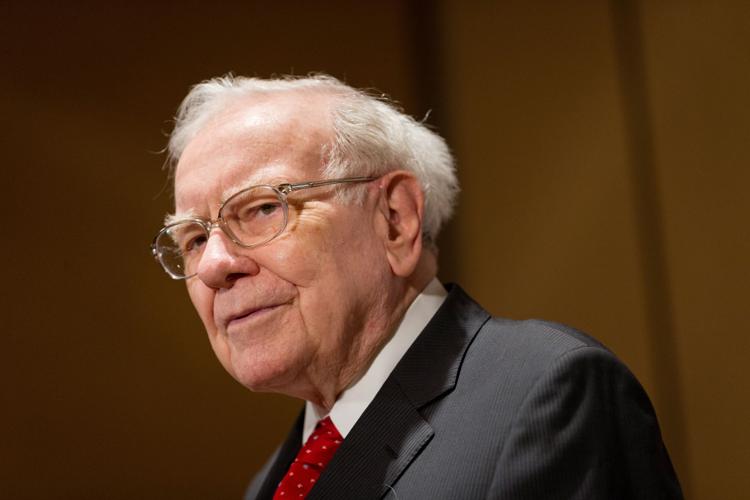 No, Warren Buffett didn’t buy a Greek island — not for 15 million euros or any other price.

Nor is the chairman and chief executive officer of Berkshire Hathaway even thinking about it.

“Until the reports started coming out, I had never heard of the guy who is making the claims about the Greek Island,” Buffett said in an email to The World-Herald on Tuesday. “It is a total fabrication.”

“He won’t even buy a new house,” his daughter, Susie Buffett, told The World-Herald.

News stories about Buffett and St. Thomas, an uninhabited island near Athens, began circulating Saturday in Europe and were picked up by websites. The stories said that he had bought the island with Alessandro Proto, an Italian real estate agent, and planned a development there.

On Monday morning, Buffett’s office said the story was not correct. This morning, Proto Group Ltd.’s office in London sent a press release, in response to a World-Herald query, which said:

“The American tycoon Warren [Buffett] and the Italian millionaire Alessandro Proto are thinking [of buying] the island of St. Thomas in the Gulf of Egina.

The acquisition would be concluded for a total price of 15 million euro.”

The release said Buffett and Proto would “do a real estate development on the island.”

After being alerted that Buffett’s office and his daughter said the story of the island purchase was false, Proto in another email Tuesday continued to maintain that Buffett would buy an island.

In the earlier press reports, Proto had touted Greece as being “very attractive for investment in the development of real estate,” calling such islands “the ultimate status symbol, evoking images of sunglass sporting shipping magnates sipping champagne on the deck of enormous yachts” and noting that they cost less than a ski chalet in Aspen, Colorado, or a high-class apartment in Manhattan.

Earlier reports said that American actor Johnny Depp had purchased a different Greek island, Stroggilo, for 4.2 million euros, or about $4.5 million, and that actors Brad Pitt and Angelina Jolie were interested in an island, too.

The Depp, Pitt and Jolie reports could not be verified.

The Omaha World-Herald Co. is owned by Berkshire Hathaway Inc.

Greece on Monday set a series of landmarks that it hopes will shore up its battered economy following months of crisis that threatened its place in the euro.

Warren Watch: More on Buffett and that Greek island

The falsehoods happen all the time. But combine Greece with Warren Buffett, as news accounts did last week, and the story gets picked up, continuing to grow until it needs some light of truth.

Archival photo puzzle – is that Warren Buffett's grandfather at the bottom of old Woodmen Building pic?

A museum volunteer was writing down the names of businesses that he saw in historic Omaha photos that could be useful for researchers when he came across a curious scene.

Have a question for Steve Jordon about the Oracle of Omaha? Submit your questions now, then join Steve at 11:30 a.m. on Tuesday to discuss the latest news about Warren Buffett.