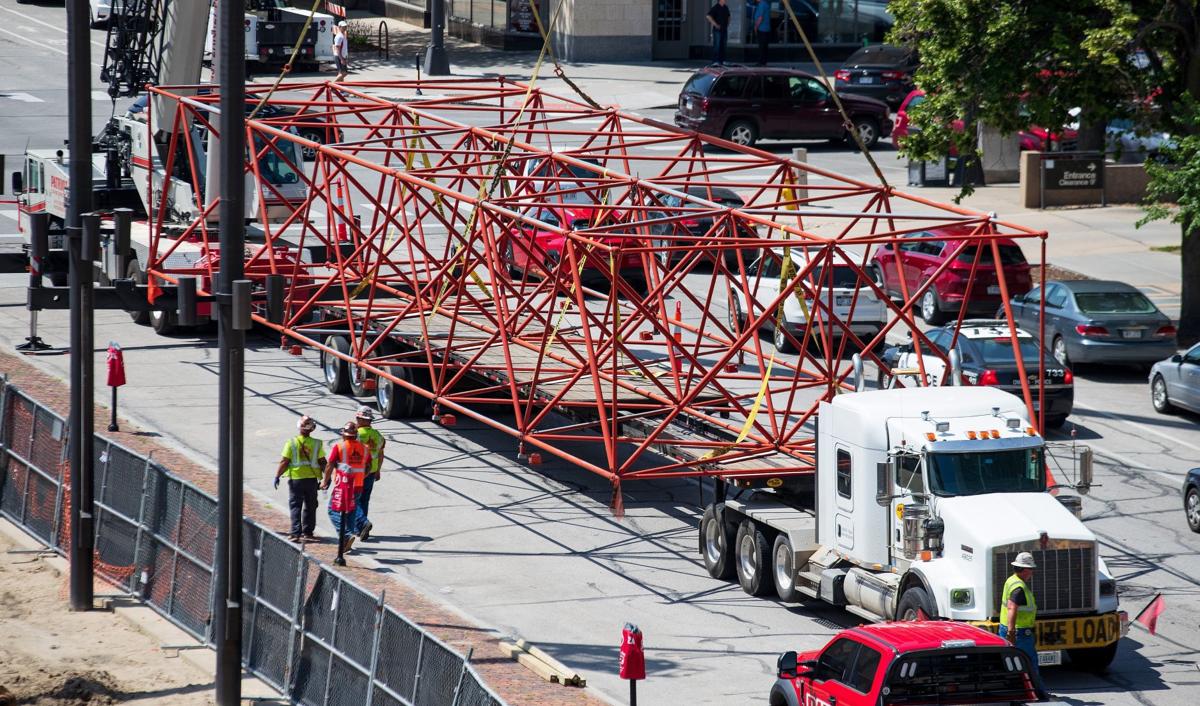 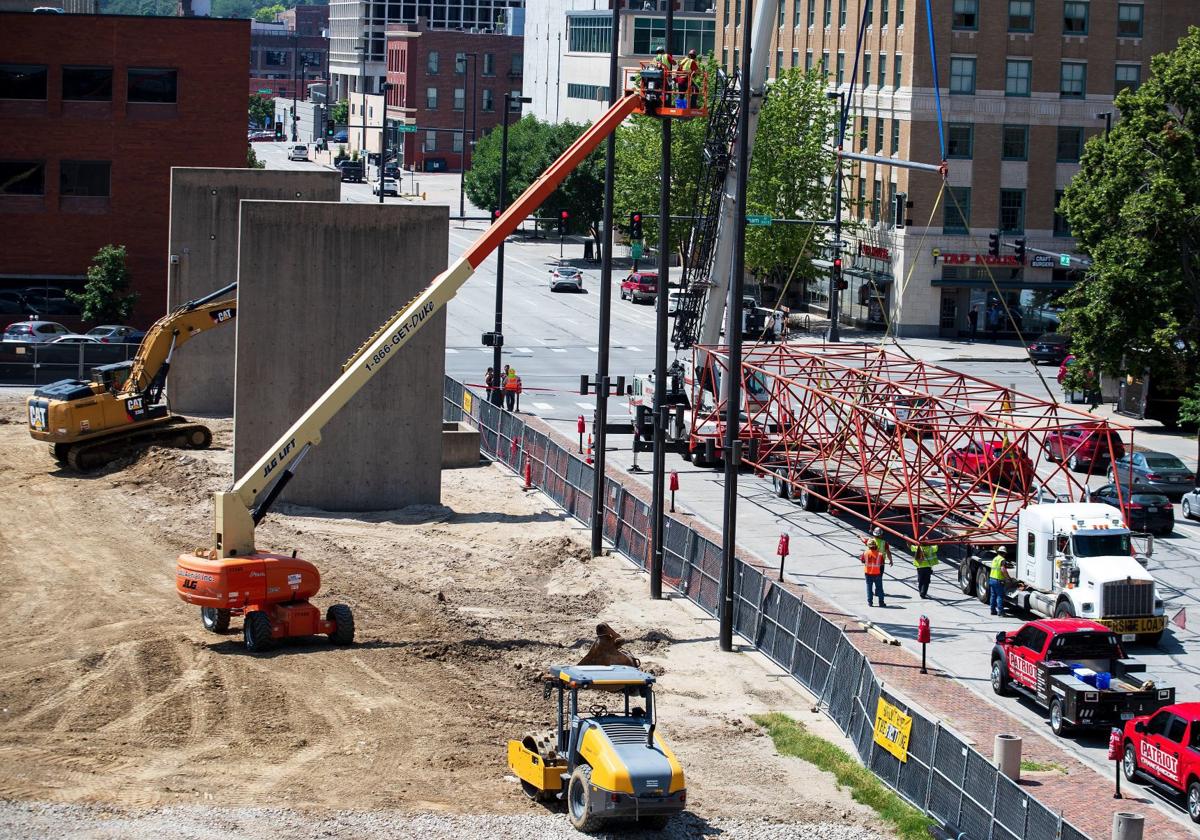 If you were a fan of that giant orange space frame that for decades hovered over the Gene Leahy Mall, it has been saved. And it's on the way to another life in a nearby neighborhood.

The truss-like art made up of big triangles was removed last week from its longtime perch at the mall's western entrance across from the downtown library. The mall is undergoing a complete revamp.

Crane workers laid the 1970s artifact on a flat bed big enough to handle the 120-foot-long by 20-foot-wide art piece. Off it went, with a police escort, to a lot near 13th and Nicholas Streets.

New guardians will figure out a permanent spot in the emerging Millwork Commons area.

Paul and Annette Smith, who are spearheading that redeveloping north downtown district, stepped up upon learning the space frame was destined for doom as part of the Leahy mall re-do.

"They pulled it out of the fire," said Michael Alley, a local architect helping with the new district.

Alley said space frame art was popular in its era, and now seems a perfect fit for Millwork Commons, a once-bustling industrial district that's also being re-purposed — in its case, as a home for tech and creative businesses.

The Millwork team currently is imagining different ways — perhaps suspending the space frame over a key street — that the piece might be re-installed, Smith said. It comes with a legacy, he said, but also a clean slate.

"The idea of rebirth — without forgetting where you came from — will be part of the story that attaches to this piece of Omaha's history," Smith said.

Interviewed Monday after Flywheel's workforce was told about the acquisition, co-founder Dusty Davidson said he viewed the deal as a plus for Omaha and an opportunity for the WordPress hosting and management startup that he, Tony Noecker and Rick Knudtson launched in 2012.

Up next are apartments. In the future: offices, retail, townhomes, likely a hotel, a park and entertainment area with restaurants and a musical performance space.

The build-it-and-they-will-come office project is seen as a sign of optimism in downtown job growth.

CEO is proud that company offers 12 weeks of maternity and paternity leave.

Called the Millwork Commons, the proposed mixed-use neighborhood would breathe activity into an old industrial area between 11th and 14th Streets, from Izard to Seward Streets.

Is retail ready to bloom in north downtown? People are 'reinvigorated on the area'

At the moment, a new vintage home décor store called Prairies in Bloom is rather lonely at 17th and Cuming Streets.

2 buildings at 14th, Howard would be turned into office space, plus a bar-restaurant with an outdoor deck

That northwest corner would see one building demolished and replaced, and another revived.

Armed with a fresh CEO and more innovations in the pipeline, Valmont is set to begin its next chapter on a 6-acre piece of the Heartwood redevelopment, which some foresee as the new downtown of west Omaha.

Seats made of cinder blocks and planks in the Hummel Park amphitheater have been replaced by slabs of smooth limestone as Omaha finds ways to repurpose materials from the Gene Leahy Mall renovation.

Housing and Urban Development Secretary Ben Carson toured Highlander on Monday and declared it a good example of how urban housing redevelopment should be done.

Eighth Street between Douglas and Farnam to close until 2021

Douglas Street between 10th and 8th Streets also will be closed next month.

But there will be lights in the Old Market, starting Nov. 25.