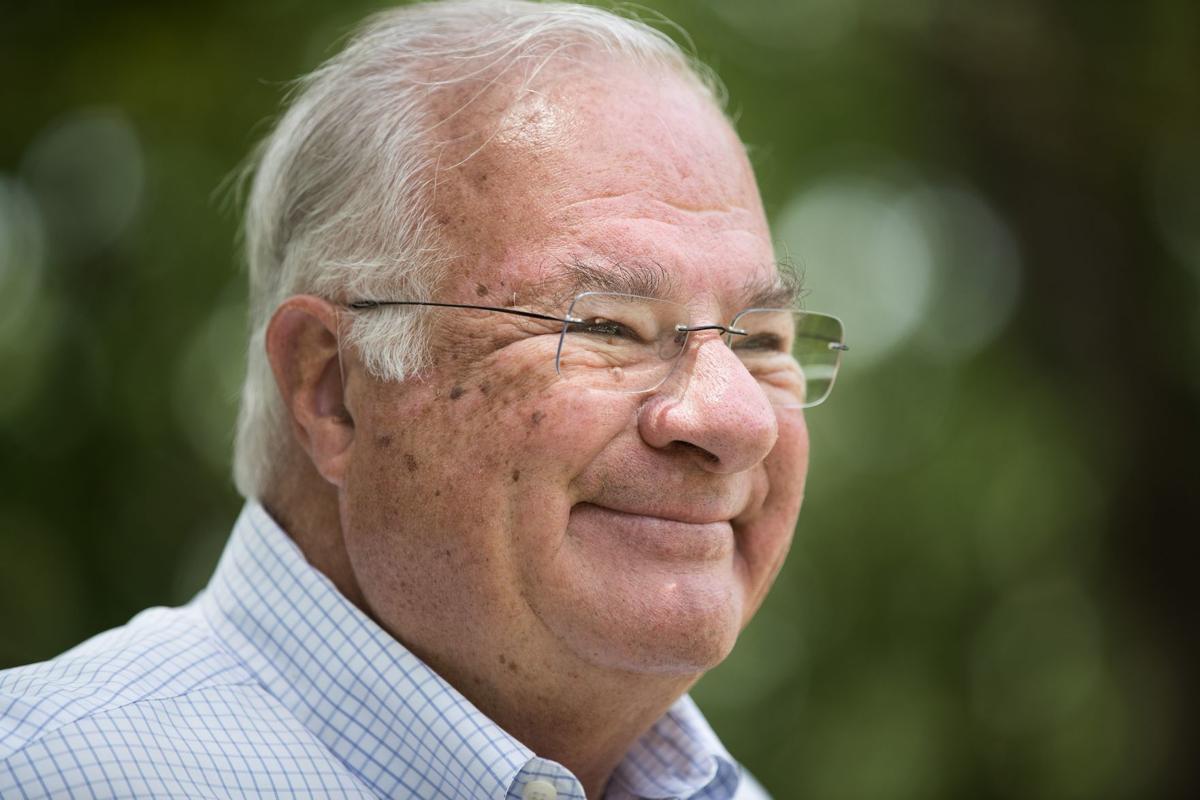 Joe Ricketts initially delayed the TD Ameritrade-Schwab merger until an agreement on some protection for TD Ameritrade jobs in Omaha. “Omaha has been, and we hope may continue to be, an important employment center for our company,” said spokesperson Kim Hillyer. 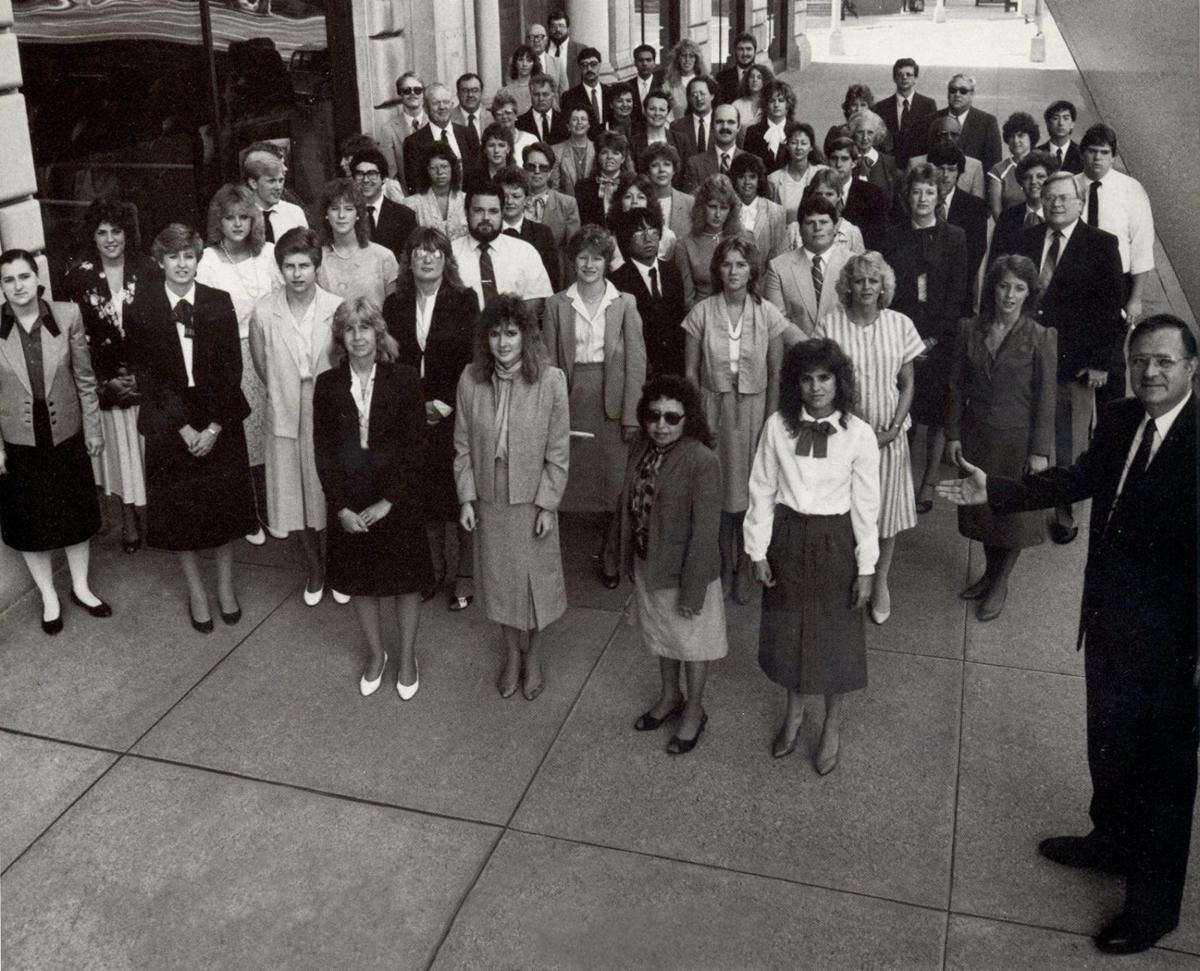 TD Ameritrade founder Joe Ricketts with company employees — all of them — during the early 1990s. 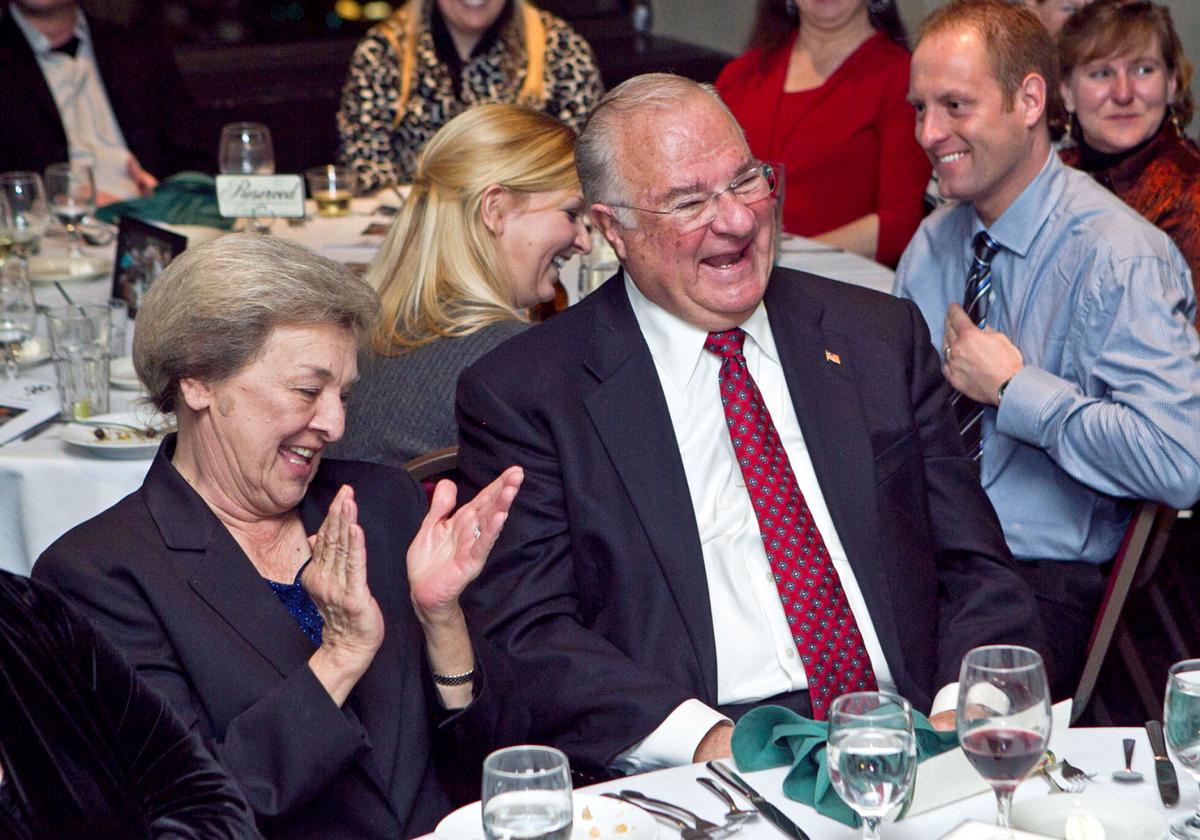 Marlene and Joe Ricketts and their family at the roast for Joe Ricketts as he becomes the 132nd “Face on the Barroom Floor” at the Omaha Press Club on Feb. 13, 2012. He is the founder, former CEO and former chairman of TD Ameritrade.

TD Ameritrade’s founder is predicting that Omaha may well come out ahead on jobs after the firm’s planned merger with Schwab.

“I’m going to give you a guess: that there are going to be more people working at Ameritrade here in Omaha five years from now than there are now,” Joe Ricketts said recently.

Ricketts said he was basing his prediction on the quality of TD Ameritrade’s workforce and the low cost of operating in Omaha, two things he believes Schwab’s leaders will recognize, too.

Ricketts’ first public comments since the November announcement that Schwab is acquiring the Omaha-based brokerage came in an unusual place — a podcast hosted by his son, Nebraska Gov. Pete Ricketts.

The governor releases an occasional podcast called “The Nebraska Way” where he sits down to interview Nebraskans.

In the latest podcast, released Monday, Pete Ricketts asked his father to talk about growing up in Nebraska City, the founding of his discount brokerage in Omaha in 1975, how it grew into the nation’s largest online stock trader, and the planned merger with Schwab.

The announcement of the mega-brokerage merger spurred fears of job loss among the 2,300 people who work at TD Ameritrade’s green-tinted headquarters tower and surrounding operational facilities, highly visible in Omaha just off Interstate 680 and West Dodge Road.

Joe Ricketts long ago gave up the CEO job at Ameritrade, and he has no direct say in how Schwab will restructure the two firms’ workforces as it establishes a new headquarters for the combined company in the Dallas metro area.

What's in store for one of the tallest, greenest buildings in Omaha, tailor-made for TD Ameritrade?

But the man who remains TD Ameritrade’s largest individual shareholder called it “foolishness” to think “everybody at TD Ameritrade is going to lose their jobs and they’re all going to Texas.”

He said the success of Ameritrade was largely built on the “cream of the crop” workforce it has in Omaha, workers he described as well-educated, hard-working and “very, very valuable.”

“The secret sauce of the success of Ameritrade is the great people we have,” he said.

Ricketts also lauded Omaha as a place to do business, much more cost-effective than Schwab’s current headquarters city of San Francisco, New York or most other places.

“This is a gem of a place for a company to have an office,” Ricketts said. “I don’t think that Schwab is going to lose that.”

Ricketts did acknowledge that the merger will mean change, with some people losing jobs or seeing their job functions change. But he thinks the potential is “quite high” that TD Ameritrade’s current Omaha operations will get through the merger, adjust and continue to grow.

“People here really underestimate themselves when they think things are going to another part of the country,” he said. “Trust me, they are better off here than anywhere else.”

The merger of TD Ameritrade and Schwab is not expected to close until later this year, with total integration of the companies then to proceed over as many as 36 months.

Joe Ricketts didn’t address it in the podcast, but The World-Herald reported last month that TD Ameritrade’s founder got Schwab to include language in the merger agreement intended to help preserve jobs in Omaha.

On its face, the wording gives Schwab much leeway to reduce the acquired firm’s workforce in Omaha, and the agreement sunsets after two years. But a person close to Ricketts has said it accomplished his goal of requiring Schwab to be deliberate as it considers how to integrate TD Ameritrade’s Omaha operations into its own.

The planned merger has left Pete Ricketts, himself a former TD Ameritrade executive and board member, in the position of seeking to persuade Schwab executives to preserve jobs at his former firm. He has said he’s already spoken to Schwab’s founder and chairman, Charles “Chuck” Schwab, and the firm’s current CEO.

At the end of the podcast, Pete Ricketts gave his father the opportunity to pitch his just-released autobiography, titled “The Harder You Work, the Luckier You Get,” and to promote his personal website, joericketts.com.

Joe Ricketts has at times been a controversial figure. The billionaire is a major donor to Republican candidates and one of the nation’s largest funders of conservative causes and libertarian thought. A year ago, he issued an apology after a website published a series of emails he’d sent containing racist jokes and anti-Muslim conspiracy theories.

“There’s no secrets about me,” Joe Ricketts said in asking people to go to his website. “My opponents like to spread rumors I have horns and a tail. I really don’t.”

In a blink, Omaha and Nebraska's Fortune 1000 list isn't what it used to be

Omaha always has a significant presence as a headquarters city on the list, with Berkshire Hathaway, Union Pacific and Mutual of Omaha leading the way. But step back to 2015, and you’ll see the local list has changed significantly.

The Omaha-based company sought state tax incentives more than once as it grew from a small discount brokerage to a Fortune 1000 corporation. But when San Francisco-based Charles Schwab confirmed plans to buy Ameritrade this week, it said the combined headquarters would be in a Dallas-Fort Worth suburb.

The memo details the $26 billion transaction and provides, it says, "answers to common questions."

Schwab said the corporate headquarters of the combined company eventually will relocate to Schwab’s new campus in Westlake, Texas.

If TD Ameritrade is acquired by Schwab, what would it mean for employees and for Omaha?

There was only silence Thursday from TD Ameritrade’s headquarters amid published reports that it is set to be sold. But there is much buzz and concern inside among the firm’s employees.

The Greater Omaha Chamber of Commerce and other business groups are asking state lawmakers to enact new tax incentives that would help retain jobs when major Nebraska businesses are acquired by out-of-state buyers.

Activity at TD Ameritrade is so intense that the investment broker wants to hire hundreds more employees in Omaha and elsewhere.

Joe Ricketts initially delayed the TD Ameritrade-Schwab merger until an agreement on some protection for TD Ameritrade jobs in Omaha. “Omaha has been, and we hope may continue to be, an important employment center for our company,” said spokesperson Kim Hillyer.

TD Ameritrade founder Joe Ricketts with company employees — all of them — during the early 1990s.

Marlene and Joe Ricketts and their family at the roast for Joe Ricketts as he becomes the 132nd “Face on the Barroom Floor” at the Omaha Press Club on Feb. 13, 2012. He is the founder, former CEO and former chairman of TD Ameritrade.