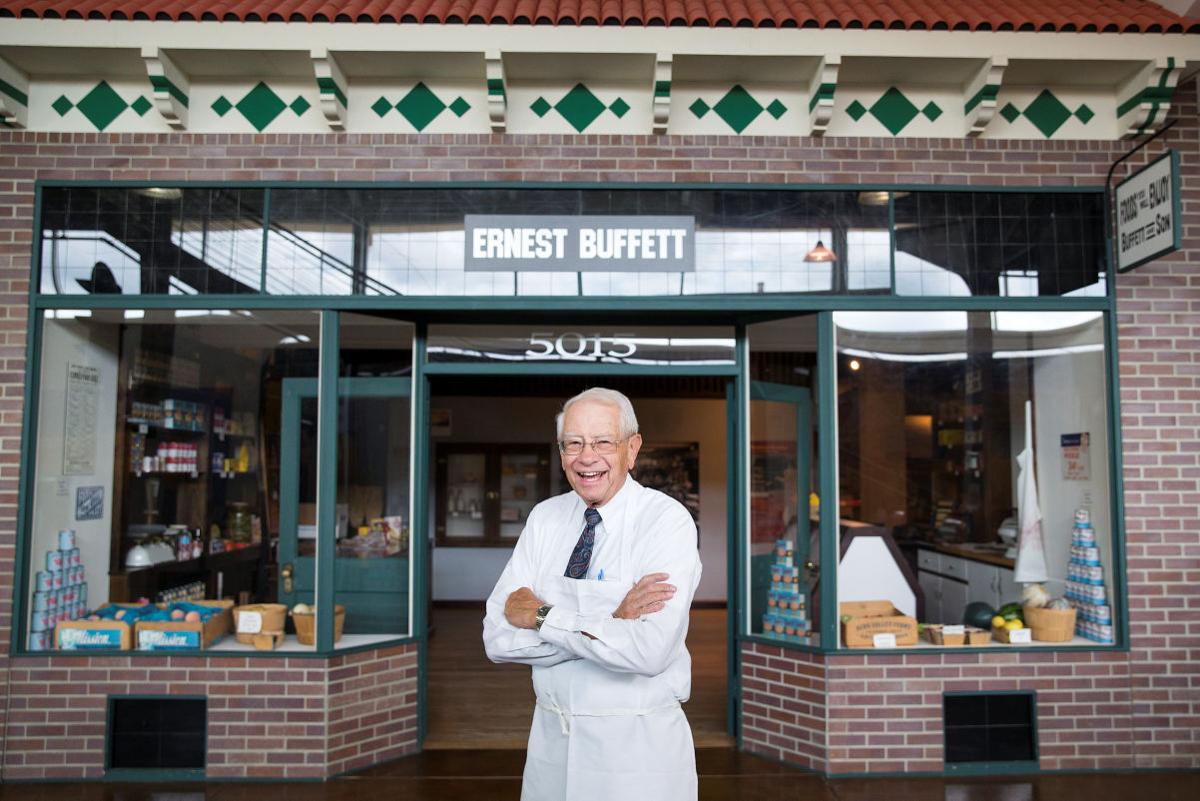 Hal Capps, of Omaha, who used to work at the Buffett & Son grocery store in Dundee, volunteers at the Durham Museum to give visitors a taste of the old-time grocery business. Buffett & Son, 5015 Underwood Avenue, opened in 1915. 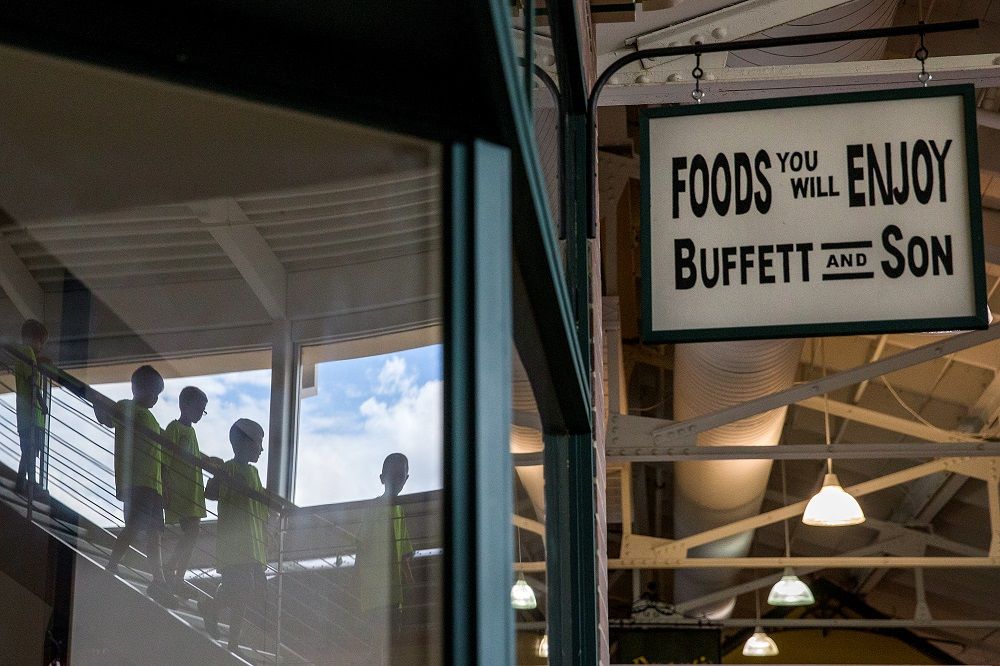 Hal Capps knocked on the unlocked back door, yelled “Buffett’s!” and carried the box of groceries into the kitchen, stacking the dry goods on the counter and depositing the meat and eggs in the refrigerator.

That was a routine delivery in the high schooler’s job at Buffett & Son grocery in the 1950s, when Warren Buffett’s Uncle Fred ran the store at 5015 Underwood Ave.

Today, Capps shares tales of times past with visitors to the Durham Museum’s replica of the old store. A meat cleaver and balance scales, given to Capps by Uncle Fred when the store closed in 1969, are among the artifacts that give the display an authentic air.

Capps is a volunteer, making appearances for special events and tours, such as a field trip by two dozen attendees of the Millard Children’s Academy on a recent afternoon. He and his wife, Jeanette, also volunteer in the museum’s archives department.

As the children gathered at the grocery counter, Capps pointed out the differences between today’s supermarkets and yesterday’s neighborhood grocery stores.

Uncle Fred — whose motto was “It’s nice to be important, but it’s more important to be nice” — would greet each customer by name. Instead of customers pushing shopping carts and grabbing goods off shelves, clerks would take the shopping lists and scurry through the store to fill the orders while the customers waited.

Capps showed the youngsters the sliding ladder, also from the Buffett store, that the clerks used to reach items on the upper shelves.

Deliveries were common, and people might phone in their orders. Most folks received monthly grocery bills rather than paying each time they came in. Slabs of cheese came in wooden boxes, which could be reused for, say, pencils.

During World War II, sugar, coffee and other staples were rationed.

In the store’s early days you didn’t choose between paper and plastic bags — there was no plastic. Packaged food came in tin cans or glass containers. There were no bar codes on the labels, so the clerks had to know all the prices.

Capps stuck a pencil behind his left ear. “You like my pencil holder?” he asked the children. “That’s my printer. And there’s my computer” — a nearby cash register.

Capps’ father, Harold, was Fred Buffett’s right-hand man and worked there for 40 years, developing a lasting respect for Fred Buffett and his father, Ernest, who had started the store.

Ernest Buffett lent Harold and Hazel Capps money to buy their home. When Harold was in the hospital with pneumonia, Ernest Buffett came to his bedside and told him, “Don’t worry about your job. It’ll be there.”

When the war broke out, Harold stayed at the grocery rather than joining the workforce at the Martin Bomber Plant in Bellevue, where wages were considerably higher.

“I couldn’t do that to the Buffetts,” he told a friend. “They’ve been too good to me.”

Capps, a smiling 6-footer who soon will turn 80 and who mows his own lawn, said he learned good work habits and the value of customer service from the Buffetts.

After graduating from Omaha Benson High School, he went to Omaha University, and worked many years as an underwriter for Guarantee Mutual Life Co., now Lincoln National Life Insurance Co.

Warren Buffett worked at the store before Capps and before starting his investment career, eventually becoming chairman and chief executive of Berkshire Hathaway Inc. The two men have met and exchanged fond memories of Buffett & Son.

When children tour the museum, Capps enjoys putting on his butcher’s apron and stepping behind the counter. “It’s so much fun to tell the kids about the old store.”

One day he asked the children in a tour group for questions, and a boy asked, “Are you about done?”

No, Hal Capps is giving firsthand history lessons at the Durham.

The Omaha World-Herald Co. is owned by Berkshire Hathaway Inc.

Stories of a bygone era were right at home at the Durham Museum during a reunion Thursday of about 20 of the “youngsters” who filled orders, delivered groceries and did odd jobs at Omaha’s long-closed Buffett Grocery.

Archival photo puzzle – is that Warren Buffett's grandfather at the bottom of old Woodmen Building pic?

A museum volunteer was writing down the names of businesses that he saw in historic Omaha photos that could be useful for researchers when he came across a curious scene.

Ernest Platt Buffett lived at 1015 S. 30th Ave., a few blocks from his father, Sidney. They ran the S.H. Buffett & Son grocery, along with…

Pulled over with no plates, driver tells the truth: He bought the car from Warren Buffett

After getting pulled over for driving without license plates, the driver had to explain that he had bought the car from Warren Buffett for $122,500 in a charity auction and had just picked it up in Omaha.

In their retirement, Omaha couple are dedicated volunteers at the Durham Museum

The Omaha couple — who will celebrate 60 years of marriage next year — have spent the past 12 years volunteering at the Durham Museum.

Hal Capps, of Omaha, who used to work at the Buffett & Son grocery store in Dundee, volunteers at the Durham Museum to give visitors a taste of the old-time grocery business. Buffett & Son, 5015 Underwood Avenue, opened in 1915. 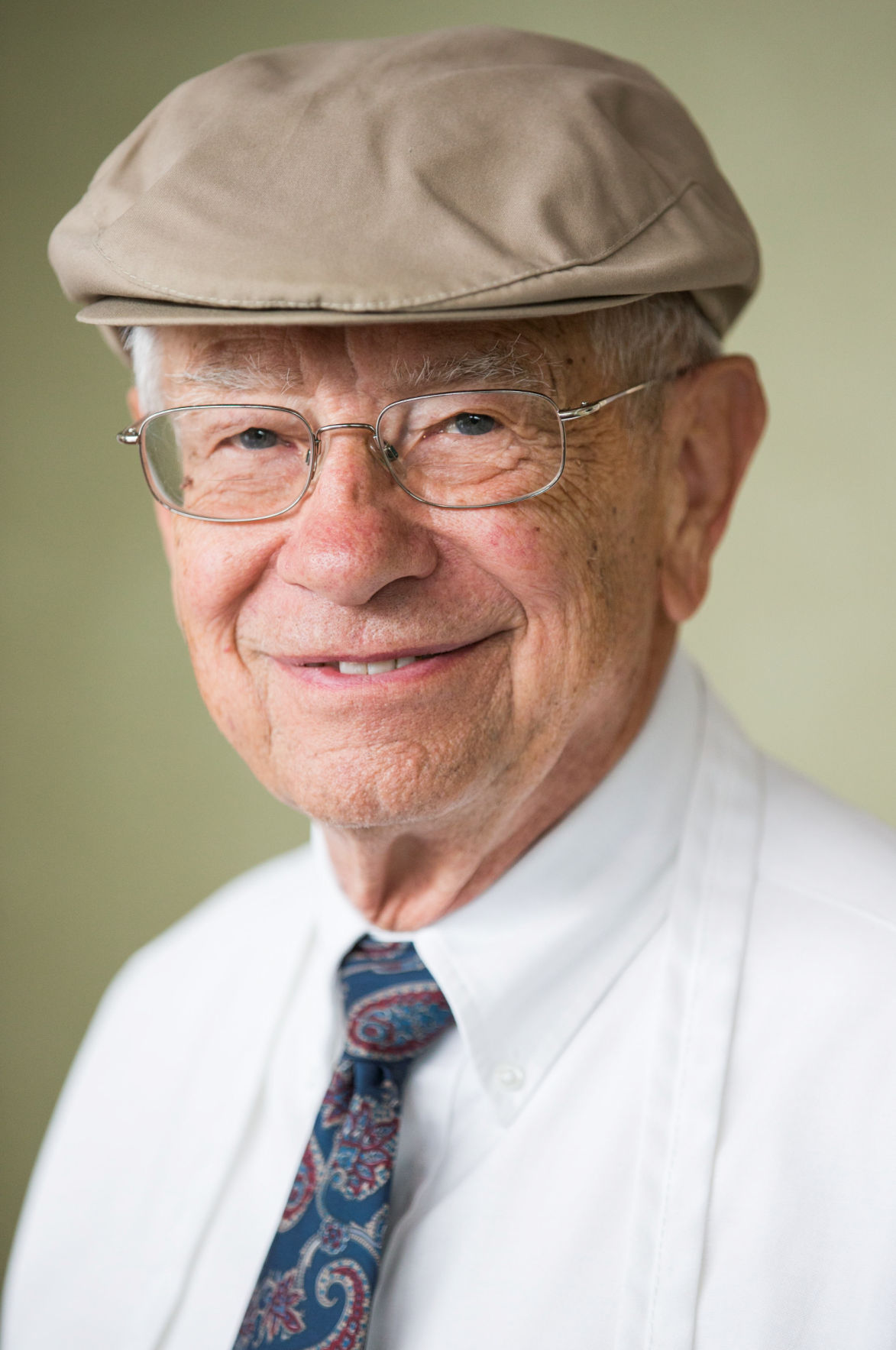