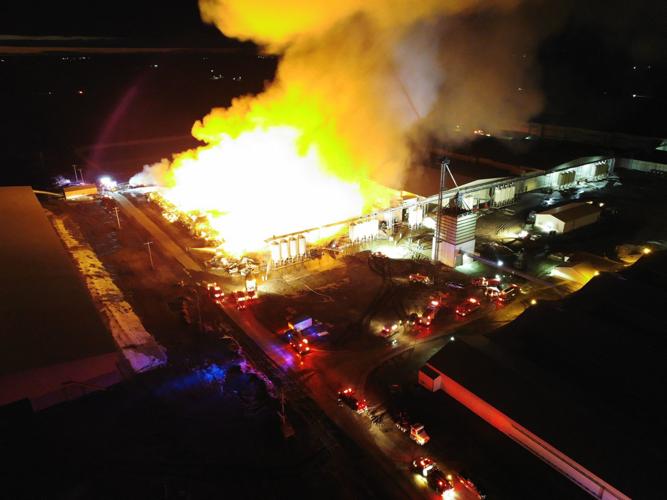 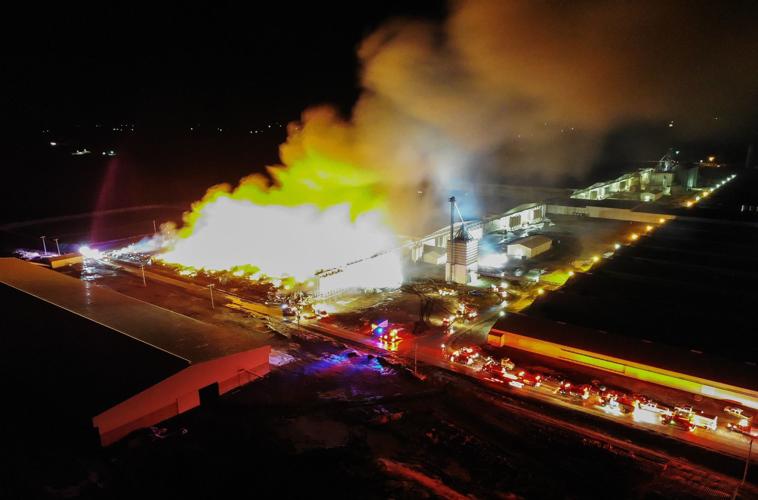 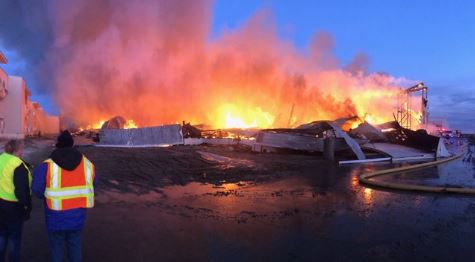 One of the barns was destroyed and 400,000 chickens were killed, according to information provided to State Sen. Tim Gragert, who represents Bloomfield in the Nebraska Legislature.

The fire was so intense that a National Weather Service satellite detected the heat from 22,236 miles above the Earth, said Corey Mead, a weather service meteorologist.

The fire began in the late afternoon and lasted into the evening, Bloomfield City Councilman Steve Barney said.

“Lots of local businesses brought food and drinks to the fire hall for the many volunteer firemen and businesspeople that hauled water,” he said.

Our GOES-16 satellite is picking up the fire at Michael Foods just west of Bloomfield in Knox Co. Nebraska. Multiple fire departments have been called to assist. #newx #iawx pic.twitter.com/sMXhHCbA8U

Barney said Michael Foods has about 20 barns at the site and about 4 million chickens. The barn that burned was relatively new and was designed to produce eggs from cage-free chickens.

The plant is important to the local economy, employing about 125 to 150 people, he said.

Nebraska first responders could get training, help with PTSD under bill advanced by Legislature

Disputes between Omaha neighbors in 2000 led to one killing the other, authorities say

Officials think the bad blood between the two neighbors came to a head.

A 40-year-old woman was arrested on suspicion of first-degree arson Sunday after a fire at an apartment building in northwest Omaha.

Robin Reed-Poindexter, an Omaha native who made history during her fire service career in California, self-published a lengthy (660-page) memo…

Trees throughout Texas snap under the weight of days of ice

Trees throughout Texas snap under the weight of days of ice

Did you know that these small insects can create ocean currents?

Did you know that these small insects can create ocean currents?