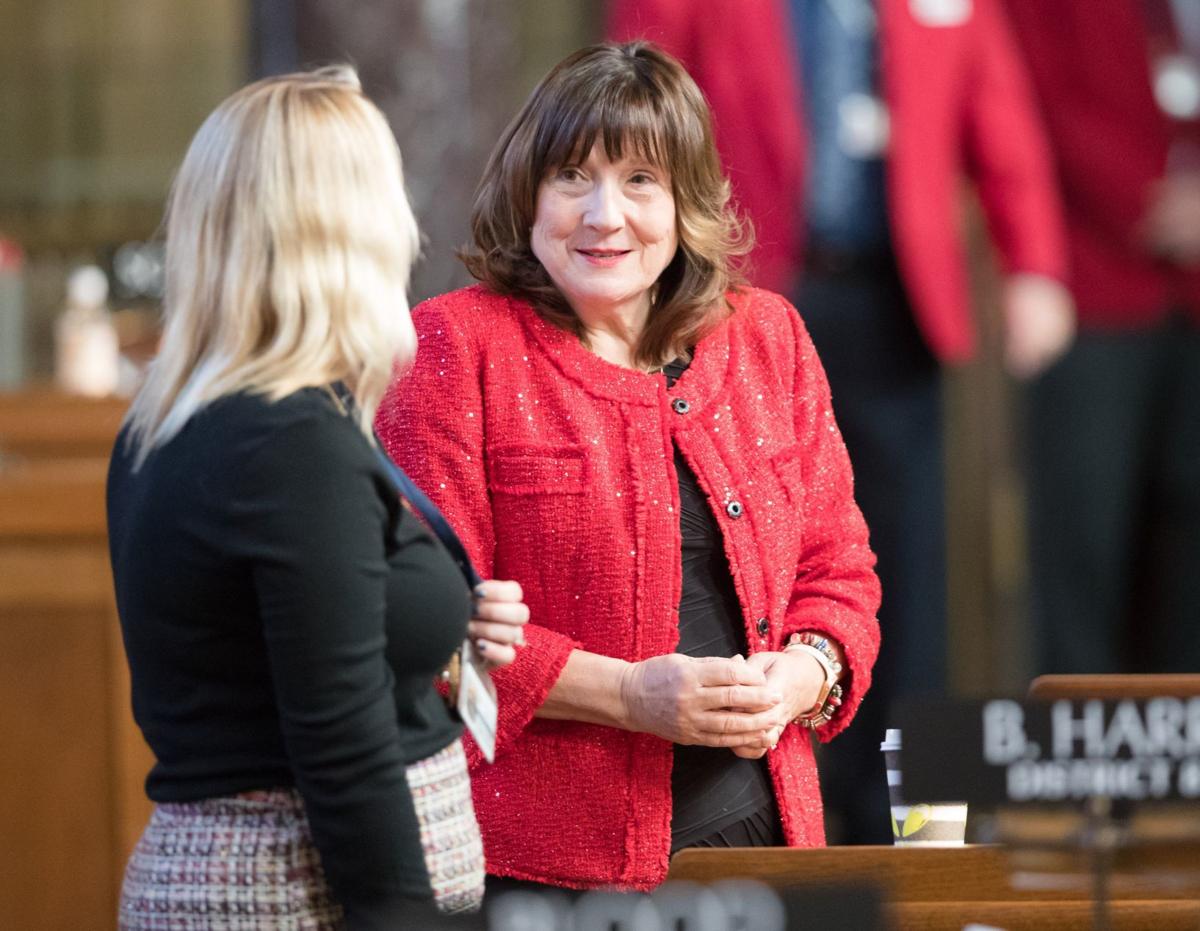 State Sen. Lydia Brasch in the State Capitol in Lincoln on Jan. 3, the opening day of this year’s session of the Nebraska Legislature. 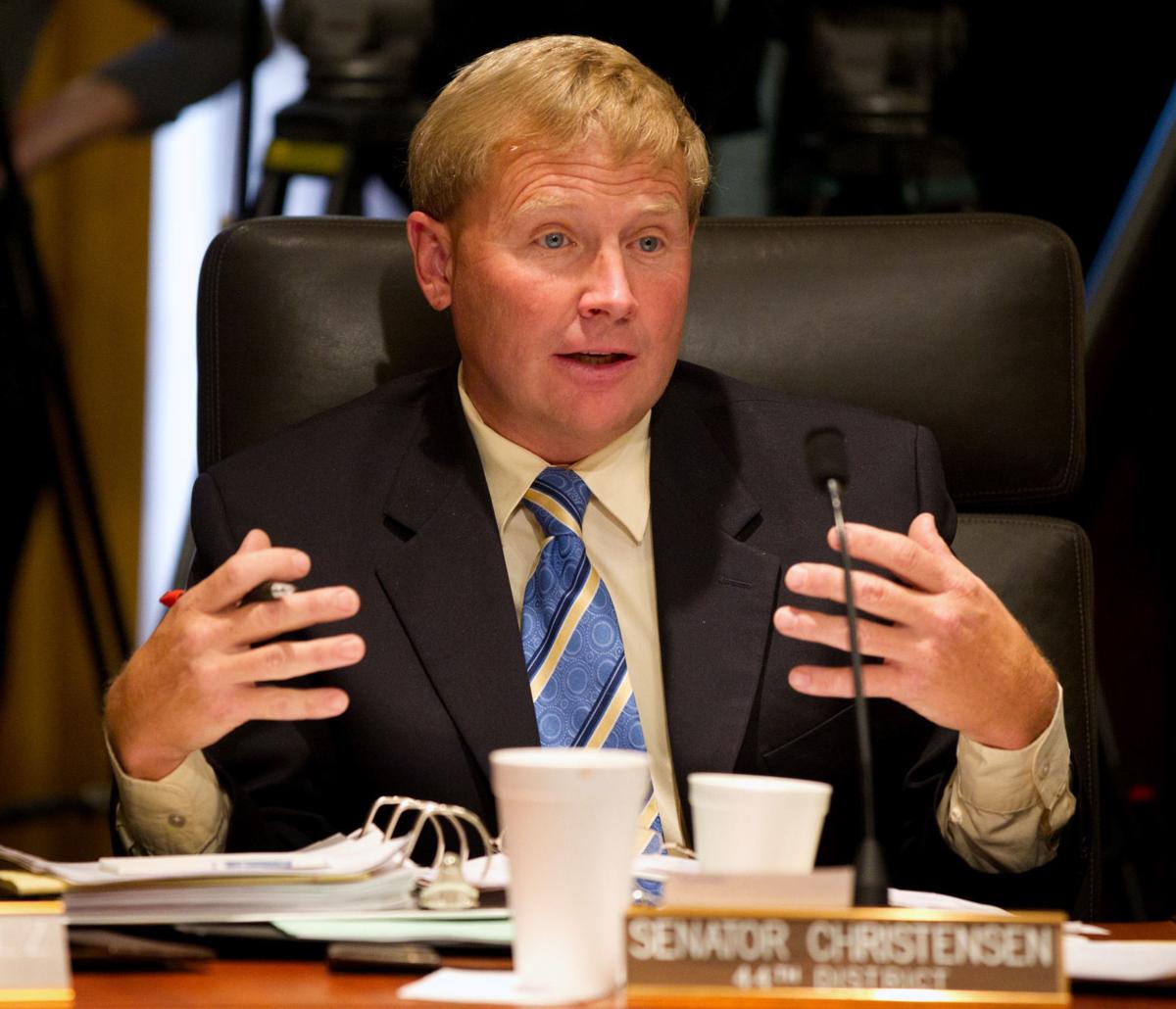 The lawsuit was filed in Lancaster County District Court by State Sen. Lydia Brasch of Bancroft and former Sen. Mark Christensen of Imperial.

Last week, leaders of Insure the Good Life submitted more than 135,000 signatures on a petition seeking to expand Medicaid to about 90,000 more Nebraskans.

That amounts to a 60 percent cushion, virtually assuring that the petition will have the 84,268 valid signatures of registered voters needed to put the issue to voters this fall.

In the suit, Brasch and Christensen ask the court to keep the proposal off the ballot by declaring it “invalid and legally insufficient.”

They argue, among other things, that the expansion proposal contains more than one subject, in violation of the Nebraska Constitution, and does not properly disclose the Nebraska Appleseed Center for Law in the Public Interest as a petition sponsor.

Insure the Good Life was one of four sponsors listed on documents filed with the secretary of state. The three others are individuals. According to the suit, Insure the Good Life is a registered service mark of Appleseed, a nonprofit advocacy group.

Meg Mandy, campaign manager for Insure the Good Life, expressed confidence that the expansion proposal will appear on the ballot.

“This is clearly a desperate attempt to block the people’s ability to voice their opinion on this issue and ensure affordable health care for 90,000 Nebraskans,” she said, adding that Brasch and Christensen have failed to find solutions for working Nebraskans to access health care.

Secretary of State John Gale, who was named as a defendant along with the petition sponsors, said he could not comment until he has seen the lawsuit and consulted with Attorney General’s Office.

While the money would come from state general funds, meaning income and sales taxes, not property taxes, Brasch said the money comes from the same taxpayers.

The suit said Christensen joined out of concern that expanding Medicaid would reduce or alter the Medicaid services now provided to his disabled son.

Their arguments echo those put forth by Gov. Pete Ricketts, who has fought legislative efforts to expand the health program. Legislative proposals have failed six years in a row, in the face of stiff opposition from Ricketts and, before him, Gov. Dave Heineman.

The expansion proposal would provide health coverage to single adults and couples without minor children who cannot qualify for Medicaid now, as well as parents and disabled people, with incomes up to 138 percent of the poverty level — $16,753 for a single person or $34,638 for a family of four.

Federal law has allowed states to expand their Medicaid coverage since 2014 as part of the Affordable Care Act. The ACA requires the federal government to pay 94 percent of the cost of Medicaid expansion programs in 2018, with the federal share declining year by year until plateauing at 90 percent by 2020. The state pays the rest.

The Medicaid expansion portion of the federal law has survived attempts to repeal the broader law. So far, 32 states, including Iowa, have expanded their Medicaid programs.

Gale said his office expects to have the petitions processed and ready to send to county election officials by the end of this week or early next week. The county officials then will have 40 days to check the signatures against voter rolls.

Get the latest World-Herald coverage of the effort to expand Medicaid in Nebraska.

Voters likely to get the chance to decide on expanding Medicaid to 90,000 Nebraskans

The Medicaid petition collected about 56 percent more signatures than the total that was needed to get on the ballot, providing the effort a sizable cushion if some signatures are declared duplicate or otherwise invalid.

Backers of a Medicaid expansion petition drive expressed confidence Thursday that they will get the proposal before Nebraska voters this fall.

An exotic dancer at a strip club in Waverly scored a victory for Nebraska workers Friday.

In what may be a first for Nebraska, a woman running for the State Legislature had a baby during the campaign.

Medicaid expansion petition clears one hurdle to making the ballot

Secretary of State John Gale said Friday that a petition to put the proposal before voters has more than met the requirement to collect valid signatures from more than 5 percent of registered voters in 38 counties.

Medicaid expansion gets enough signatures to appear on Nebraska ballot

Secretary of State John Gale said the measure will be on the ballot “barring an order from the district court handling the pending lawsuit that challenges the initiative petition.”

The court made no immediate ruling but is expected to decide the case quickly. The deadline to certify candidates and issues for the ballot is Sept. 14.

The state high court ruled against a lawsuit filed by former State Sen. Mark Christensen of Imperial and Sen. Lydia Brasch of Bancroft that sought to keep the measure off the Nov. 6 ballot.

Voters will have three chances in October to hear the pros and cons of Initiative 427, which would expand Medicaid to cover more low-income Nebraskans.

State Sen. Lydia Brasch in the State Capitol in Lincoln on Jan. 3, the opening day of this year’s session of the Nebraska Legislature.