Aubrey Trail slashes neck in courtroom, shouts 'Bailey is innocent and I curse you all'
0 Comments
Share this
1 of 4 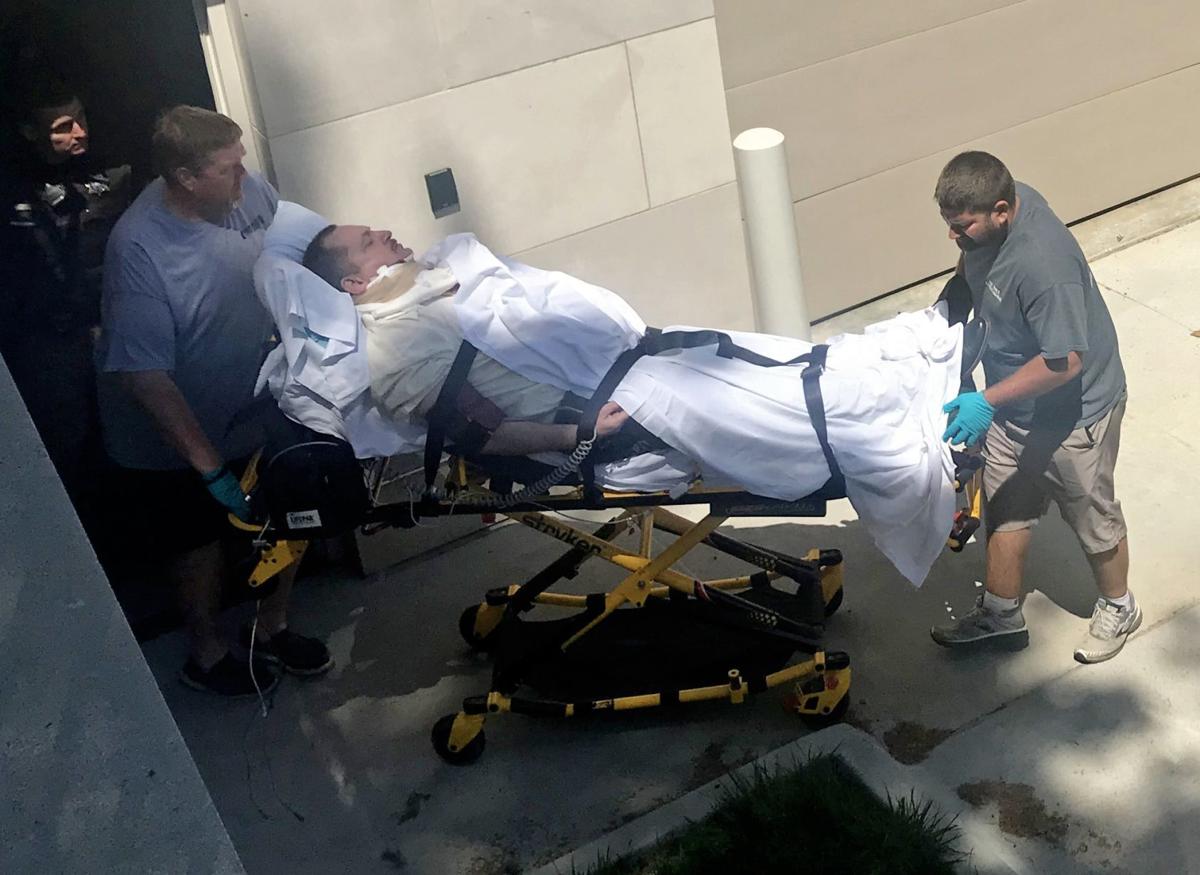 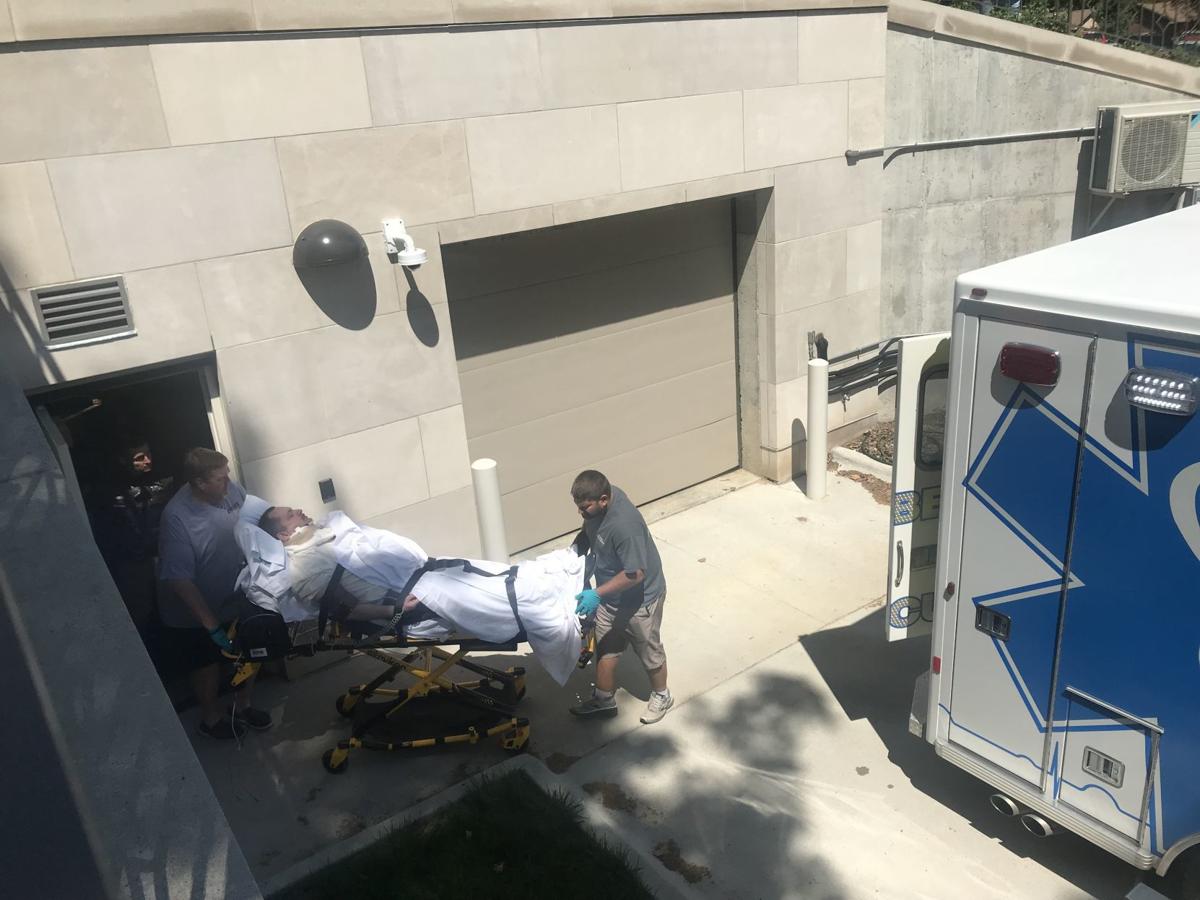 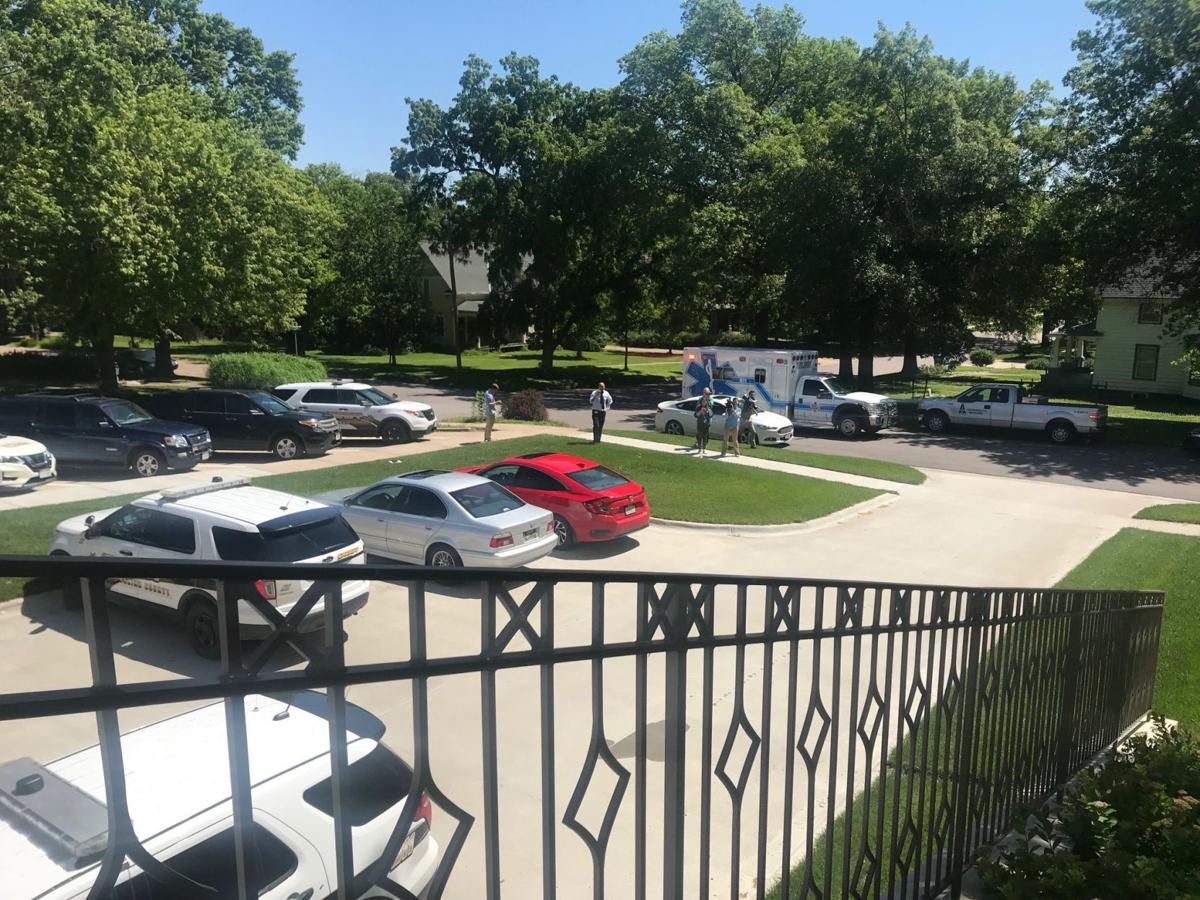 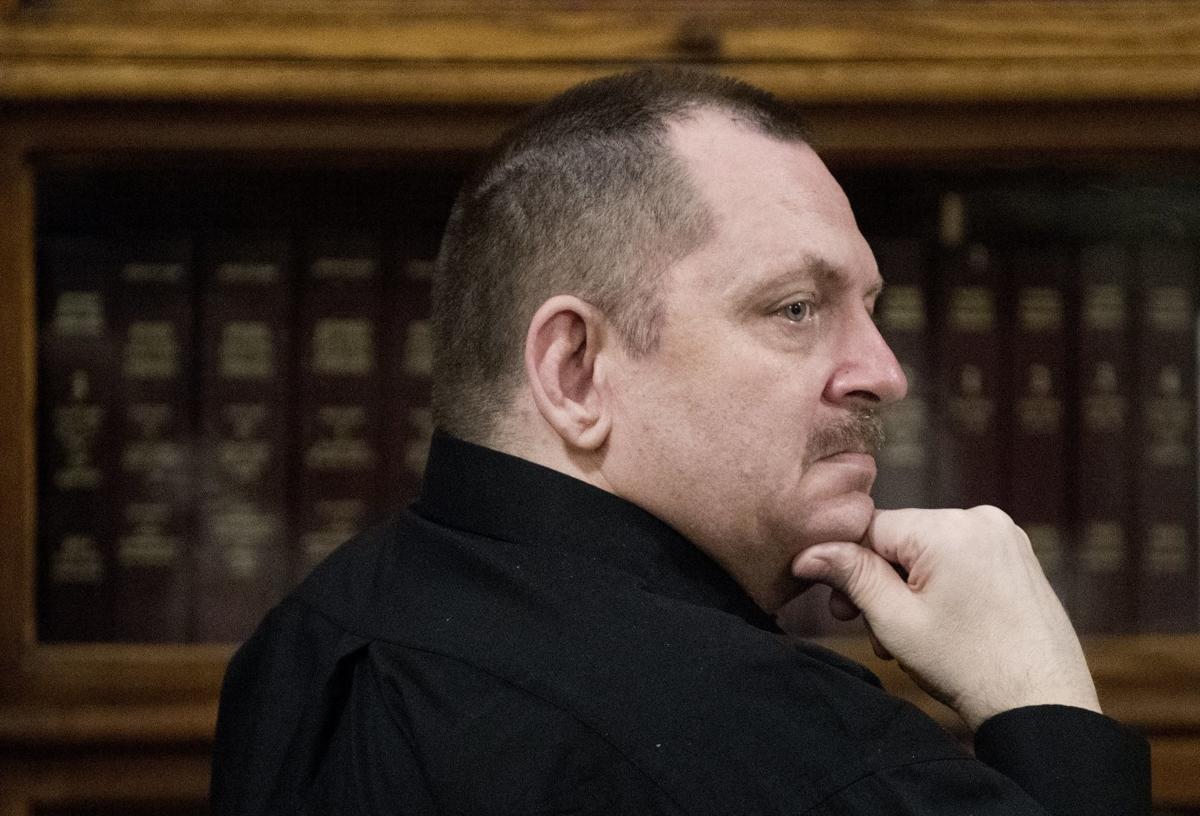 UPDATE, 10 a.m. Tuesday: Aubrey Trail was not in court Tuesday morning when testimony resumed in his first-degree murder trial.

WILBER, Neb. — An already bizarre murder case got even more bizarre Monday as the defendant, Aubrey Trail, apparently attempted to kill himself in court.

As a trial witness left the stand Monday morning, Trail, suddenly and without warning, shouted and began slashing his neck with what appeared to be a small blade of some kind.

“Bailey is innocent, and I curse you all,” he yelled, just before rapidly slashing at the right side of his neck.

Trail crumpled to the ground, with blood visible on his neck, as deputies rushed to grab his weapon. Trail had fallen out of a wheelchair he’s been using during the trial as Saline County deputies grabbed him.

He appeared pale, his eyes were closed and he wasn’t moving as rescue personnel loaded the 52-year-old defendant into an ambulance for a trip to the hospital. A cleaning crew was dispatched to the courtroom to clean up blood on the floor.

But one of his defense attorneys said later Monday that Trail was in the process of being released from a hospital and was expected to be in court on Tuesday morning when testimony resumes.

“We still think we can get a fair trial,” said Ben Murray, a court-appointed attorney from Hebron.

Saline County District Judge Vicky Johnson ordered that Trail be handcuffed “for obvious reasons” for the rest of the trial.

Trail and his girlfriend, Bailey Boswell, 24, both face the death penalty if convicted of first-degree murder in the death and dismemberment of Lincoln store clerk Sydney Loofe.

Loofe, 24, disappeared on Nov. 16, 2017, after arranging a date, via the Internet dating app Tinder, with Boswell.

Shortly afterward, Trail and Boswell took to social media to maintain that they were not involved. Some weeks later, Trail called reporters to say that he had killed Loofe, but that it was an accidental suffocation during a “sexual fantasy.”

The outburst in court on Monday — after Trail had sat quietly in his wheelchair during the first week of the trial — added just one more strange twist to the trial, which is scheduled to last two more weeks.

The fact that the disruption happened in the presence of the 12 jurors and three alternate jurors raised questions about whether jurors could remain objective, and whether the judge might have to order a mistrial.

After returning to court in the afternoon, Judge Johnson instructed jurors to “disregard the outburst (by Trail) ... and not consider it in your deliberations.”

“I am going to order that Mr. Trail appear in handcuffs for the rest of the trial for obvious reasons,” the judge said.

Johnson said she would question each juror, one by one, in her chambers about the disruption on Monday afternoon. She ordered jurors to not discuss the case with anyone and to “absolutely” not watch media coverage of Trail’s outburst in court.

“I’m sure there’s going to be extensive media coverage,” she told jurors.

Testimony, she said, is scheduled to resume at 9 a.m. Tuesday.

Before the outburst, law enforcement officers testified about searches done at the Wilber apartment rented by Trail and Boswell, and of Loofe’s duplex unit in the Havelock area of Lincoln. Cameras and zip ties were among the items seized from the Wilber apartment.

On Friday, other law enforcement officials testified that more than a dozen sex toys were found in the Wilber apartment. The landlords also told of a strong smell of bleach coming from the unit the day after Loofe met Boswell for their date.

About 11:30 a.m. on Monday, a motel clerk from Spencer, Iowa, had just finished testifying about how Trail and Boswell had stayed three days at the motel, beginning on Thanksgiving Day 2017, when Trail stunned the courtroom with his outburst.

The jury was quickly moved out of the courtroom, and onlookers and news media were then ordered out.

Members of Loofe’s family, who have attended every day of the trial so far, were sitting in the front row when the outburst occurred.

Saline County Sheriff Alan Moore declined to comment about what sort of blade was used by Trail or whether a weapon had been confiscated from him.

The trial had already been disrupted once before. On Wednesday, testimony was delayed and then halted without explanation. The next day, the judge said that the reason for the delay was that Trail had been ill and could not be present in the courtroom. He has suffered two heart attacks and a stroke since being incarcerated .

Prosecutors maintain that Trail conspired for weeks to lure a young woman using social media for the purpose of homicide. But Trail’s court-appointed defense attorneys, as well as Trail himself, dispute that. They claim that Loofe was a willing participant in the filming of a sexual fantasy with Trail and two other women and that she was accidentally choked to death.