LINCOLN — The daughter of a woman who served on the jury that convicted Caril Ann Fugate of murder says her mother anguished over her decision but was convinced, in the end, that the 14-year-old girlfriend of mass murderer Charles Starkweather was guilty.

"My mother struggled. She did not want to find her guilty. But she felt that she didn't have any choice," said Connie Brust, who now lives in the Millard area of Omaha.

Fugate, now 76 and going by her married name of Caril Ann Clair, asked the Nebraska Board of Pardons on Tuesday to grant her a pardon. The board voted unanimously and without comment to deny the request.

Fugate was convicted of first-degree murder and felony murder in the commission of a robbery as an accomplice in Starkweather's slaying of 11 people.

It stands as one of the most sensational murder sprees in history, and continues to spark debate as to who was most responsible. The case has also inspired several books, movies and a song, which tend to romanticize the relationship between Starkweather, then 19, and Clair, who had broken up with him just prior to the spree.

Clair, who has always maintained that she was forced under threat to accompany Starkweather, spent 17 years in prison before being paroled in 1976.

But Brust said her mother, Lois Hunt, was swayed by evidence that indicated that Clair was in possession of Starkweather's gun as he slept during their run from authorities, which carried them from Lincoln to eastern Wyoming. Clair could have escaped then, she said, and even could have shot Starkweather.

Brust, who was in fourth grade at the time, recalled the panic that ensued after news of Starkweather's first slayings became public. She said that her father came to her elementary school carrying a shotgun and took her out of classes.

"You think that didn't scare a fourth grader?" Brust said. "We were all standing at the window (at home) to see this car go by so we could call the police."

She said that Clair, who was paroled and released from prison, doesn't deserve a pardon, which is an official declaration of forgiveness, not a declaration of innocence.

"Now she wants to sweep what happened under the rug. That's impossible for me," Brust said.

Clair did not attend Tuesday's Pardons Board meeting, but in her application for a pardon, she wrote that she was abducted, held captive and terrorized by Starkweather, and "did whatever he wanted me to."

Clair said he told her his gang was holding her family hostage and they would be killed if she tried to escape.

OWH front pages through the years​

Liza Ward, whose grandparents S. Lauer and Clara Ward were killed in their Lincoln Country Club home in December 1958, has traveled to Nebraska in the hopes of testifying Tuesday on behalf of Fugate, now Caril Ann Clair, before the Nebraska Board of Pardons.

Caril Ann Fugate was 14 when her boyfriend, Charles Starkweather, went on a murderous rampage in 1957-58 that left 11 people dead in Nebraska and Wyoming. She was convicted of first-degree murder and spent 17 years in prison before being paroled in 1976. Now, at 76, she is seeking a pardon.

The Nebraska Board of Pardons voted to deny a pardon to Caril Ann Fugate, who was 14 when she accompanied Charles Starkweather on his murderous spree across Nebraska into Wyoming.

Long stretches of freedom have been hard to come by for James Hatten, and last week, he was sent to prison again for an August chase in which he crashed a Cadillac Escalade with stolen plates into a tree.

Backers of 75-year-old Ed Poindexter, who was convicted in the killing of an Omaha police officer in 1970 but has maintained his innocence, has paid his debt to society. 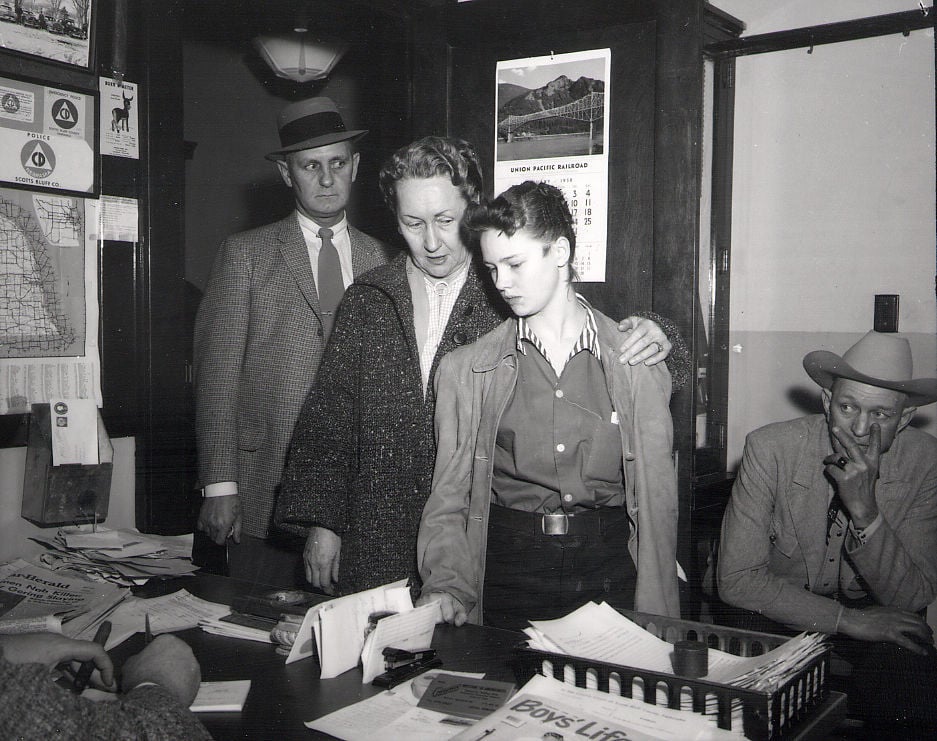 Caril Ann Fugate, second from right, is booked into the Scotts Bluff County Jail in Gering, Nebraska, on Jan. 30, 1958. She was escorted by Hazel Heflin, wife of former Converse County Sheriff Earl Heflin of Douglas, Wyoming. 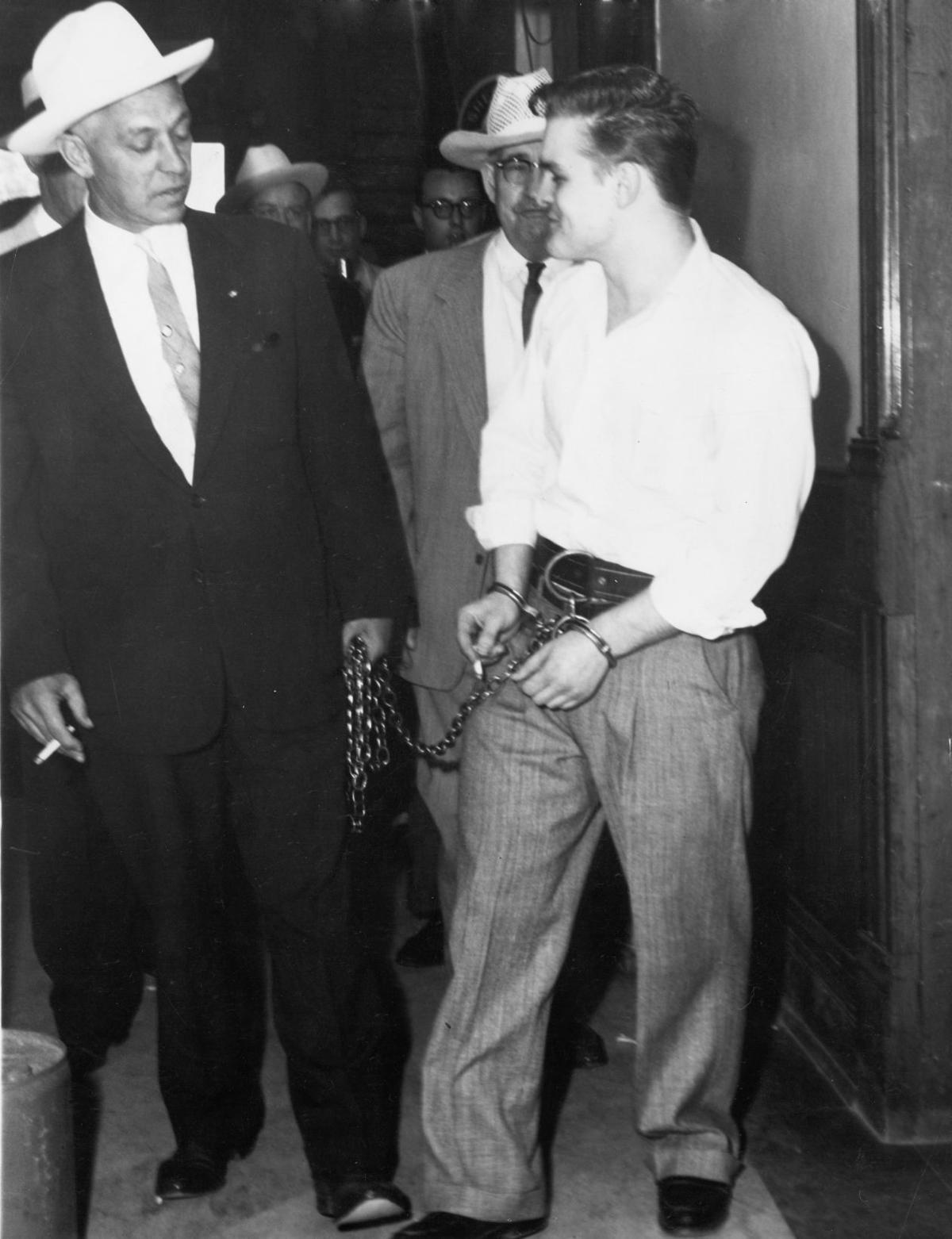 Starkweather shown after the guilty verdict.