The driver whose car struck and fatally wounded a 10-year-old girl crossing a downtown Papillion street has been charged in the case.

Masey Lawrence, 19, of Papillion turned herself in early Friday after a warrant was issued for her arrest. She was charged in the warrant with failure to yield to a pedestrian, speeding and misdemeanor motor vehicle homicide.

Inquisitive and 'always willing to help,' Abby Whitford, 10, will save lives after death

Police said that at about 4 p.m. Aug. 20, a northbound car driven by Lawrence struck 10-year-old Abby Whitford as she and her 6-year-old brother were crossing Washington Street at Second Street.

James Schaefer, an attorney representing Lawrence, said Friday that he planned to contact the Sarpy County Attorney’s Office soon in an attempt to reach a resolution in the case.

Lawrence “is certainly remorseful,” Schaefer said. “She’s very remorseful over how this happened.”

Abby and her brother had gotten out of school and were headed to Sump Memorial Library, police have said.

With her little brother trailing behind, Abby stepped into the fourth, outside lane, and a car coming up on the side of the truck didn’t stop for the flashing crosswalk caution lights and struck the girl. Lawrence remained at the scene, police said.

Sarpy County Attorney Lee Polikov said Friday that he filed a misdemeanor charge instead of a felony because of state statutes that address motor vehicle homicide and precedents set by the Nebraska Supreme Court.

The statutes, he said, essentially differentiate motor vehicle homicide into two categories: careless driving, which is a misdemeanor, and reckless driving, a felony. But the statutes don’t help prosecutors discern what kind of conduct is considered careless instead of reckless, Polikov said. That requires that they rely on the facts of the case and prior rulings.

The Nebraska Supreme Court has said that speed alone is not enough to warrant a felony charge, Polikov said. He said he thinks prosecutors will be able to prove that speed was a factor in Abby Whitford’s death.

If Polikov had his way, he said, all motor vehicle homicide charges would be felonies.

“Personally, I don’t like the idea that there’s even a distinction (between careless and reckless driving) because I think when there’s a loss of life, it ought to be a felony — period,” Polikov said.

Papillion wants a safer downtown for pedestrians. One idea: a town square off-limits to cars

After Abby Whitford was struck in a downtown Papillion crosswalk, 15 people called the Mayor’s Hotline with suggestions and concerns about the crosswalk. Dozens more posted their ideas on Facebook. The city collected those responses and summarized them in a document, a copy of which officials provided to The World-Herald.

If you are texting or talking on your phone while driving or walking, “cognitively, you are focused on that conversation and you’re not as engaged with your environment as you should be," said Mark Segerstrom, Nebraska’s highway safety administrator.

Speeding in Sarpy? Police make statement that they're watching​, as traffic deaths rise

Five law enforcement agencies in the county cooperate to pull over speeders along Highway 370, starting in Bellevue. If you run across future operations, it's possible a Bellevue officer might ticket you in La Vista, or a Papillion officer in the Gretna area.

Papillion police have forwarded the results of their investigation of the death of a 10-year-old pedestrian last month to the Sarpy County attorney to consider charges.

Cars and people have had an uneasy and, at times, fatal relationship. Car accidents are a leading cause of death; 230 Nebraskans died last year, including 24 pedestrians. That's a 62% jump in pedestrian deaths from the prior four-year average.

The crosswalk has come under public scrutiny in the months since Abby's death. Some Papillion residents have said they believe drivers are confused by signage surrounding the intersection. Others have said motorists don't slow down when driving through the downtown area.

Six bright yellow crosswalk yield signs were installed Monday afternoon in the intersection of Washington (84th) and Second Streets, the first change to the intersection since Abby Whitford's death in August. And the city is considering a host of additional measures.

Masey Lawrence, the driver, faces a maximum sentence of one year in jail, a $1,000 fine, or both. Her sentencing is scheduled for April 3. 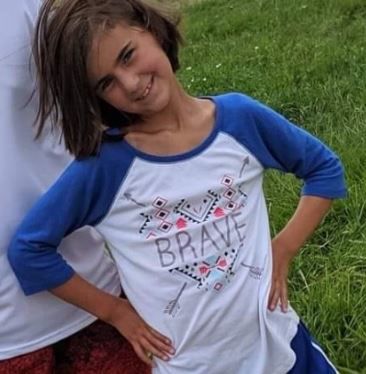 Abby Whitford died Aug. 22 from injuries she suffered when she was struck by a car while crossing the street in downtown Papillion. 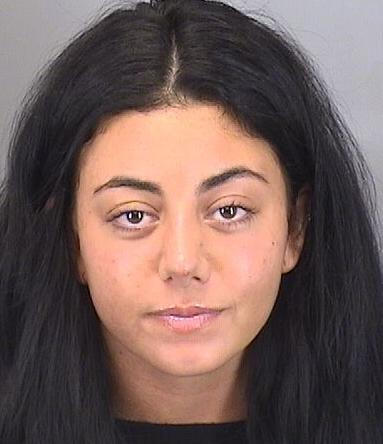