In turn, the woman who was responsible for her, Chelsey Cook, 22, has been charged with child abuse resulting in death, Douglas County Attorney Don Kleine said Friday.

Kleine said Alicia died Jan. 3 of hypothermia, which caused her heart, other organs and nervous system to shut down.

“There were several issues with the way the child was being taken care of,” Kleine said. Cook is “charged with child abuse resulting in death because of her failure to get medical attention when she knew the child was in distress.”

Under the charge — which carries a penalty of 20 years to life in prison — prosecutors have to show only that Cook intentionally abused Alicia, not that she meant to kill her.

Alicia’s body was found about 10 p.m. Jan. 5, wrapped in plastic in the basement of the house at 3025 Franklin St. Prior to amending the charges this week, Kleine had charged Cook with child abuse “because Cook didn’t seek medical attention for Alicia when the child was cold and barely breathing.”

Cook has said she was afraid to contact authorities because there was a warrant out for her arrest.

In December 2014, Cook had taken over care of Alicia after Alicia’s mother, Lakisha Morrow — on the brink of homelessness — signed a notarized document turning over the girl.

By the fall of 2015, the two had argued over who would get custody of Alicia. Chelsey Cook said the dispute was based in part on who would receive assistance payments from the state, according to a police report.

Alicia remained with Cook. By winter, Cook was not keeping the house warm, despite a report from Cook’s mother that she was paying for utilities for the recently renovated house.

Omaha police have described the house as “frigid.” The thermostat was set at 50 degrees. Cupboards were barren, save for two packages of ramen noodles. Fast-food wrappers and leftovers were found in the trash. Cook had Alicia and her own child sleep with little or no clothes on.

Cook told police that when she found Alicia early Jan. 3, the girl was unresponsive, blinking and barely breathing.

Instead of seeking help, Cook told police, she took out a Bible and began to pray over Alicia.

An hour and a half later, after wrapping the child in a blanket and rubbing her in an attempt to warm her, Cook told police, she realized that Alicia was dead. Worried that the child’s body would start to smell, authorities said, Cook covered Alicia with plastic, put her under the basement stairs and covered her with boards.

Lakisha Morrow has said she had been trying to get her child back. She has said other adults should have known about her daughter’s living situation and done something.

“I’m getting justice for Alicia,” Morrow said at the funeral. “My daughter was stolen from me. It’s like a piece of me is missing.”

Child froze to death because of woman's 'pure and utter selfishness,' prosecutor alleges

In a preliminary hearing Thursday afternoon, prosecutor Molly Keane said Cook committed child abuse resulting in death last month because she didn’t seek medical attention when Alicia Morrow was cold and barely breathing in the hours before she died.

Omaha starts 2016 with fewest homicides in a decade

Something of a criminal killing respite has unfolded in the year’s first quarter. There have been two homicides in the city in that period. Last year, when there was a record 50 homicides, 14 of them occurred during the opening three months.

Attorneys: Woman accused in death of 4-year-old girl left body under floor for 2 days as she went to work, church

Chelsey Cook, 23, is charged with child abuse resulting in death. She waived her right to a jury trial, so Douglas County District Judge Greg Schatz will rule from the bench.

After the prosecution rests its case, Schatz said, he will question Cook about the decision not to testify. The prosecution’s final two witnesses, both doctors, are to take the stand this morning.

‘There was no lack in that house': Mother of woman accused in death of 4-year-old was paying gas, electricity bills

The thermostat in the house was set to 50 degrees, a prosecutor said in a court hearing for Chelsey Cook on Friday. But Cook's mother, Delena Winston said the heater worked, and she was unsure why the temperature was set at that level.

'There is nothing you all can do to make me feel better': Mother mourns at prayer gathering for dead 4-year-old

Dozens gathered on the snow-covered front lawn of the house, and underneath umbrellas as snow and rain fell, they prayed for Alicia Morrow, her mother, and that the mother's complaints be addressed.

Chelsey Cook, 22, told Douglas County Judge Jeffrey Marcuzzo that she and her attorney made the decision to forgo a preliminary hearing in which prosecutors would have to produce evidence of a crime. Cook faces up to three years in prison if she’s convicted.

“She danced into our hearts, and she is still dancing there now," said her teacher, P.J. Auchterlonie.

Before being sentenced to 20-25 years, woman who let 4-year-old die says 'this whole situation is very irritating'

The girl died from hypothermia after she was kept naked and unfed for at least six hours in an unheated and unfurnished bedroom in a house at 3025 Franklin St. 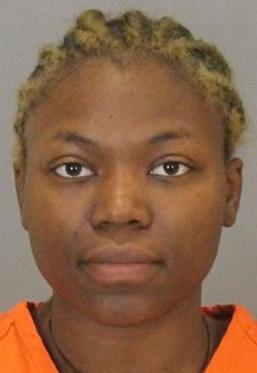 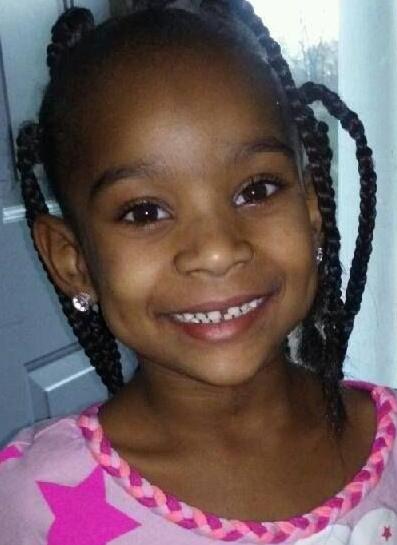