LINCOLN — As friends and family in Nebraska mourn the death of Sydney Loofe, residents of an Iowa farm town are mystified that a one-time star athlete from there is involved in the tragic and bizarre case.

Bailey Boswell, 23, is one of two “persons of interest” being held for questioning in the death of Loofe, who disappeared after going on a date with Boswell on Nov. 15. The date was arranged through the online dating service Tinder.

Boswell grew up in Leon, Iowa, a community of 2,000 about an hour’s drive south of Des Moines, just north of the Missouri state line.

She is remembered as a popular and friendly kid from a good family. She was a standout athlete who once scored 25 points in a basketball game and is listed as a member of the fastest 200-meter relay team in Central Decatur Community Schools history.

But after graduating from high school in 2012, her life took a wrong turn, said a former neighbor. Court records and her own videotaped statements indicate she was involved with drugs.

“She got into a bad crowd,” said Madison Blades, who works at the local Casey’s convenience store in Leon. “She kind of went on a bad path.”

More recently, Boswell and a male accomplice, 51-year-old Aubrey Trail — the other “person of interest” in the Loofe case — have been charged with crimes involving passing bad checks at antiques shops.

In April the pair presented themselves as high rollers at an antiques auction in Pennsylvania and walked away with $28,000 in gold and silver coins purchased with a bad check, an antiques dealer said. Now, law enforcement officials suspect they were involved in a series of similar rip-offs across the country that might add up to $300,000 or more.

The two were first identified by Lincoln police as persons of interest in the Loofe case on Nov. 28.

The next day, Boswell posted a video on social media with Trail in which they denied involvement in the disappearance of Loofe. She said Loofe, 24, was dropped off at a friend’s house after she and Boswell drove around town, smoking marijuana and stronger marijuana derivatives called “wax” and “shatter.”

“I just want the family to know I’m truly sorry. I didn’t have anything to do with this,” Boswell said in the video, posted Nov. 29.

“I hope Sydney is found, too,” she said, calling her “a sweet, amazing girl.”

The case took a grim turn Monday when a body, believed to be Loofe’s, was discovered in a remote farm field in Clay County, Nebraska.

More than 27,000 people have followed a “Finding Sydney Loofe” page on Facebook.

But while officials have released few details, more is becoming known about Boswell and Trail.

The two had a very public reaction to being named “persons of interest,” going on social media to defend themselves.

“Weird” and “strange” were two words that a veteran Lincoln police investigator used to describe their posts.

In videos, they denied involvement, complained about authorities “chasing us around like dogs” and tried to shift blame to police, who they said didn’t respond to their phone calls. In a later video, they announced plans to turn themselves in.

Boswell and Trail were taken into custody near Branson, Missouri, on Nov. 30.

“To me, they were kind of acting like Bonnie and Clyde, or James Dean — a ‘rebel without a cause,’ ” said Larry Barksdale, who teaches forensic science courses at the University of Nebraska-Lincoln.

He said he’d never seen such brazen posts in any past case.

Trail has a criminal record that includes two stints in Nebraska prisons for forgery and passing bad checks in Pierce and Dawson Counties. On the video, he also said he had been sought for crimes in Minnesota.

“I’m a thief but I’ll be goddamned, I’ve never killed anyone in my whole life,” Trail said.

Pierce County Sheriff Rick Eberhardt said he remembered Trail, “and not in a good way,” before he was sent to prison.

Representatives at antiques shops and malls in Omaha; Lincoln; Falls City, Nebraska; and Hiawatha, Kansas; said that Trail had frequented their shops.

Most said they were aware of his record of using bad checks. Antique toys and advertising signs were his favorites, said one dealer. Another said he arrived once with two young women.

In recent months, according to court files, it appears that Trail was working with Boswell in the antiques trade.

In April the two put on “a pretty good show” at an antique coin auction in York County, Pennsylvania, after sending several inquiries about the rules of participating in the auction.

Boswell showed up dressed in high heels, stylish slacks and a blouse that covered her extensive tattoos. Trail — who initially portrayed himself as Boswell’s father — sported a walking cane, a sweater vest and a chauffeur’s hat.

“They presented themselves as high rollers,” said Scott Wehrly of Wehrly’s Auction in Pennsylvania.

The couple produced a letter from a bank in Leon indicating that they had money to bid and that they were “players,” he said.

But the letter, as well as the $28,298 check provided by Boswell for antique gold and silver coins, were frauds.

“They were very professional,” Wehrly said. “I bet they sold (the coins) and had a heck of a party.”

Trooper Tyler Stepanchick of the Pennsylvania State Police said the two are suspected in theft and bad check cases from several states totaling between $300,000 and $500,000.

In Pennsylvania, Boswell is charged with three felony theft and bad check charges. She posted $7,500 in bail and is scheduled for a court appearance in February.

Court files in Pennsylvania indicate the Farmer’s Bank in Leon also reported that Boswell passed a fraudulent check of $15,391 in Kansas.

On Friday, Boswell and Trail were charged in federal court with unlawful transportation of stolen goods valued at $5,000 or more from Hiawatha, Kansas, to Nebraska.

Also Friday, Lincoln police posted a request for information on a Facebook page that focuses on crimes involving coins and collectors.

The post said Boswell and Trail were suspected in a counterfeit coin case in Lincoln in June, as well as other cases in Iowa, Utah, the central Plains and in the southeastern U.S., including Tennessee.

“We are also looking for additional victims,” the post stated.

In Wilber, Nebraska, the last place that a cell tower received a ping from Loofe’s cellphone, Boswell and Trail rented the basement of a house just yards from the town’s high school. The two had lived there for at least the past six months but were a mystery to most people in town.

One neighbor, Alex Schettler, said he noticed the two arguing a couple of times as they hurried to leave. He also said they didn’t return his friendly waves.

“I just thought ‘That’s not very Wilber-like,’ ” he said.

Clerks at the local convenience store said Boswell would come in alone most of the time, buy cigarettes, and prepay for gas. She dressed nicely, they said, and had manicured nails.

In Leon, Boswell was known as a girl who liked to dress up and wear false eyelashes. She had only one minor infraction during high school: failure to use a seat belt.

After high school she moved to northern Missouri. There, she had a child with a former high school football player. In February 2016 she filed a protection order against the father, who was living with her in Trenton, Missouri, alleging emotional and physical abuse. The toddler now lives with her parents in Leon.

In April 2016 she was arrested for possession of marijuana and use of drug paraphernalia in Lincoln, then failed to appear for a court hearing in May.

How Boswell became involved with a man twice her age remains unclear. In Wilber, people who saw Trail and Boswell together assumed they were father and daughter — until they saw them holding hands. In Pennsylvania, officials there believed they were engaged.

Instead, Boswell faces criminal charges in Nebraska and Pennsylvania, as well as questions about a woman’s disappearance and death.

“In high school, she really didn’t seem like that kind of person,” Blades said.

An FBI spokesman said Friday that speculation about sex trafficking or other motives that might have led to Sydney Loofe’s death is just that.

At Lincoln vigil, Sydney Loofe is remembered for compassion for others

“She’d give everything off her back to someone if they needed it,” she said. “She was the most caring person I ever met.”

Aubrey Trail, 51, and Bailey Boswell, 23, have been charged with transporting stolen items across state lines, according to documents filed Thursday.

“We can’t get into specifics,” FBI spokesman Huston Pullen said Wednesday. “We want to make sure we’re doing everything right by Sydney and her family.”

Sydney Loofe was “the kind of kid that you wanted in class,” a former teacher recalled on Tuesday as the city mourned the young woman’s death.

Now that her body apparently has been found, friends and family in the northeast Nebraska town of Neligh are left to grapple with the news that the sweet girl beloved by many died so young.

“It’s with heavy hearts that we share this most recent update with you all. Please continue to pray for Sydney and our entire family,” the family wrote above a photo of the smiling 24-year-old. “May God grant eternal rest unto thee. We love you Sydney.”

Police were active in Wilber earlier this week and again on Friday near the Big Blue River. The Nebraska State Patrol helicopter was also in use in the area, the patrol confirmed. But officials had no update on Loofe’s disappearance.

George Loofe, the father of missing 24-year-old Sydney Loofe, thanked people Thursday who have gotten the word out on social media about his daughter's disappearance but added that "someone knows something. Please, please do the right thing."

Sydney Loofe's family reported her missing Nov. 16. She last was seen Nov. 15 in Wilber, Nebraska, which is about 40 miles south of Lincoln.

Authorities continue to investigate what happened to the woman, whose body was found Dec. 4 in Clay County.

The two remained in jail in connection with the charges and continue to be persons of interest in the disappearance and death of 24-year-old Sydney Loofe of Lincoln, an FBI spokesman said.

Lincoln attorney Korey Reiman, who was appointed Thursday to represent Aubrey Trail, said that federal charges of transporting stolen property against his client will become “moot” when more serious charges are filed against Trail in the disappearance and death of Sydney Loofe, a 24-year-old Menards clerk from Lincoln.

Aubrey Trail says he expects charges against him, girlfriend in Sydney Loofe case

Aubrey Trail, a person of interest in the disappearance and death of Sydney Loofe, said he’s given three statements to the FBI, but that “having information about a case doesn’t necessarily mean you’re guilty.”

The charges against Aubrey Trail and Bailey Boswell are related to their past as traveling antique dealers. They now face a total of 14 counts alleging that they defrauded two people of more than $400,000 in money and property. 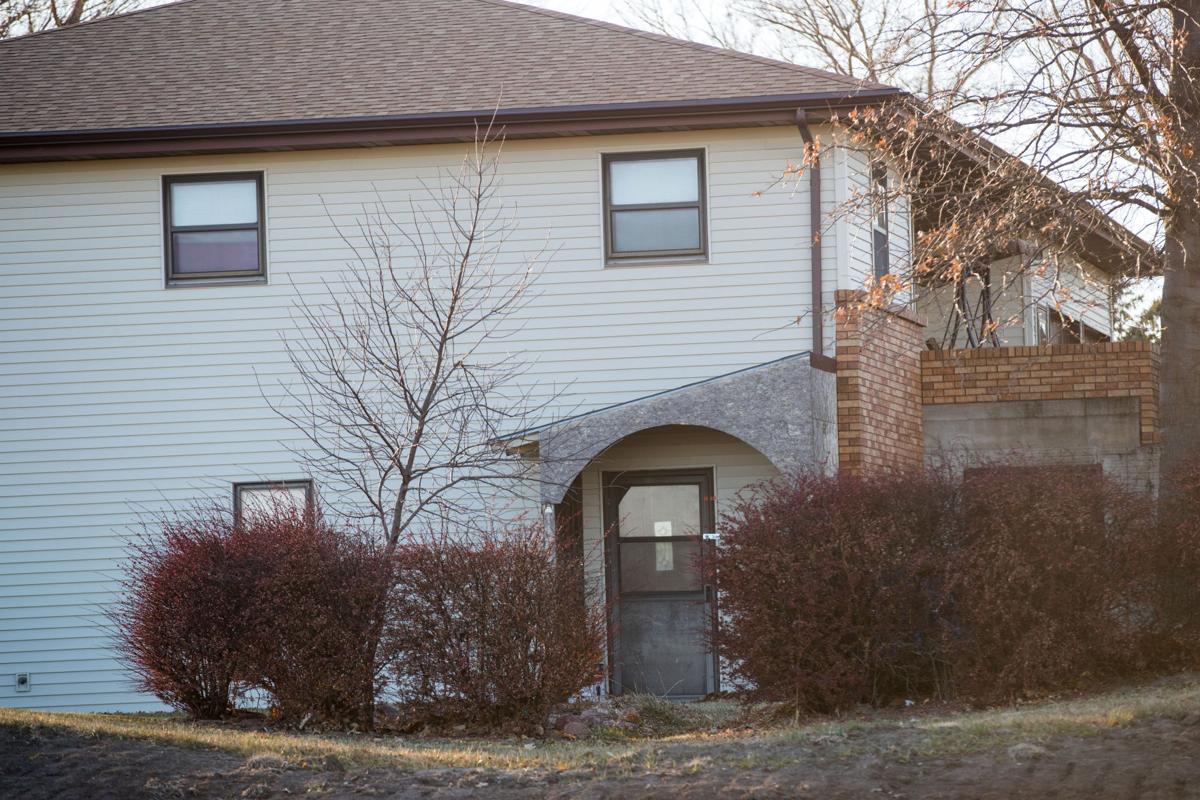 Aubrey Trail and Bailey Boswell rented the basement of this house in Wilber, Nebraska, for at least the past six months. Wilber was the last place Sydney Loofe's cellphone sent a ping to a cell tower. 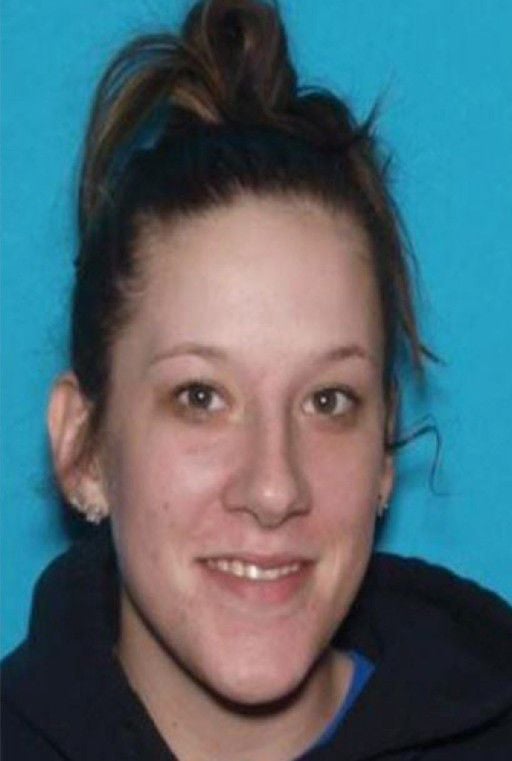 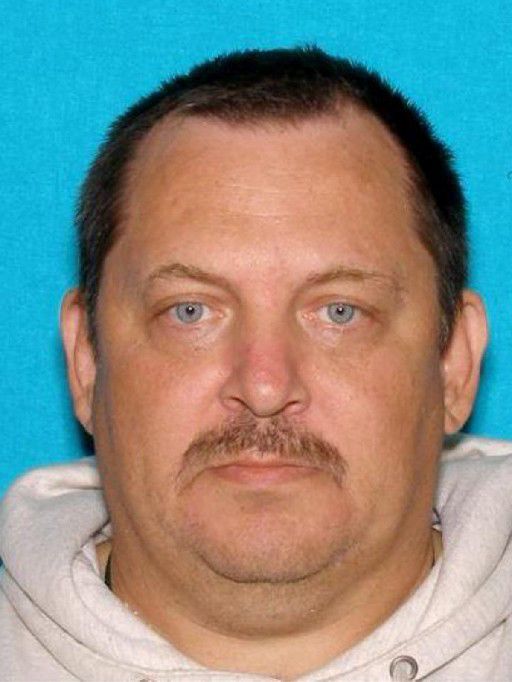