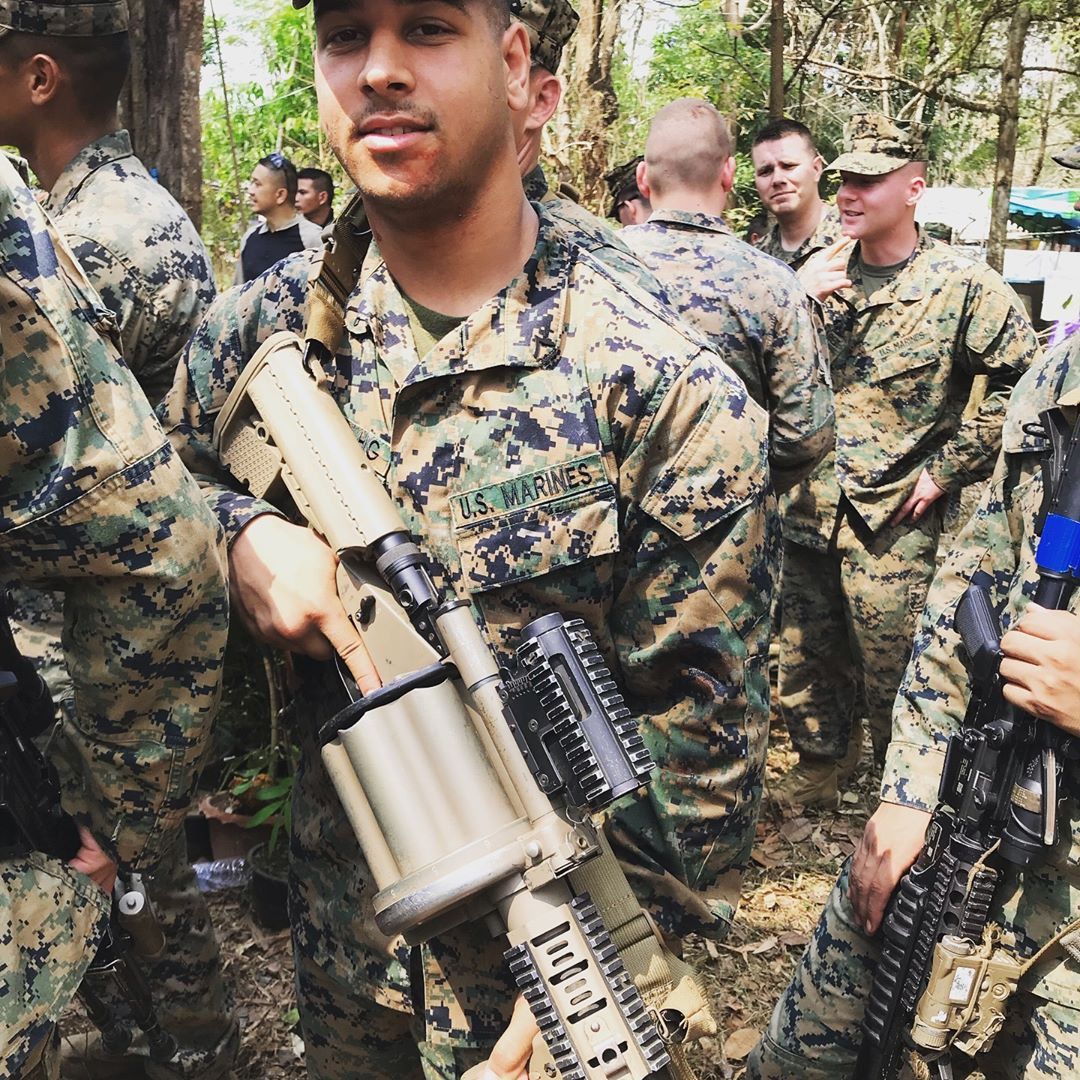 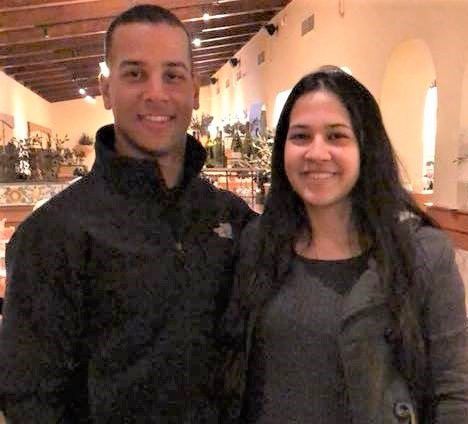 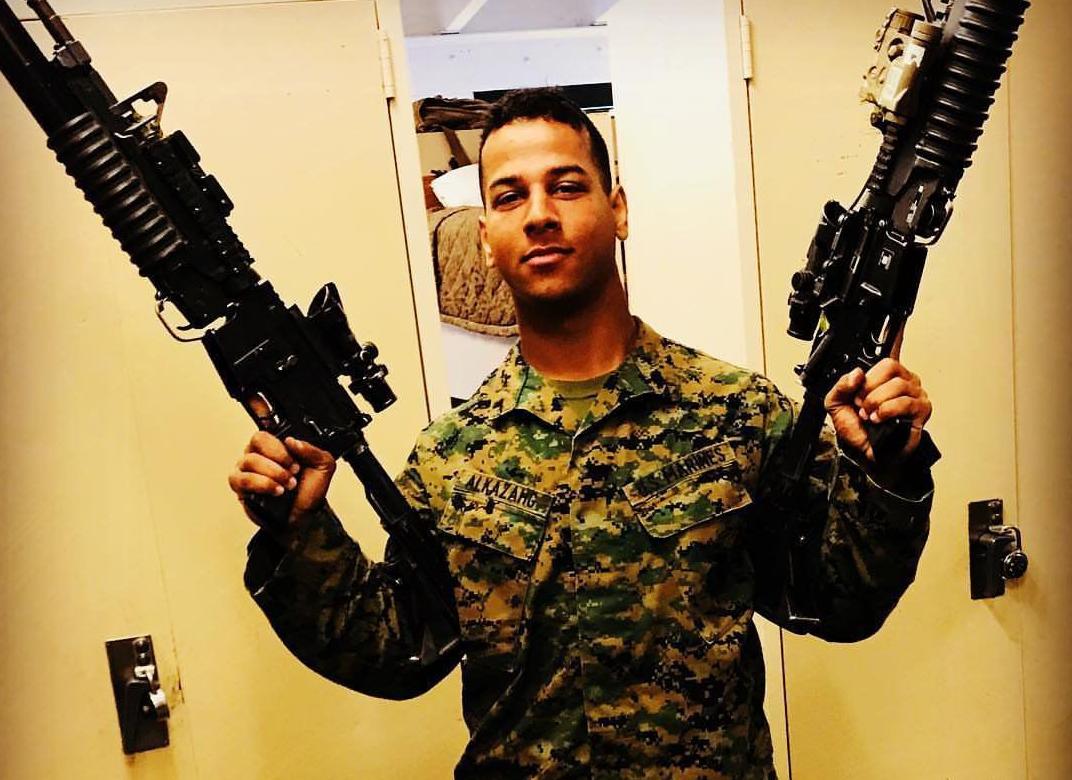 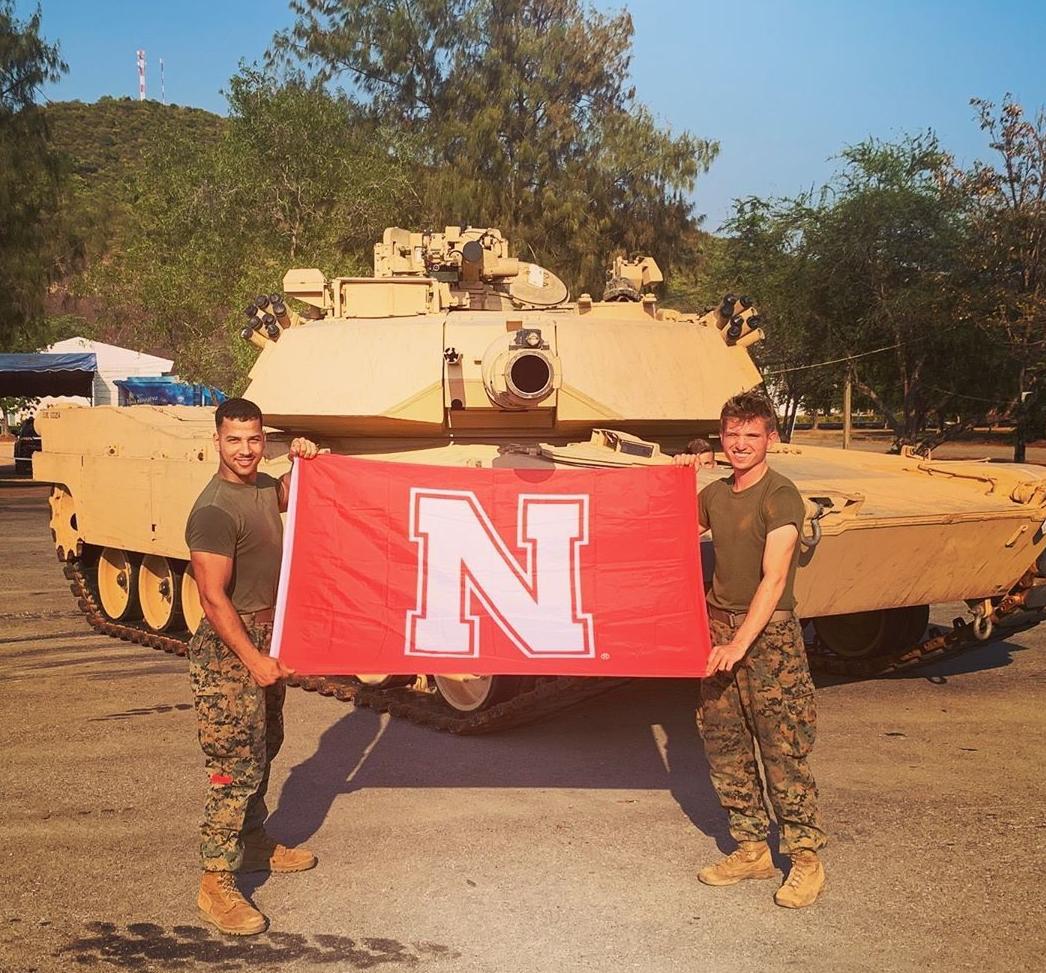 Pfc. Ali Al-Kazahg, left, and a fellow Nebraska Marine with a University of Nebraska flag this year in Thailand.

A Marine from Nebraska who tried to enter Offutt Air Force Base last May with firearms and ammunition in his truck has been sentenced to three years in a military prison.

Pfc. Ali Al-Kazahg, 22, of Milford pleaded guilty to charges of unlawful possession of firearms, fraudulent enlistment and making false official statements. The move was part of a plea bargain during a court-martial Tuesday at Marine Corps Base Hawaii, where he is stationed.

Al-Kazahg’s sentence also includes a bad conduct discharge and reduction to the lowest enlisted rank, said Capt. Eric Abrams, a Marine Corps spokesman. He will receive credit for 288 days he already has served.

The fraudulent enlistment charges resulted from information Al-Kazahg withheld when he joined the Marines in September 2017, including a previous arrest, suspension from school and being fired from a job, Abrams said.

The false statements stem from “purposefully misleading government officials” in his chain of command and at Offutt, he said.

Al-Kazahg was home on leave visiting family when he was arrested May 31 at Offutt’s Capehart Road gate. Security officers searched his truck and found two semi-automatic rifles, a pistol, a silencer, a bump stock, a vest with body armor and a case of ammunition.

The type of equipment security officers found in his truck initially led them to fear Al-Kazahg might have been planning an assault at the base or elsewhere, but military authorities did not charge him with terrorism-related offenses.

He had been flagged at the gate because of a “be on the lookout” bulletin issued by Nebraska law enforcement authorities after he allegedly made threats to shoot up his barracks in Hawaii.

The bulletin, obtained by The World-Herald, also said he had been reported for “suspicious activity” and cited a 2016 assessment by the Lincoln Police Department that he was “dangerous, has an infatuation with guns and violent acts, and has a dislike for law enforcement.”

Al-Kazahg’s sister, Nedhal Al-kazahy of Lincoln, said he was planning to work out at Offutt’s gym when he was stopped and had “zero intentions” of causing harm.

Al-kazahy said her brother was born in Michigan to parents who were refugees from Iraq. Their names are spelled differently, she said, because of a mix-up on a birth certificate.

She said he and his six siblings were raised primarily in foster care in Omaha and Lincoln, though they remained close to their parents. Their father died several years ago. Their older brother was killed in a shooting in 2012.

Al-kazahy said her brother moved in with a family near Milford when he was about 16 years old and played high school football there. After graduating, he studied criminal justice at Southeast Community College and worked briefly as a Nebraska correctional officer in Lincoln before joining the Marines.

She said his parents and some of his siblings are Muslim, but Al-Kazahg converted to Christianity while living with his foster family.

Al-kazahy said she thinks he was victimized by the Marines and targeted for prosecution because of racism.

“No matter what you do in life, if you are a person of color it’s always going to be 10 times harder for you,” she said. “You have to work 10 times harder than the person who is white.”

The Marine Corps said in a statement that an investigation found the accusations of discrimination to be unsubstantiated.

“The Marine Corps does not tolerate racism or bullying and expects all Marines to act in a professional manner, maintain an atmosphere of dignity and respect, and ensure an environment free from discrimination, harassment, and assault,” the statement said.

Most military bases don’t permit any carrying of personal firearms on base. In September 2018, Offutt’s 55th Wing did begin allowing military and civilian workers with concealed-carry permits to bring locked, unloaded weapons on base as long as they were left in vehicles.

Last month, Col. Gavin Marks, the Wing’s commander, made a controversial decision to revoke that policy. Now, only members of security forces may bring arms to Offutt.

This report includes information from the Associated Press.

'I just enjoy killing. Simple as that.' Quotes from airman's journal shared at sentencing in Offutt slaying

Prosecutors said it will likely be "decades" before a parole board even considers releasing Timothy Wilsey, who pleaded guilty to premeditated murder for the killing of Airman 1st Class Rhianda Dillard.

'What went wrong?' Friends, family are baffled as to how Offutt airman became killer

In a 48-minute video prepared by Airman 1st Class Timothy Wilsey's defense lawyers, those close to him described him as a loving son and brother who befriended his three sisters as they moved from place to place while their father served in the Air Force.

While on the run, Offutt airman wrote that he had thoughts of killing again

describing Dillard’s murder and the days that followed until his apprehension at a hotel in Emporia, Virginia, 13 days later, had not previously been admitted in court. But the prosecutor argued Friday that it should be considered.

Airman 1st Class Timothy Wilsey's guilty plea is part of a pretrial agreement with military prosecutors. The maximum sentence for premeditated murder is life in prison without parole, and the minimum sentence is a life sentence with the possibility of parole.

Man who shot at Cass County deputies struck by gunfire

The deputies were not injured and have been placed on administrative leave.

The 80 U.S. airmen missing from the 'Black Sunday' raid on Ploesti

The bodies of airmen killed in Operation Tidal Wave were recovered by Romanian citizens and buried in Ploesti. After the war, they were turned over to the American Graves Registration Service.

Ex-Offutt airman reported a sexual assault, then she was punished for underage drinking

Christina Portwine's story has been a driver behind Rep. Don Bacon's efforts to change the law to make it easier for people who allege sexual assault in the military to come forward.

Chief Petty Officer Charles T. Briggs, who once served at Offutt Air Force Base, pleads guilty after printing a copy of his travel itinerary at Offutt and sharing it with his Russian girlfriend. 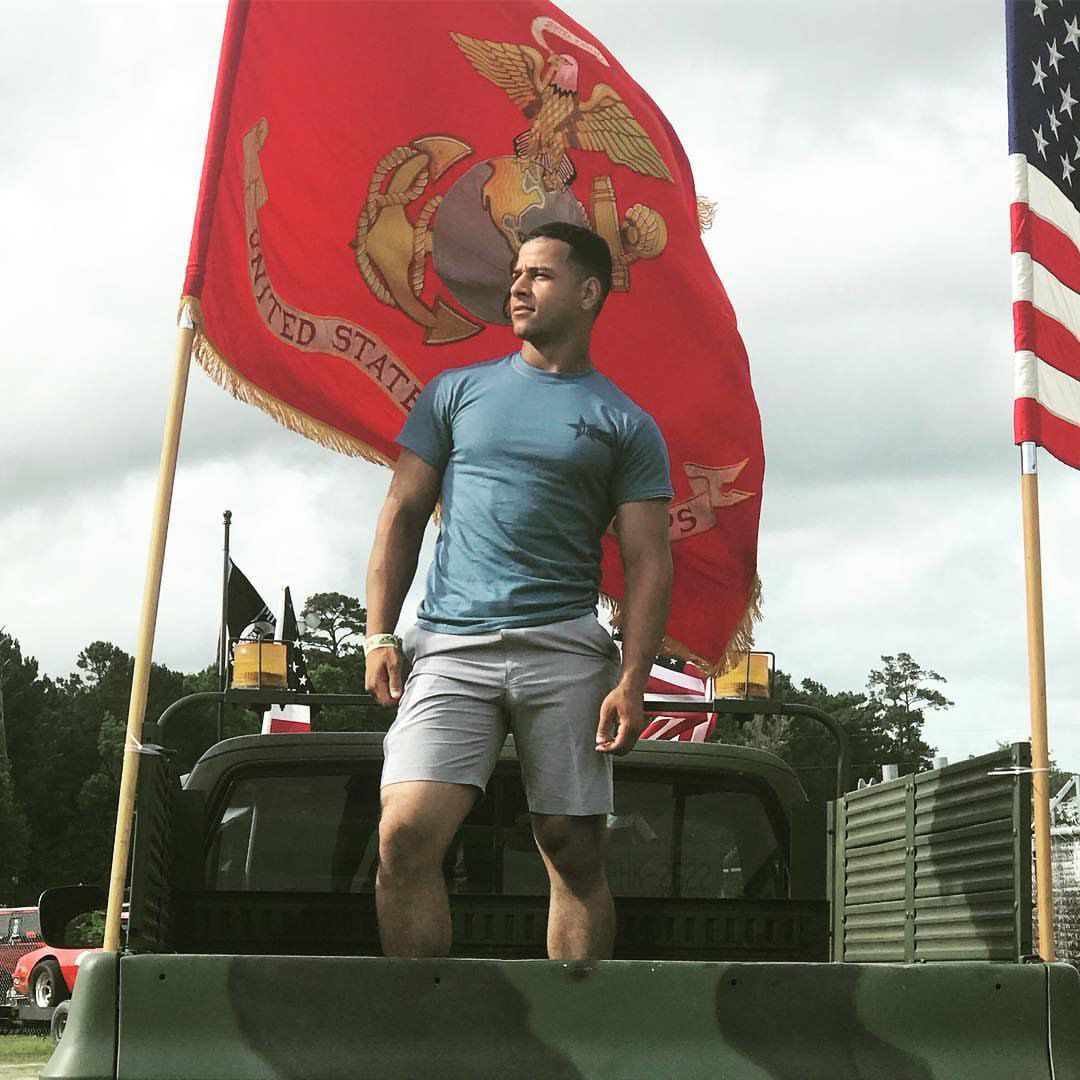 Pfc. Ali Al-Kazahg, left, and a fellow Nebraska Marine with a University of Nebraska flag this year in Thailand.