OPS Superintendent: District can either have school or sports, but not both

LINCOLN — The year isn’t even half over, but so far in 2018 the Nebraska State Patrol has seized more illegal drugs than in recent years.

Drug bust totals so far this year have totaled about 4,500 pounds of marijuana, 70 pounds of hash, 90 pounds of methamphetamine and 118 pounds of fentanyl.

Nebraska State Patrol Col. John Bolduc said Thursday that there has been an emphasis on educating troopers about the drug trade and the nexus of drug trafficking and other crimes.

“Being diligent and being observant and being visible, not only on the Interstate but in other parts of our state ... has produced these kind of results,” Bolduc said.

Matthew Barden of the Drug Enforcement Administration said that since October various law enforcement agencies in the state have taken 275 to 300 pounds of fentanyl off the streets.

Gov. Pete Ricketts honored the agency and specific troopers in a ceremony at the State Capitol on Thursday for seizing more than 1,850 pounds of marijuana in April and a record-breaking 118 pounds of fentanyl that same month.

Troopers seized the fentanyl in a traffic stop on Interstate 80 near Kearney on April 26. Initially, authorities reported that it was both cocaine and fentanyl, but lab tests later revealed that it was all fentanyl.

That was the largest single bust of the drug in Nebraska history and one of the largest busts in the country.

The value of the fentanyl was estimated to be more then $20 million, Bolduc said.

In 2016, 116 people died every day from opioid-related drug overdoses, according to the CDC.

“This work is saving lives,” Bolduc said of the drug seizures. “We can’t even extrapolate out the number of lives that this particular bust has impacted.”

The fentanyl was found about 10:20 a.m. April 26 when troopers stopped an eastbound 2013 Freightliner semitrailer truck driving on the shoulder near mile marker 280.

According to court records, the truck had U.S. Mail markings and faded markings from another company. The trooper followed the truck with emergency lights for two miles before the truck finally pulled over.

The troopers became suspicious because the truck was empty, there was no electronic log, the driver was nervous and visibly shaking, and the driver and passenger had different stories about why they were in California for 10 days, according to the probable cause affidavit.

When troopers searched the vehicle they found a hidden compartment with the drugs in the otherwise empty trailer.

The driver and passenger have both been charged with felony possession of a controlled substance with intent to deliver.

Barden said the state is not facing the overdose death numbers that other parts of the country have experienced, but it would be foolish to think it can’t happen in Nebraska.

The other bust included seizing more than 1,850 pounds of marijuana and other drugs during a traffic stop on Highway 81 in Fillmore County on April 18.

In that instance, Bolduc said, the truck was driving on the shoulder when the trooper pulled the it over. Once the vehicle was opened, troopers could smell the more than 1,800 pounds of marijuana.

“He didn’t even need a dog,” Bolduc said.

The estimated street value of the drugs is $5 million to $10 million, the patrol said.

Nebraska state troopers said Thursday that they had seized more than 1,850 pounds of marijuana worth an estimated $5 million.

Georgia man, 32, arrested in Lincoln with 100-plus pounds of pot

The Nebraska State Patrol said the East Point, Georgia, man was stopped around 9:20 a.m. Monday while driving a 2018 Ford Expedition near the U.S. Highway 77 interchange.

A pair of traffic stops in Hamilton County less than five minutes apart netted 381 pounds of marijuana and landed two men in jail.

Nebraska State Patrol finds pot worth $600,000 during I-80 traffic stop

About noon Wednesday, Nebraska State Patrol troopers seized 199 pounds of high-grade marijuana and a gun from a Californian headed east.

Three people, from Wisconsin and Kentucky, were arrested on suspicion of possession of marijuana with intent to deliver.

The attorney falsely reported to court officials that he had “updated by telephone” the status of the ward when, in fact, he had not seen the adult or spoken to anyone at the care facility for six years.

U.S. Attorney General Jeff Sessions is scheduled to visit Omaha on Thursday to make an announcement regarding law enforcement actions to comba…

The DEA announced it would be creating a new division, based in Omaha, to oversee Nebraska, Iowa and the Dakotas.

More than $1 million worth of marijuana and related items were seized Wednesday after authorities pulled over a semitrailer truck on Interstate 80.

An Englewood, California, woman arrested Oct. 31 faces felony charges of drug possession after a traffic stop for speeding uncovered 6.6 pounds of methamphetamine in her car, according to authorities.

Fentanyl is so potent that even a small amount — the equivalent of a few grains of salt — can be lethal.

State troopers found 118 pounds of fentanyl in a false compartment of a semi’s trailer in April. The seized opioid was valued at more than $20 million. 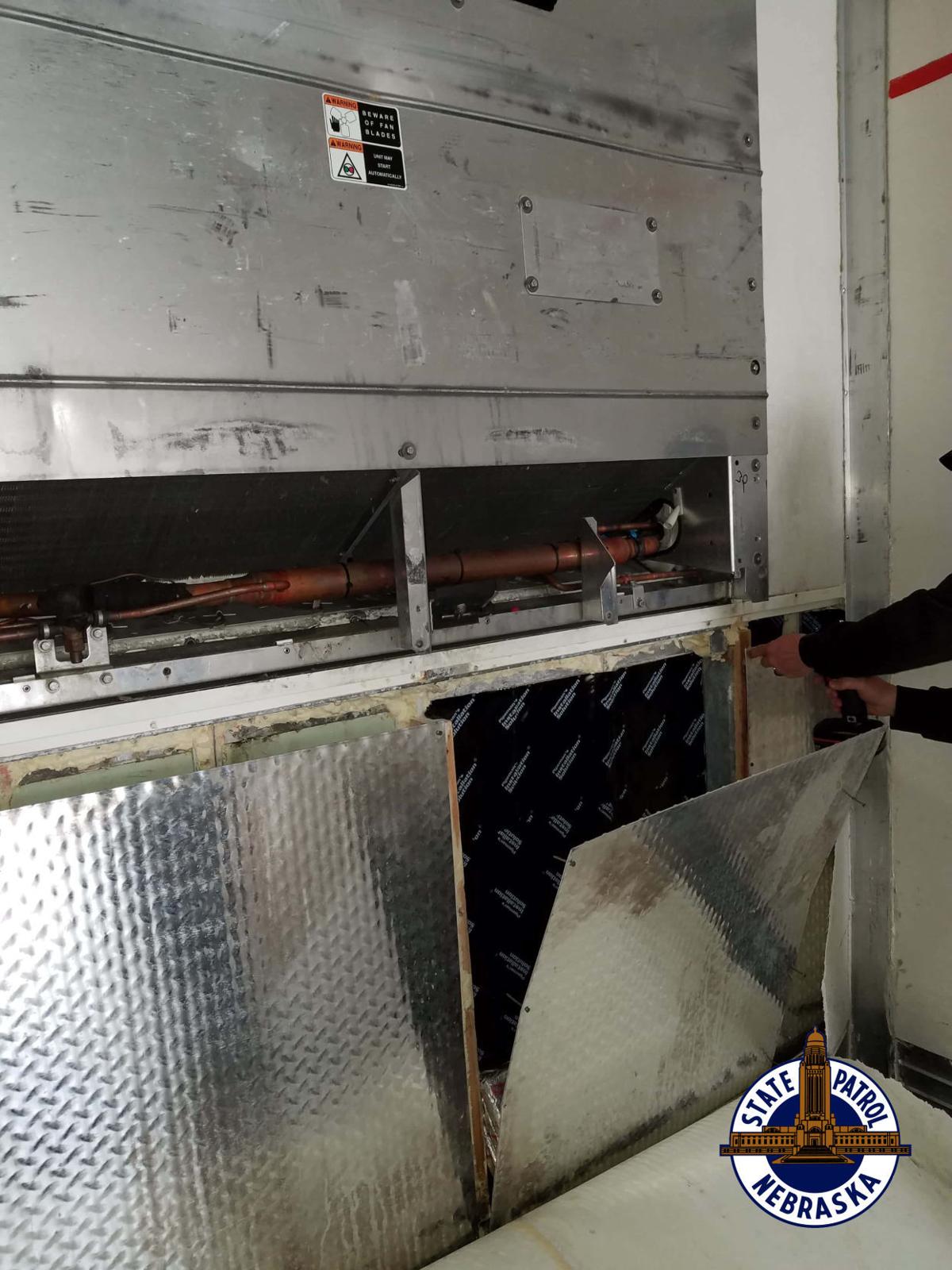 A trooper shows a semi’s hidden compartment that held 118 pounds of fentanyl. The truck was stopped on I-80 near Kearney.