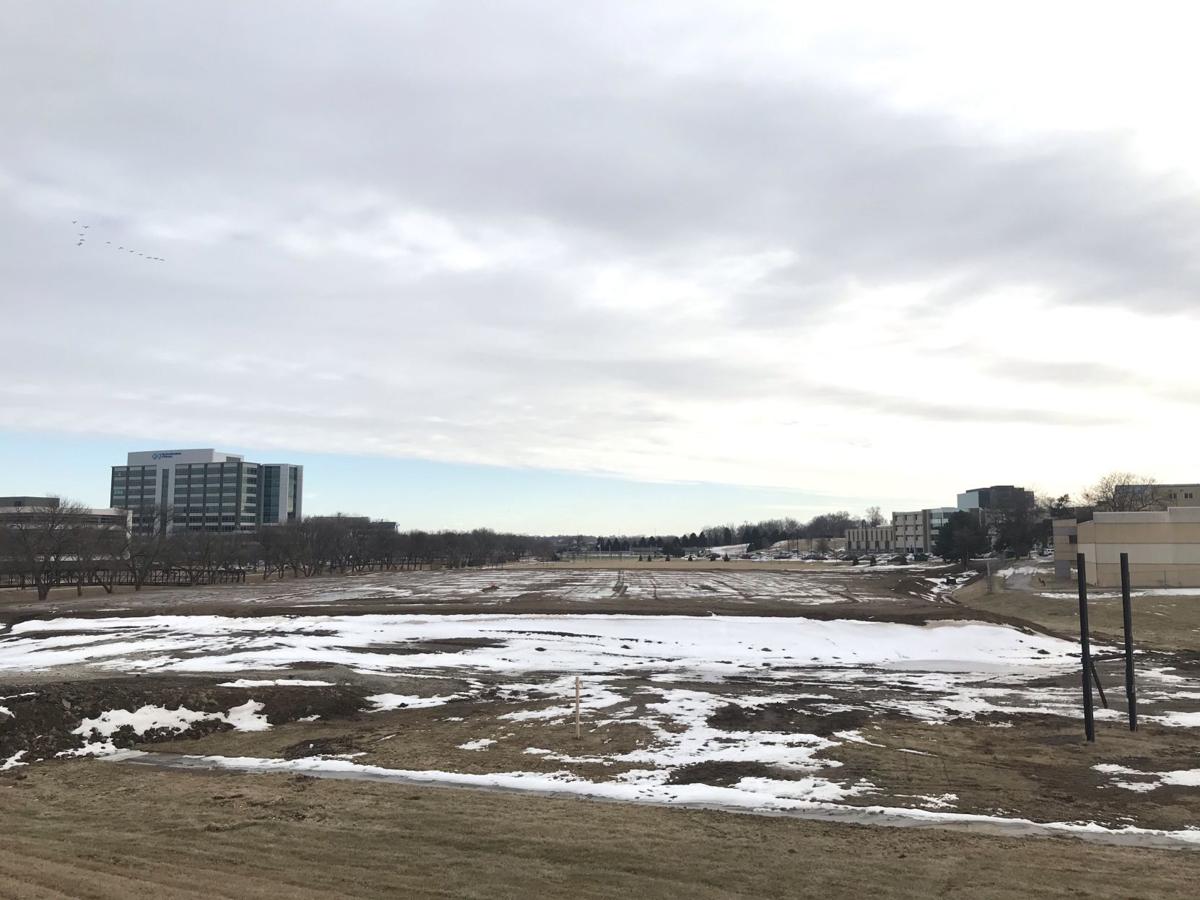 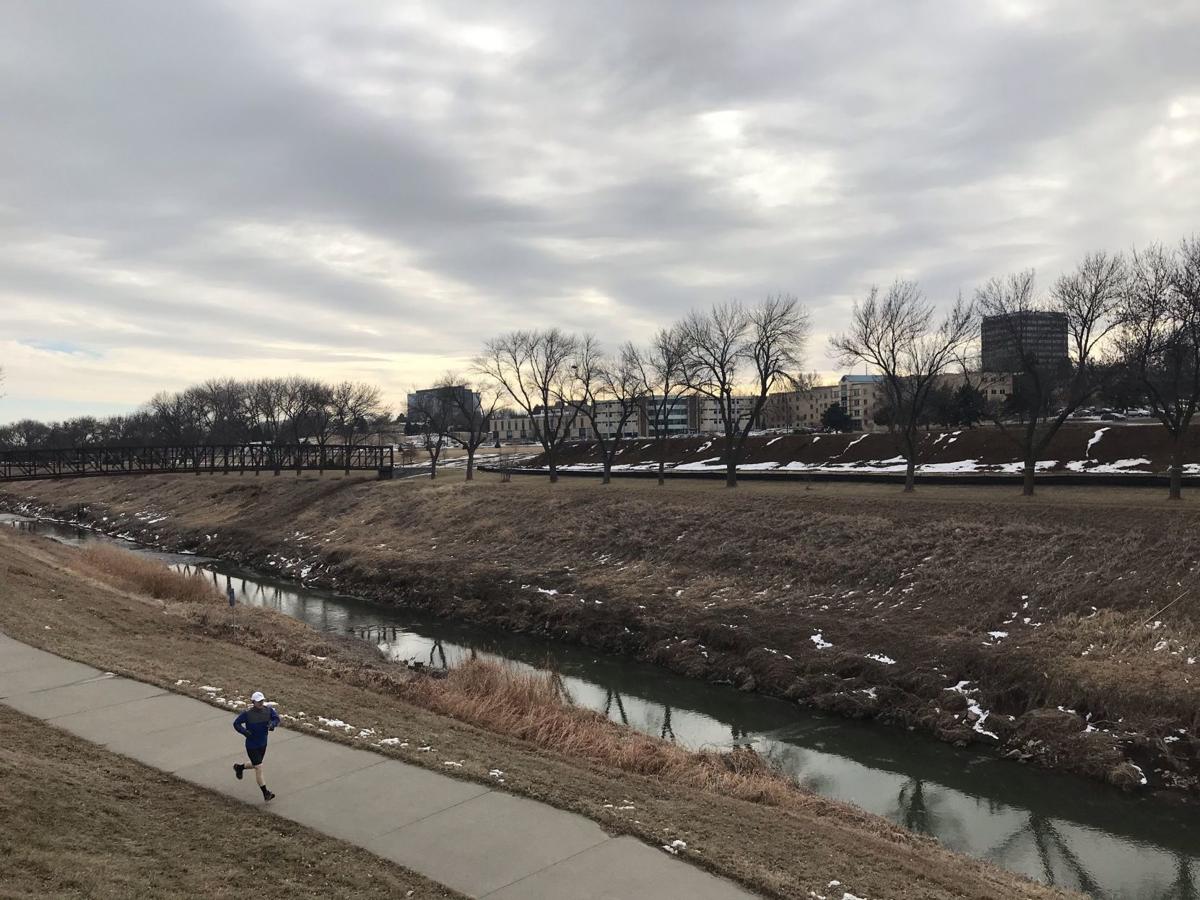 The College of St. Mary plans to build a new field house with a 200-meter indoor track for the Flames’ newest sport, plus courts for basketball and volleyball and batting tunnels for softball, among other facilities.

College officials hope to break ground as soon as March on the 82,000-square-foot complex near 70th and Pine Streets. That’s on the east side of the College of St. Mary campus, just across the Little Papillion Creek from Aksarben Village.

They’re calling it the College of St. Mary Wellness and Athletic Center. The $18 million project will include a golf simulator, new fitness areas and cardio equipment, modern locker rooms, a human performance lab and meeting space, according to the college. A link will be built to the college’s existing Lied Fitness Center, which will receive “a little face-lift” inside and out, the civil engineer on the project told the Omaha Planning Board on Wednesday.

“This is an exciting project,” Dawn Danley, a civil engineer with the DLR Group who was an assistant volleyball coach at College of St. Mary for 10 years, told the Planning Board.

The project will be completely funded by donations from alumnae and friends of the college.

The Planning Board voted 6-0 to recommend approval of rezoning the site, allowing an amendment to the college’s conditional use permit and granting a waiver of a building height limit of 35 feet. The field house would be 44 feet tall.

The site includes the College of St. Mary’s former soccer fields. They have been moved. The college has been grading the site to raise the elevation about 6 feet, Danley told the Planning Board. That was needed for the elevated link between the fitness center and field house.

Contacted Wednesday, college officials released a fact sheet on the project but declined to elaborate in advance of a formal announcement, expected soon.

The college, led by President Maryanne Stevens, is connected to the Sisters of Mercy, a Catholic organization founded in Ireland in the 1800s to serve and educate people in need. It’s a women’s college, although some graduate programs are open to men.

It has an enrollment of 1,168. Its enrollment grew in 2018 after it reduced its tuition price, but the point of the reduction wasn’t to attract more students but to make the college more affordable and attractive to middle- and lower-income students.

The College of St. Mary Flames compete in 10 varsity sports in the National Association of Intercollegiate Athletics. They are members of the Great Plains Athletic Conference, which includes 10 schools in Nebraska, Iowa and South Dakota.

UN secretary general says 'the world must wake up'

UN secretary general says 'the world must wake up'

A national report last year estimated that well above one-third of students surveyed felt uncertain about their ability to afford and acquire nutritious food.

Creighton will stop requiring standardized test scores from most applicants

"I want us to provide greater access for less advantaged candidates," the university's president, the Rev. Daniel Hendrickson, said Tuesday. However, once enrolled, students will still have to submit their ACT or SAT results so that the university can examine how well the policy is working.

The alleyway isn't paved. It doesn't carry any traffic, except when Michel Payne drives a pick-up down it. Nobody needs it to reach their garage. It doesn't even go all the way to the next block.

Many taxpayers are likely to see increases in valuations due to a continued rising real estate market in metropolitan Omaha.

A look at Papillion Landing, the $51 million rec center that opens Monday

Papillion Landing features an indoor water park, an indoor playground and a large gym. It has a yoga studio, a cycling room and an area with free weights and weight machines. Another portion of the building includes a digital library, classrooms, a ballroom for weddings and other events, and an outdoor courtyard.

The bonds will pay for two new high schools a new elementary school and improvements throughout the district.

A marquee feature of the 9,700-square-foot Titan Performance Center will be an indoor synthetic turf field that will be used for large group training. A new weight room will house weights and racks to supplement the school’s current weight room.

Under the proposed county ordinance, the first false intrusion alarm within a year would be free — but a second or third would cost the business or homeowner $100. The fee would jump to $250 for a fourth false alarm and any other one after that.