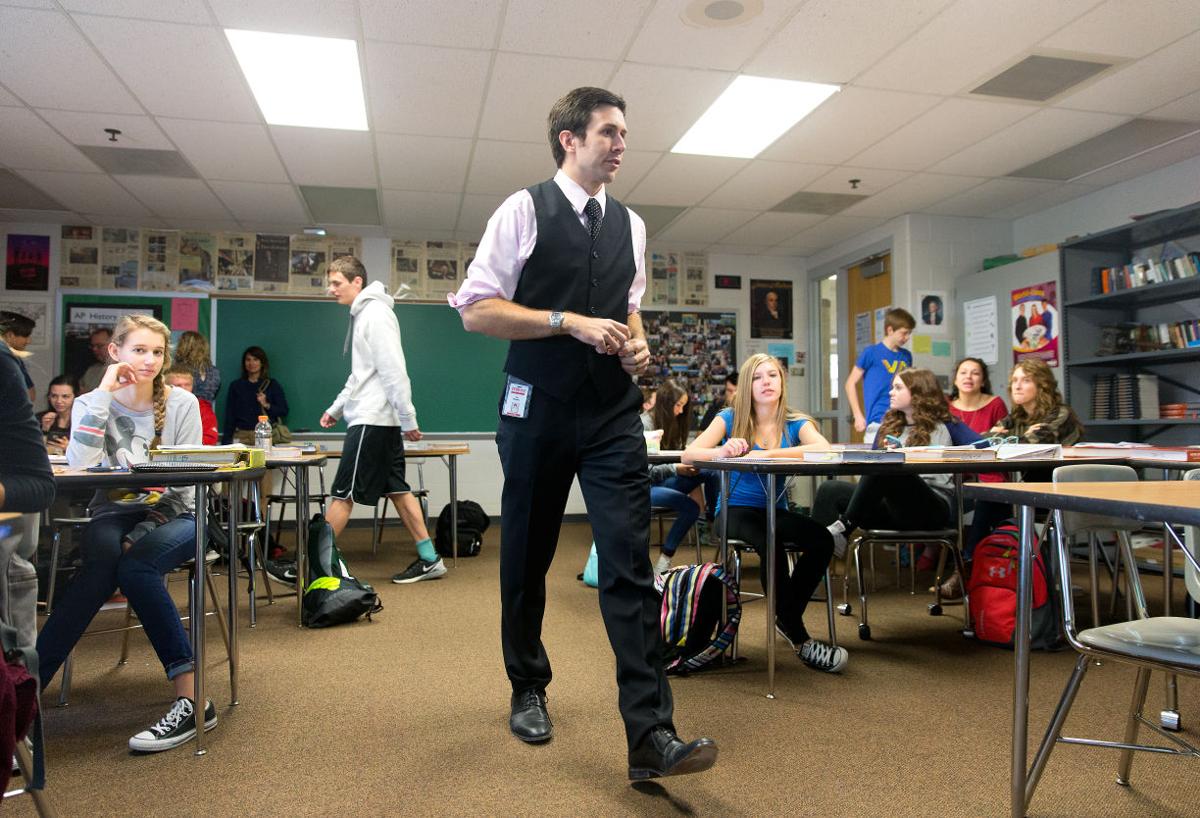 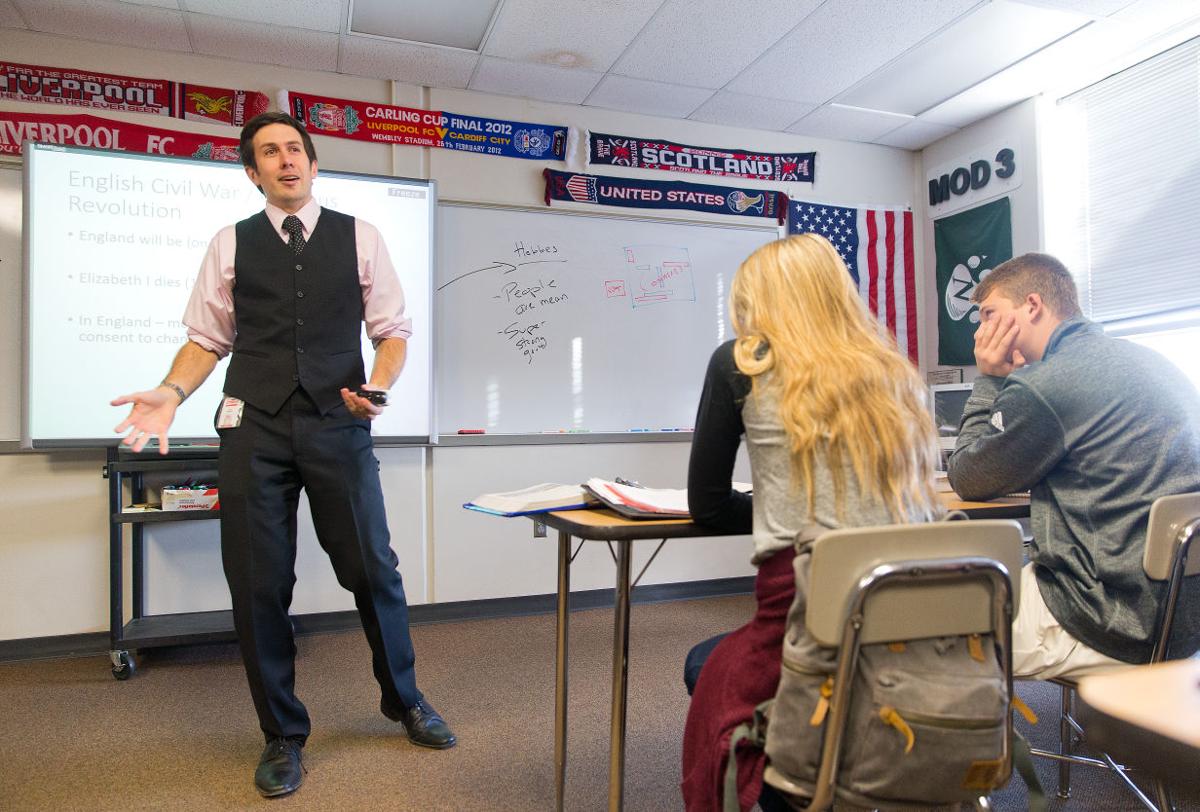 When Tim Royers teaches history, however, “there’s never a dull moment,” said Leah Newell, 15, one of Royers’ students at Millard West High School. “There’s never a moment where I don’t want to be here.”

Royers, 30, was named the 2016 Nebraska Teacher of the Year on Monday. The award recognizes the state’s top teacher for his or her skill, knowledge, dedication and ability to inspire students.

State Education Commissioner Matt Blomstedt, Millard School Board members and a host of other visitors crowded into Royers’ classroom for the surprise announcement.

“This is really overwhelming,” Royers said.

“We hope so,” responded Blomstedt. “That’s the way we like to do these things.”

He has also coached debate, serving as Millard West assistant coach from 2007 to 2012 and then head coach through last school year. The team won the state championship in policy debate in 2010 and 2013 and was the overall state champ in 2010, 2011, 2012 and 2013. They were perennial qualifiers at the national debate tournament.

In his submission to the judging panel, Royers said he wants students to think critically, consider multiple perspectives and be able to assess causes of events over an extended period of time.

During the next year, he will serve as an ambassador on teaching issues for the state and will be in the running for national teacher of the year.

A panel of Nebraska educators made the selection. The panel includes a retired educator, a former teacher of the year, a retired superintendent, the president of the state teachers union and a member of the Nebraska State Board of Education.

The 2015 Nebraska Teacher of the Year was Shelby Aaberg of Scottsbluff High School.

Royers had already begun his lesson for the day when the visitors burst in. Highlights of “Religious and Political Transformations in Europe” filled the projector screen.

Royers said he was inspired to become a teacher by Matt Heys, his AP U.S. history teacher, who still teaches at Millard West. Royers said he wanted to inspire his own students in the same way.

His students were thrilled with the award — as part of the celebration, they got cookies.

“It’s been pretty incredible how he unleashed my own academic potential,” said Gino Nuzzolillo, 17, another student in the AP World History class.

Gabby McGinn, 15, said, “I’ve never had a teacher care so much about teaching.”

Royers noted that a lot of other people made it possible for him to get the award, including his students.

Once the formal award was made, Royers tactfully suggested to the gathering of VIPs that it was time for them to leave his classroom.

“If you don’t mind, honestly, I’d like to get back to business,” he said.

Read the press release: Tim Royers is Nebraska Teacher of the Year