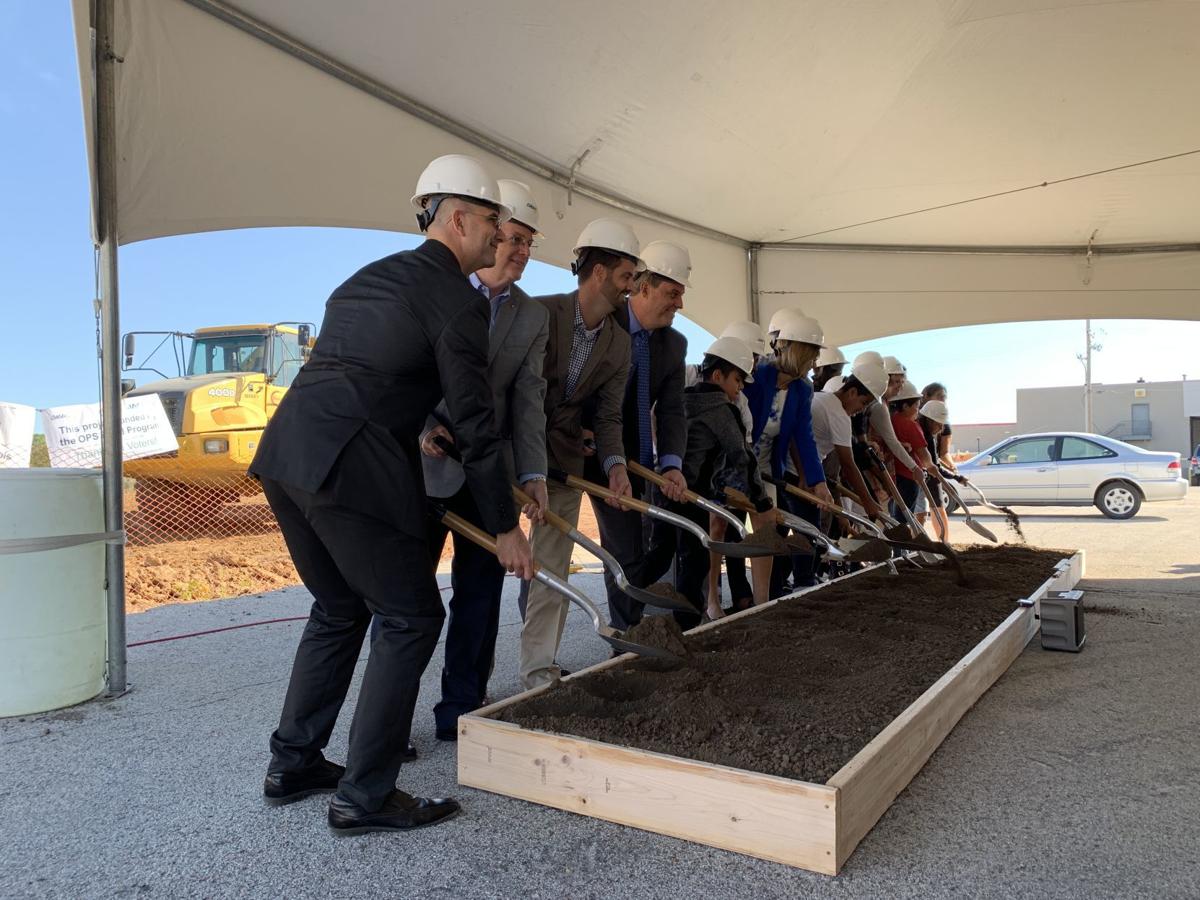 Officials and students ceremonially broke ground Friday at the site of a new high school near 60th and L Streets. It will be one of two new high schools in the Omaha Public Schools district. 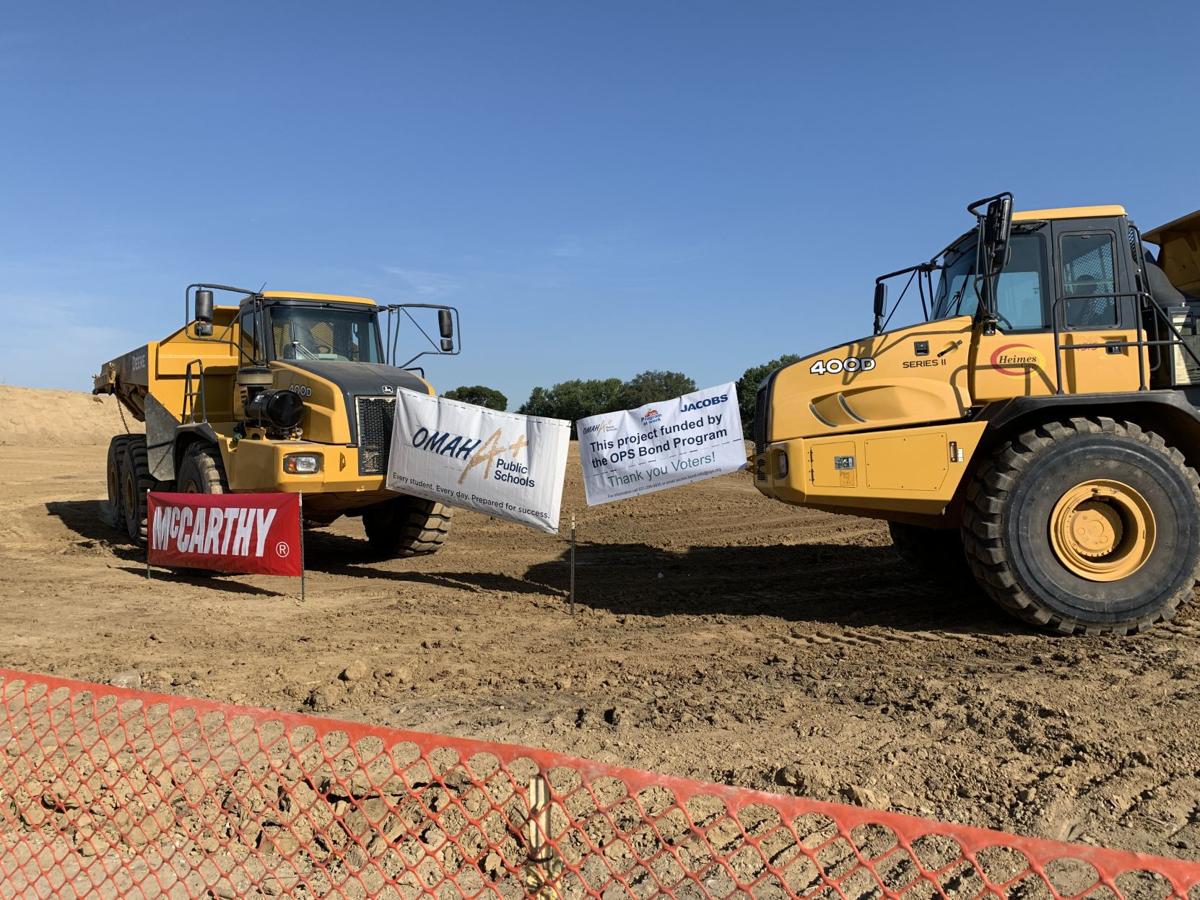 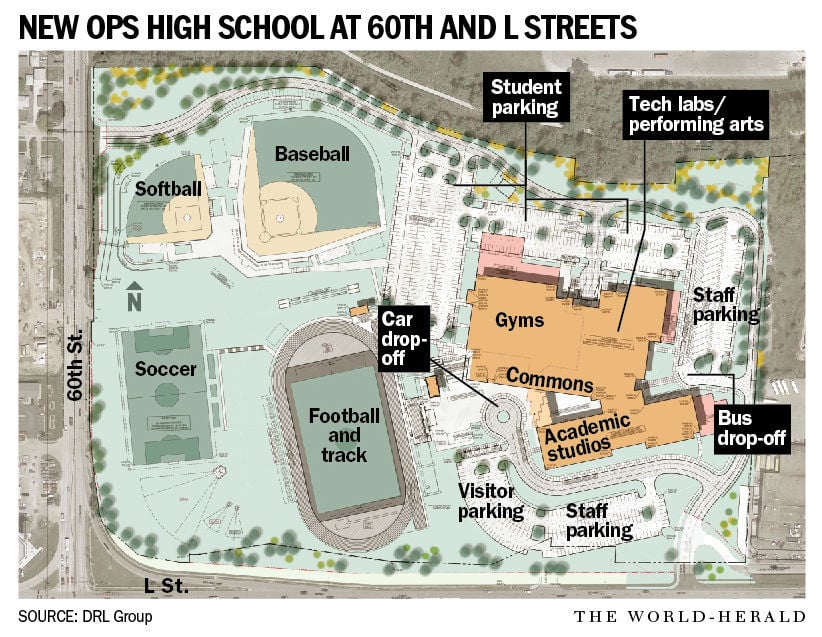 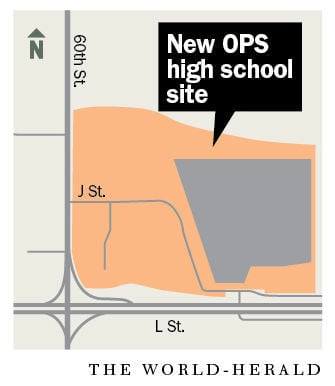 Officials and students broke ground Friday at the site of one of two new high schools in the Omaha Public Schools district.

It will be the first time the district has opened a high school since the 1970s.

“We know that we have needed a school down here in South Omaha for some time,” Superintendent Cheryl Logan said at the groundbreaking event.

The new school will accommodate 1,500 students. The district’s two high schools near the new site — South and Bryan — have a combined 5,000 students, Logan said.

When the school opens, it will welcome ninth and 10th graders. A group of sixth graders from Ashland Park-Robbins Elementary School attended Friday’s ceremony and helped lead the crowd in saying the Pledge of Allegiance. The sixth graders likely will have the option of attending the new school.

School attendance boundaries and a name have not been decided.

The estimated cost of the project is $92 million, funded through bond issues. Another school near 156th and Ida Streets also is set to open in 2022.

The 285,000-square-foot building will sit on the site of the former Ryan High School. The facility will be “flooded with technology” and every square foot will be a teaching space, said Mark Sommer, program manager with Jacobs Engineering Group, the firm overseeing OPS’s bond work.

“Nobody knows what education’s going to look like 20, 30, 40 years from now,” Sommer said. “It’s the most flexible type of facility that can be designed.”

Separate staircases by gender and a fire escape slide: Check out six interesting features that once existed or still exist at local high schools

A pool at OPS headquarters

New OPS high school at 60th and L will have maker studios, marker board walls

It is the first time OPS is building a high school in this century. The district, which hasn't opened a high school since the 1970s, is in the process of designing two.

This week, district officials are giving parents and community members a glimpse at early plans for two new schools and taking questions. Tuesday the focus was on the high school planned for 156th and Ida Streets.

Designers of the new high schools want to accommodate shifting trends in education, while keeping the buildings flexible enough to adapt to future needs.

Elkhorn North, when it opens in August of 2020 near 180th Street and West Maple Road, will have capacity for 1,200 students with room to add space for 500 more.

The nationwide pool of semifinalists represents less than 1% of U.S. high school seniors.

Chip Townsend’s message, and the message he’ll deliver again next month in Omaha, was about leadership and the golden rule — treat others as you want to be treated.

Westside slightly lowers levy, but property tax bills may not go down

Property taxes on a $250,000 home that doesn’t see a change in valuation will decrease by $6.28, district officials said.

A representative of the YMCA said the organization is still fundraising $13 million for its facility at the new high school.

The board voted 8-1 to change school attendance areas for the state’s largest school district. Board member Lou Ann Goding voted no.

In the Bennington Public Schools, residents will vote on a plan to keep up with growing enrollment. Among the projects would be a building a new middle school and buying land for a second high school. The spending in the Millard Public Schools would focus on existing schools, while the Springfield Platteview Community Schools is looking to build a new elementary school.

District officials say passage would bring about a 1-cent increase in the property tax levy — a $20 annual hike for a $200,000 house.

Officials and students ceremonially broke ground Friday at the site of a new high school near 60th and L Streets. It will be one of two new high schools in the Omaha Public Schools district.