LINCOLN — A measure that would require the University of Nebraska to publicly release just one finalist for top leadership jobs is headed to the floor of the Nebraska Legislature.

Under Legislative Bill 1109, NU would be able to identify a single priority candidate 30 days before a vote by the Board of Regents. The bill would specifically exempt NU from current public records law, which requires that four finalists be named.

Media and government watchdog groups have argued that the proposal would cut the public out of the process of selecting leaders for the public university.

But Gretna State Sen. John Murante, the bill’s sponsor, said the measure balances solving a problem the university faces in attracting the best candidates and maintaining an open selection process.

Murante said people were asking for a closed selection process, but he was unwilling to introduce such legislation.

NU declined to specify the number of applications it received for the UNL chancellor’s job. But NU President Hank Bounds said during a legislative hearing last week that the candidate pool was “a fraction of the size” of what he would expect, and blamed the low number on the public process.

The names of the four finalists would not be made public under Murante’s proposal. Only a single priority candidate, and his or her application, résumé and other documents, would be announced.

Thirteen lawmakers, including Murante and Speaker of the Legislature Galen Hadley, have signed on to co-sponsor the bill.

Murante introduced the bill after NU said numerous candidates won’t apply for leadership positions because they would be “outed” as a finalist, putting their current jobs at risk.

The proposal will be prioritized, Murante said.

Murante said he’s pleased that the full Legislature will debate the measure and praised it as good public policy. Others, however, disagreed.

Omaha Sen. Beau McCoy, a member of the government committee who voted against advancing the bill, said he takes issue with naming just one finalist because that doesn’t allow Nebraskans to compare the candidates.

“That breeds an appearance of secrecy,” he said.

McCoy said that when taxpayer dollars are involved — 23 percent of NU’s total budget comes from the state, according to a NU spokeswoman — disclosure and transparency “are paramount.”

“Because that’s what the citizens of Nebraska deserve,” he said.

Former Gov. Dave Heineman, who publicly expressed his interest in 2014 in the NU presidency as his term as governor was coming to a close, said he is “absolutely” opposed to Murante’s bill.

He said the current process of naming four finalists has served the state well and “resulted in one of the most outstanding presidents we’ve ever had in J.B. Milliken, and by all accounts, the new president, Hank Bounds, is off to a great start.”

“In the public sector,” he said, “the shareholders are the taxpayers of Nebraska, and we want to know what’s going on.”

North Platte Sen. Mike Groene vowed to fight LB 1109 on the floor, arguing that the proposal goes in the opposite direction of the public’s increasing demand for more government openness.

He said the measure is coming from the top down — not from average taxpayers. The Board of Regents support Murante’s proposal.

When a single finalist is named, questions will be raised about whether women or diverse candidates were considered, Groene said.

“This is going to cause more problems. I don’t know what it helps,” he said. “Transparency in government is never a wrong choice. We should always err in the favor of transparency.”

Murante’s bill would also mandate that public forums on the NU presidential candidate be held at each of NU’s campuses.

Current state law doesn’t require public hearings, though Bounds and three other finalists for NU president were interviewed publicly by the Board of Regents and held a public forum on each campus.

Along with Murante, Sens. Tommy Garrett of Bellevue, Joni Craighead of Omaha, Matt Hansen of Lincoln and Tyson Larson of O’Neill voted to advance the bill.

This is going to cause more problems. I don’t know what it helps. Transparency in government is never a wrong choice. We should always err in the favor of transparency.”

The University of Nebraska announced the finalists Tuesday morning. All the candidates will visit Nebraska over the next three weeks and participate in public forums before a selection is made.

One of the key positions with the University of Nebraska is about to be filled. It’s encouraging to see that four highly qualified candidates …

Under the bill, NU would be able to identify a single priority candidate 30 days before a vote by the Board of Regents. The bill would specifically exempt NU from Nebraska's current public record law that requires four finalists be named.

Current state law requires NU to make public the names of four finalists for university president and chancellor positions. Under LB 1109, the university would be exempt from the public records law, and would only have to disclose the name of one finalist.

Common Cause Nebraska released a report Tuesday showing that entities have quadrupled their spending on efforts to promote, shape or stop legi…

Under Legislative Bill 1109, NU would publicly identify a single priority candidate 30 days before a vote by the Board of Regents.

Board Chairman Howard Hawks said the regents will probably need at least one more closed session to discuss the four finalists before making a selection in a public meeting.

Dave Heineman makes it official: He wants to be University of Nebraska president

A professor at the University of Nebraska-Lincoln immediately expressed concern that the governor’s public candidacy would discourage others from applying and guaranteed an unfair competition for the post.

See the tapes that could unravel a controversial mine project

See the tapes that could unravel a controversial mine project

WATCH: Biden says he will stop deportations in the first 100 days of presidency | Noticias Telemundo

WATCH: Biden says he will stop deportations in the first 100 days of presidency | Noticias Telemundo 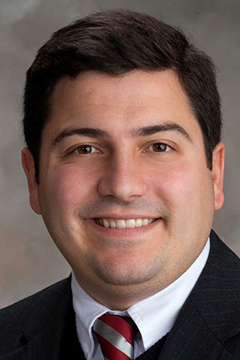 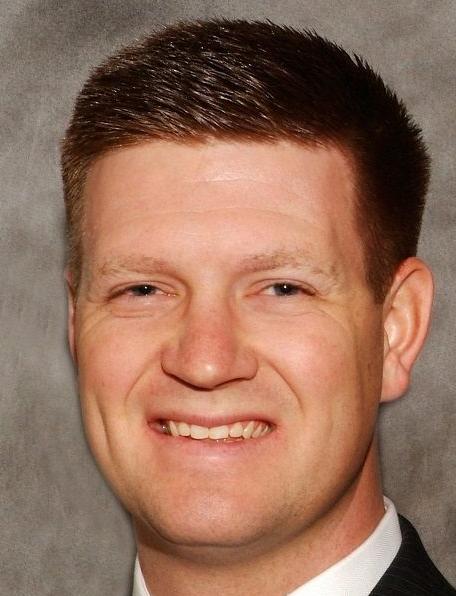