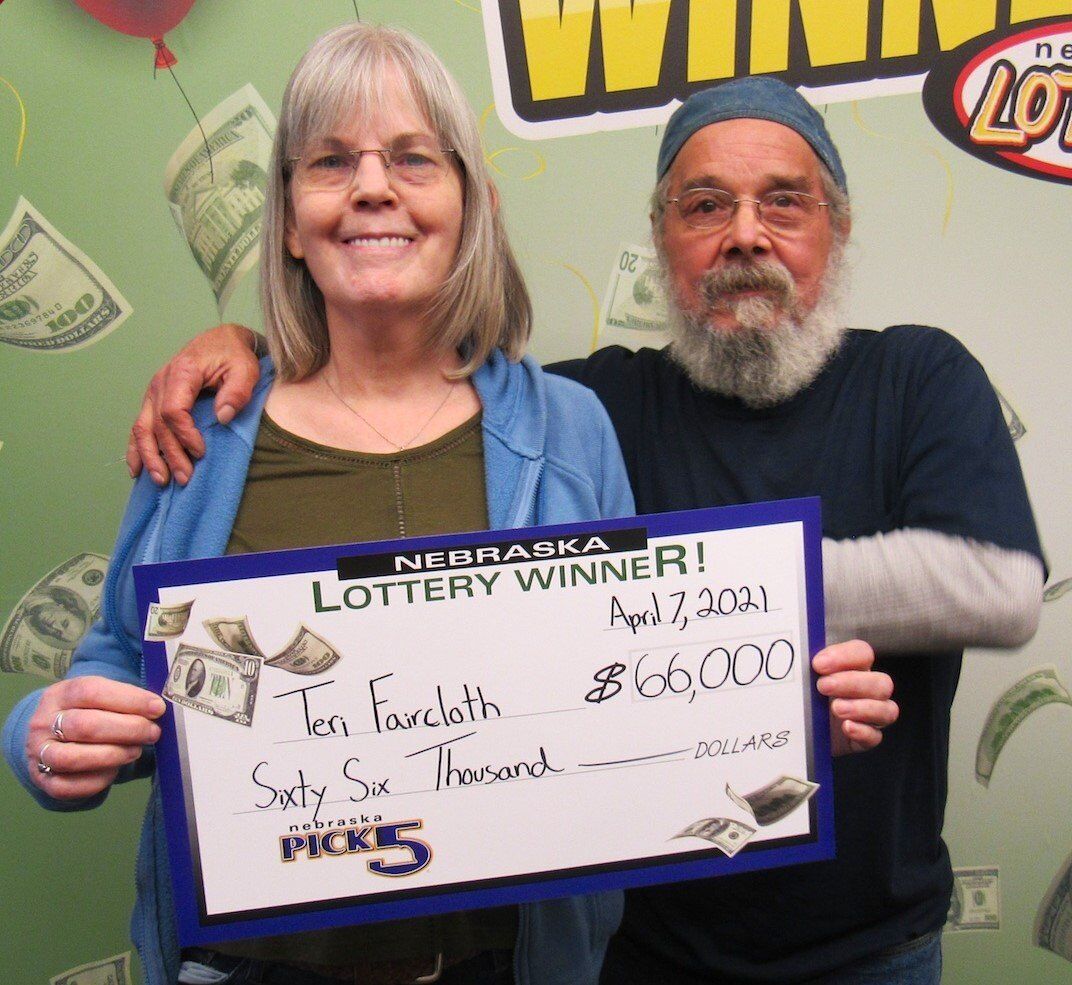 Teri and James Faircloth of Omaha. 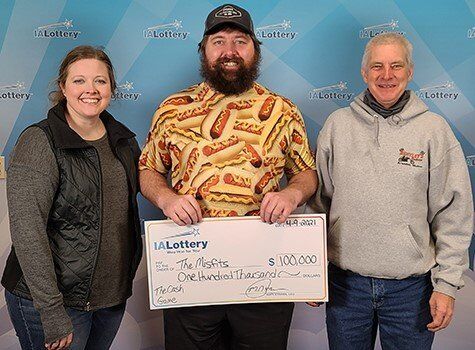 “The Misfits” — Alicia Bonham of McClelland, Iowa, and Joshua Gunnarson and Terry Gunnarson of Marathon, Iowa.

Somebody bought a $62,000 winning ticket for Monday’s Nebraska Pick 5 lottery game, the latest in a lucky streak for metro Omaha lottery players.

That ticket was sold exactly one week after Teri Faircloth of Omaha purchased a $66,000 winning Nebraska Pick 5 ticket at a Hy-Vee Drugstore in Florence. One of the two quick-pick tickets she bought matched that day’s winning numbers: 10, 12, 16, 18 and 36.

Faircloth’s husband, James, told lottery officials that he had stopped by the store to scan the tickets and find out if they were winners.

He said the clerk’s eyes got very big. Then, quietly, she told him, “You won!”

The Faircloths claimed the prize on April 7 — their wedding anniversary. They said they plan to use their winnings to install a new heating and air conditioning unit in their Florence home.

A trio of western Iowans calling themselves “The Misfits” also won big last week, earning a $100,000 payoff playing a scratch-off ticket they purchased in Council Bluffs.

Alicia Bonham of McClelland and Joshua and Terry Gunnarson, both of Marathon, bought a $10 “The Cash Game” Iowa Lottery ticket at a Casey’s General Store on Virginia Hills Road. They claimed the fifth of 12 grand prizes in the game.

Danielle and Matt Czuba of Omaha won $20,000 playing the Nebraska Lottery’s “Supreme Cash” scratch-off games. Danielle said she plans to use some of the money to visit her family in Ireland, her native country.

The Nebraska Lottery: 25 years of fun

A look at how the state has benefited from more than $700 million in funding for education, the environment, the State Fair and gambling assistance programs.

Lottery is building a better Nebraska

The $704 million raised in the past 25 years has benefited people and programs across the state.

Lottery profits a life-saver to the State Fair

The annual event, which marks its 150th anniversary next year, is now flourishing.

Wildlife, water, land are all better off thanks to lottery

Proceeds of $299 million have allowed the Nebraska Environmental Trust to do a wide variety of projects in all 93 counties.

When gambling problems surface, legislation ensures that help is available

Nebraska Lottery Scratch and Lotto games are available at more than 1,200 retailers across Nebraska. Visit nelottery.com for more information.

For the past few years, Coffin’s Corner has been the top seller of the Nebraska Lottery’s Scratch tickets.

Get alerts on new games, contests and promotions, and access to updates on research and surveys.

A Nebraska Lottery sponsored feature produced by the Omaha World-Herald.

While a snowstorm moves into the western part of the state, eastern Nebraska, including Lincoln and Omaha, can expect rain Thursday and Friday.

Teri and James Faircloth of Omaha.

“The Misfits” — Alicia Bonham of McClelland, Iowa, and Joshua Gunnarson and Terry Gunnarson of Marathon, Iowa.