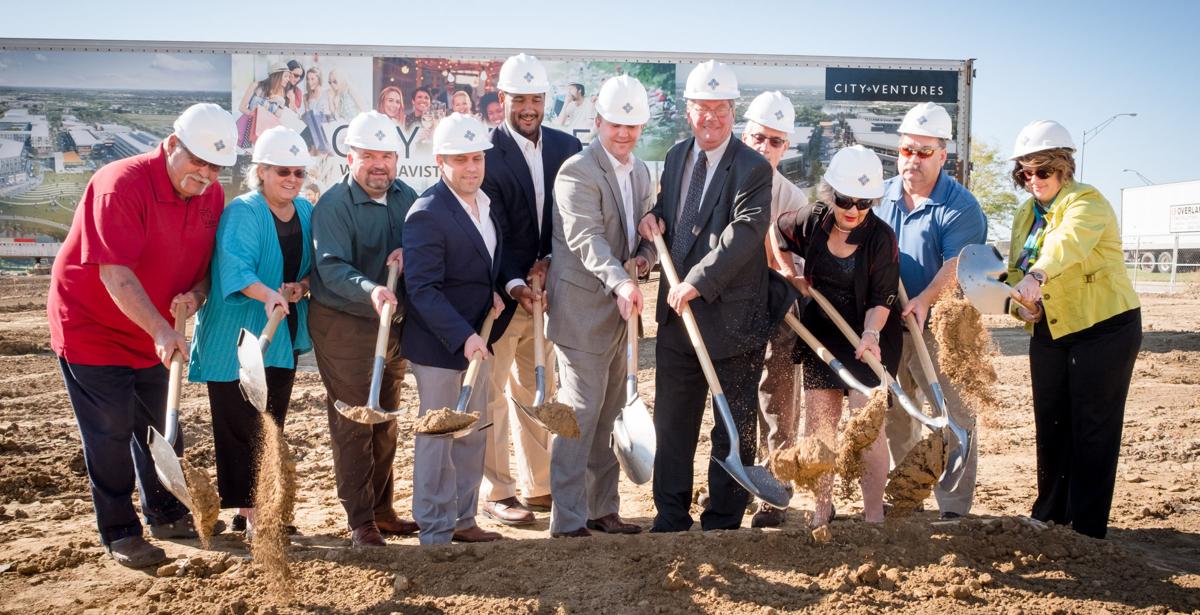 La Vista Mayor Doug Kindig, fifth from right, members of the La Vista City Council and the team from City Ventures participate Wednesday in a groundbreaking for the 200-million-dollar redevelopment project at 84th Street and Brentwood Drive in La Vista. 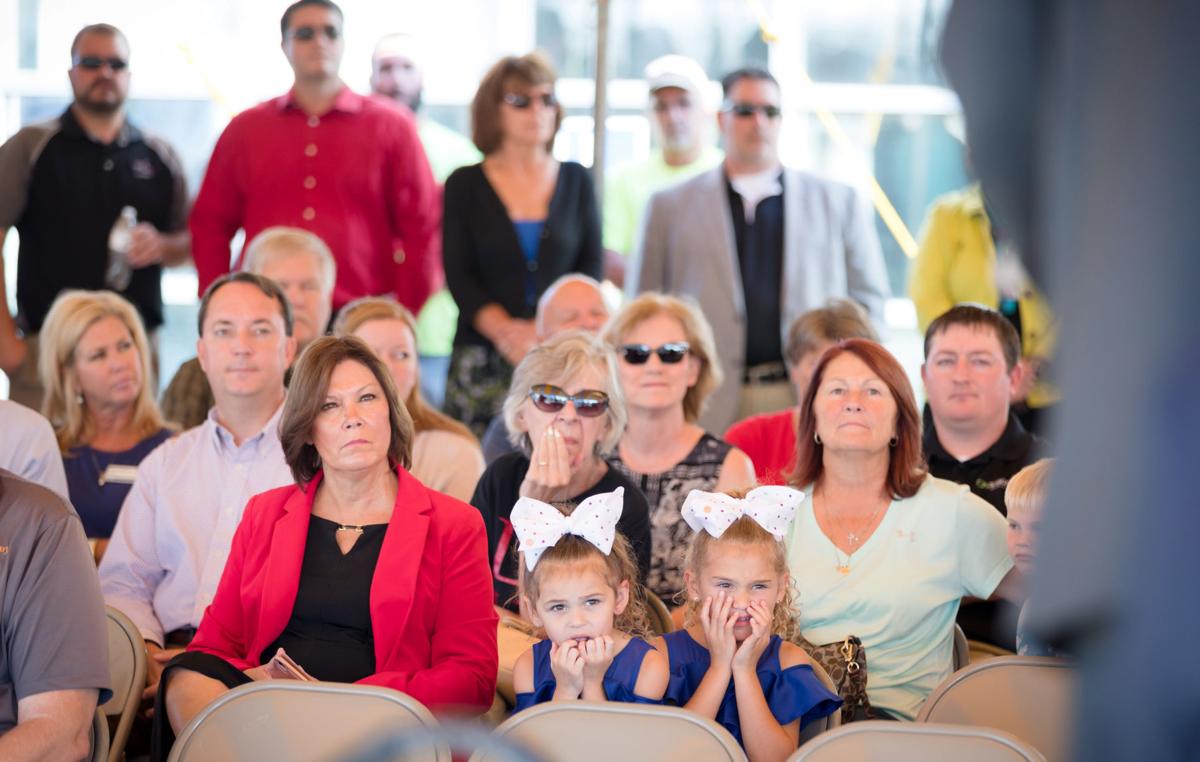 A crowd listens during the groundbreaking event for La Vista's $235 million City Centre redevelopment on 84th Street. About 100 people, including city and Sarpy County leaders, were in attendance. 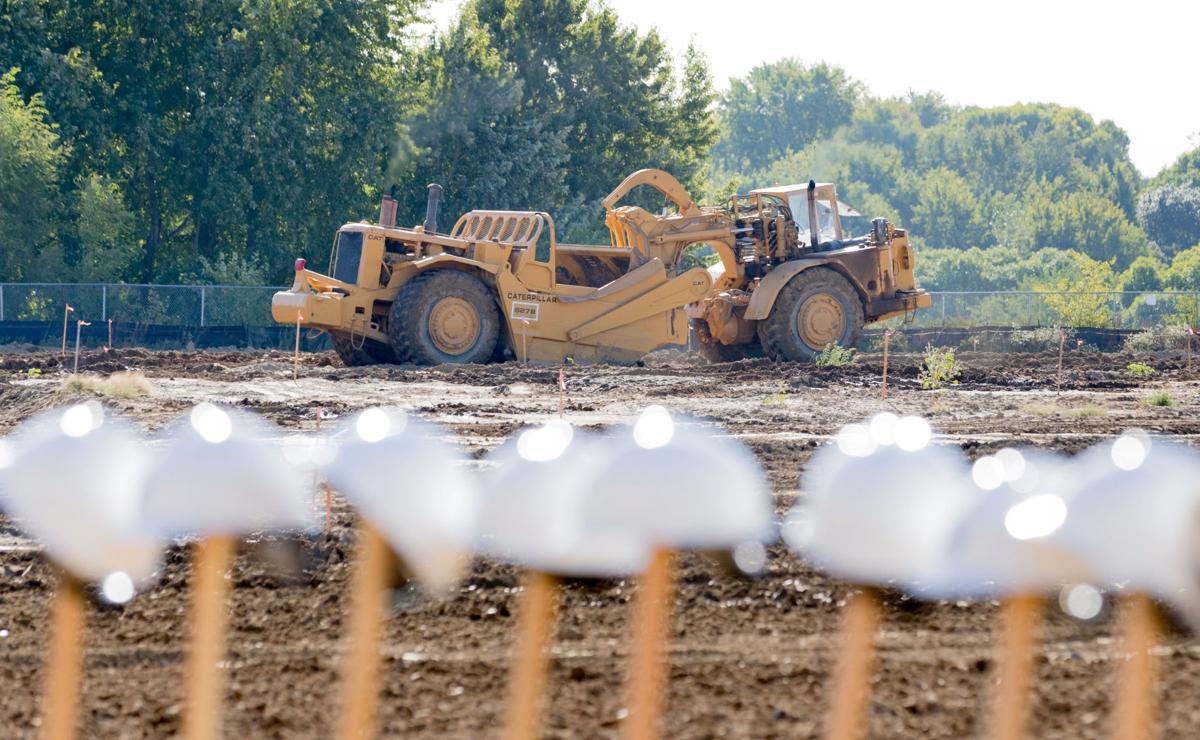 Earthmoving equipment was at work on the project as the groundbreaking ceremony speeches got underway Wednesday in La Vista. 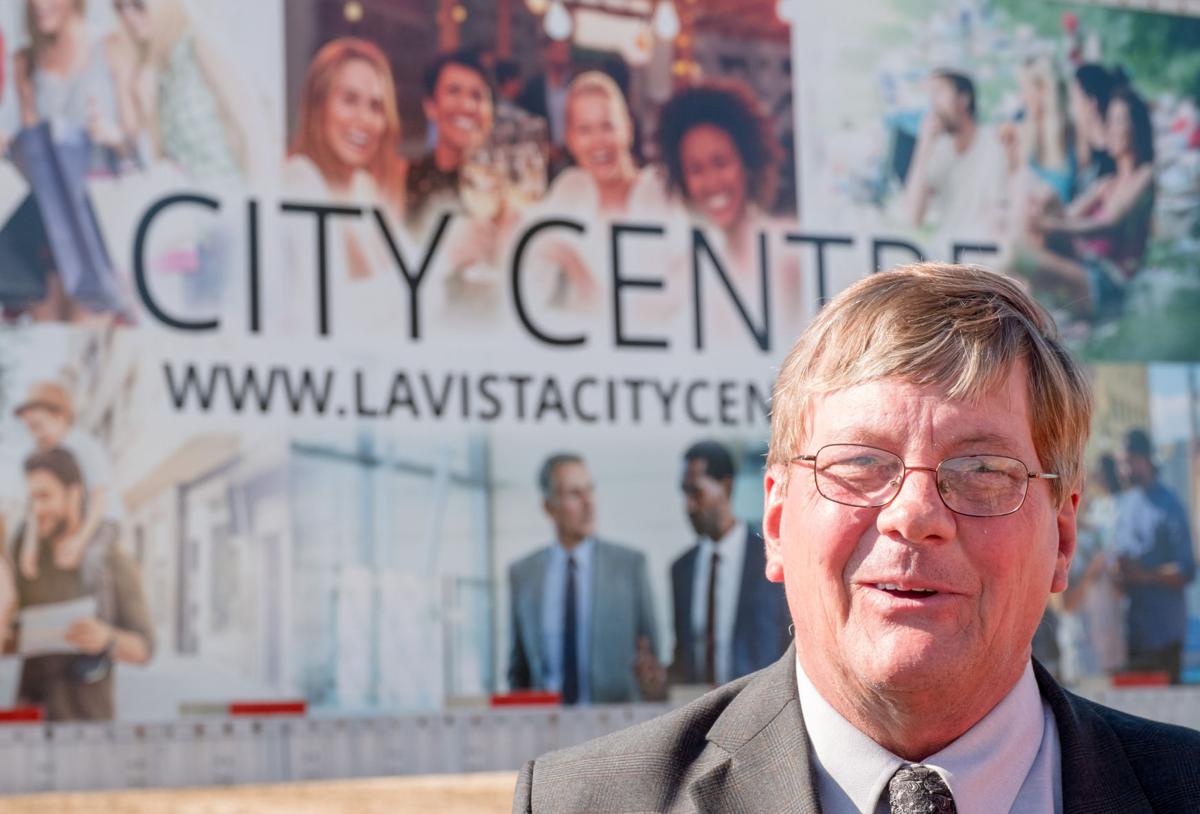 La Vista Mayor Doug Kindig speaks with the press after the groundbreaking ceremony.

For the last decade, people have badgered La Vista Mayor Doug Kindig with questions about the dilapidated former retail center on 84th Street. “When is 84th Street going to have something happen?” he said they asked. “What are you going to do?”

And no one, he said, asked as often as his mother.

“Today, I get to give her an answer,” Kindig said Wednesday morning at a groundbreaking for the planned $235 million City Centre, a long-awaited redevelopment of 84th Street between Harrison Street and Giles Road.

About 100 people, including city and Sarpy County leaders, were in attendance.

“When someone asks, ‘Where is La Vista,’ we hope eventually that this is the place that they point to,” said Chris Erickson, a developer with City Ventures, who is leading the project.

The redevelopment aims to become the downtown the city never had, Erickson said. Plans call for 384 apartments, 23,000 square feet of offices and 70,000 square feet of restaurants, bars and retailers. The whole thing will overlook a city park and lake that will replace the La Vista Falls Golf Course. Erickson said he is still in the process of lining up tenants.

Phase one of the project is the north half of the downtown main street as well as construction of a First National Bank building. Permits have been filed for three buildings so far. Construction will start next week and continue the next few years, he said. Businesses are scheduled to open in late 2018 or early 2019.

The redevelopment has been a long time coming, Kindig said. But the patience of residents, elected leaders and city staff has paid off in “making a dream become a reality.”

What was once a two-lane state highway bordered by farm fields and a trailer park eventually became La Vista’s “Golden Mile” of retail development. But in recent years, that stretch has been marred by empty storefronts and a dilapidated parking lot. City Ventures has been involved for about three years, Erickson said. Buildings started coming down in December.

“It is a monumental day for us,” Erickson said.

Gone are the 110 dingy sleeping rooms, replaced by 40 upscale apartments. Shared hallway toilets have morphed into black-and-white, retro-looking master bathrooms. Blue awnings have been switched out for new pink ones, with a front door to match.

Owner Christian Christensen said he sought to create an “intimate” setting — with art and amenities including urban garden plots, a spa for pets and a gym for humans that looks onto an outdoor courtyard with a swimming pool, grills and fire pit. He envisions fast-paced residents coming home and changing gears.

In its first time using tax-increment financing, La Vista is issuing $13.5 million in TIF notes for the first phases of the multimillion-dollar 84th Street redevelopment.

Study not big on amphitheater as part of La Vista development

Bigger touring acts at the site would create too much noise near a residential area, and the venue would struggle to compete against existing venues, a study finds.

The sign posts will have flashing signals that warn drivers of the crosswalk. The new lights will raise the total cost of the project to about $90,000.

Sarpy County and its cities are uniting to conquer a natural ridgeline that cuts roughly east and west across Sarpy County, leaving the portion of the county south of the ridgeline mostly without sewers and therefore without new development or growth.

Chili’s will be torn down for La Vista development, but it may find new home there

The Chili’s Grill & Bar on 84th Street in La Vista eventually will be demolished to make way for the $235 million City Centre but may become part of the redevelopment.

The City Centre project, funded by developer City Ventures, is expected to cost $235 million total. The city has said it will spend $22.7 million on parking garages and a temporary surface lot as part of the redevelopment. The city has also agreed to $37.4 million total in tax-increment financing for the project.

La Vista will spend $9.6 million on parking and infrastructure for its 84th Street redevelopment, which includes turning a former city golf course into a park. The City Council approved the initial construction contracts for the project at its Tuesday meeting.

Now two widely known booking companies have joined with a local developer on a concept that’s unlike anything local concertgoers frequent today: an indoor-outdoor club and amphitheater. First they have to get La Vista on board.

La Vista Mayor Doug Kindig, fifth from right, members of the La Vista City Council and the team from City Ventures participate Wednesday in a groundbreaking for the 200-million-dollar redevelopment project at 84th Street and Brentwood Drive in La Vista.

A crowd listens during the groundbreaking event for La Vista's $235 million City Centre redevelopment on 84th Street. About 100 people, including city and Sarpy County leaders, were in attendance.

Earthmoving equipment was at work on the project as the groundbreaking ceremony speeches got underway Wednesday in La Vista.

La Vista Mayor Doug Kindig speaks with the press after the groundbreaking ceremony.