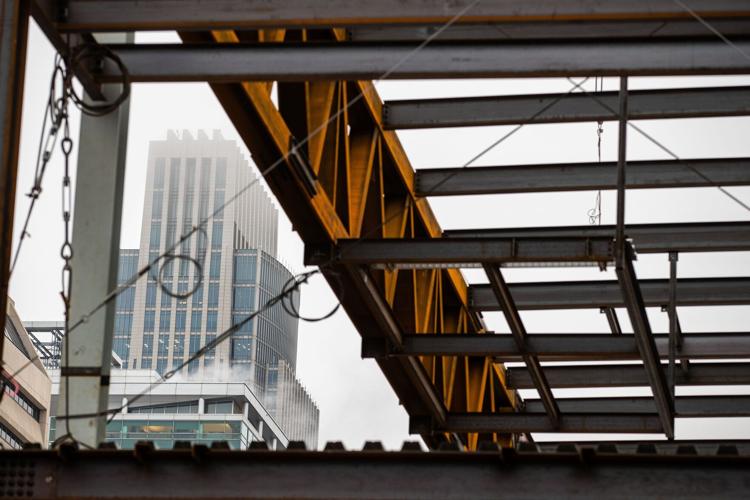 First National Tower is visible through downtown construction Tuesday. The area east of 72nd Street gained more than 13,000 people between 2010 and 2020, reflecting many young people’s preference of an urban lifestyle as well as sizable community investment. 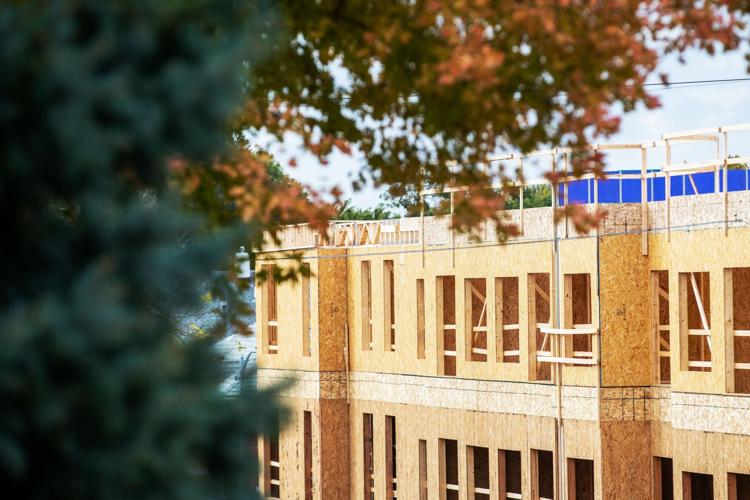 An apartment complex is starting to rise on the northwest corner of 38th and Leavenworth Streets. 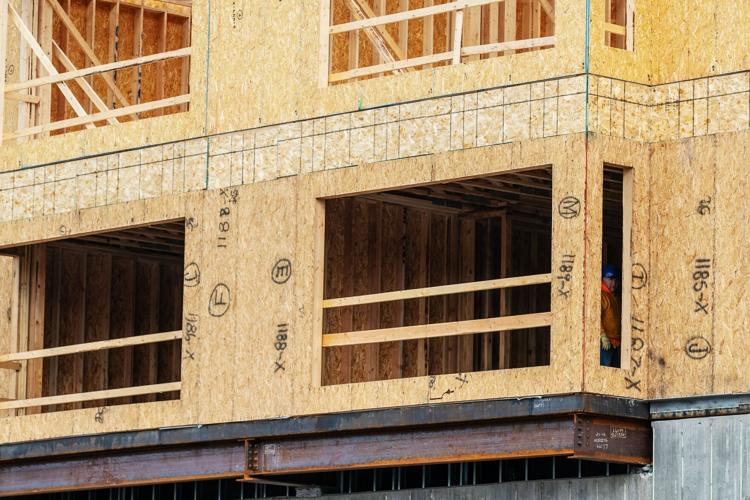 An apartment complex is starting to rise on the northwest corner of 38th and Leavenworth Streets on Tuesday.

Omaha is showing solid progress in attracting people to the city’s core.

New 2020 Census figures show Omaha’s urban center population grew over the past decade inside the Interstate 680 loop and especially east of 72nd Street.

Over the last 50 years — a period of ever-stretching suburban expansion for Omaha — the population east of 72nd Street has still fallen by more than 40,000 people.

But that decline would have been even larger if not for the urban area’s growth since 2010. A World-Herald analysis of 2020 Census counts shows that the area east of 72nd Street gained more than 13,000 people during the decade.

“What we’re seeing is in fact a real shift in preferences, not for everybody, but for a big segment of the population,” Shukert said.

Throughout this millennium, Omaha government, business and philanthropy have focused billions of dollars in investment in and around downtown, the riverfront and midtown to reestablish the urban core’s presence. Even as the suburbs grow, civic leaders consider a thriving downtown and urban core to be a driver of the entire metro area’s economy and vitality.

David Drozd, a census expert and research coordinator at the University of Nebraska at Omaha’s Center for Public Affairs Research, said the population figures for downtown and midtown were particularly strong.

Overall, Drozd said, the population figures came in well for Omaha, reflecting growth from new housing on the suburban fringe but also the strength of downtown and midtown. 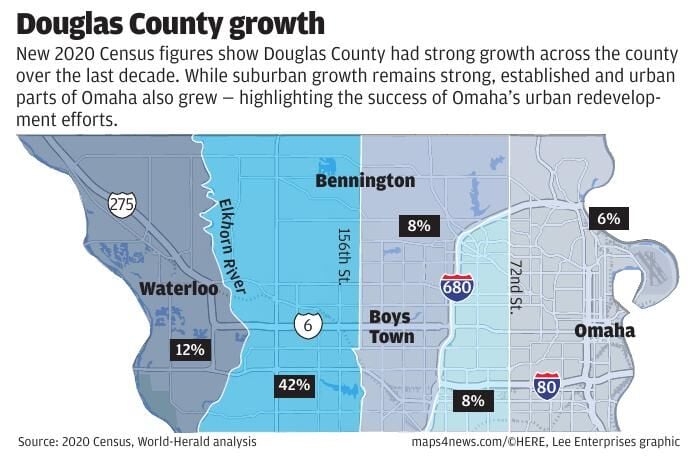 Seventy Five North, located along North 30th Street near Lake Street, is just one of the major efforts to revitalize Omaha’s established neighborhoods.

Founded in 2011 after the demolition of the Pleasantview Homes housing project, Seventy Five North is rebuilding the neighborhood with new mixed-income housing and programs to support education, health and wellness in the community.

Cydney Franklin, president and CEO of the nonprofit effort, said the development has 161 town houses, row houses and apartments fully leased and housing 400 people. Later this year, she said, Seventy Five North will break ground on 108 more mixed-income units, followed next year by starting work on another 50 units.

The hope is that it will be an example for other parts of Omaha to follow, especially in North Omaha, where the need for affordable housing persists, Franklin said.

“We are going to be building for the foreseeable future — opportunities and enhancements that make strong neighborhoods strong,” she said.

Steve Jensen, an urban planner and principal with Steven Jensen Consulting, said the urban growth validates a lot of hard work by people behind the scenes over the last 50 years.

Jensen said Omaha had gotten away from its historic character of a city built around walkable neighborhoods and a place people can traverse by transit. At the same time, Omaha shed jobs downtown, essentially in exchange for parking stalls, he said.

Now, as people return to the urban core, Jensen said Omaha needs to start bringing jobs back. One of Omaha’s next steps, he said, is for more buildings to rise in scale, helping Omaha develop a truly urban big-city lifestyle that attracts and retains top talent.

“If we stay the course we have been on for the last 50-plus years, I think we will see a really strong central city,” he said.

Others are urging Omaha to take bolder steps toward building a more attractive, urban city.

The grassroots Omaha Missing Middle effort is pushing for Omaha to allow more and smaller-scale duplexes, town houses and accessory dwellings — a housing style between traditional single-family houses and mid-rise apartments and condos.

Grace Thomas, a leader of the effort, said that in the five years she has lived in the city, the transformation has been exciting.

Still, Thomas said, a different mix of housing “should be accessible for lots of people, and that’s something that we’re really trying to achieve.” Those kinds of housing changes will help drive population growth in the city, she said.

The Greater Omaha Chamber of Commerce is working on two major efforts, as well. One is ConnectGO, which is proposing significant investments in the region’s transportation system, in part, to build up Omaha’s urban center with bike lanes, better transit and walkable neighborhoods and historic commercial districts.

Omaha’s urban core is also the focus of a chamber group tasked with stepping up redevelopment efforts there. Part of that involves developing plans for a downtown to midtown streetcar line.

Jay Noddle, who is leading the urban core group and serves as president and CEO of the commercial real estate firm Noddle Companies, said the pace of Omaha’s urban development in the last 25 years and the prospects for the next 15 years are “nothing short of remarkable.”

“I think the future around here is really, really bright,” he said.

Said Dave Fanslau, director of the City Planning Department: “It’s a good time to be involved in development in Omaha.”

Nebraska is a worker-starved state, and Sarpy County has some of the priciest housing around. So how, Streck CEO Connie Ryan wondered, was the La Vista-based company going to attract enough workers?

Only "minor adjustments" to current districts are needed to ensure that they are substantially equal in population, Omaha City Council President Pete Festersen said.

The company, Automotus, will provide a camera system that uses artificial intelligence and algorithms to gather information on curbside crowding in Omaha.

Scientists: Why there's more light than there should be in the universe

The reason Japanese fans clean up after World Cup matches

The reason Japanese fans clean up after World Cup matches

A winter wonderland in Denmark? Why you should visit Tivoli Gardens in December

A winter wonderland in Denmark? Why you should visit Tivoli Gardens in December

First National Tower is visible through downtown construction Tuesday. The area east of 72nd Street gained more than 13,000 people between 2010 and 2020, reflecting many young people’s preference of an urban lifestyle as well as sizable community investment.

An apartment complex is starting to rise on the northwest corner of 38th and Leavenworth Streets.

An apartment complex is starting to rise on the northwest corner of 38th and Leavenworth Streets on Tuesday.