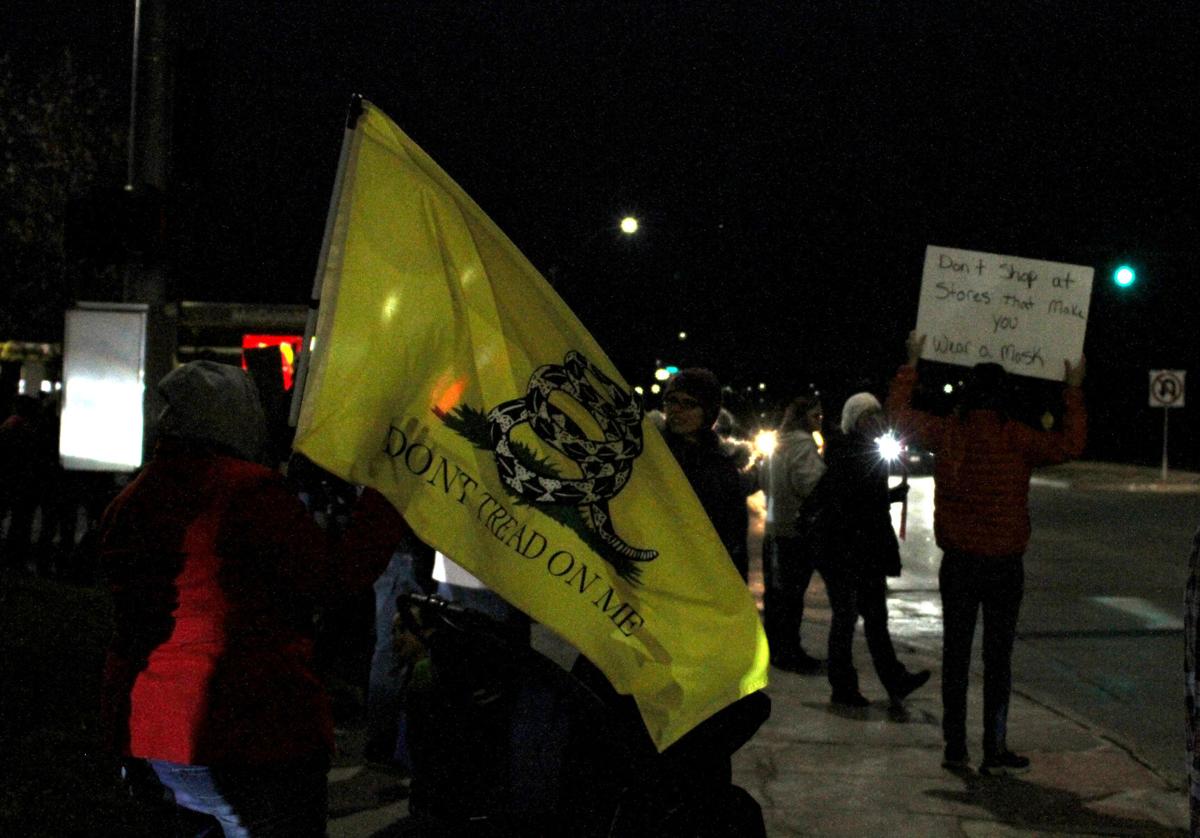 A group of about 35 people gather in front of a Hy-Vee in southwest Omaha to protest mask mandates. 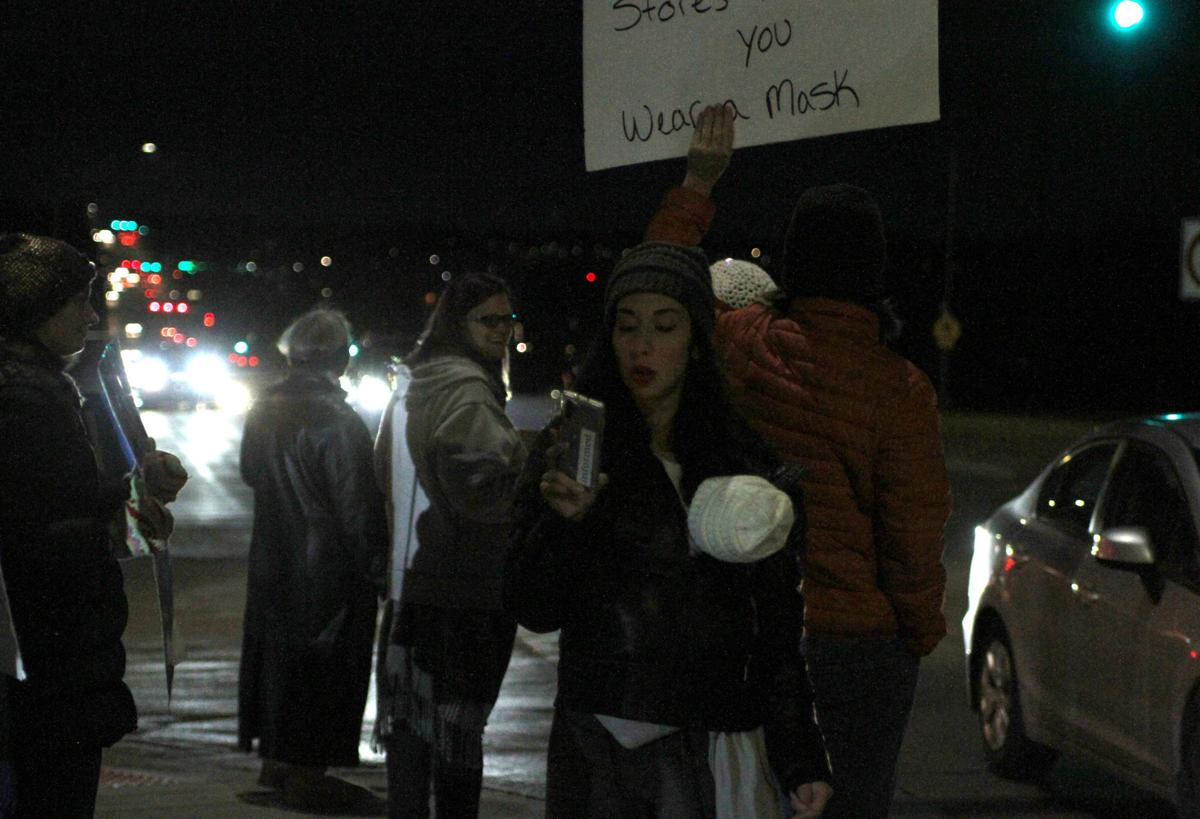 Allie French stands near 180th and Q Streets with her baby daughter and about 35 fellow protesters during a protest against mask mandates Saturday.

As the sun set on another record-breaking day for COVID-19 cases in Douglas County, a group of about 35 people gathered in a parking lot, maskless and determined to protest what many of them consider an “infringement of freedoms.”

Allie French of Omaha stood with the group in the Millard West High School parking lot just before 5 p.m. She held her baby daughter as her 3-year-old son played nearby.

French said the protest had originally been planned as a “small (maskless) group shopping trip” at the Hy-Vee near 180th and Q Streets. Shortly after the plan was made, two billboards that drew attention to Omaha’s anti-mask groups were erected in the Millard area.

One of the billboards, which was erected Monday, featured a crash-test dummy wearing a mask inscribed “comply.” Next to it, in large type, was: “It’s not about a virus! It’s about control!”

The billboard company took them down after public criticism.

Soon after, word of the Hy-Vee “shopping event” spread.

On Thursday, the grocery chain said it would work with the Omaha Police Department to block the protest from taking place at the store.

“We will not allow the event to take place,” the company said in a statement.

Omaha police said they would have officers at the store and would issue citations if people tried to violate the city’s mask ordinance.

French instead planned for a group of protesters to march from the Millard West parking lot to the sidewalk in front of the busy grocery store with signs, flags and no masks.

“We weren’t trying to cause Hy-Vee problems, but we also aren’t just going to let ourselves be bullied and not be able to go to the grocery store, so today we are out here to stand up for that right,” French said. ”We’re not bad people. We just want to be left alone.”

Two police cars were parked among the group in the parking lot, and multiple officers stood at the entrance of the Hy-Vee along with several employees.

Many of the protesters came with family, including Jude and Grace Willett.

The couple were getting ready to march with their 2-year-old daughter.

“It’s about standing up for our medical freedom to choose whether or not we wear a mask,” Grace Willett said. “I’m fine with other people wearing a mask if they want to, but I think that we should all have the choice.”

Jude Willett noted that the government “can make rules and laws, but it has to end at a certain point.”

”Everyone has a choice and the government shouldn’t be stepping on anyone’s freedom,” he said.

The group was mostly a combination of members of the groups Nebraskans Against Government Overreach, No Mask Omaha and Nebraska Patriots.

The county has recorded 270 coronavirus deaths since the pandemic began.

Metro steps up health and safety protocols for pandemic

Metro has taken numerous steps to address health and safety in its buses during the pandemic.

The Siena Francis House has about 255 residents in quarantine or isolation due to a COVID-19 outbreak.

Increasing COVID-19 cases have led court officials to ask that the Nebraska Supreme Court allow the Douglas County Courthouse to scale back to partial shutdown mode.

It was the third-worst rate in the nation, according to data from Johns Hopkins University. A record 1,392 people infected with COVID-19 were hospitalized statewide as of Sunday night.

Authorities said that on June 1, the fourth day of the city's racial justice protests, the man, a felon, was in downtown Omaha in a group that had violated the 8 p.m. curfew.

All eight are self-isolating at home, the Department of Corrections said in a press release Monday. 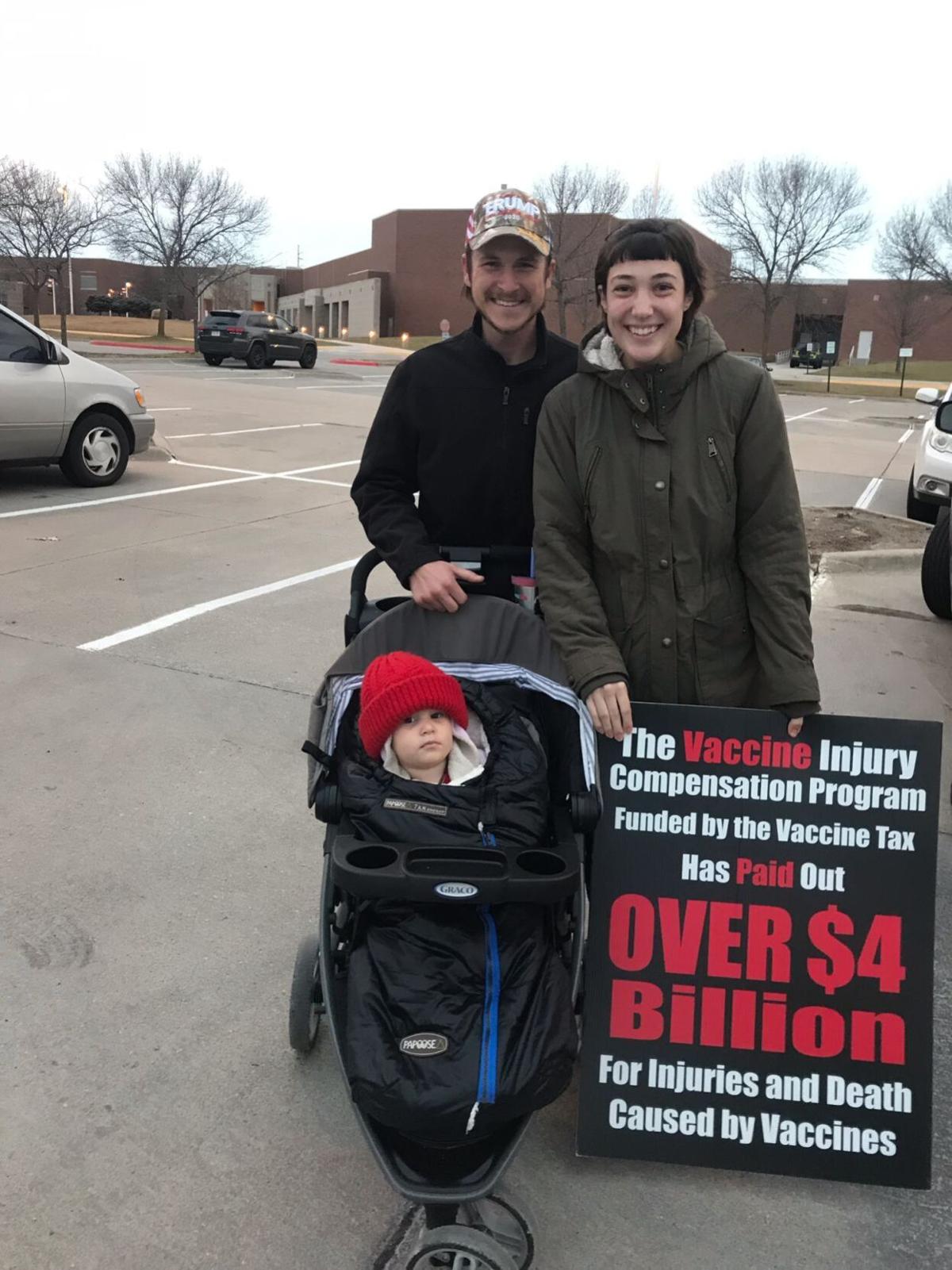 Jude and Grace Willet prepare to march with their two-year-old daughter. The family were among about 35 people to gather outside a southwest Omaha Hy-Vee in protest of mask mandates.

A group of about 35 people gather in front of a Hy-Vee in southwest Omaha to protest mask mandates.

Allie French stands near 180th and Q Streets with her baby daughter and about 35 fellow protesters during a protest against mask mandates Saturday.