At age 30, refugee who survived years of deprivation gets his first birthday party
0 comments
Share this
Nancy Gaarder

That Lang Nyal would live to see his 30th birthday was never certain.

At the age of 13, he saw his father murdered in the ethnic violence that has consumed his home in what is now South Sudan. His mother, Nyathiri, implored her youngest son to run into the unknown countryside, saying, “Starving would be better than watching you die like your father did. I couldn’t bear it.”

Barefoot and carrying little more than a gallon of water, he headed west toward the Nile. That five-day walk was just the beginning of years of deprivation, violence and cruelty. But it was also a journey of hope and determination, one where kindness encountered and kindness returned propelled him forward.

On Wednesday, his American “mom,” Linda Hayek, threw him his first-ever birthday party. Nyal and Hayek got to know each other through a mentoring program at St. John’s Church at Creighton University.

“The world is a good-hearted place — it’s easy to lose sight of that,” Hayek said. “That’s what this friendship with Lang does for me. It gives me a hope in a world that is more good than not.”

Nyal knows what it’s like to be so thirsty one cannot drink. He learned to subsist on food every other day, so that meager rations could be extended. As an elementary school teacher in the refugee camps, he nearly died in a knife attack. Men there were angry that he was encouraging girls to get an education rather than become child brides.

But he also encountered kindness: People who paid his boat fare up the Nile and helped him catch a bus to his first refugee camp. The teacher who saw promise in him.

Nyal is now fluent in four languages. He has a green card, which documents his permanent U.S. residency, lives in the Cathedral neighborhood, works at Tyson Foods in Council Bluffs and is studying to be a nurse at Metropolitan Community College.

Why nursing? “I’ve been through a lot of pain, a lot of failure. I’ve lost so many friends,” he said. “I know how important it is that someone steps up when you are in pain.”

His goals include getting his nursing degree and helping family back home get an education.

“No one chooses to be a refugee,” said Nyal. “We need to do what is best. The thing that refugees need to do … is create an impact. Back home, but here also. Because this is home.”

It was only two years ago that Nyal was able to get word to his mother that he was alive. She collapsed in disbelief, he was told, and then resolved to travel several days by foot through dangerous countryside to reach a town with cellphone service. In February 2018, she heard his voice for the first time in years.

Over the next two years, Nyal will begin the complicated planning to return to Africa for a visit. Hayek hopes to accompany him. Part of that planning is endeavoring to become a U.S. citizen. That would guarantee he can get back into the U.S.

“I hope God will protect her and keep her alive,” he said.

Hardworking and willing to volunteer, Bob McGinnis dies at 85

First Day Hike is part of a national initiative that encourages people to spend time outdoors.

'Think about the next step': Creighton grad takes on 60-day challenge to reflect on time in Omaha

Creighton graduate Timi Onafowokan ran for 60 minutes at 6 a.m. every day for 60 days straight, before moving on from Omaha and this chapter of his life.

Nebraska Gov. Pete Ricketts said Thursday he will provide a consent letter to refugee resettlement agencies, which they can include in applications to federal officials.

They've lived in a refugee camp and Yale Park. Now they own their own home

After the family was evacuated from Yale Park in September 2018, they spent time in a temporary shelter, sleeping on cots, before moving into another apartment. But Thaw Meh set a goal: by the end of October 2019, the family would have a home of their own.

Nebraska's Gurung community celebrates start of the Year of the Rat

The Gurung people, also called Tamu, are an ethnic group from Nepal and Bhutan and are recognized as an official nationality by Nepal. They began celebrating the new year as a community in Nebraska in 2010.

The 16-week classes are open to people from South Sudan living in Nebraska and western Iowa. Classes will be held from 4 to 6 p.m. on Saturdays and Sundays starting Jan. 18.

Holy Family Catholic Church to merge with St. Frances Cabrini; building will serve those in need

Holy Family is known for its service to the poor. For more than 30 years, those in need have been able to come to its doors for sack lunches, clothing, mittens, toiletries and similar personal items. Its congregation also collects food from grocery stores to distribute to food pantries. That work will continue and expand through the Society of St. Vincent de Paul of Omaha, which moved its administrative headquarters to the building last year.

Iraqi man who helped U.S. troops arrives in Omaha after a decade of trying

After more than a decade, an Iraqi man who assisted the U.S. military as an interpreter lands in Omaha to a hero's welcome.

With help from an Omaha synagogue and a few friends, an Iraqi refugee family moved into a west Omaha apartment. 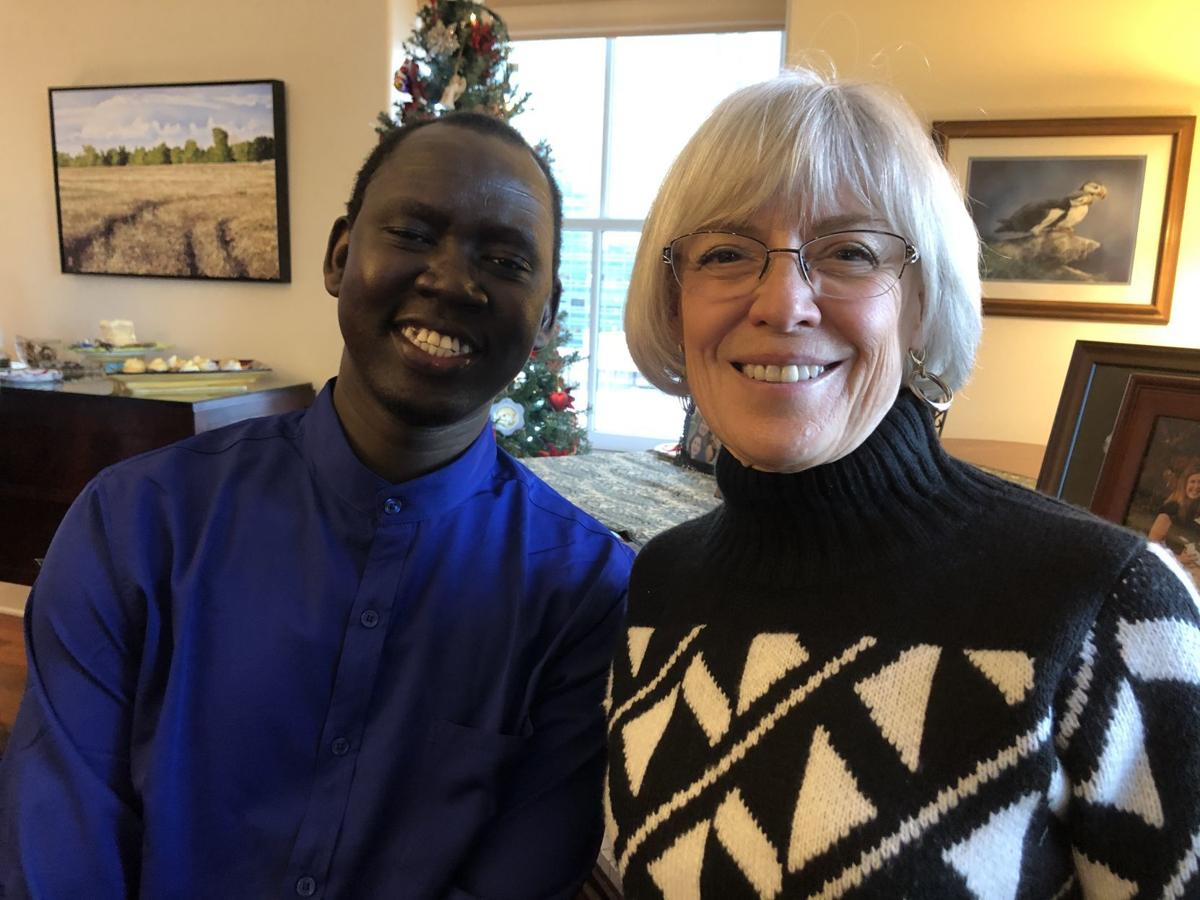 Lang Nyal, a refugee from South Sudan, turned 30 on Wednesday and celebrated with a party, thanks to Linda Hayek, who has come to consider him a son. The United Nations assigns many refugees Jan. 1 as their birthdate.

A large group of people turned out to help Lang Nyal, a South Sudanese refugee, celebrate his 30th birthday at his first ever birthday party.